You are the owner of this article.
Edit Article Add New Article
You have permission to edit this article.
Edit
Home
News
Opinion
Sports
Business
Entertainment
Best of Loudoun
ePages
Special Sections
Obituaries
Jobs
Classifieds
1 of 3 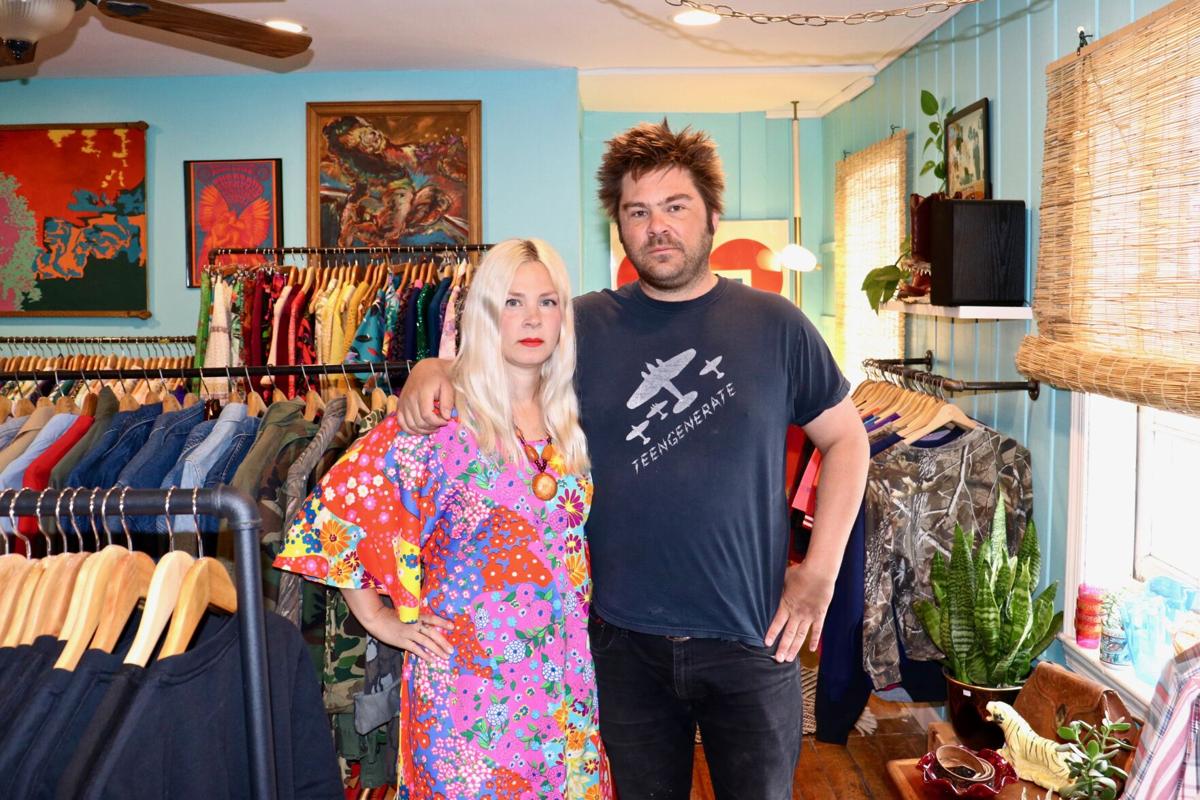 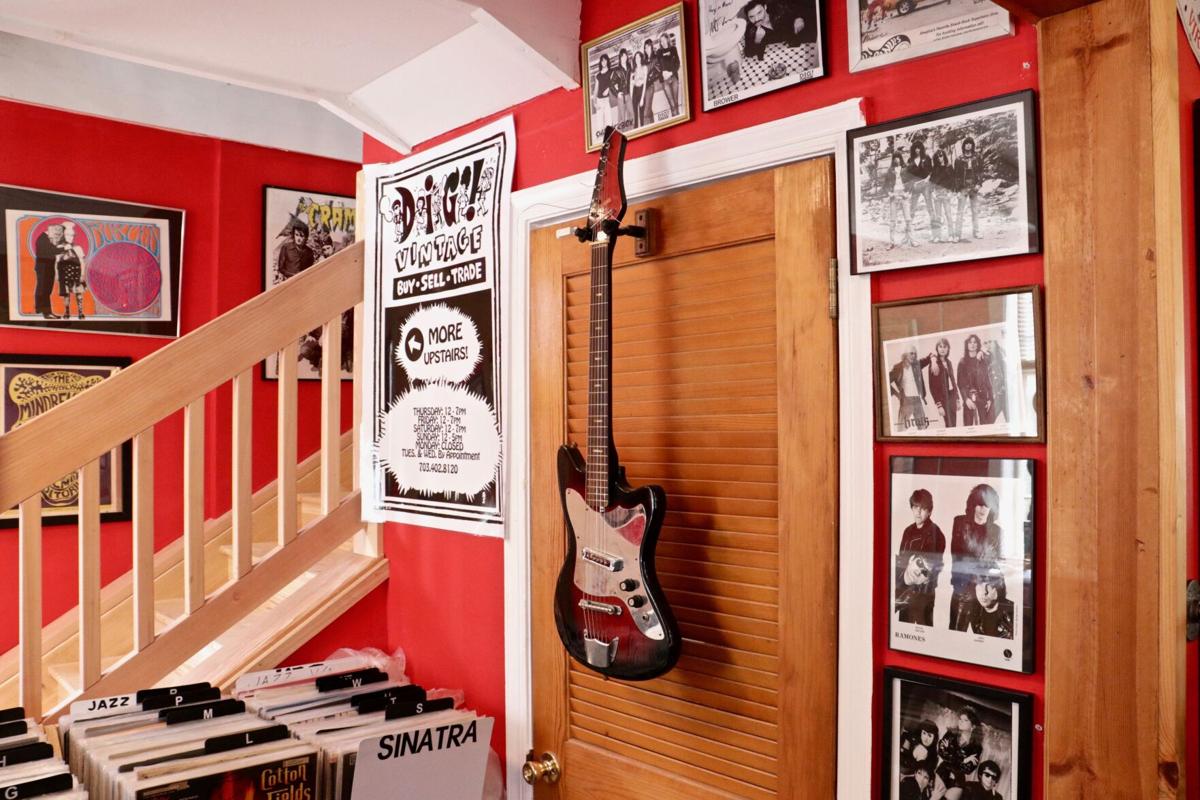 The store has a new interior staircase leading to its second level, which houses racks of vintage clothes as well as $3 records. 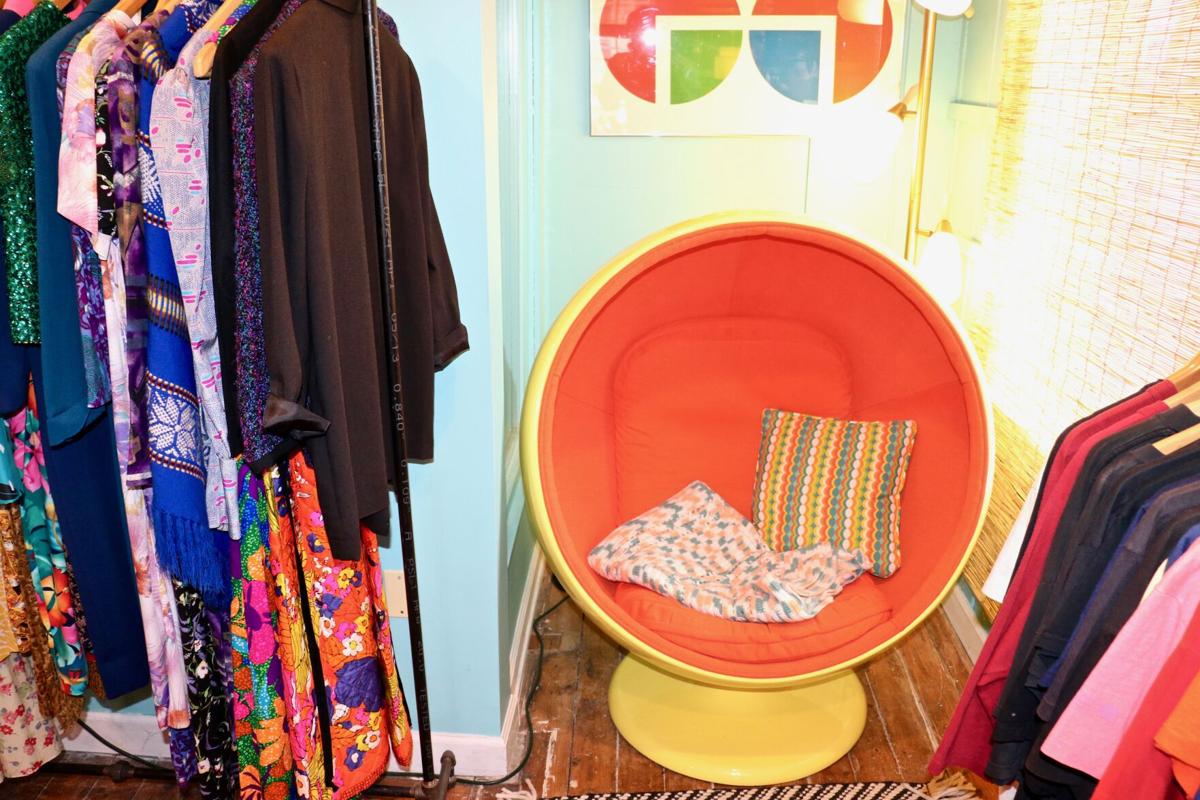 Psychedelic artwork and a '60s-style globe chair are among the decor to be found in the store.

The store has a new interior staircase leading to its second level, which houses racks of vintage clothes as well as $3 records.

Psychedelic artwork and a '60s-style globe chair are among the decor to be found in the store.

After a trying year that included a three-month closure, downtown Leesburg's Dig! Records & Vintage has put the finishing touches on a recent remodel.

The store — located at 212 C Loudoun St. SE — has added an interior staircase leading to its second level, which it took over in December 2019 in order to expand its vintage clothing collection.

"A lot of people didn't know we were even up there," co-owner Kevin Longendyke told the Times-Mirror.

He added that visitors to the shop could previously access the upstairs only by an exterior staircase, leading many to believe the upper level belonged to a separate business.

While Dig! has always included two or three racks of vintage clothing, the second level allows Longendyke and his fiancée, Kelly Hughes, to significantly expand the collection.

"[Selling clothes has] always been something we were into, but the records always take over; they take up more space," Longendyke said.

"It opened up a whole other room for us, so now we have more space," Hughes said of the remodel.

Colorful accoutrement ranging from woven ponchos and floral-print dresses to jackets of denim and camouflage now fill the upper level, as well as a few racks of $3 records.

The space is also vibrantly decorated with psychedelic artwork, music memorabilia, a '60s-style globe chair and a bevy of house plants.

Longendyke said the store's decorations include items brought in over the years by customers, as well as artifacts he’s found at junk shops and flea markets over the years.

"It's definitely a lot of work," he said.

"It's just nice energy to have, especially if you get good light, and we are very blessed with awesome, natural light in this room," Hughes added.

It's that welcoming ambience — as well as the vast collection of music both new and classic, popular and rare — that has kept the Dig! customer base steadily loyal, even after the store was forced to close due to COVID-19 from March to June of last year.

"We have been very lucky. We have amazing customers," Hughes said. "Leesburg has really supported us, especially through the pandemic."

Dig! Records & Vintage is open from noon to 7 p.m. Tuesday through Saturday and from noon to 5 p.m. on Sundays.