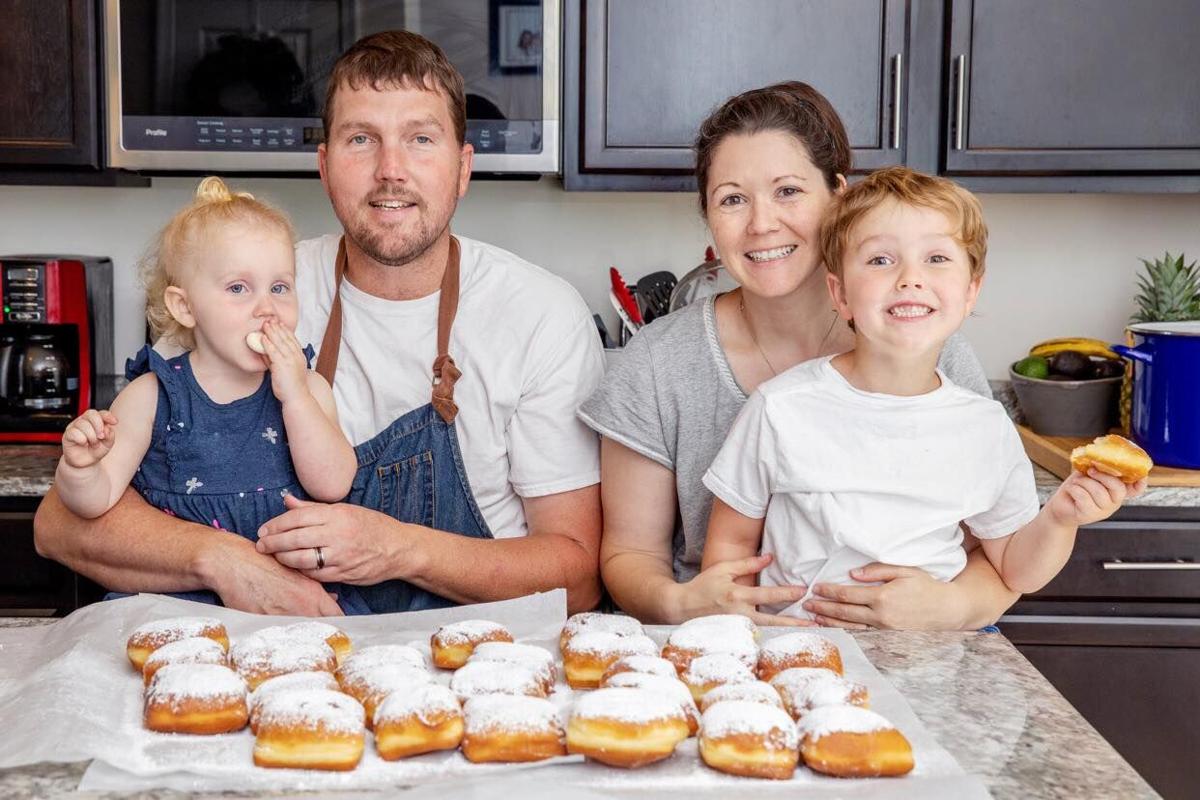 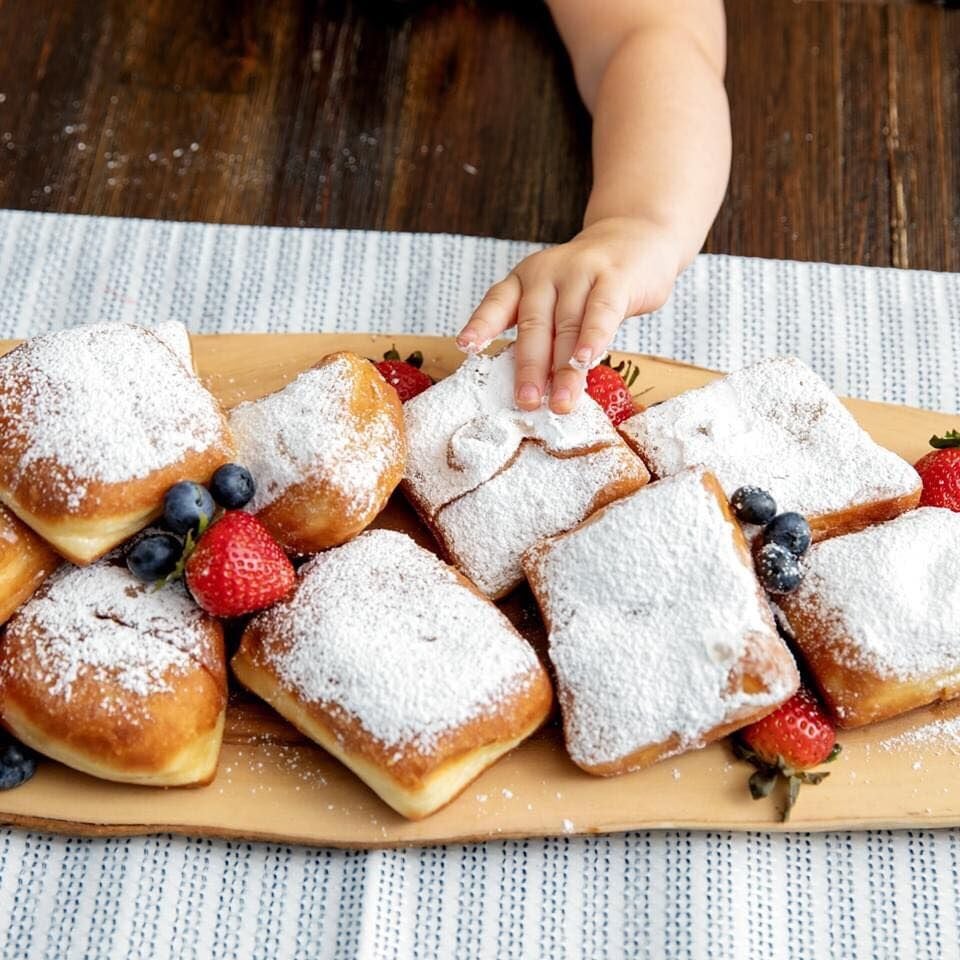 The hot commodity from Bilstad’s Beignets.

The hot commodity from Bilstad’s Beignets.

Like many families around Loudoun County, when the coronavirus pandemic began, life slowed down dramatically for Jenny and Scott Bilstad and their two young children, Harper and Greta.

Scott Bilstad was furloughed from his job in the restaurant industry for several months, and Jenny Bilstad, although she was still working, knew they needed to do something to keep busy.

As a trained chef, Scott Bilstad has a knack for making homemade beignets — a French-style yeast pastry commonly served for breakfast in New Orleans. It is a treat his family enjoys on special occasions and holidays, especially since his wife is originally from Shreveport, Louisiana.

In early May, they decided to try selling Scott’s beignets among their Mayfair neighborhood friends in Purcellville.

“I thought maybe we would sell a few boxes, but we had 90 orders in two days. We made 540 beignets that weekend,” Jenny Bilstad said.

Then, they joined the Loudoun Food To Go Facebook page and posted photos of the beignets. They announced pop-up events in Ashburn and South Riding.

After such immediate success, they decided to hit pause and spend a few weeks setting up the business — filling out paperwork, creating a website and building a social media following.

“We wanted to make sure we did everything appropriately,” Jenny said.

Several weeks later, they relaunched and sold beignets at an event at Rocket Frog Brewing Company in Sterling. Again, the husband-wife duo saw a strong reception.

Scott’s preparation for making the beignets begins at 4 a.m. It takes about five hours from start to finish with making the dough, allowing it to proof and frying them in batches, he said. So far, the most he has made in one day is 1,000.

“A lot of time goes into making them. They have a perfect light and fluffy texture. It takes practice,” Scott said.

The approximately three-by-three-inch beignets are packaged and sold at $8 for six. On weekends, the couple sets up distribution locations at various spots around the area. Future pop-ups are in the works at Old 690 Brewery, Breaux Vineyards, the Loudoun Arts and Film Festival and Lansdowne Homeowners Association.

There are plenty of ideas for the future. The Bilstads were recently approached by a bride and groom who had planned a destination wedding in New Orleans, but due to the pandemic, the couple will be holding a smaller event in nearby Berryville.

“It’s overwhelming and exciting in light of how altered the world is right now. This is a COVID Cinderella story. Our website went live last week. It’s an amazing ride right now. We have decided we have been given a gift and we will see where it goes,” Jenny Bilstad said.

If only they had Chicory coffee with them. It would be like going to the Cafe Du Monde. Yummmmm

No idea what a beignet or a popup is but I want them!

LetFreedomRing--the article stated that a beignet is ".... a French-style yeast pastry commonly served for breakfast in New Orleans." The article also described popups as events, not food items.

Covid Schmovid give it a rest.A new business is doing well.That's a good thing.Please stop making every story a Plandemic-related event.

I'd like to see you start a business up during the pandemic.

Scott was Chef at Regions 117 at Lake Frederick. He’s a great guy and terrific chef. So glad to see his new venture is a success!

I have fond memories of eating beignets and cafe au lait at the Cafe du Monde in New Orleans. I wish this young family the all the best in their new venture.

We had the good fortune of enjoying a dozen we picked up at their Lucketts community pop up. What a delicious treat! A hit with everyone in the family.

What is a pop-up? How do you find them?

Doesn’t matter. Apparently they are delicious and you should run right out and buy some.

A pop up means they do not have a store front but they cook out of their home. They show up to various locations that will allow them to sell their product. You have to visit their website to see what location they will be at and at what time.

They did a pop up in Ashburn Farm and they are delicious.