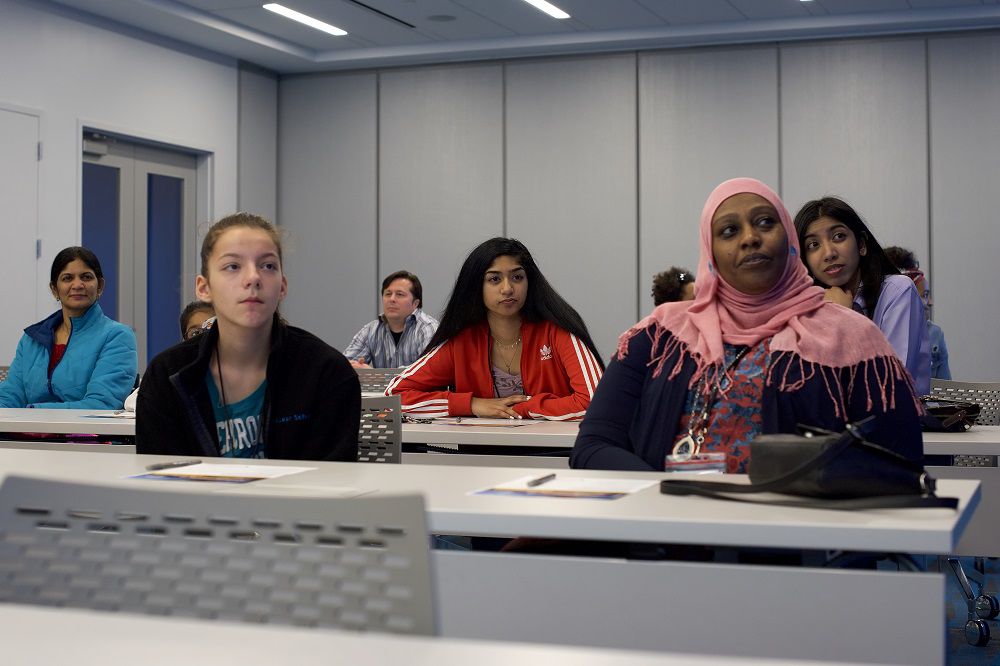 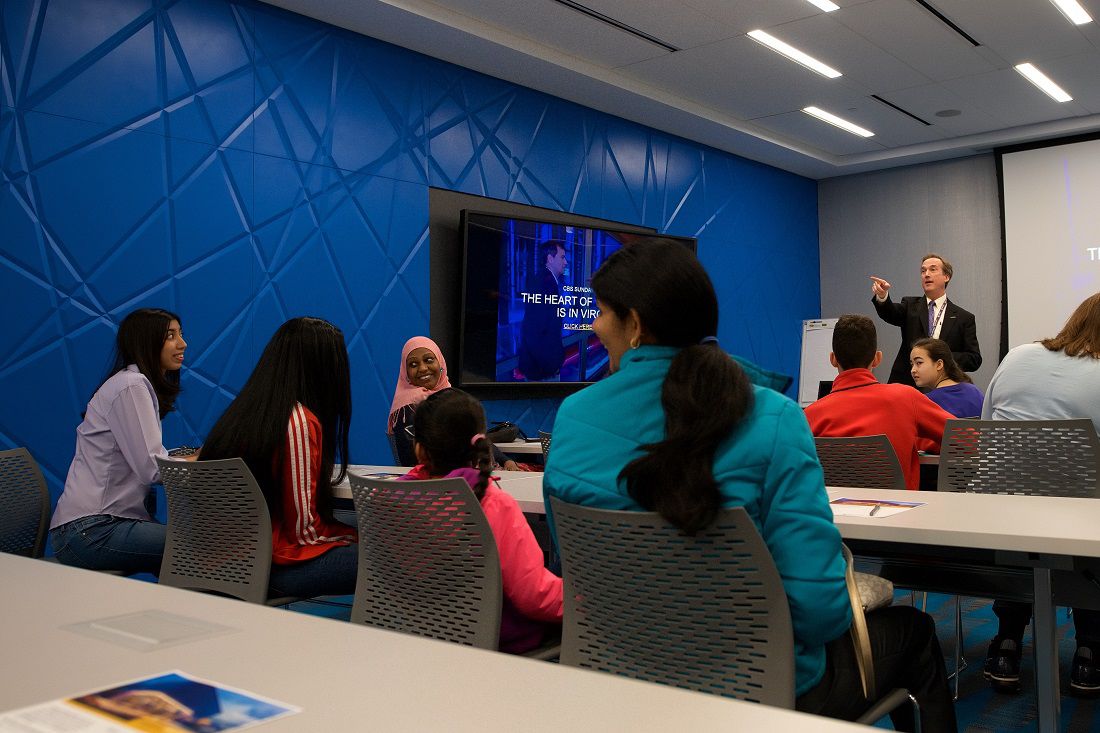 Young women talk with Jim Leach of RagingWire at the Ashburn data center.

Young women talk with Jim Leach of RagingWire at the Ashburn data center.

A group of spring breakers found out what’s really inside those huge, windowless buildings that keep popping up around Loudoun County.

Put simply, what’s inside those data centers is the Internet.

Some 30,000 websites alone are running inside RagingWire’s Ashburn Data Center Campus, located just off Waxpool Road across from the Ashburn Ice House.

High school and college-age females toured the facility Thursday as part of the multi-day Why Tech? 2018 Forum.

The forum was hosted by aFIT (Assisting Females In Technology), a Northern Virginia Community College program that promotes data center and tech careers to women and girls.

“Whenever we drive down these roads on the way to the [Leesburg] outlets we would always see a data center, but I never understood what it meant until I came here,” said 15-year-old Fairfax resident Anushka Motaparthy. “I didn’t know Loudoun County was this big for data centers.”

Roughly 70 percent of the world’s Internet traffic passes through Loudoun County, said James Leach, RagingWire’s vice president of marketing. Loudoun is a fiber dense place with good connectivity, one of the reasons why it is appealing for data center companies, he added.

“It’s a once-in-a-lifetime opportunity,” Motaparthy said after standing inside a massive room called a vault, where hundreds more of RagingWire’s clients’ servers will be stored once they arrive. After the servers are in place, vault access is highly restricted, he said.

There are several vaults inside the 245,000-square-foot building, and there are three such structures on the campus, with plans for more, Leach said.

In past years, data centers wanted to be as inconspicuous as possible; many of them didn’t even have signs outside, Leach said, so having access granted to a data center is something most won’t ever be allowed to do because of the high level of security.

In addition to the standard key card, the facility uses retinal scanners to authenticate. But these aren’t just any retinal scanners, but ones that detect if the eye is still “alive,” Leach said.

In other words, no one can steal your eyeball and expect to gain access.

The scanner determines if the eye is still in place by checking if it responds to light, he explained.

It’s important for young women to tour such facilities because it allows them to see the big picture and understand what a tech career is all about, said Ghada Abdelmoumin, a professor at NVCC who works with the aFIT program.

The program aims to dispel stereotypes about women in the sciences and technology, such as the belief that women don’t excel in those areas.

“It breaks my heart when a girl says, ‘Yeah, they (boys) will do better than me,” Abdelmoumin said.

The Why Tech? Forum included a panel discussion with women currently working in the tech industry.

Alisha Saiyed, a 21-year-old NVCC student, said she was encouraged to join aFIT by a professor.

Saiyed, who lived in Saudi Arabia, said it’s good to see women making progress all over the world. While women in Saudi Arabia are making strides toward equal rights and better treatment, women here are getting into the tech industry, she said.