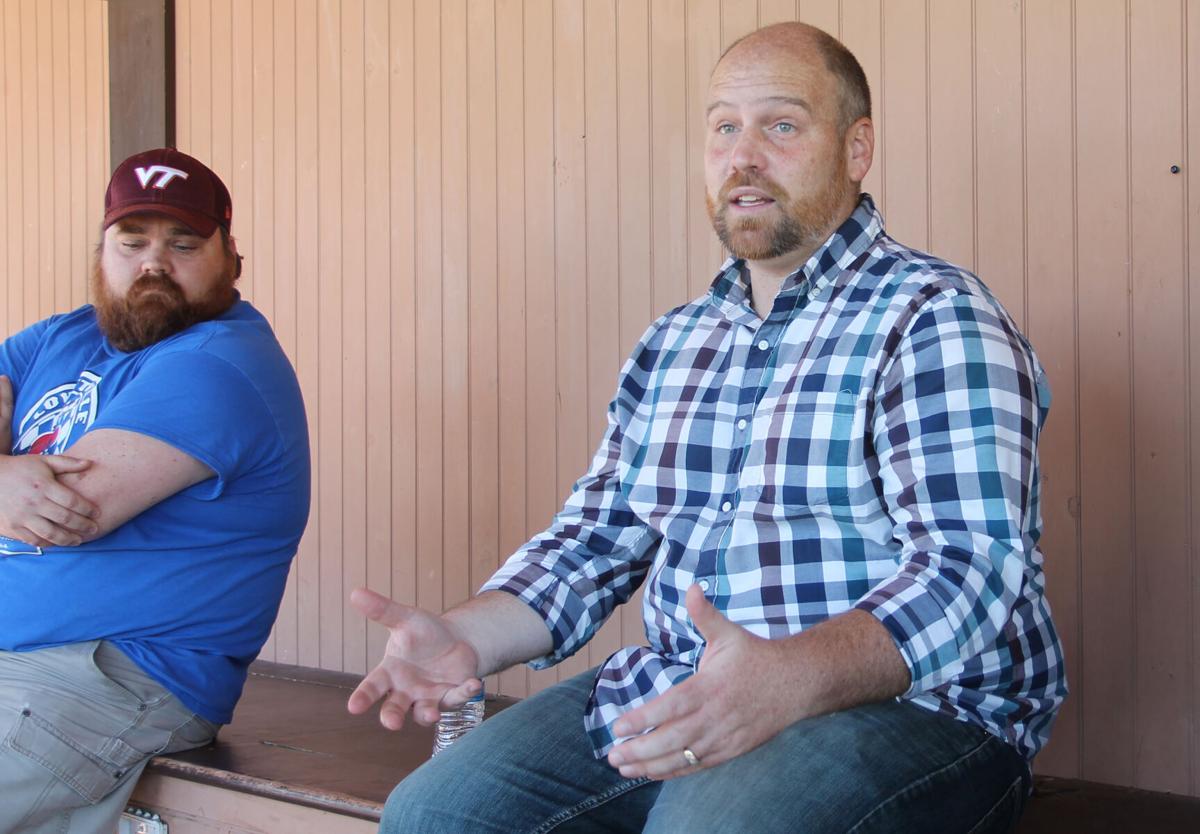 Lovettsville Mayor Nate Fontaine addresses members of the community who attended a June 16 meeting held to address the destruction of several Pride flags in town that occurred during the weekend of June 12.

A fence adorned in rainbow colors in Lovettsville.

The Town of Lovettsville and the Loudoun County Sheriff’s Office is investigating the destruction of several pride flags that were cut and ripped over the weekend.

Lovettsville Mayor Nate Fontaine described the actions — which occurred during LGBTQ+ Pride Month — on Facebook as “deplorable” and “devastating” to the entire community and invited members of the public to speak with him Wednesday evening at the Walker Pavilion.

“To have property destroyed targeting members of our community is horrible and can be frightening for those targeted,” Fontaine said on Facebook.

“For the individuals who committed these crimes, know that your bigoted efforts to terrorize members of our community will not stand,” he said.

Pride month was first celebrated in the United States in June 1994. The month of June was chosen for LGBTQ+ Pride Month to commemorate the 1969 Stonewall Riots, or Stonewall Uprising, after New York City Police raided a Gay Club and mistreated patrons and residents.

Soon thereafter, the LGBTQ+ community and supporters responded, protesting and clashing with law enforcement for days, acting as a catalyst for the gay rights movement.

Fontaine said the town is working with the Loudoun County Sheriff’s Office and will discuss the item at the upcoming town council meeting on June 24.

“Pride month is a time for celebration and a remembrance that at one time people could not be open about who they love without fear of attacks or arrest,” he said.

Fontaine said that while Lovettsville is named for David Lovett, who contributed a significant amount of land for the formation of the town, the first four letters of that name have stood for more.

“The town that begins with love,” he said.

At a community meeting with the mayor and council members Renee Edmonston and Chris Hornbaker on Wednesday night, several residents spoke out against the vandalism and discussed ways for the town to address it.

“Part of the pain I’m feeling is, I moved out here for the inclusivity,” said Lovettsville resident Brian Stearns.

Edmonston added, “What just happened [with the vandalism] is wrong and we have to demonstrate a sense of peace and harmony without any accusations.”

Anyone with any information regarding either of the cases is encouraged to contact LCSO Det. J. Carpenter at 571-577-3072.

Karen Graham contributed to this report.