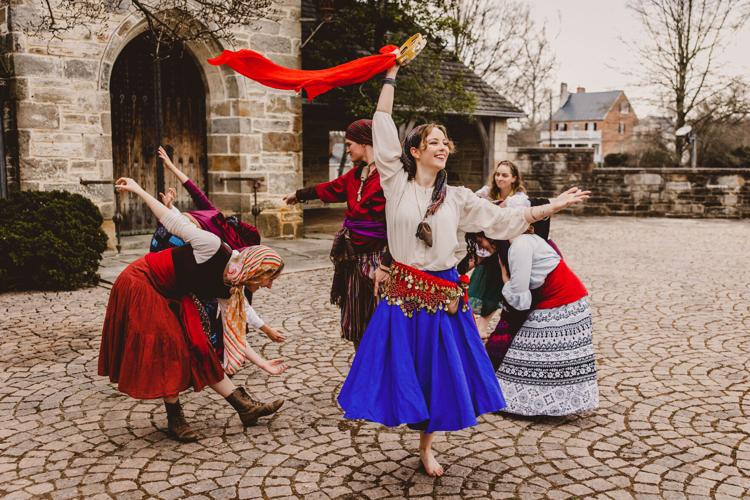 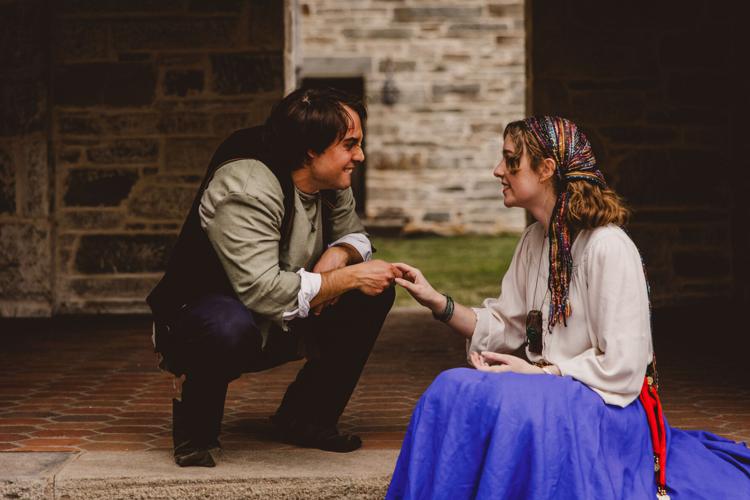 The pageantry, grime and hope of medieval Paris are coming to Loudoun this month with “Hunchback,” a new, locally-written adaptation of Victor Hugo’s “The Hunchback of Notre Dame.”

The play, produced by the western Loudoun-based Jupiter Theater Company, will premiere at Franklin Park Arts Center on May 27 to 29 and June 10 to 12 at 7:30 p.m.

For writer Jim Waters, the script started as a pandemic project.

“The story I had grown up with had a happy ending,” said Waters, who still appreciates the animated Disney movie. However, when he read the novel, he was surprised by the beauty of its more mature, tragic end.

“I wanted to be as faithful to the overall work as I could but also make it my own,” Waters said.

In the original novel, the physically disabled Quasimodo works as a bell-ringer at Notre Dame cathedral while Romani people live on the streets of medieval Paris. Amidst an environment of prejudice and strife, a lustful priest, boastful soldier, young poet and Quasimodo fall for Esmeralda, a Romani dancer, with fateful results.

Waters, who serves as an officer in the U.S. Navy and is currently stationed in Washington state, was living in northern Virginia when he workshopped the script with friends at Jupiter Theater Company.

One of them, co-director Jane White, was impressed by Waters’s script from the start.

“For me, this script is about the experience of observing injustice in the world, deciding what to do about it, and then figuring out how to reconcile with it when you can’t fix it all yourself,” White said.

It’s also Jupiter’s most ambitious project to date, co-director Sheila Roberts said. The company, which previously has put on Shakespeare and other classic plays, has spent months rehearsing and blocking this original script.

Like all Jupiter shows, Roberts said, “Hunchback” will have interactive elements, such as aisle entrances and the occasional interaction of cast with audience members.

“If I was going to pick one word for the show, it would be immersive,” Roberts said.

Christian Fernandez, the founder and owner of Jupiter Theater Company, usually works behind the scenes, but for “Hunchback” he’s playing the title role of Quasimodo.

Fernandez has relished the opportunity to disappear into such an iconic character, he said. Working with the directors, he researched Quasimodo’s condition and originated a distinctive voice for the character, who in the books went deaf from ringing the bells.

Fernandez’s costume and make-up, which take about one hour to put on, also inform his performance, he said.

“Everyone has an idea of what Quasimodo looks like,” Fernandez said. “Without trying to copy all those interpretations,…I’ve tried to do my research and make the role my own.”

White hopes that this adaptation — more “Les Misérables” than Disney — will strike a chord with contemporary audiences who, like the characters, face a world of rampant injustice and hidden beauty.

“We want it to be delightful but also poignant,” White said.

Audiences can find tickets for “Hunchback” by visiting jupitertheatercompany.com or the Franklin Park Arts Center website.