$4.99 for 7 days
Get Started
You are the owner of this article.
Edit Article Add New Article
You have permission to edit this article.
Edit
Home
News
Opinion
Sports
Business
Entertainment
Best of Loudoun
Special Pubs
Obituaries
Jobs
Classifieds
Public Notices
1 of 5 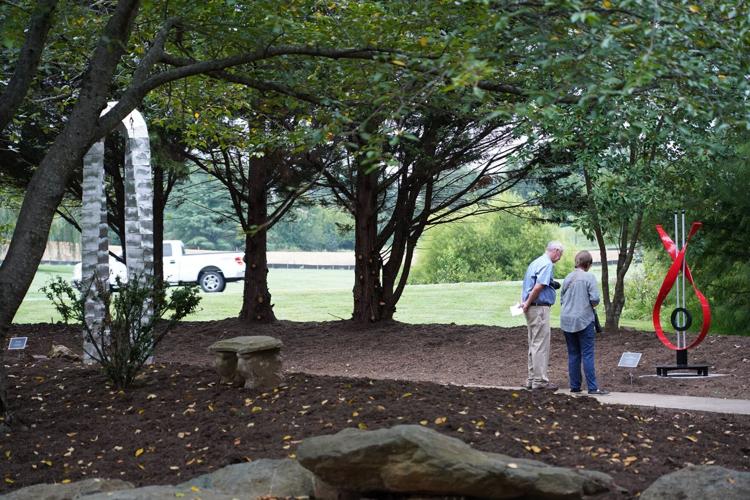 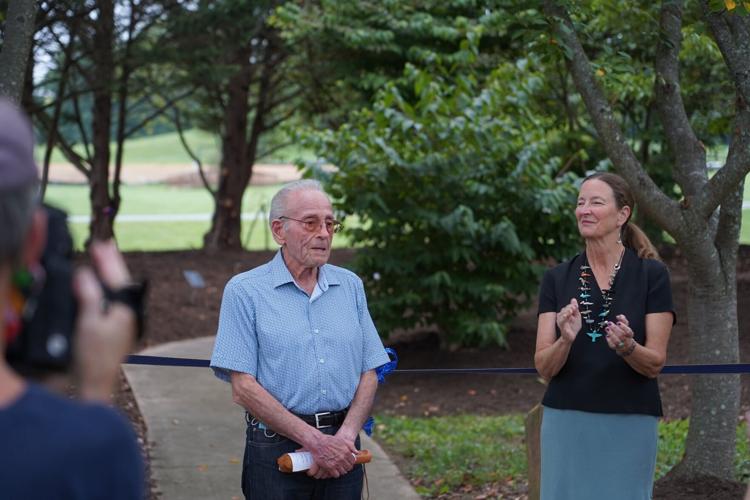 Artist Robert Sanabria (left) and board president Amy Orr celebrate the unveiling of the new sculpture garden at Franklin Park. 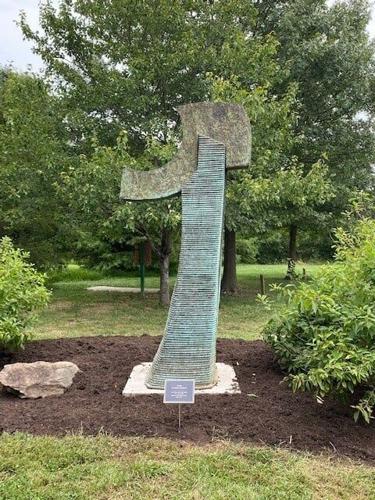 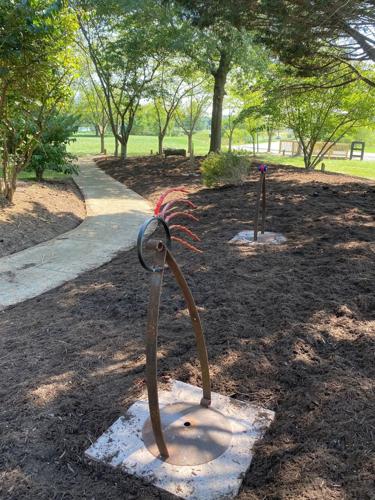 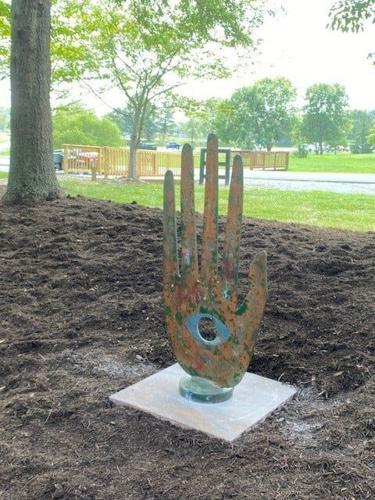 ”Iconic Hand” by Brian Kirk, and gifted by Tom Jewell.

Artist Robert Sanabria (left) and board president Amy Orr celebrate the unveiling of the new sculpture garden at Franklin Park.

”Iconic Hand” by Brian Kirk, and gifted by Tom Jewell.

With the recent installation of 12 sculptures in a new garden at Franklin Park in Purcellville, it brings to fruition a celebration of public art in the natural setting of the park, according to Arts Center manager Elizabeth Bracey.

Loudoun County artists Brian Kirk, Diana Reuter-Twining, Bill Heston and Robert Sanabria donated the sculptures which were installed in a tree-lined section of the park on what was previously a dairy farm. The park, which opened in 1998 is owned by Loudoun County and consists of 203 acres. The performing arts center, which is also located on the property, opened in 2008.

The permanent art installation is in part the vision of Brian Kirk, vice chair of the Friends of Franklin Park Arts Center. He presented the idea to the board of directors in 2018 after visiting several sculpture gardens in Maryland, New York and New Jersey.

Also in 2018, Sanabria — an artist who has commissions installed in parks, embassies and city centers around the world — donated his “Urban Arbor” sculpture to the arts center and as a result, it became a priority to create a larger exhibit.

Kirk says he liked the idea of providing an accessible outdoor artistic venue where the public can visit and appreciate the sculptures.

He said the board of directors considered several locations around the park and found the setting by a small bridge and gazebo fit in nicely with the project plan.

Kirk thanked Loudoun County Parks and Recreation for assisting with the project by clearing the area and providing mulch around the sculptures.

He said it is their goal to offer an educational curriculum to go along with the sculpture walk so visitors can learn more about the artists and the stories behind their work.

Completing the project, Bracey said, was an emotional moment.

“It was a long time coming with a great deal of planning and this was a bright spot during a difficult time for artists due to the pandemic,” she said. “It has been a quiet and different time and this project gave us something to think about and focus on. It is such a wonderful thing to see it come to fruition.”

Bracey pointed to some upcoming events at Franklin Park which she hopes will draw visitors in October including the Manhattan Short Film Festival and a “Not so Scary Haunted Trail.”

“We are trying to adapt programming to be outdoors and to take advantage of the park while keeping people connected to art,” she said.

Details for both events and the sculpture garden are available at franklinparkartscenter.org.