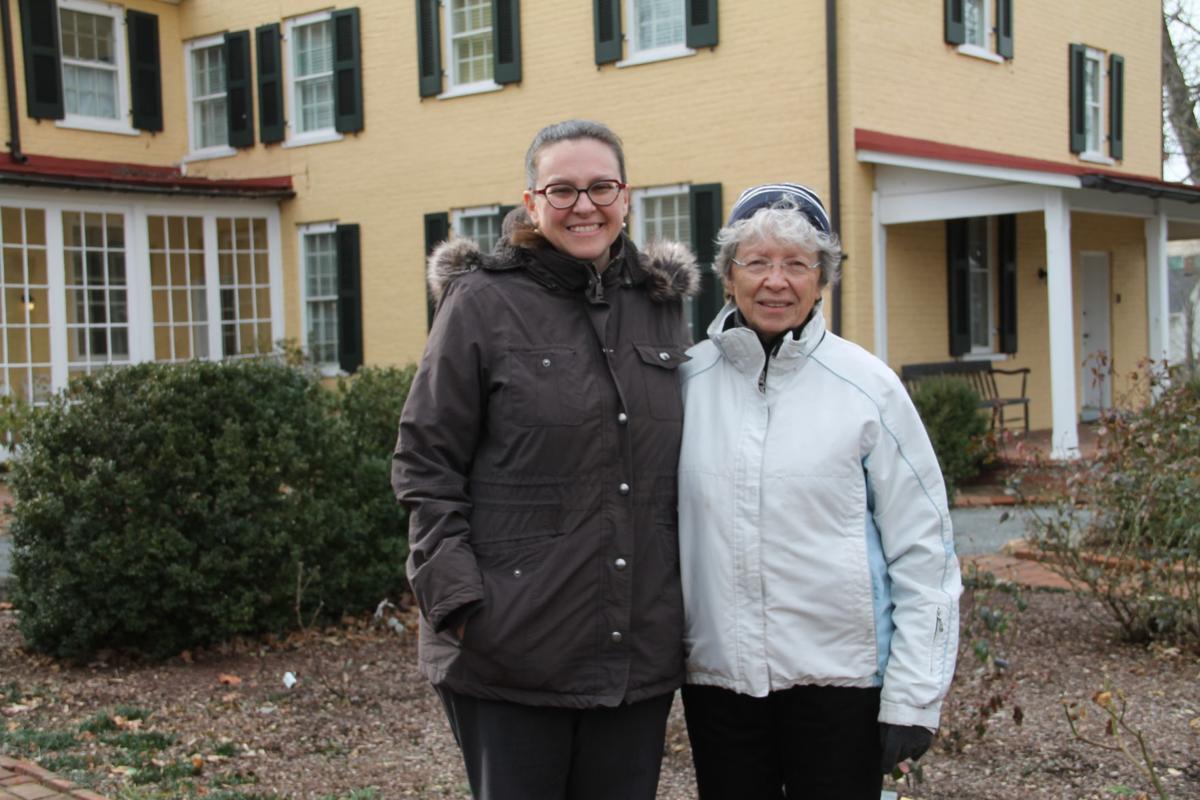 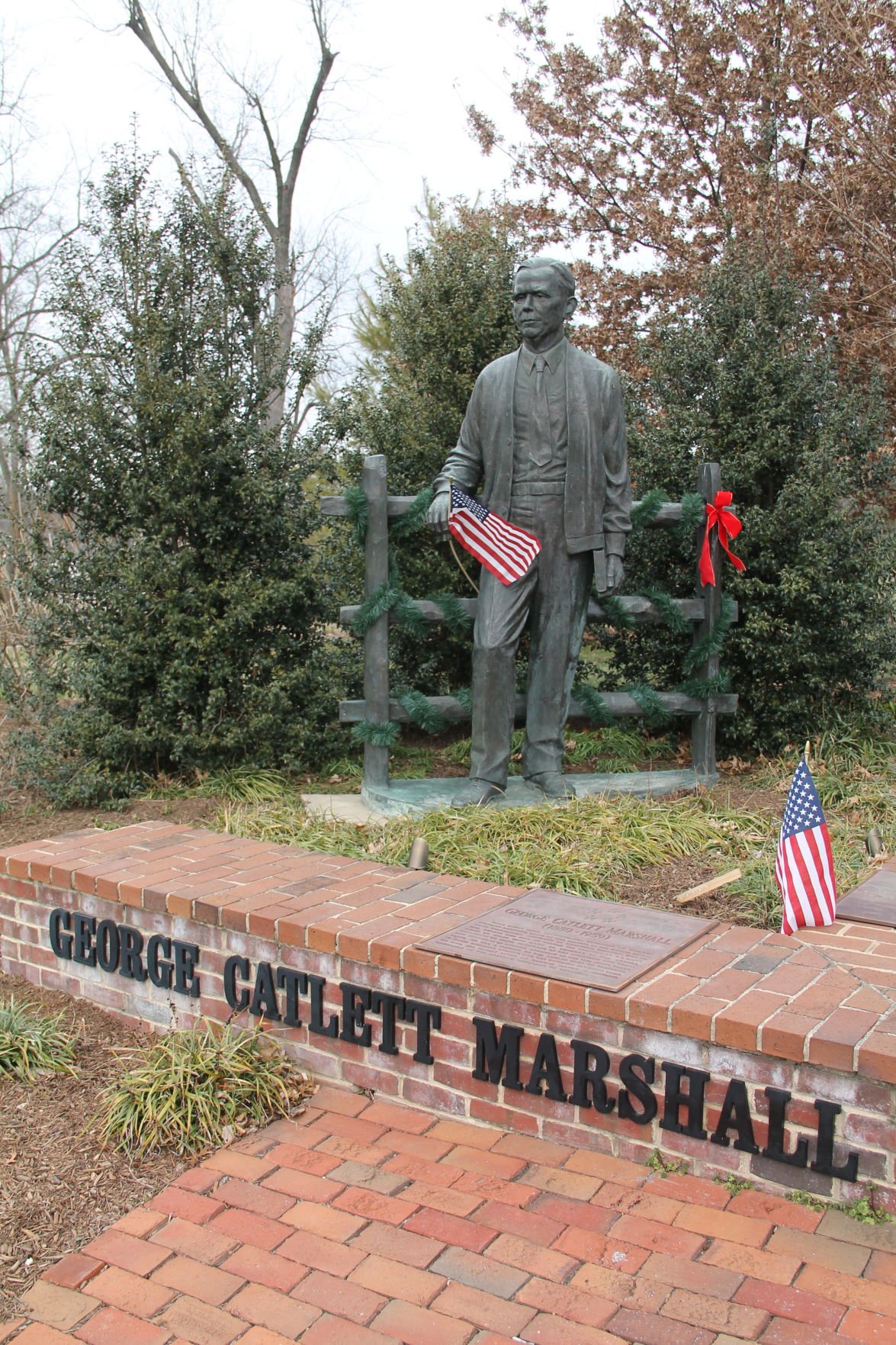 The entry statue of Gen. George C. Marshall at his former home in Leesburg. 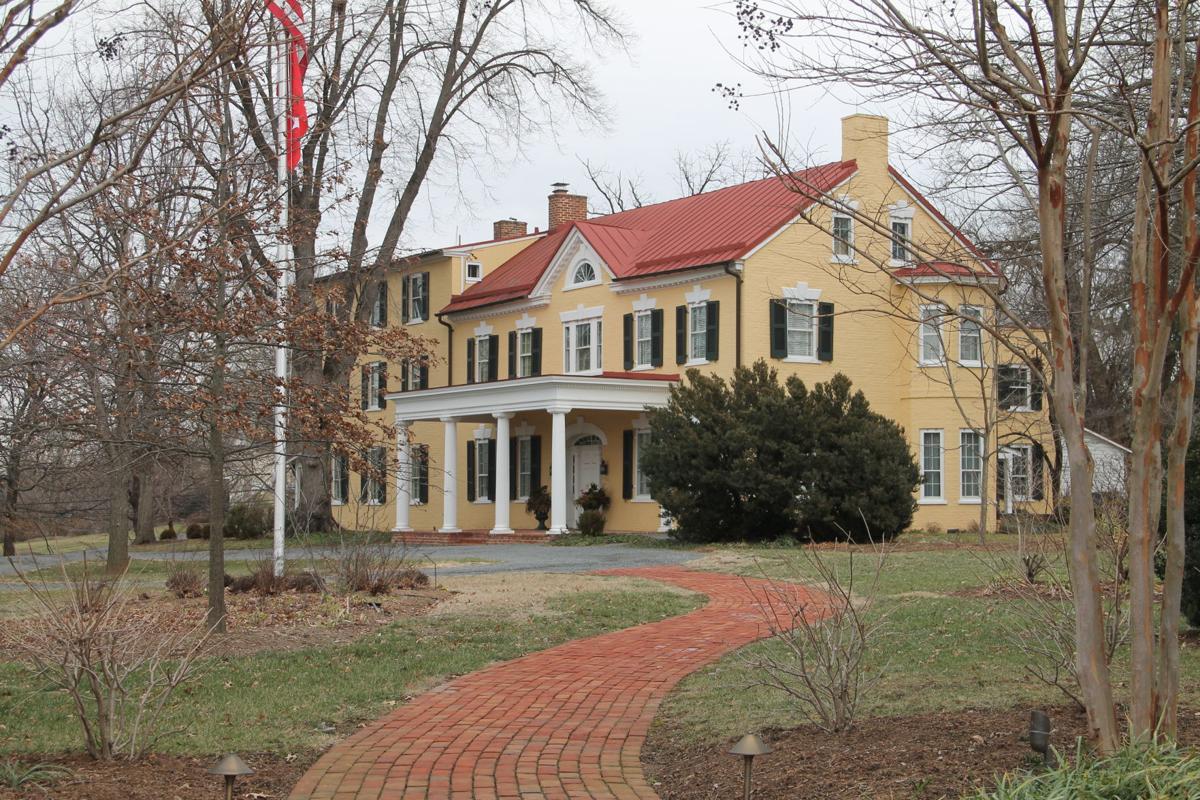 Dodona Manor in Leesburg is the former home of Gen. George C. Marshall 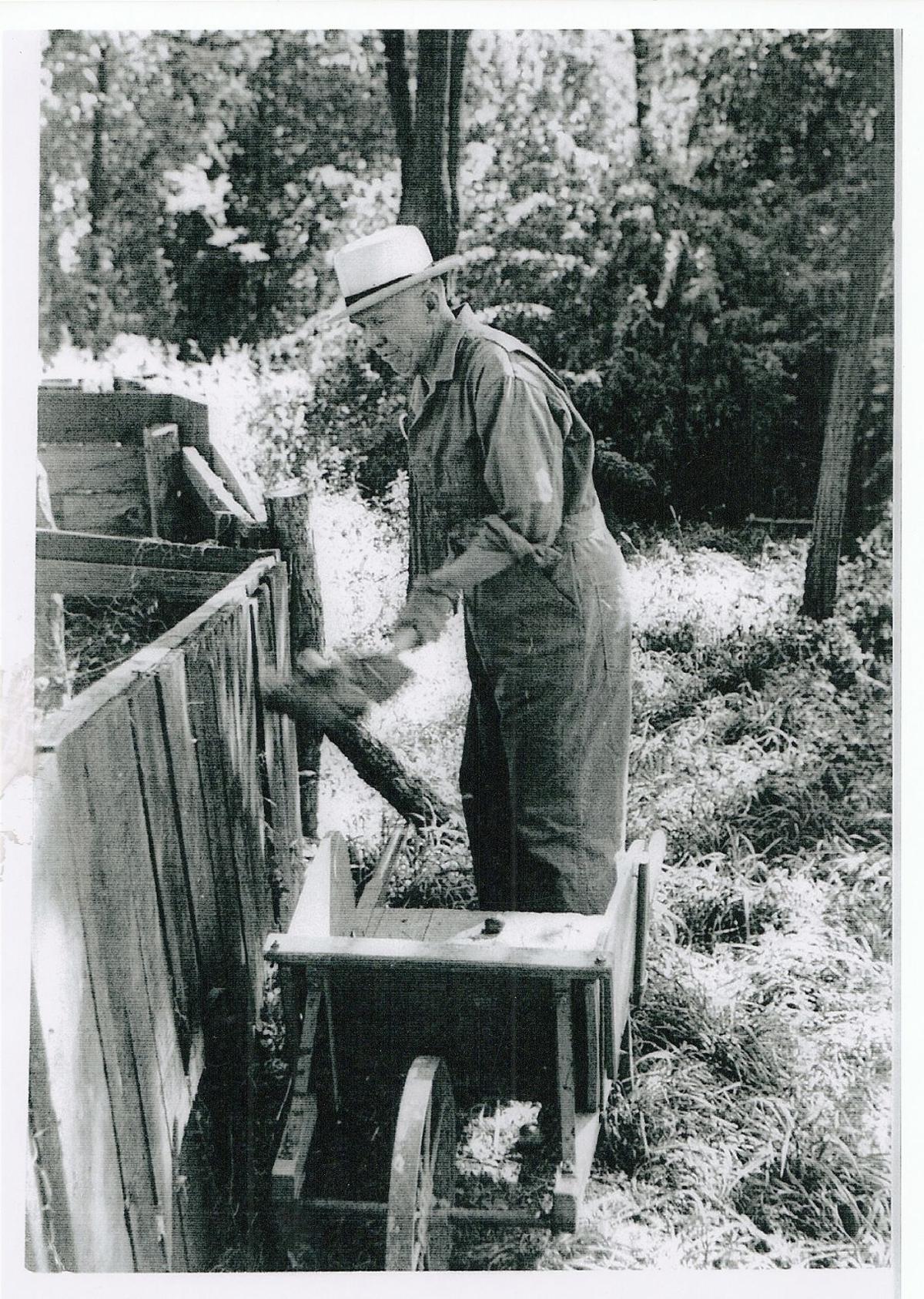 Gen. George C. Marshall tends to his gardens in Leesburg. 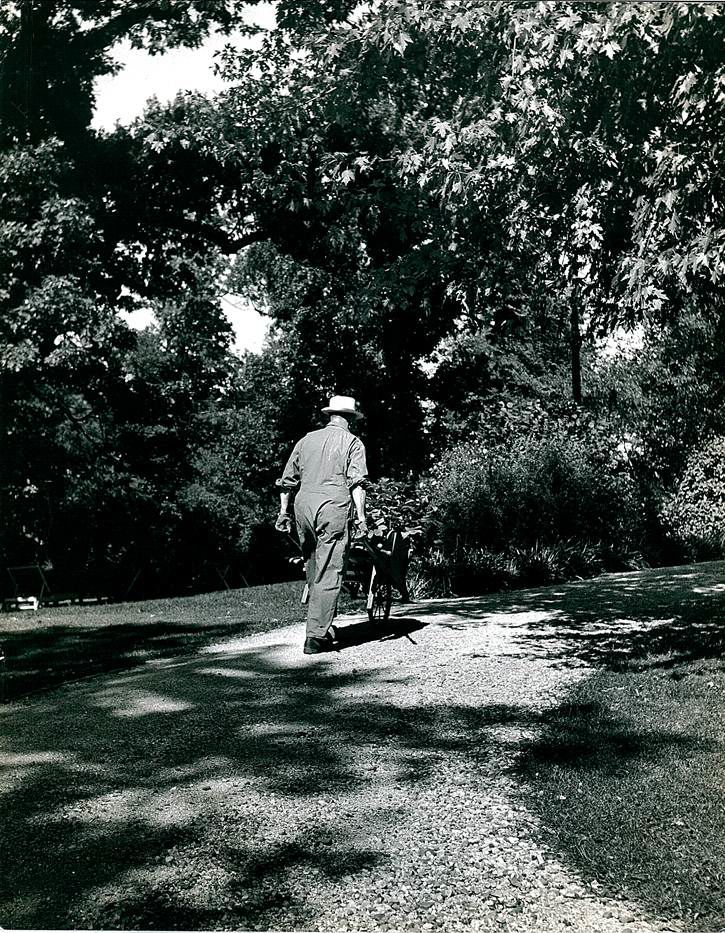 Gen. George C. Marshall was often working around Dodona Manor during his time in Leesburg. 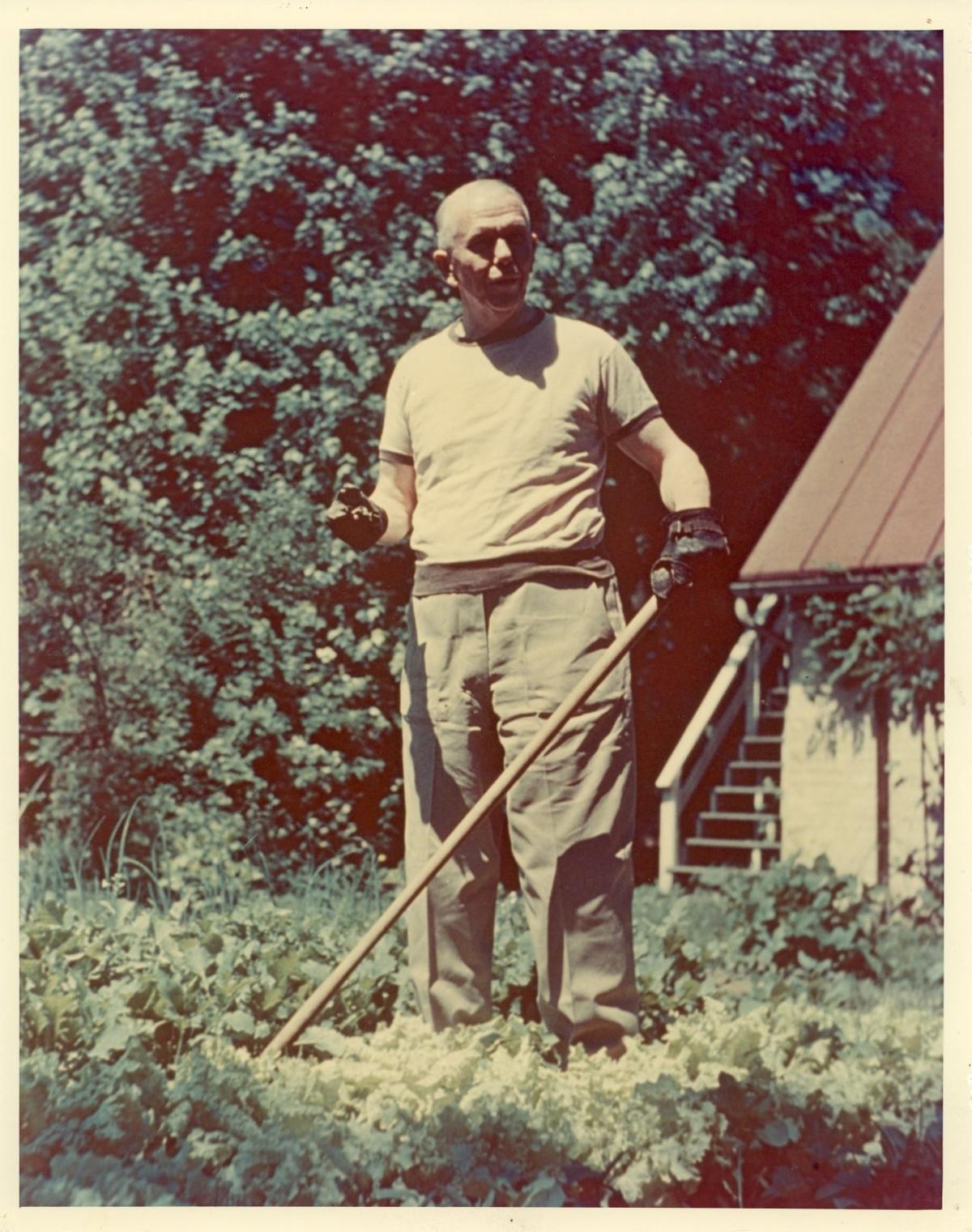 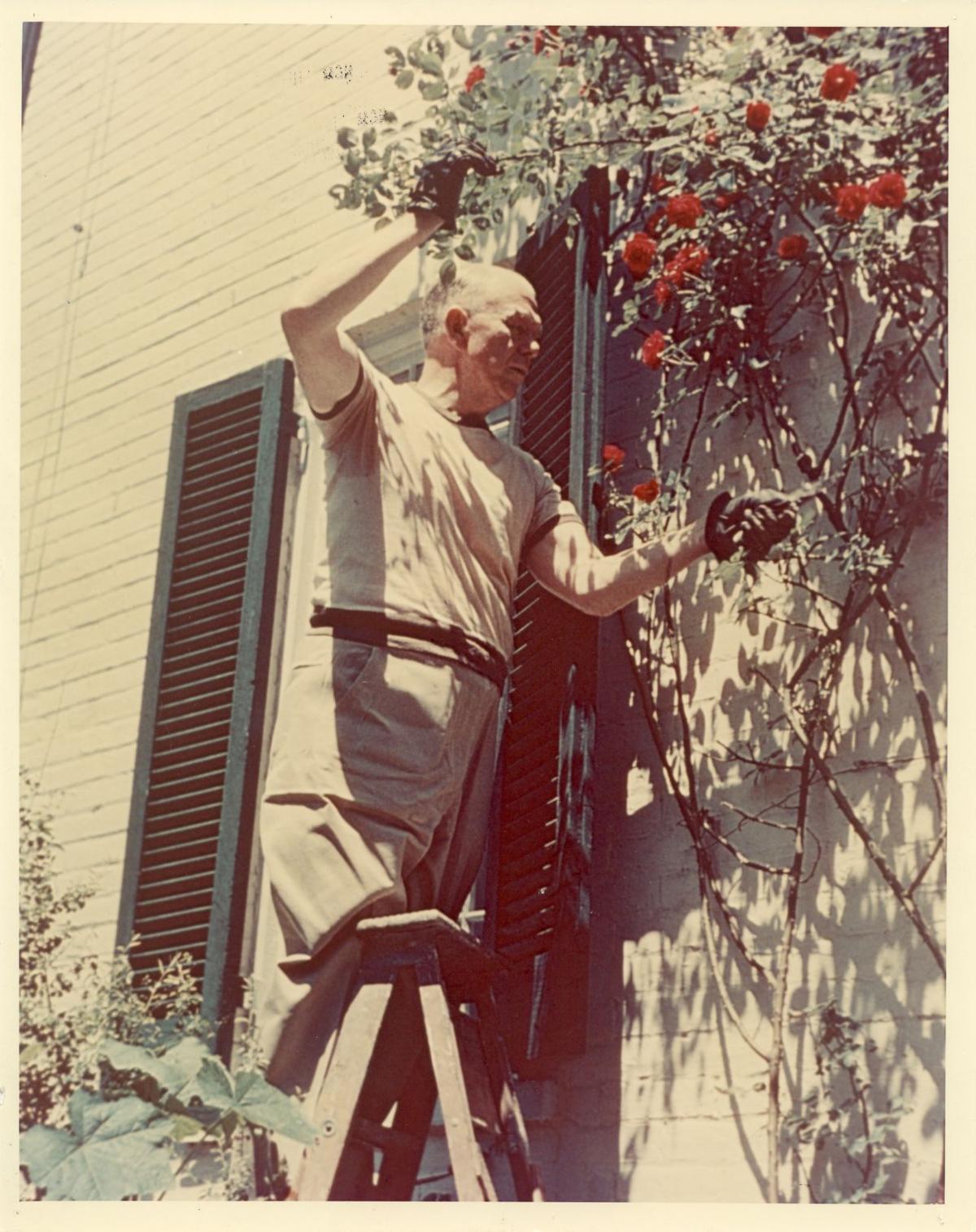 The entry statue of Gen. George C. Marshall at his former home in Leesburg.

Dodona Manor in Leesburg is the former home of Gen. George C. Marshall

Gen. George C. Marshall tends to his gardens in Leesburg.

Gen. George C. Marshall was often working around Dodona Manor during his time in Leesburg.

While the official start of spring is more than a month away, the staff and volunteers at Leesburg's George C. Marshall Center at Dodona Manor are already making plans for this year's garden.

For Marshall, who served as a five-star general, secretary of state, secretary of defense and U.S. Army chief of staff, gardening was a passion. Much of his time in Leesburg was spent tending to the flowers and vegetables he grew in his backyard, according to local historian and author Rachel Thompson.

Marshall and his wife Katherine purchased the 3.88-acre property on May 5, 1941. They lived there until after her husband's death in October 1959, and Katherine deeded the property to her daughter, Molly Brown Winn, in December 1960. The George C. Marshall Home Preservation Fund acquired the property from Winn in February 1995 for $2.3 million.

Since the home was restored and officially open to the public in November 2005, the gardens have been an important feature of the tours.

“A big part of the motivation of buying the house was he always loved gardening, even as a little boy. Planting a garden was an escape from the burdens of public office and a place to get away, kick back and relax,” Thompson said.

Produce grown in Marshall's gardens even found its way onto the plates of political leaders of the time.

An entry from Katherine Marshall's book, "Together, Annals of an Army Wife," describes how some of the produce from their Leesburg garden was sent to Marshall while he was in Potsdam, Germany in 1945:

“In July 1945, President Truman, Secretary Byrnes, and the military leaders left for the Potsdam Conference in Berlin. This was the first conference where the Chiefs of Staff of the Red Army, the British and the United States Armies met.

My husband did not know how long he would be away but judged it would be for some weeks. Molly, the children and I were to stay at Leesburg.

The week General Marshall’s plane left, the corn became ripe and I was determined that George should have at least of taste of his labor, so I got up early one morning and packed a dozen ears of corn, with the dew still on them, in a small carton together with a half-dozen large tomatoes from our garden. I sent them to the War Department and asked if the package could be put in that day’s pouch to Potsdam.

George wrote me that the vegetables arrived as fresh as when picked and that the fresh corn and tomatoes caused a great stir when brought unexpectedly into his mess. They were a treat beyond words, and he was a proud farmer among diplomats and military commanders.”

Thompson said the restoration of the gardens and grounds of Dodona were an official project of the Garden Club of Virginia. The club developed the plans for the landscape work, which began in January 2006, funded by a grant from the U.S. Department of Transportation.

Volunteer Jackie Ellis of Hamilton has been working in the gardens since 2006.

“I try to have 90 percent of the vegetables he grew. He grew a very large garden but we tailored the garden to a smaller scale than what he grew,” Ellis said.

She said the vegetable garden includes things that were traditionally grown there, such as tomatoes, cabbages, potatoes, green beans, lettuce, herbs, pumpkins, squash and rhubarb. They also grow flowers, including cosmos, zinnias, larkspur and other perennials, as well as a rose garden.

Ellis is looking for volunteers to help with this year's garden. Volunteers may assist with soil preparation, sowing seeds, weeding, watering and harvesting.

Valerie Beaudoin, the new executive director of the George C. Marshall International Center, said the staff is making a "big push" this year to encourage people to experience the historic home and gardens.

Public tours of the home are held March through December on Saturday from 10 a.m. to 4 p.m. and Sunday from 1 p.m. to 5 p.m. Tours begin on the hour and half hour, with the last beginning at 3:30 p.m. Weekday private tours may be booked by calling 703-777-1301 at least two weeks in advance. The house is closed to the public in January and February, but private tours can be scheduled by appointment with two weeks’ notice. The grounds are always open to visitors.

Beaudoin said in addition to seeking volunteers to work in the garden, they are hoping to add more docents to their roster.

“We have really passionate volunteers, but we need more,” Beaudoin said.

An information session for prospective docents will be held Feb. 22 at 1 p.m.

“Our big events are on July 4 and Veteran's Day, but we have monthly speakers and other events throughout the year,” Beaudoin said.

The center also launched a new website with upcoming ticketing at georgecmarshall.org.