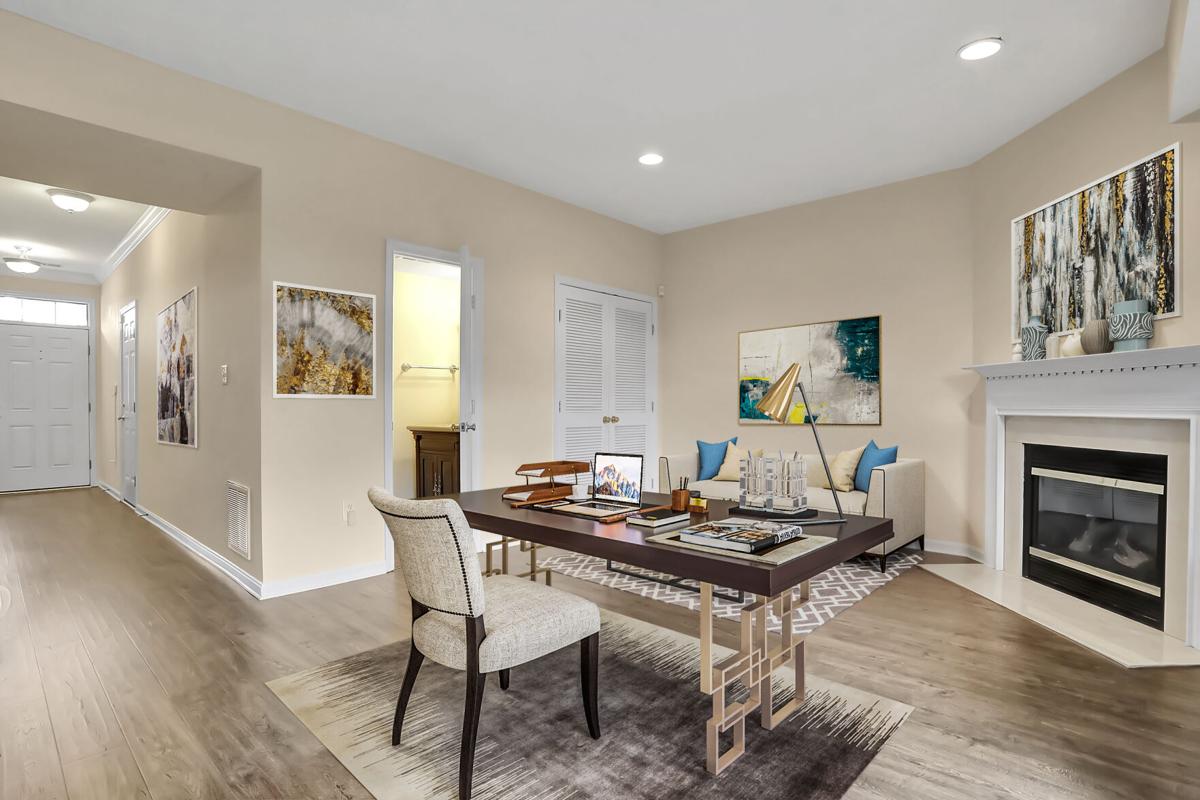 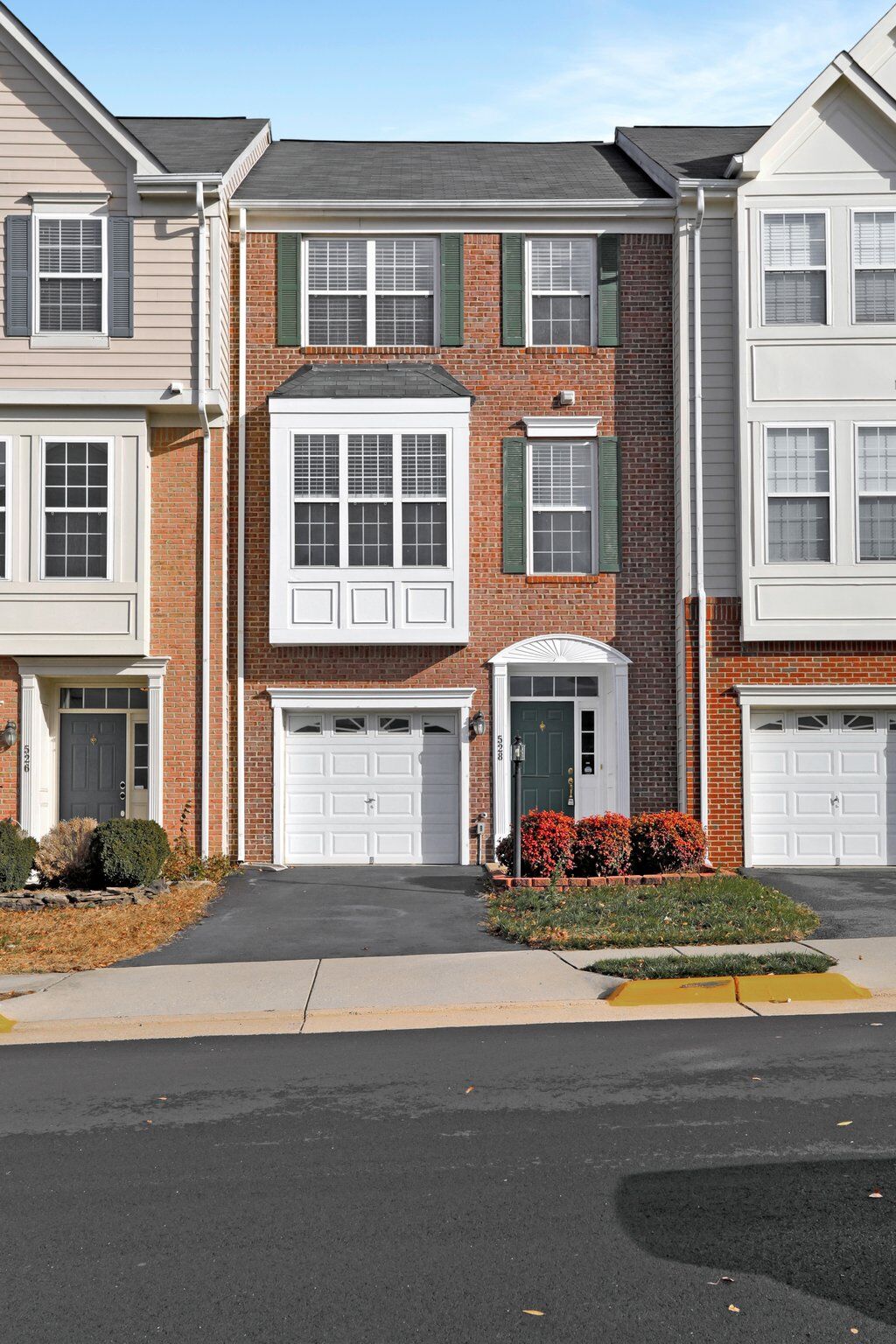 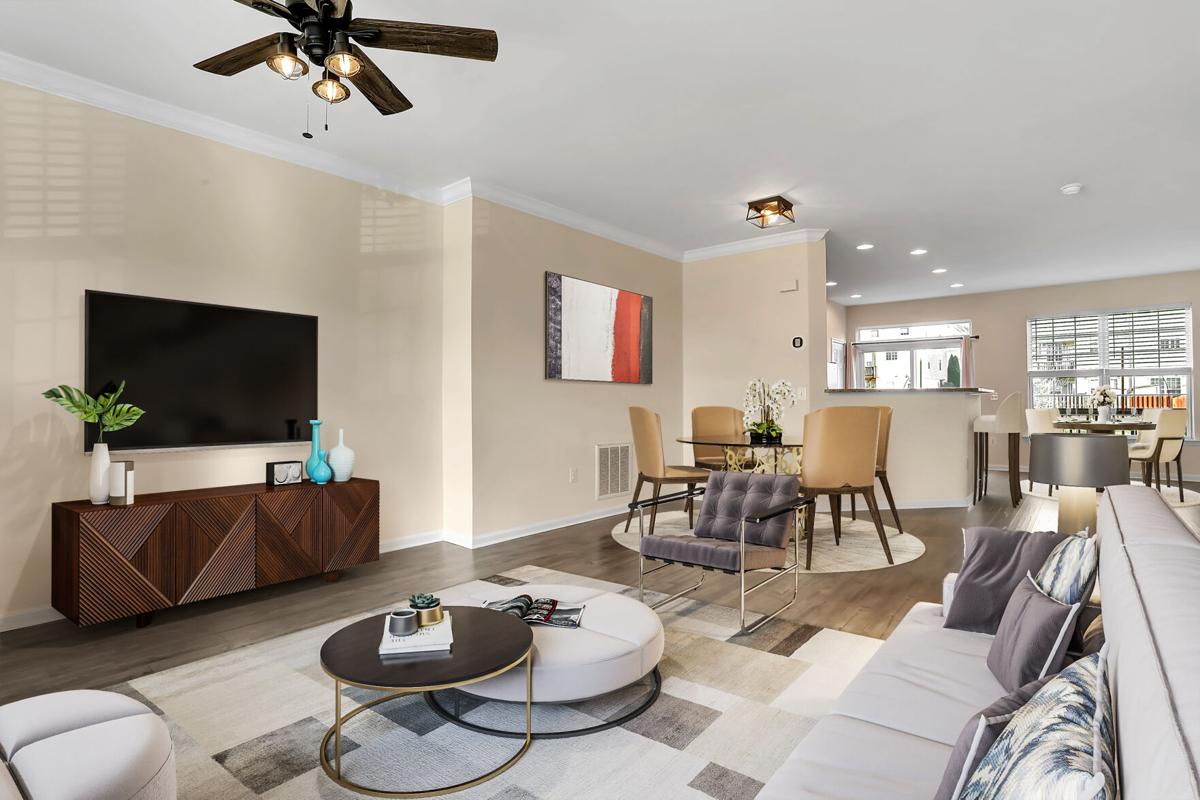 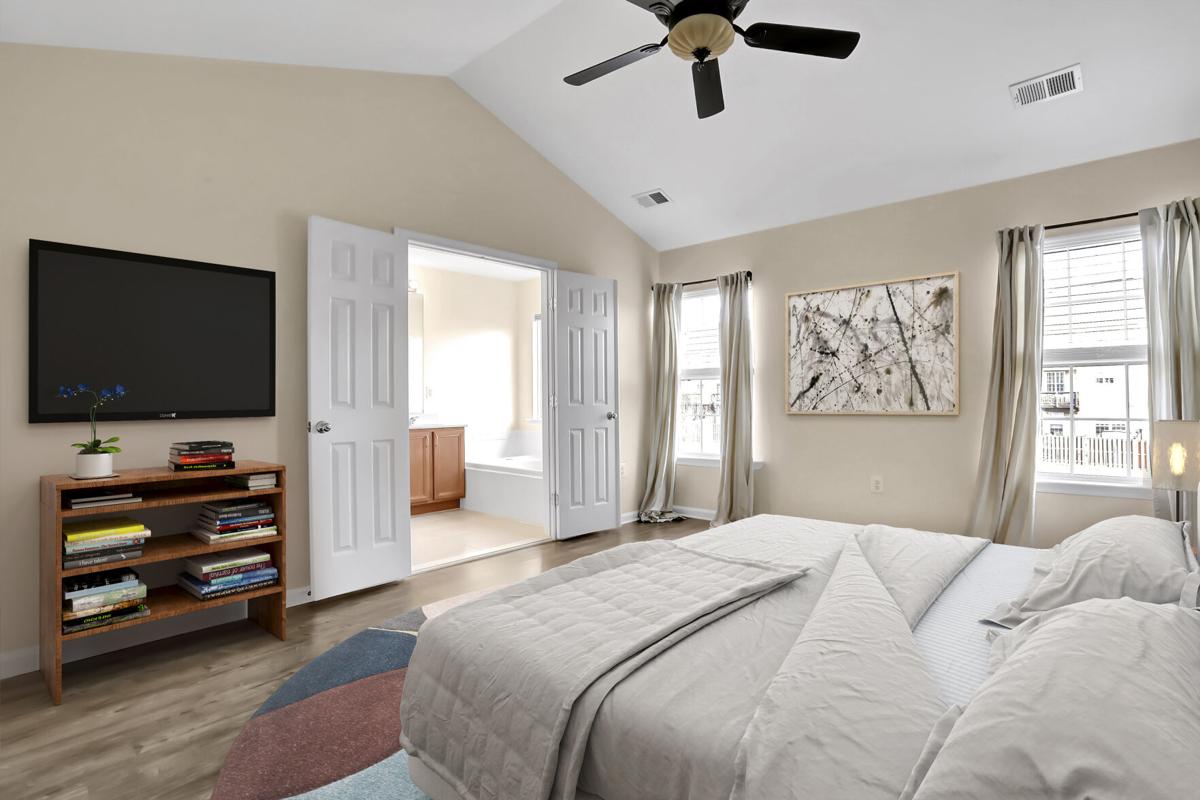 This three-bedroom townhome with two full bathrooms, two half-baths and three stories offers more than 2,000 square feet of living space in Northeast Leesburg for just under $520,000. Realtor Kaitlyn Higgins of CityWorth Homes said the property would be ideal for a young family, or an investor looking to rent a home for extra income.

The home features a brick façade, with dark gray shutters flanking two windows on the third story and one on the second floor, directly next to a bay window trimmed with glossy white wood. The townhome’s front door matches the shutters above, and is enclosed by a portico next to a garage at the top of its driveway.

The home’s entryway opens up to a hallway that leads to a fenced-in backyard past a set of glass doors at the rear. Newly-installed hardwood floors with a medium gray-brown hue line common areas in all three levels of the home, Higgins said. Walls on the ground floor are painted light yellow, with white ceilings, doors and wood trim.

A laundry room closet behind a set of double doors provides a discrete location for a washer and dryer mid-way through the hallway on the ground floor. At the rear of the house, just before the exit to the backyard, a living room with a fireplace trimmed in stone and white wood offers residents a tranquil space to unwind or entertain. A half-bathroom stands opposite the exit to the yard.

A set of stairs by the entryway leads to the home’s second story, which hosts a kitchen as well as a space that could be used either for formal dining or a second living room. The color scheme for walls, ceilings and trim on this level matches the ground floor. The kitchen area features updated recessed lighting in the ceiling, just off to the side of an informal dining space past the top of the stairs.

At the rear of the second level, a set of sliding glass doors past the kitchen leads out to a deck well-suited for entertaining or outdoors. Owners and guests can also look out to a playground just beyond the backyard from the deck, which Higgins said would allow a family with young children to easily take them out to play.

The home’s three bedrooms are located on the third floor. These also maintain the light-yellow walls and white ceilings and wood trim found on lower floors, as well as the same hardwood running throughout. The owner’s suite includes a bathroom with a dual-length vanity, a free-standing shower cabin and a soaking tub spanning the entire width of the bathroom.

Higgins said the townhome was built in 2004, and has been in use as an investment property that generated rental income for some time. She recommends the home for “a family with … two young kids or a couple buying their first home.” Higgins also said that with the home’s upgrades, “even investors are interested in the property,” after a speculator contacted her about the listing.