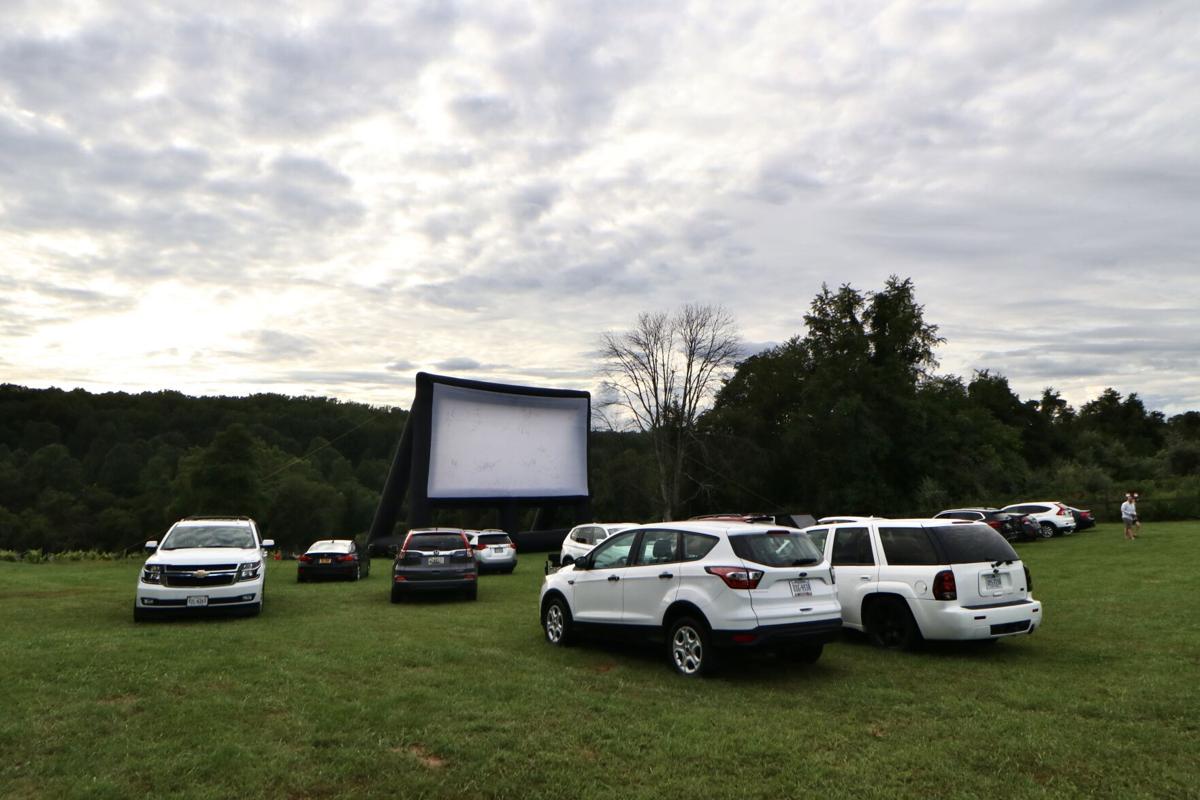 Visitors begin to park in front of the massive, inflatable screen at 50 West Vineyards for the opening night of the Loudoun Arts Film Festival Sept. 10. 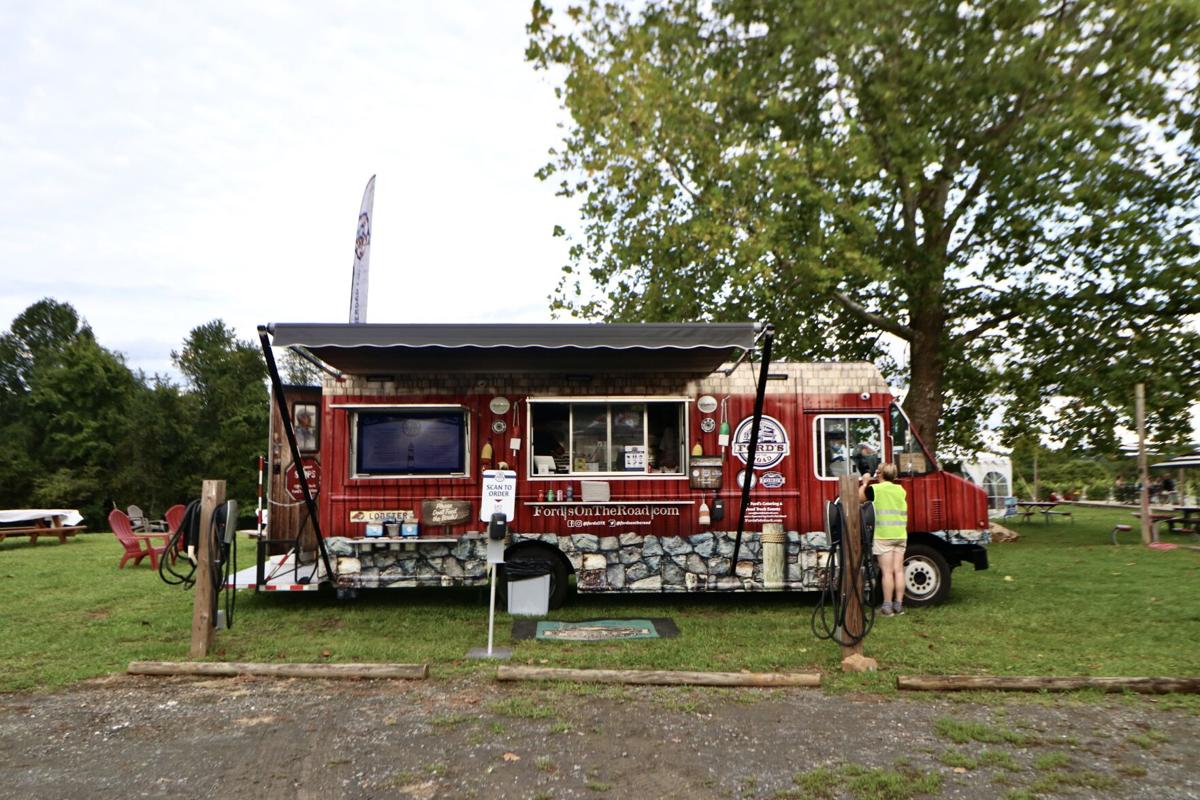 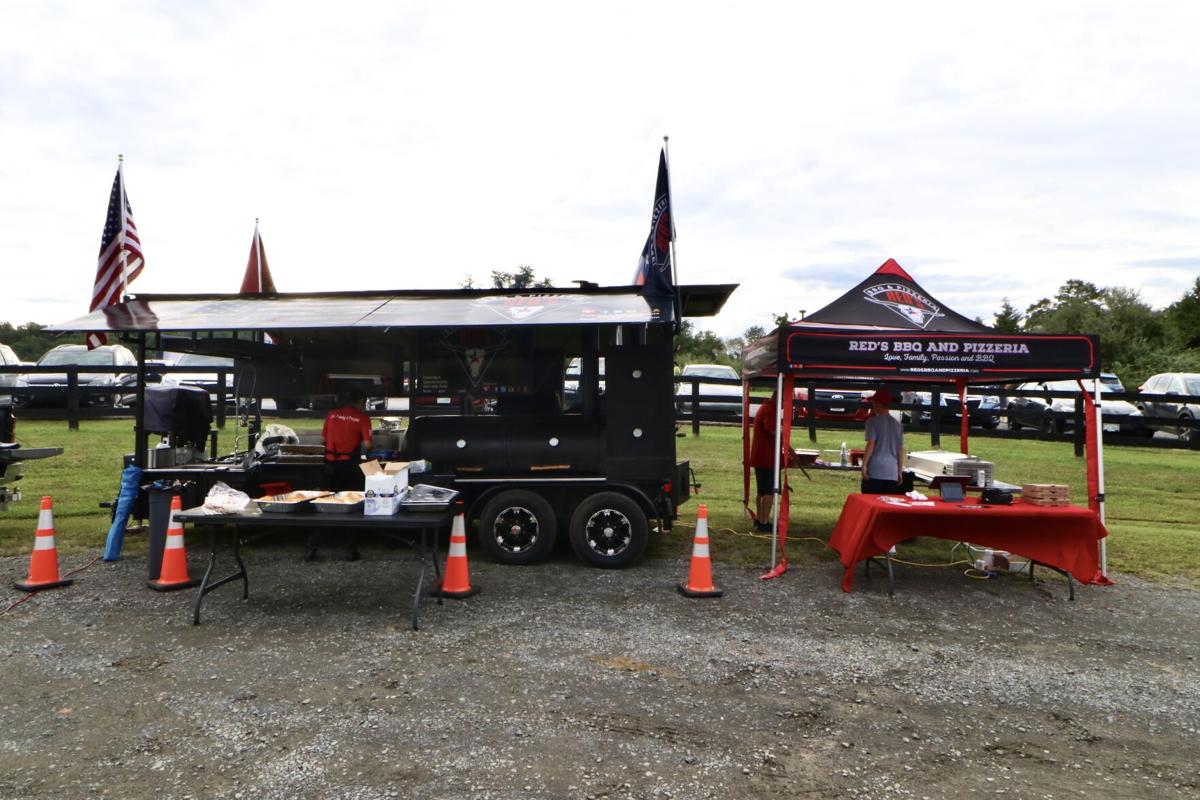 Red's BBQ & Pizzeria was also among the evening's vendors. 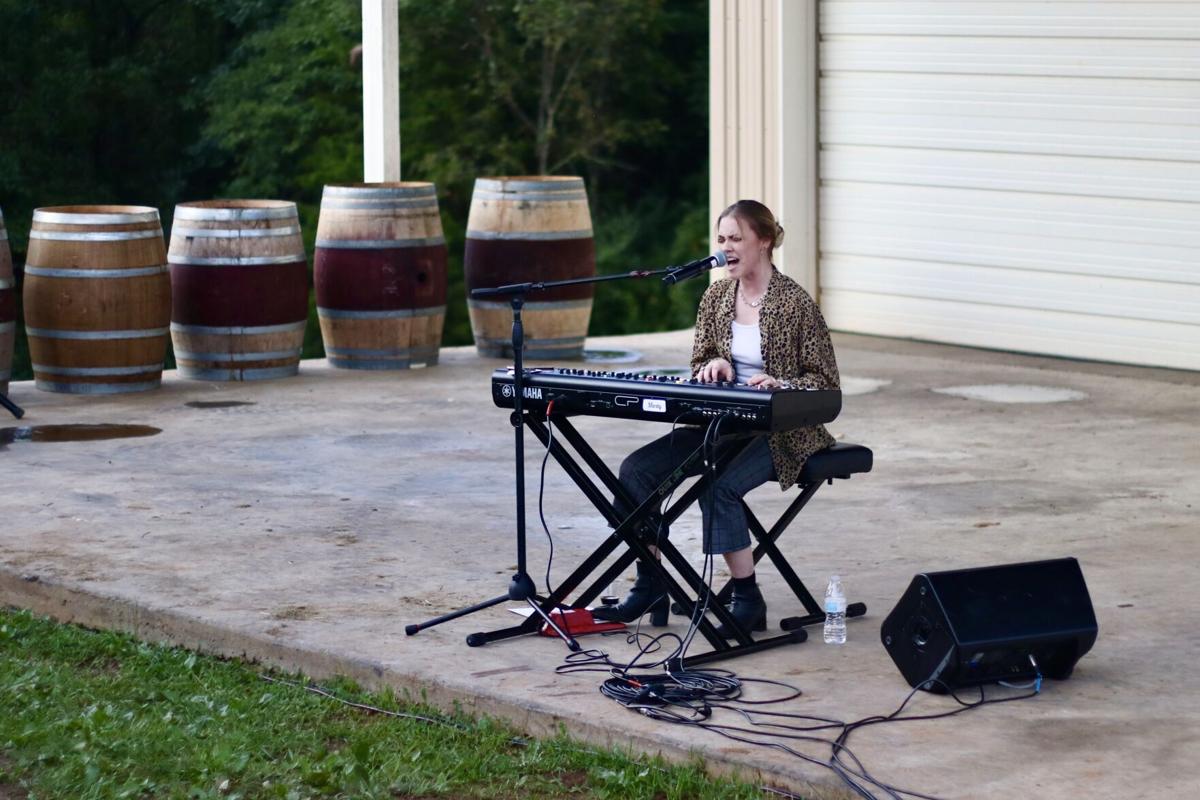 Round Hill native Maggie Miles, now based in Nashville, belts during a solo performance. 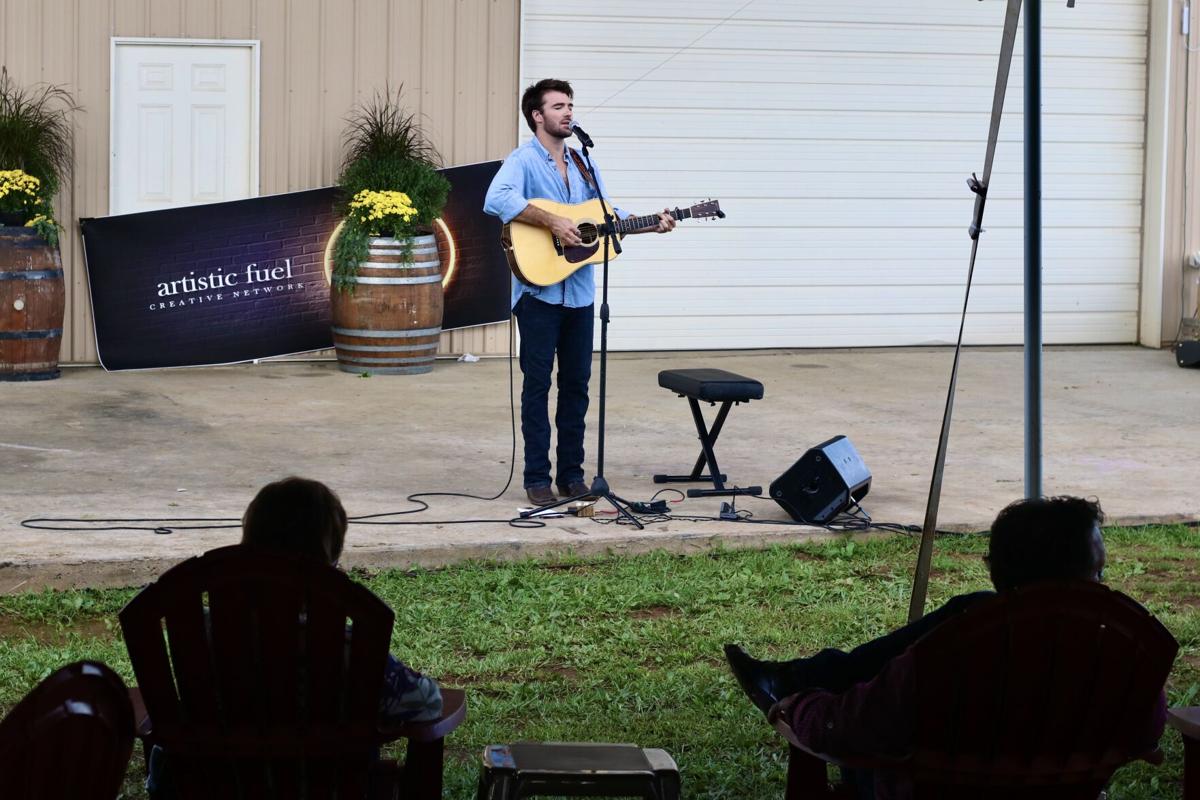 Nashville musician Henry Conlon serenades the crowd as they enjoy their pre-movie refreshments.

Visitors begin to park in front of the massive, inflatable screen at 50 West Vineyards for the opening night of the Loudoun Arts Film Festival Sept. 10.

Red's BBQ & Pizzeria was also among the evening's vendors.

Round Hill native Maggie Miles, now based in Nashville, belts during a solo performance.

Nashville musician Henry Conlon serenades the crowd as they enjoy their pre-movie refreshments.

The rainclouds that hung over Loudoun for much of Thursday were merciful enough to dissipate by the evening, allowing opening-night visitors at the Loudoun Arts Film Festival to enjoy the mountainous milieu of Middleburg's 50 West Vineyards in all its sun-dappled glory.

While many film festivals both in the U.S. and across the globe either postponed or canceled their festivities due to COVID-19 this year, the LAFF staff worked overtime to keep the event going, pivoting from a more indoor-heavy setting in downtown Leesburg to an outdoor venue in order to mitigate spread of the coronavirus.

By continuing operations, the festival — which will continue all of this weekend and most of next — is able to assemble not only film-related talent to network and share their creations, but also musicians, fine artists and culinary craftspeople.

"We have the intimacy of a smaller festival, but we can have the scope and relationship-building and connectivity that we're looking for," Palmiotti said. "Getting artists and musicians and filmmakers in the same [space] is ideal."

Guests are welcomed onto the grounds by mask-wearing assistants, who immediately use forehead thermometers to make sure nobody is entering the festival while feverish.

On Thursday, they then handed out fliers for Ford's Fish Shack, whose "Ford's on the Road" food truck was one of the evening's vendors. Via a QR code, guests could order from the truck on their phones then receive a notification when their order was ready.

Though Thursday's food sales numbers weren't quite as high as he'd hoped, Palmiotti predicts the weekend and good opening-day publicity will usher in a robust crowd of Loudouners who have been waiting for months to get out and about.

"I think, going forward, the word-of-mouth is hopefully going to help kind of bridge what we're trying to do," he said. "I want to make sure that the vendors get sales, I want to make sure the winery is making a successful event, and I want more people to get to see fine art and music and films."

Among Thursday's entertainment were musicians Henry Conlon and Maggie Miles, both based out of Nashville, though Miles is a Round Hill native.

Both played strong solo sets: Conlon brandished an acoustic six-string while crooning soulful country tunes in a baritone that sounds far older than he looks, in the best way; Miles, at the keyboard, flaunted her signature charisma and conviviality atop her powerhouse voice, carrying all the way to the giant, inflatable movie screen on the opposite side of the property.

"I'm not a betting man, but I would put my life savings on her, that Maggie will be the biggest musician in, like, 12 to 18 months," Palmiotti said.

Once the sun finally hid itself away, the aforementioned screen sprung to life with the evening's two films: "Skin," an Oscar-winning short from 2018; and "The Subject," a new drama starring Jason Biggs of "American Pie" fame.

Both films are incredibly, and purposefully, topical for a 2020 audience, addressing topics of race relations, bias and class separation. "Skin" chronicles the involvement of two young boys — one white, one Black — in their fathers' gang war, while "The Subject" follows a documentarian grappling with guilt after the poor, Black subject of his previous film dies in a gang-related beating.

Though Palmiotti acknowledged the controversial nature of the opening showcase bore the risk of disarming the audience, he believes they served as an example to guests that great art is there to challenge, to provoke thought and exhibit different views of the world and the nation.

"These are talented filmmakers that are telling great stories," he said. "If we're going to piss someone off, who cares? This is betterment; this is what makes our culture a culture."

Thursday evening ultimately went off without a hitch — just barely, though. According to Palmiotti, one of the generators powering the projection setup ran out of gas right as the end credits to "The Subject" finished.

"Everyone was like, 'Oh my God, we timed it perfectly,'" he said with a laugh. "I don't think we could have planned that."

More information on the Loudoun Arts Film Festival is available at loudounartsfilmfestival.com.