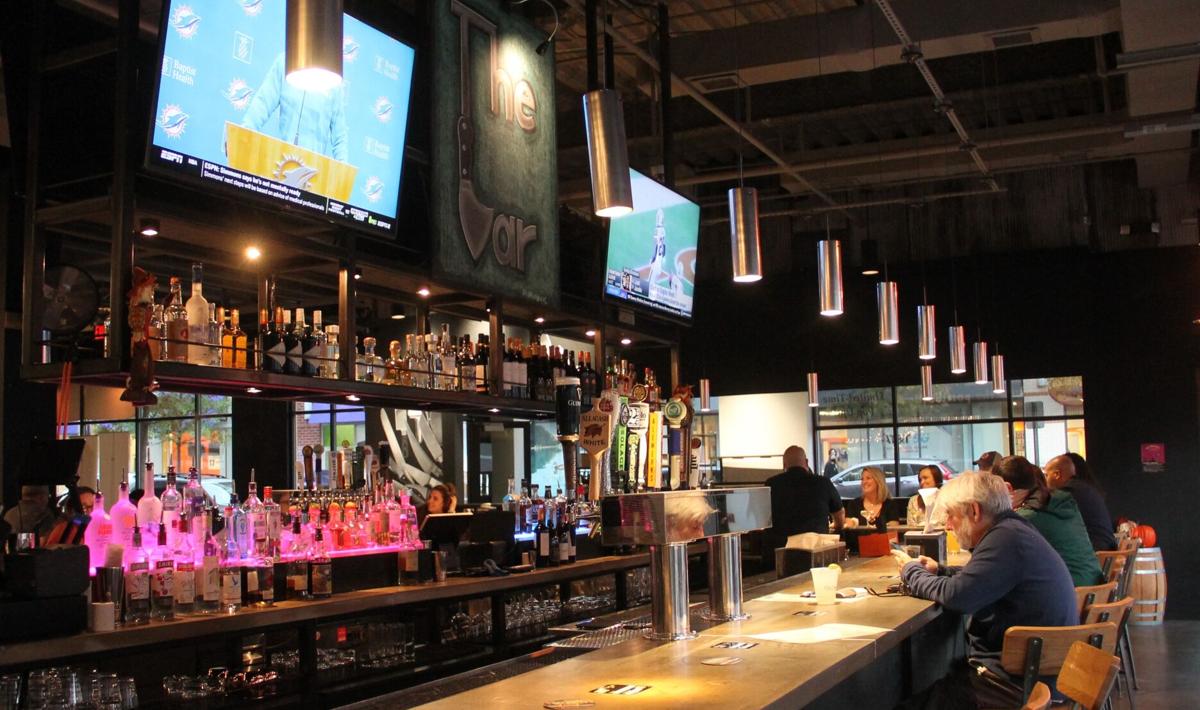 The bar area at Chefscape in Leesburg.

The bar area at Chefscape in Leesburg.

After Chefscape in Leesburg announced a leadership change in February, with long-time Northern Virginia restaurateur Artie Simcox taking the helm, the team says the once-struggling food hall operation is now “rejuvenated and revived.”

Courtenay Jeffers, general manager of Chefscape, has been working with Simcox and Henry Fonvielle, president of Rappaport, the company that oversees the Village at Leesburg.

“It has been their goal to create a level of consistency in order to rejuvenate the food hall with a new sense of purpose and support,” Jeffers said.

Simcox agreed, saying the operation is running smoothly, despite the hurdles of working with emerging restaurants while in the midst of a pandemic.

“Our plan has been well thought out and the rescue of Chefscape has been accomplished,” said Simcox. “We are adding food vendors and growing at a huge rate. The culture and attitude are positive. We give huge credit to Rappaport and the marketing team is outstanding.”

The food hall vendors have generally rotated every few months since Chefscape opened, with some vendors moving on to their own brick-and-mortar operations and others remain in the shared kitchen.

Long-term vendor Colombian’s Place originally started as a mobile food truck more than five years ago, serving authentic Colombian cuisine at events throughout Northern Virginia. But the operation then found a home in Chefscape’s shared kitchen.

Surviving the pandemic was difficult, said owner Javier Galvis, but their customers have appreciated the options of curbside takeout and delivery.

More recently they have been able to utilize the large event space in Chefscape, and feature regular live music and dancing.

“People are excited and they love our food,” he said.

Galvis is grateful for the support he has received from Jeffers in order to expand his business, and said he is considering new opportunities on the horizon, however he plans to maintain a presence at Chefscape.

“He is our longest tenant in the food hall and it shows how passionate they are about serving the community,” Jeffers said. “Everyone enjoys his food.”

New tenants at Chefscape include Rogi, a Ballston-based pierogi maker offering “interesting fillings,” such as braised beef brisket with garlic and herbs. Rogi is joined by Lucky Dog, a casual hot dog joint.

“They are doing amazing,” Jeffers said.

Happy Hours at the popular bar area feature fresh oysters from Erik Foxx’s Polished Foxx catering, available Wednesday through Sunday.With the annual Monster Mash at the Village at Leesburg from 3 to 7 p.m. on October 23, Chefscape is joining in the fun with plans for a Harry Potter-themed weekend.There will be “Sorting Hat” pierogi at Rogi’s, cocktail powder kits for adults, witches’ cauldron cakes, face painting and the classic Harry Potter movie on the big screen.“We are excited for this weekend,” Jeffers said. “There will be Harry Potter themed drinks and it will be creative and fun.”