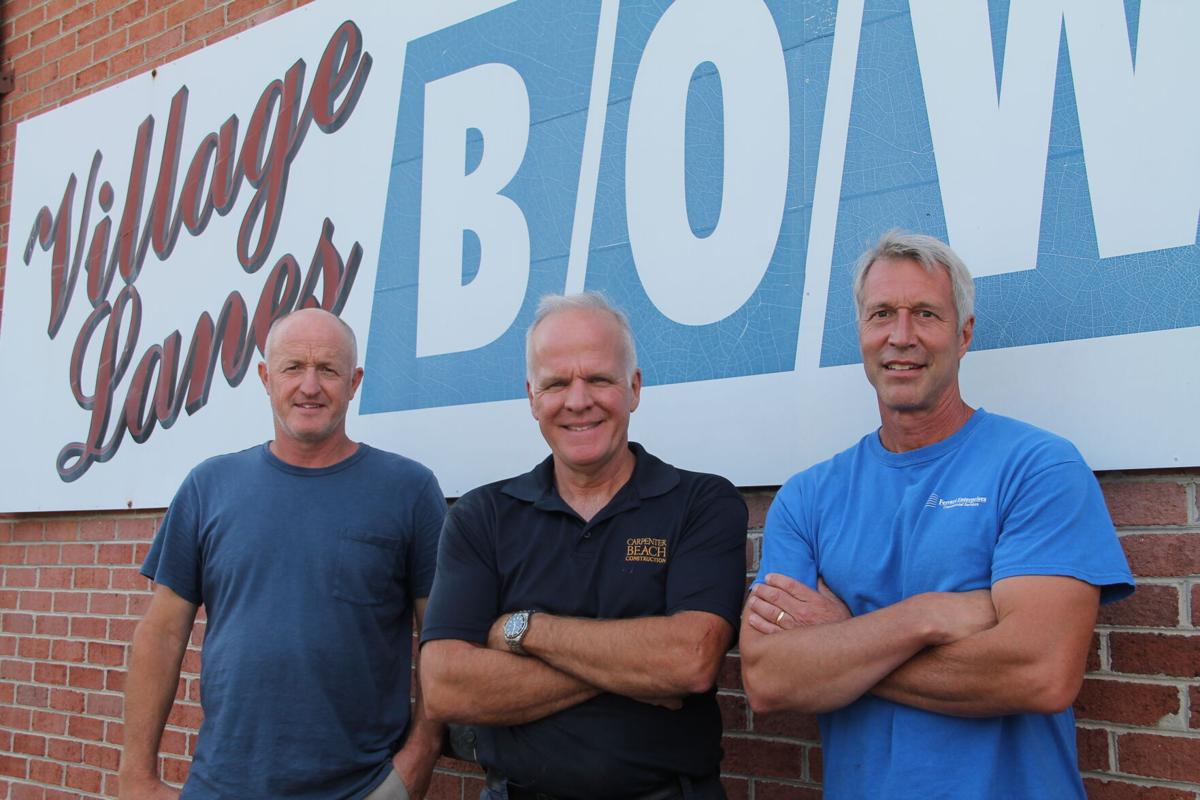 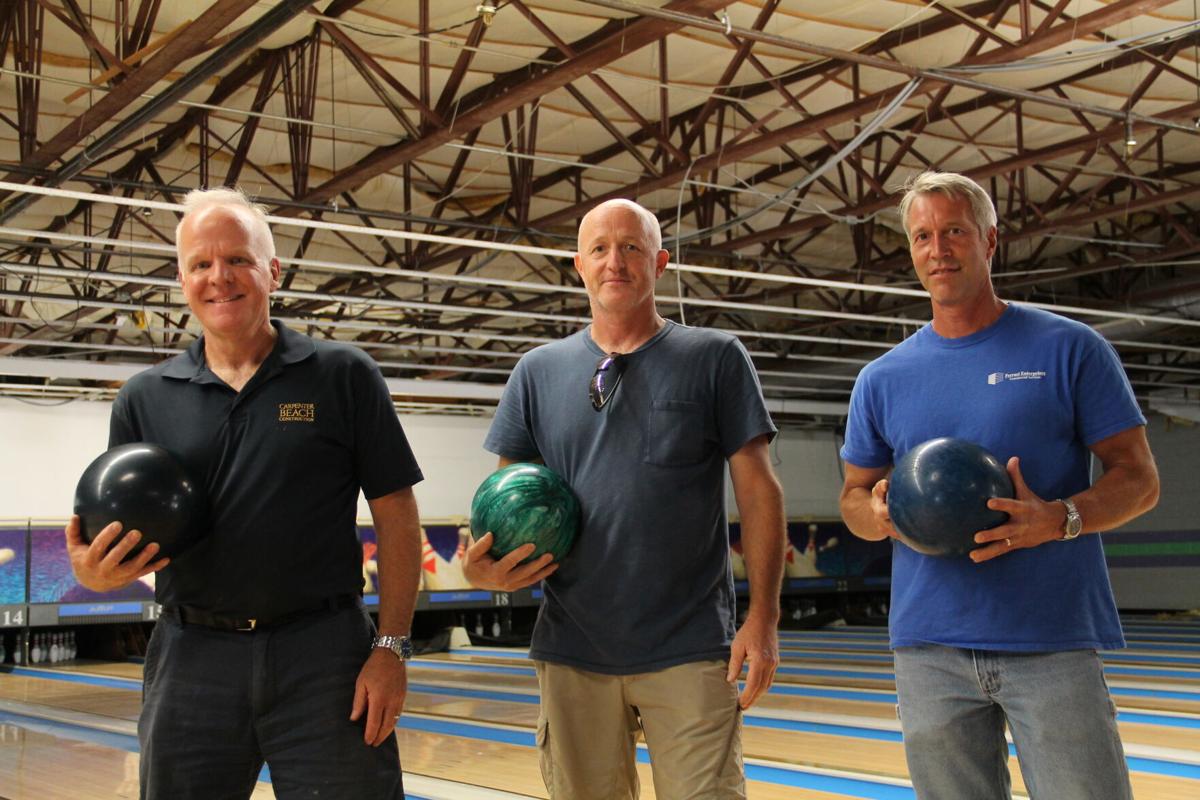 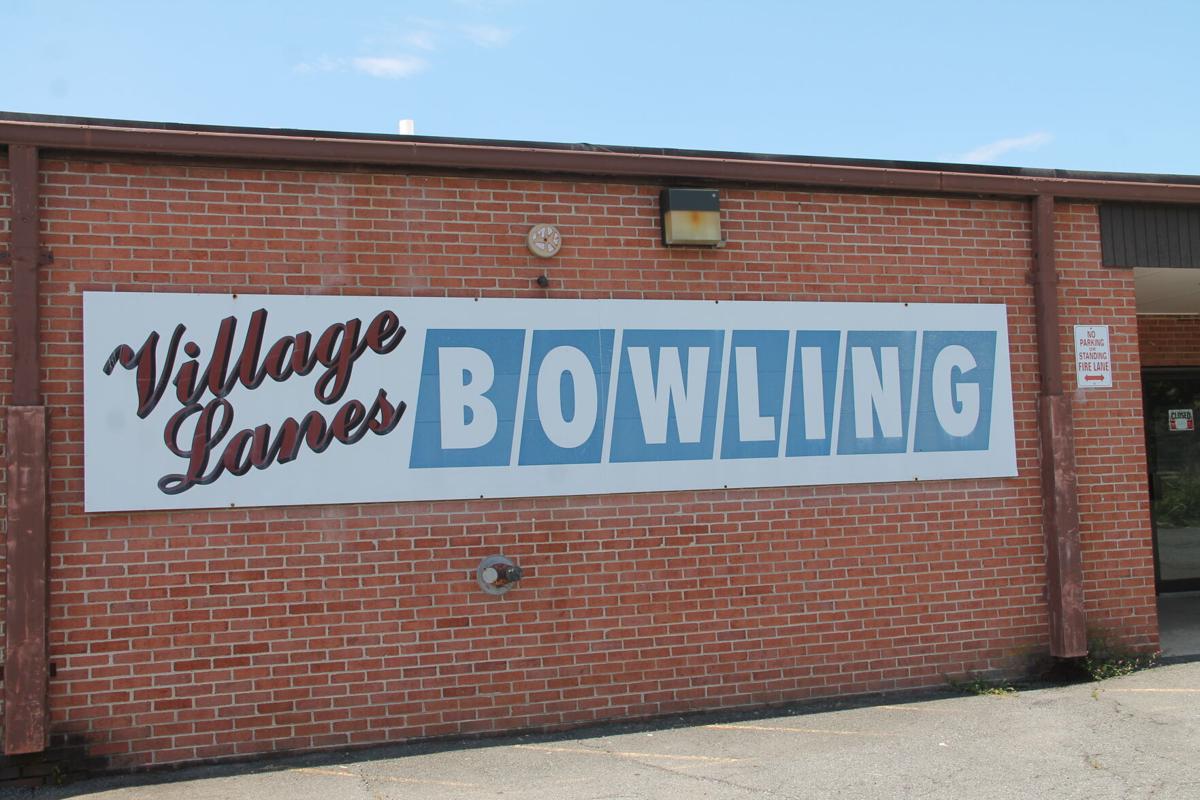 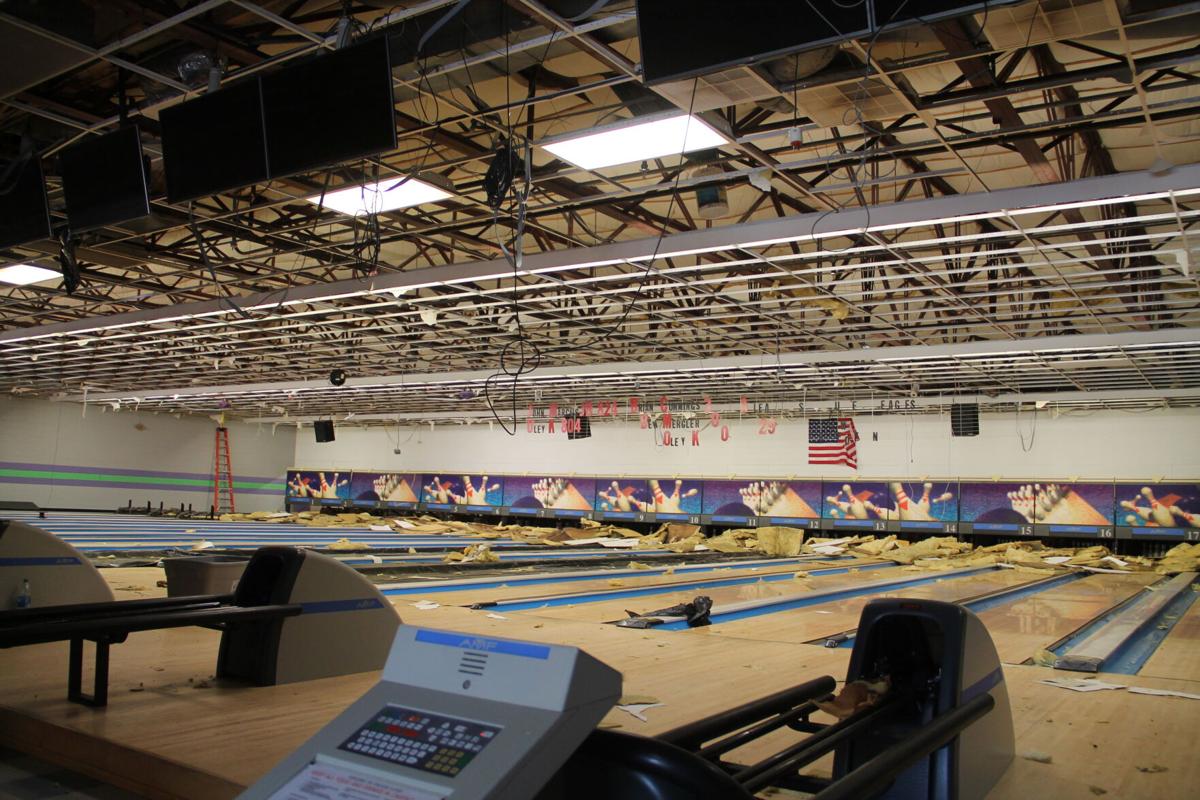 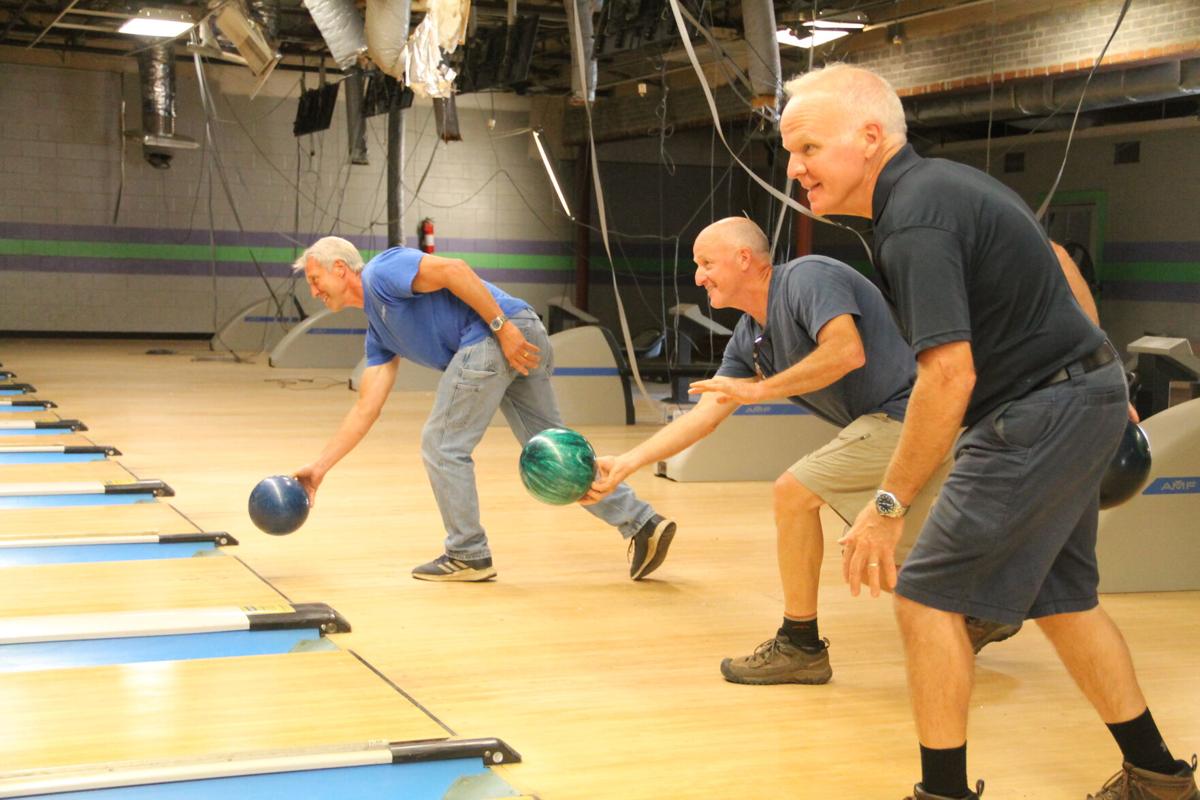 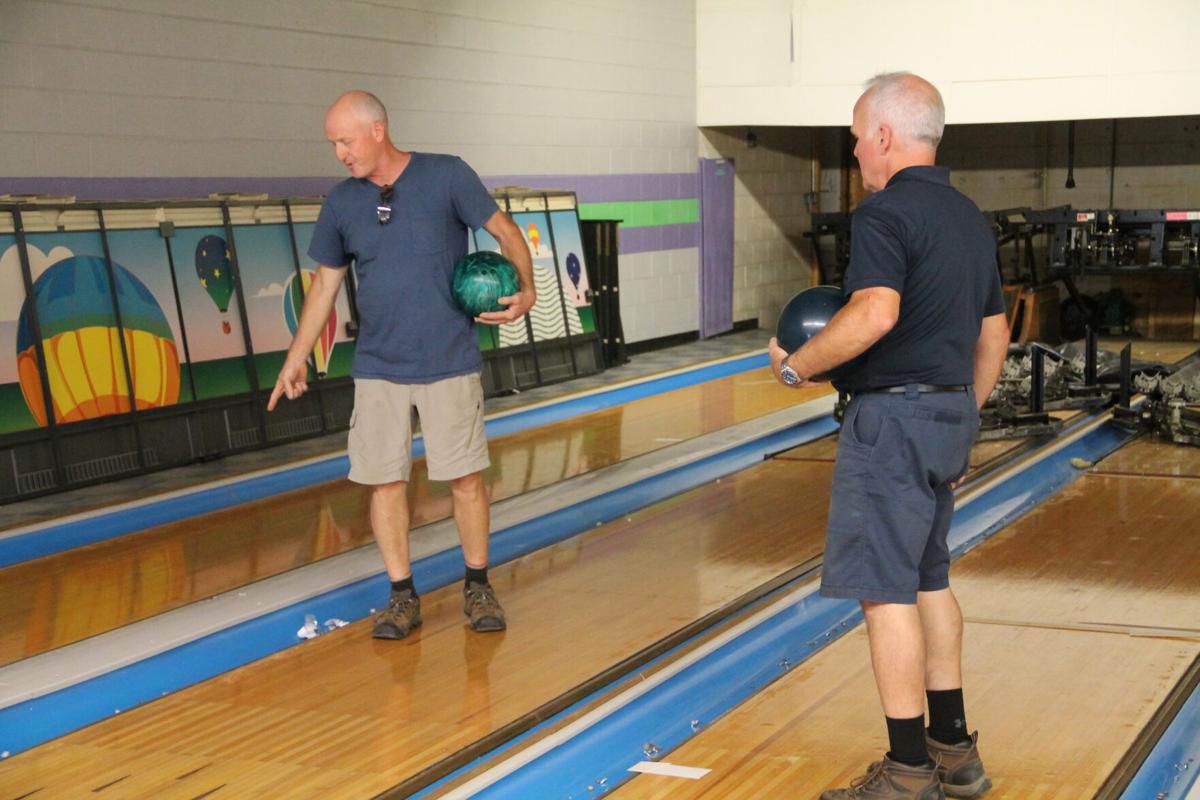 The old-school Village Lanes Bowling Center on Catoctin Circle in Leesburg is under new ownership.

Longtime Loudoun County residents Scott Carpenter, Charlie Beach and Paul Ferrari purchased the 17,000-square-foot building set on four acres on Aug. 11 after it had been on the market for three years.

Previously owned since 1985 by former Purcellville residents Billy and Betty Presley, who now live in Myrtle Beach, South Carolina, the bowling alley has long been a fixture in the community for family-friendly recreation.

The new owners say they have no plans to change that.

Carpenter and Beach also co-own Local Wood, a company that sells reclaimed lumber and slab wood products, as well as Carpenter Beach Construction. They teamed up with Ferrari, a Purcellville resident, for the new venture.

The opportunity came about while they were searching for a new location for Local Wood. The company’s current space — across the street from the bowling alley in Virginia Village Shopping Center — is being redeveloped.

“My reaction initially when we saw [the Village Lanes space] was this wasn’t the right fit, but Charlie and my son Ben thought we could keep the bowling alley and renovate it,” Carpenter said.

Those extensive renovations are currently underway. The bowling alley is now closed as the upgrades are installed, and the new owners plan to reopen in the winter.

Renovations include reducing the bowling alley from 24 lanes to 16 lanes in order to make room for Local Wood’s business, which will utilize about 2,000 square feet in one corner of the building. Also installed will be a $200,000 scoring system, a new kitchen and enhanced HVAC system and duct work to heat and cool the building more efficiently.

“In all it will be close to a $1 million renovation,” he said.

The restaurant will serve upscale pub fare, with 40 seats at tables and seating around a four-sided bar. There will also be an outdoor bar and patio, and there are plans for recreational activities such as volleyball or pickleball.

In addition to bowling, there will be a throwback arcade. The new owners say they look forward to welcoming back the bowling leagues, as well as hosting corporate events and parties once it reopens.

They have hired two former employees of the Middleburg Tennis Club to run the bowling operation. Vaughn Gatling will serve as general manager, and Chef Manual Alvarez will run the kitchen operations.

“We were lucky to get them, they are the best. Very hardworking. I feel lucky,” Carpenter said.

A new name for the bowling alley has not been announced, but several options are under consideration, according to the owners.

Ben Carpenter is helping oversee the renovation. “We are looking at this area as becoming a walkable part of town with the upscale housing, retail and commercial opportunities. We are really excited and see it as a good investment for the community,” he said.

In the meantime, Village Lanes is planning a bowling ball art project fundraiser as a way to utilize the old bowling balls left behind in order to make room for new ones. The event will benefit the Ampersand Pantry Project, which provides free lunches to local residents in need. About 200 bowling balls will be part of the artistic event.

Leesburg attorney and Ampersand Project founder Peter Burnett has been talking with local artists about the project and more details will be available soon, he said. Details are expected to be announced on The Ampersand Pantry Project’s Facebook page.

We welcome any new business, especially those that are keeping old ones going. Look forward to going once again!

Thank you to these three businessmen for investing in Loudoun!!!!

Keep the Steak and Cheese on the menu.

[thumbup] Wishing them the best of luck. Hoping the business takes off and does well.

Very exciting for Leesburg and Loudoun. Can't wait for it to open back up.

Can you still call it a Bowling Alley? It looks like this will be more of a Restaurant that has Volleyball, Pickleball, Arcade Games, and Bowling. I don't fault the owners, whatever you can do to get people in the door to buy $50 worth of food and drinks are how you make money. Maybe they should also try to get some schools to have their teams play events at the place. Maybe "fundraiser" games and such.

Beer, Galaga, and 16 lanes. Sounds like a bowling alley to me.

Keep that burger on the menu