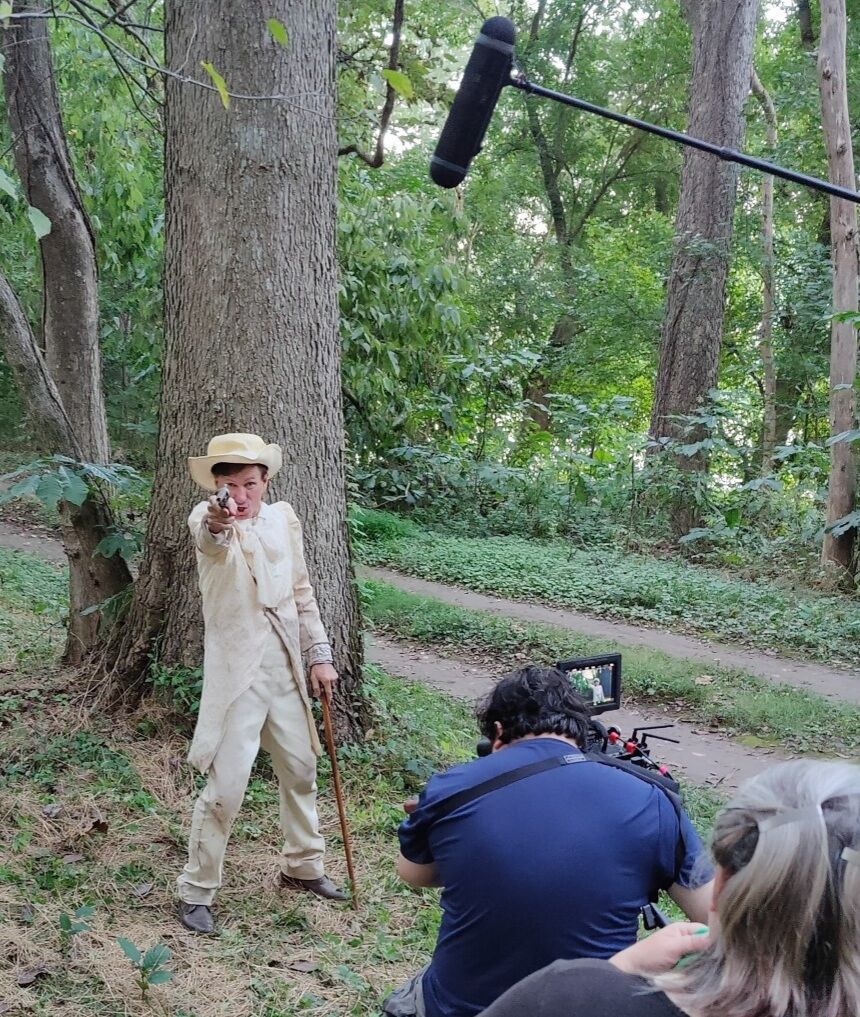 Bill Oberst, Jr. on the set of Bloodspawn. 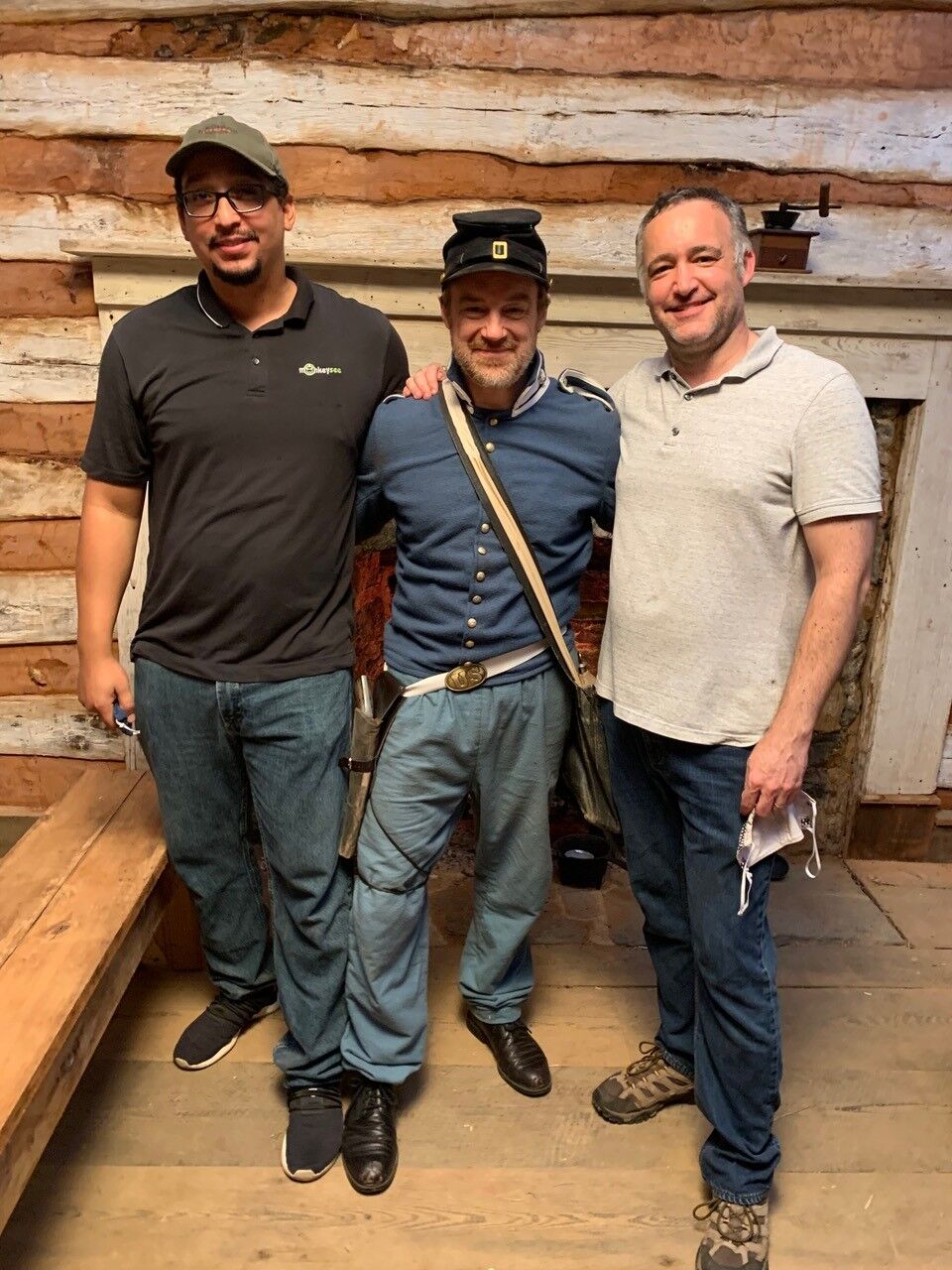 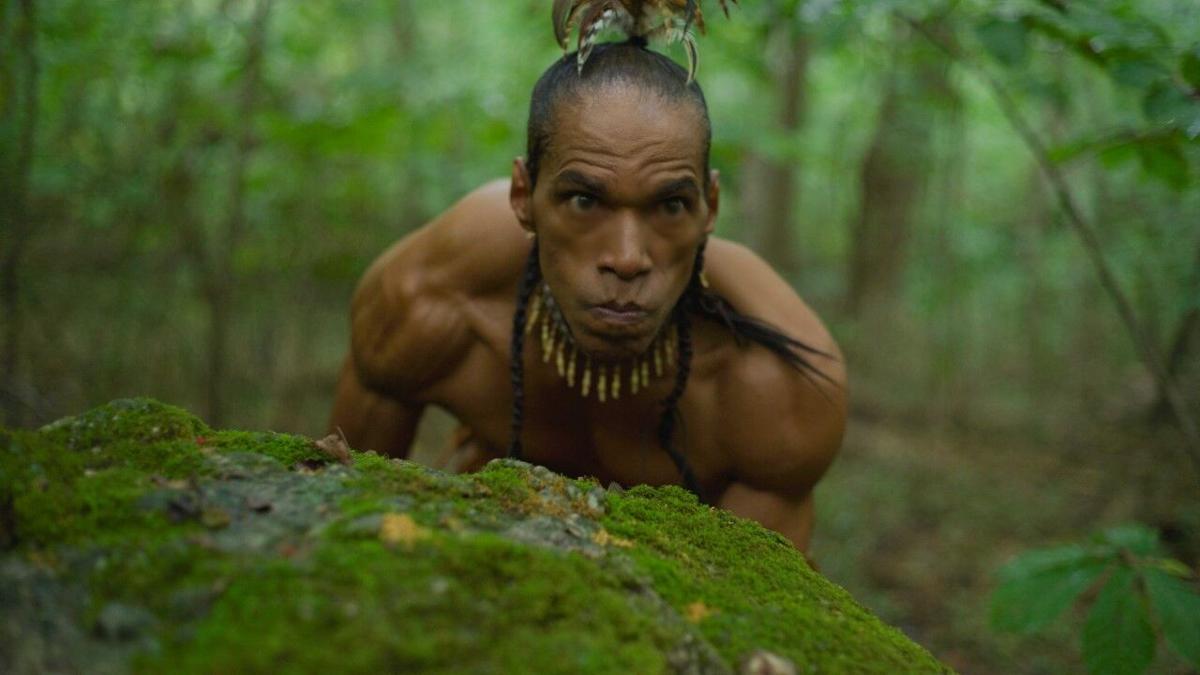 Actor Raw Leiba on the set of “Bloodspawn.”

Bill Oberst, Jr. on the set of Bloodspawn.

Actor Raw Leiba on the set of “Bloodspawn.”

Several locations in Loudoun County can add “movie set for creature feature monster movie” to their credit after directors for the movie “Bloodspawn” wrapped nine days of production this month.

The film is co-directed, written and produced by two local residents – Derek Campbell and David Rotan.

Based on folklore from the Native American Cherokee tribe, the story involves “Uktena” — a flying winged serpent with antlers and a shiny gem on its forehead which has magical, mystical powers.

The movie takes place in the 1830s in the Appalachian wilderness. A group of soldiers and their prisoner, a Cherokee warrior, find themselves trapped and surrounded by evil, ravenous creatures. They realize they must put aside their differences to battle the ancient curse unleashed upon all of mankind before it’s too late.

“It’s a cool legend that we have adapted into the movie,” Rotan said.

Patrick Kendall, who has worked on CBS’ “Survivor” and “Amazing Race” as well as “One Strange Rock,” is handling the cinematography for the film.

Actor Raw Leiba — well-known for his roles in “The Heat” and “Bone Tomahawk” — has one of the lead roles as a Cherokee prisoner of the soldiers. Other prominent and award-winning actors involved in the film include Bill Oberst Jr, who is known for his work in the films “Circus of the Dead,” “Scream Queens” and “Criminal Minds;” R. Keith Harris from “The Walking Dead” and “A Walk in the Woods” and Roger Willie, who played Charlie Whitehouse in “Windtalkers.”

Rotan and Campbell met while working in the early 2000s at a media company in Great Falls. They worked together on the film “Lost Stallions: The Journey Home” in 2008 and always hoped to find another project on which they could team up.

The idea for “Bloodspawn” originated about three years ago when Rotan began watching monster and sci-fi movies.

He reached out to Campbell and they started writing the script and raising money for the project, with the goal of recruiting a cast of noteworthy actors, an ensemble Rotan said ended up being “fantastic.”

Leiba said the team hopes to have a faster-than-typical turn around on post-production of the film. He hopes to host a premiere in Loudoun County when it’s released, which will most likely be in less than a year.

He said feels that Loudoun was the perfect backdrop for the film given the natural beauty of the county’s forests and mountain locations.

The entire movie was shot at locations at an undisclosed farm near Leesburg and in Bluemont, Rotan said. In Bluemont, they worked at the Snickersville Academy cabin. There were also two scenes shot on the trails at the Bear’s Den in Bluemont.

Rotan hopes to do more production in Loudoun County and Northern Virginia.

“We are not looking at doing just monster movies,” he said. “There are other genres we are considering such as children’s films or possibly other thrillers. Of course we’d also like to do a Bloodspawn 2.”

A teaser trailer for the film can be seen at www.imdb.com, search “Bloodspawn.”