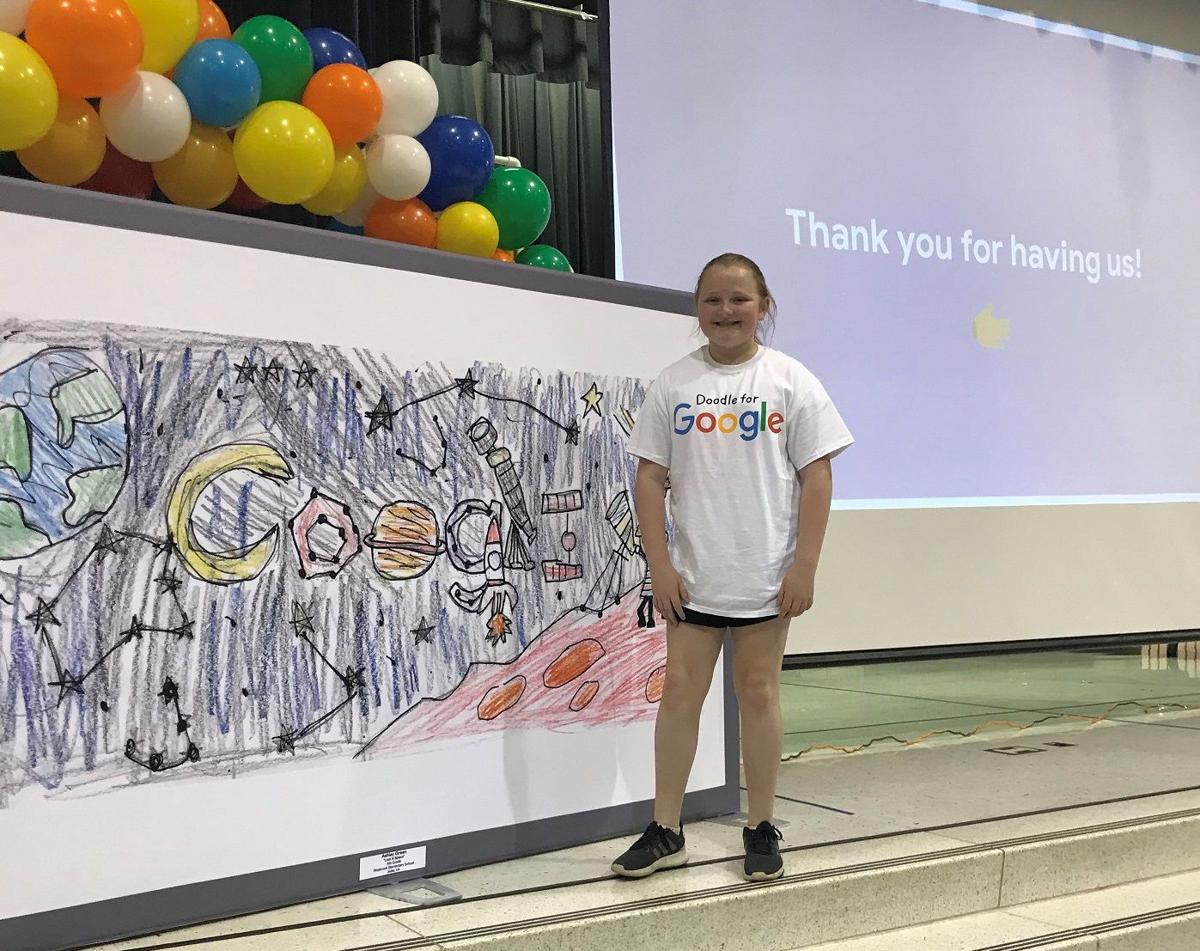 An Aldie fourth-grade student has been named the Virginia winner of Google’s annual Doodle for Google art contest and is now competing at the national level.

Doodle for Google allows children in 53 U.S. states and territories to compete to have their artwork featured on Google’s homepage for one day. According to contest rules, any child enrolled in grades K-12 can compete.

Green’s entry, “Lost in Space,” is a panoramic representation of outer space in which the letters that make up the Google logo comprise a crescent moon, a satellite and other space-related objects.

"I drew the solar system because I want to be an astronomer or the first person on Mars," Green said.

The state-level winners will be narrowed down to five national finalists after a period of public online voting and input from Google doodler artists. A panel of Google employees will then choose one national winner from the five finalists.

Online voting is open now and will continue through June 7. Those who wish to vote for Green’s artwork can do so by visiting https://doodles.google.com/d4g/.

In addition to having their artwork displayed on Google.com for a day, the winner will receive a $30,000 college scholarship, a $50,000 technology package for their school or nonprofit, a trip to Google headquarters in California and Google swag.

The Google homepage has displayed more than 2,000 “Google doodles” – illustrations and interactive animations – since the first one debuted on July 14, 2000.

Way to go Ashley! What a great doodle, looks like you have exciting goals for yourself. Keep reaching for the stars you may just get to Mars!!