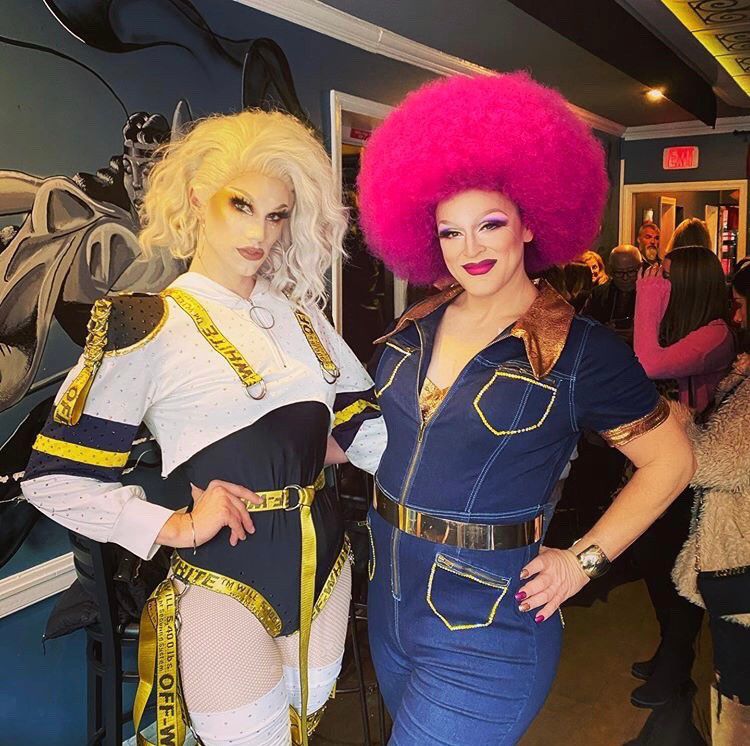 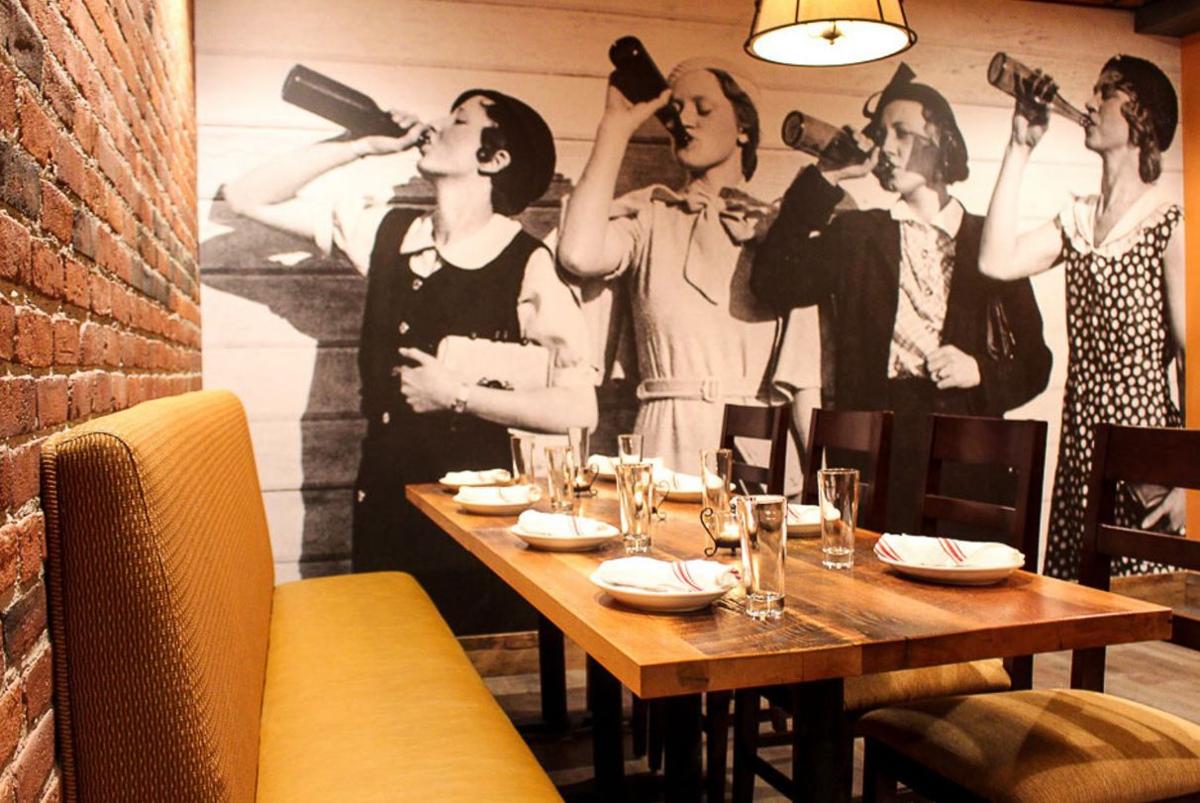 City Tap's walls are adorned with murals that celebrate food and drink.

Two Loudoun restaurants — Leesburg's ChefScape Kitchen and City Tap House in One Loudoun — will host drag shows for the first time next month, and with tickets for both sold-out weeks in advance, it appears county residents may have a recurring new entertainment option.

"There are so many younger people, and even older people, who want something other than a guy and a guitar in a winery," drag performer Ryan Kincade told the Times-Mirror. "They want some other entertainment, and they don't necessarily want to go all the way to D.C. or Baltimore for it."

"I'd been to drag shows in D.C. left and right and so have all my friends, and they've always been so much fun," Baldwin said. "So [Tarbender's co-owner] Paul Zangos and I said, 'Why don't we have it here instead of everyone having to drive all the way to D.C.?'"

Given Baldwin and Zangos try to host charity events at Tarbender's about once a month, they reasoned something as unique to the area as a drag event would be a fun new way to give back. They held their first drag show in April 2018 and have hosted several since, both as an evening event and as part of its series of "Sunday fun day" brunches.

The restaurant was overflowing with patrons during the latest drag event on Jan. 12, with dancing, smiles and laughs aplenty.

Baldwin said the “Sunday fun day” crowd usually consists of women and couples who are excited to see a show and enjoy mimosas or Bloody Marys "when everyone else is watching football."

Charities benefited have included the Loudoun Abused Women's Shelter and The Trevor Project, a nonprofit dedicated to crisis intervention and suicide prevention for LGBT youth. While Tarbender's donates 10% of proceeds from the shows, Baldwin said the individual performers will often contribute nearly half their tips.

"I think people have this idea in their head that a drag show is a man dressed up like a woman, but it's actually comedy, it's entertainment. It's just something fun that the whole community can get around. You can be teenagers and come in there," she said.

"It sold out in record time, which was amazing to us. We sold about 225 tickets in just a little over two weeks," ChefScape Chief Operating Officer Ginny Grivas said. "We had this huge wait list of about 100 people who were not able to get tickets."

Grivas believes the newfound popularity of drag shows in the area — as well as ChefScape's other culturally diverse events — signify a growing sense of open-mindedness and youthful exuberance in Loudoun.

"We were fully booked within five days at every table with some room at the bar for lucky walk-ins," Gartzke said. “The warmth and reception from the community at large towards all of our special events has been overwhelmingly positive and we’re grateful to participate in the community any way we can.”

Future drag shows in the area include another at ChefScape, which is scheduled for April 24 at 9 p.m. More information and tickets are available at facebook.com/events/160982095163950.

What started out as risqué entertainment has degenerated into Story Time for kids at the Library. Main streaming this type of tawdry, degradation needs to be controlled.

Parents should choose what they want to expose their children too. The Sisters of Perpetual Indulgence (You can look that one up for yourselves) have Easter, Halloween and Christmas events that parents bring their kids too all the time in San Francisco. Conservatives always setting limits, you let your kids learn about murderous rapist slave owners and confederate traitors all the time, a few fun loving drag queens ain't gonna harm anyone.

Nope! It actually IS men dressing up as women.[wink]

Oh my Lord, Dave LaRock, Gary Higgins, Dick Black, John Whitbeck and the rest of the stuck in the 1920's crew will be declaring their own public state of an emergency over this one. The conservative airways in Loudoun will be very active the next few weeks. Hopefully they will commit to a mass exodus to Loudoun for West Virginia and leave the rest of us who either removed our stick or never had one to laugh and enjoy all the variables of life.

Why is it permissible to malign, castigate, or ridicule conservatives, but conservatives are not permitted to express their opinion or religious belief??

I am a Conservative, but a proponent of live & let live. While this is not my cup of tea, as long as it is in adult environments, who am I to judge. Where children are involved, absolutely NO. This should not be around families with young children, should not be in library venues for children. Keep it to adults only. Please