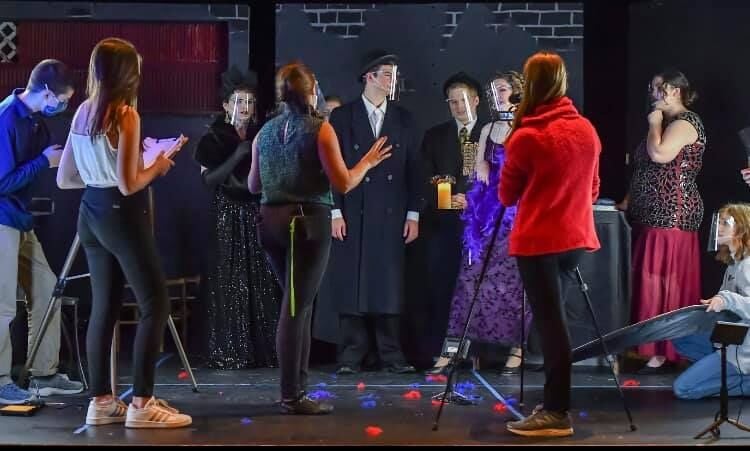 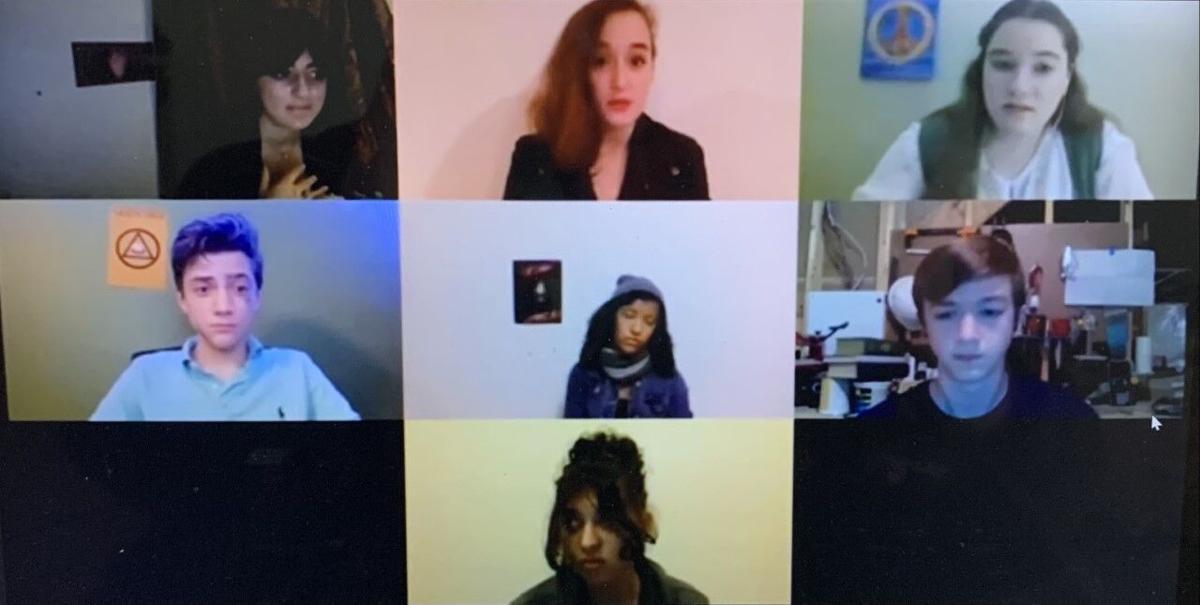 During a time when many extracurricular activities have been put on hold, Loudoun’s high school theatre departments have found a variety of ways to produce fun and creative productions safely during the pandemic.

Jonathan Rogers, performing arts specialist for Loudoun County Public Schools, said he has been busy this fall providing support to teachers as most of Loudoun’s high schools have found a way to perform virtually.

“In many cases they are writing original shows due to challenges of obtaining rights to perform shows. So students are either writing their own or working with a community theater program to do a show,” Rogers said. “We are providing an opportunity to continue the work virtually with rehearsals online. Students and teachers are thinking outside the box. They have been amazing and they are becoming masters at streaming and creating theater virtually.”

Dominion High School Theatre Director Kim Worth helped students write a comedy about the lengths people will go to in order to avoid a disease.

They built sets that were delivered to the homes of each actor so it would appear as though they were performing on a stage. Students used their devices to record the show from different angles.

Worth said it has been good for students to keep the creative and problem solving processes going, which has the added benefit of drawing everyone closer together.

“No matter what is thrown at us we can continue to do what we love. They have learned to not give up. It is a good lesson in life,” she said.

At Tuscarora High School in Leesburg, Theatre Department Director Justin Daniels has been working with his students to “continue being creative.”

Seventeen students wrote and devised their own pieces and filmed a Veterans Day production called “Homefront.” Their virtual show raised $850 for a local veterans group.

Student actors recorded the play over a series of Zoom calls. The technical production crew is currently editing it to add sound, music and special effects. A livestream viewing of the production is slated for Dec. 11 at 6 p.m., and it will be posted on YouTube afterward.

“It was a great process to get to know each other,” said De La Espriella, a first-year teacher who recently moved to Loudoun County after he graduated from the University of Oklahoma. “The big theme of the show is that you have to accept things as they come that you cannot control ... The fact that the students wrote the words made up for the excitement that was lost by not being together in person to perform.”

At Stone Bridge High School in Ashburn, Theatre Director Liney Marks said students are producing “Clue,” a live show based on the board game, which will be broadcast online using “Broadway on Demand.” Tickets are available and performance dates are set for Dec. 3-5 at 7 p.m.

Marks says the show is basically a “live game of ‘Among Us,’ set in a creepy mansion outside of DC.”

Each actor will perform from home with a team of technicians working with OBS software to combine multiple video and audio feeds into one stream, which will then be broadcast to the audience. With the OBS software, they will be able to use special effects, animation and custom graphics.

“I am very excited about this production. I have been so amazed with the work my technicians and actors have already done,” Marks said. “The innovation is just astounding. Our cast and crew sees this show not as a disappointment, but as an opportunity in and of itself.”

Besides the learning process, she sees another positive outcome — the shows can be viewed anywhere in the world, so friends and family who may have not normally been able to see a show are able to do so.

“Overall, the challenges that this show presents are numerous, but we are learning so much in this process already,” she said.

Led by Theatre Director Addie Schafer Benko, the cast and crew recorded the show and it will premiere on Dec. 10 at the Stephens City Family Drive-In at 7 p.m. It will also be released on YouTube following the Dec. 10 performance.

Theatre directors are looking ahead to 2021 and are hopeful they can be back on stage with live performances.

Information sessions for the first play will begin in January. For more information, visit infiniteartsummerstage.weebly.com.

“We have never had the chance to modernize the collected works of Shakespeare and present it to audiences of our community and beyond. We are excited about this opportunity to get students safely back on stage,” Augustowski said.