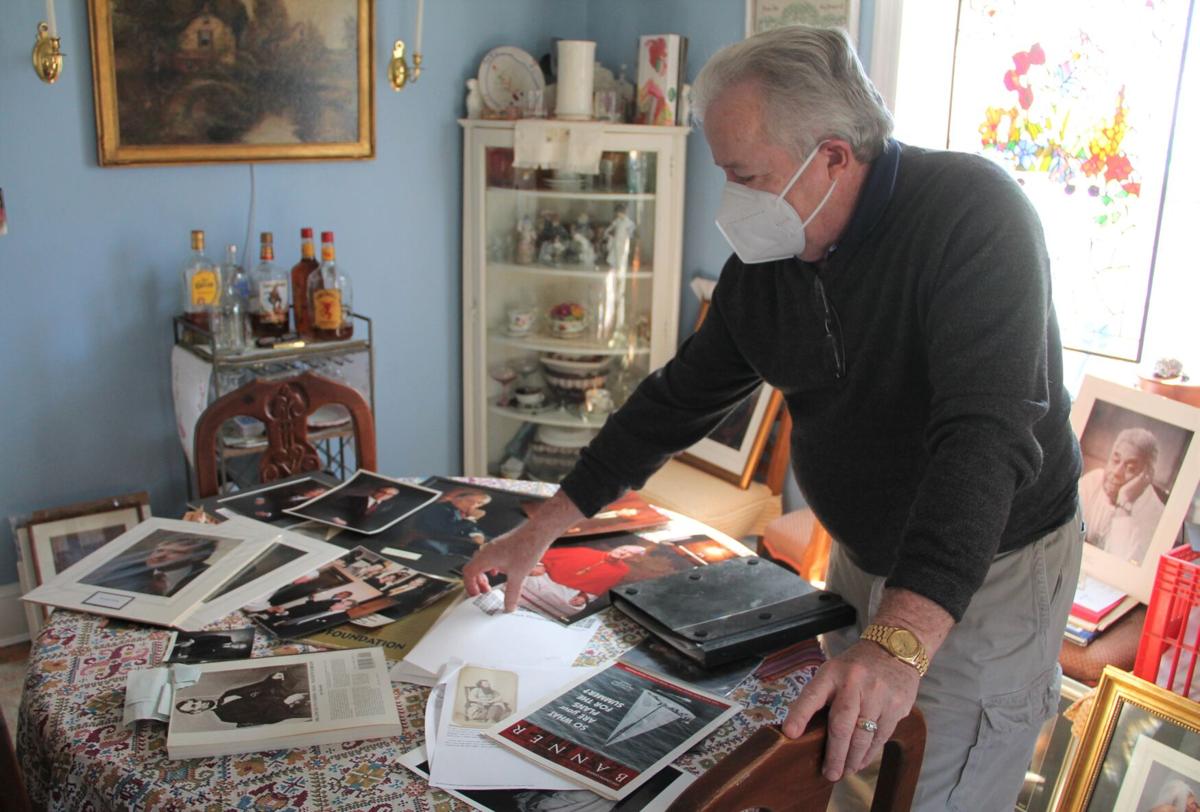 Harold Brown displays memorabilia from his years of photographing famous politicians, business executives and families around the world. 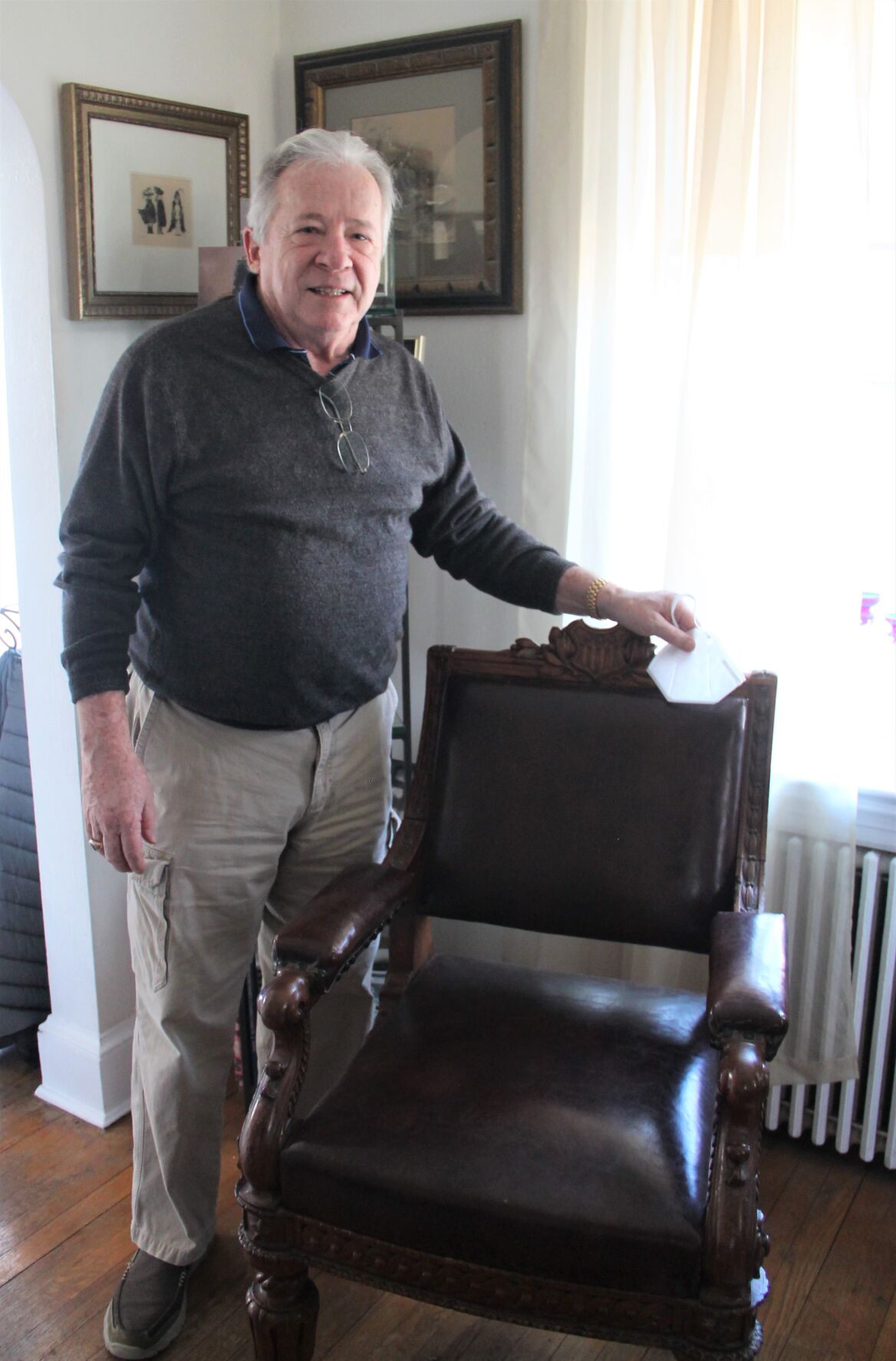 Harold Brown with the Bachrach-owned Lincoln chair, which was used to photograph former President Abraham Lincoln.

Harold Brown displays memorabilia from his years of photographing famous politicians, business executives and families around the world.

Harold Brown with the Bachrach-owned Lincoln chair, which was used to photograph former President Abraham Lincoln.

Harold Brown is the owner of Bachrach Photography, a business in operation since 1868 with offices in Boston, Philadelphia and New York City. Bachrach is known for photographing famous politicians, the past three popes, well-known business executives, actors, musicians and high-profile families.

Seven years ago, Brown’s brother, Bob, founder of Leesburg-based Brown Carrera Realty, encouraged Harold to move back to the area, which he did with his wife Jeanne.

They recently invited the Times-Mirror to see historic memorabilia including the Bachrach-owned Lincoln chair — named for its most well-known occupant, President Abraham Lincoln — which was used for portrait sessions and would float between their studios in New York and Washington, D.C.

How did you become a photographer and come to work with such famous clientele?

I always had a knack for art and would create art through high school and college. After serving in the United States Air Force I picked up a camera and began photographing people for work. I founded a company called Model Star Search and we would take professional photos of models. In 1988 I started my own studio with Jeanne where we did weddings and portraits. It was a tremendous success. We became number one in the Washington, D.C. region for wedding photography.

One day, the Bachrachs came to our studio and flew me up to Boston for an interview with Fabian Bachrach. The meeting went so well that by the end he made me a partner. Before he died, Fabian and I agreed to make history together and I would continue his business.

Do you make portraits exclusively? Do you do video work?

Yes we only do portraits. Our objective is to take the best photo you will ever have. We used to do events, but we do not do them anymore. I use Canon cameras and began using digital in 2000. I have not done videos, only still pictures.

What are some of the most memorable experiences from your work?

One memorable photo session was with former U.S. Senator John Warner (R-VA), who came in to the room with a large group of aides, and he was unhappy about taking the time to do a photo. He said “I don’t know why I do this, I never had a portrait I liked.” I told him “Senator, sit down and I will take a photo of you that you will like.” In the end he was pleased with the results. I remember many jokes and funny stories with clients. Another memorable session was with a family who had a son with special needs and he couldn’t talk, see or hear, but somehow I was able to make him smile. It was the greatest challenge and the most rewarding.

What is it about your portraits that stand out?

I studied the masters — Rembrandt and Sargent — and their lighting combinations. I can guarantee we will take the best photograph. Any face is a masterpiece if it is posed and is in the right light. I saw the Mona Lisa and it fascinated me and I said ‘I want to do that’.

How has technology influenced your work over the years?

One of the biggest changes with technology is that we used to provide a book of photos for our clients to review, which was expensive to produce. Now we are able to show them the photos and place orders on the same day. It is great that we can sell the photos on the same day as the photo session when the client is excited about it.