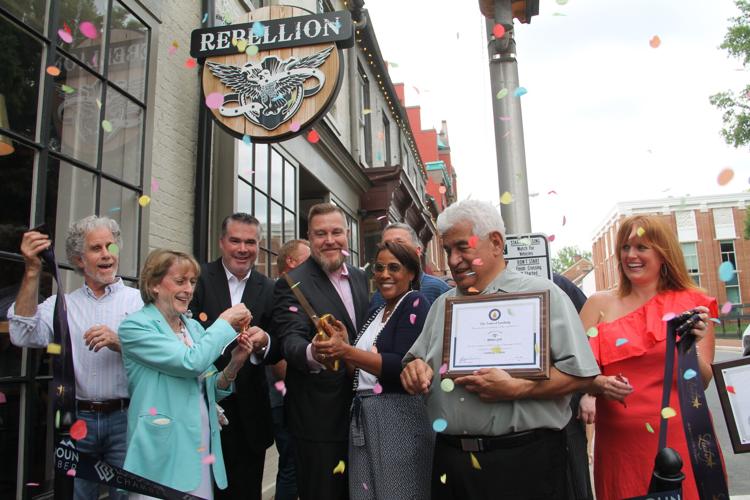 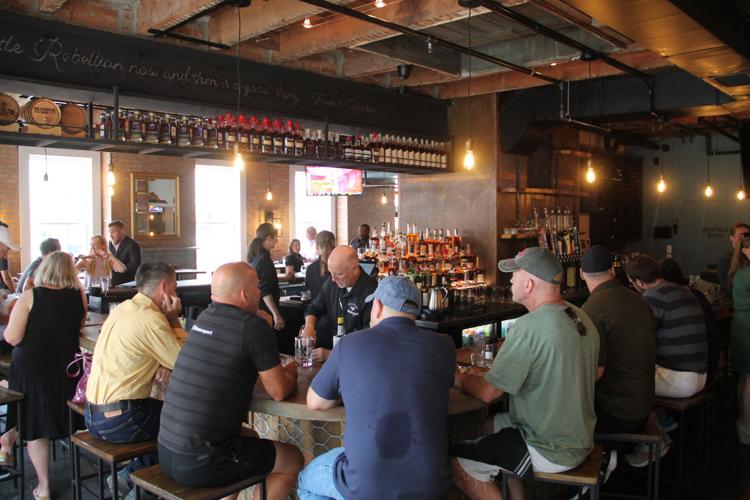 After two years of renovations and with a celebrity chef at the helm in the kitchen, Rebellion Bourbon Bar & Kitchen officially opened for business July 8 at the corner of King and Market Streets in historic downtown Leesburg.

Joel Griffin, co-owner of the restaurant, along with Brent McCaslin, who also serves as general manager, said they are excited to be open after a major transformation of the building.

“When considering options for the new location, downtown Leesburg was top-of-mind given the history of the region, the close-knit spirit of its residents, and the already rich and vibrant restaurant scene,” said Griffin. “We are excited to become part of downtown Leesburg and plan on being an active partner to the local community and surrounding region.”

The Leesburg location joins its sister restaurant, located in Fredericksburg.

The three-story building offers a first-floor bar, a second-floor dining room, and a members-only cigar room on the third. The third floor had been closed up for over 100 years, Griffin said.

Renovating a historic building and transforming it into a three-story restaurant was not an easy process, Griffin said.

“There were days we were not sure we would be able to finish all of the renovations, but we didn’t throw in the towel and we persevered,” Griffin said. “We have a great relationship with our landlord, Don Devine.”

Rebellion’s menu features a bourbon-inspired, locally sourced menu led by Culinary Director & Executive Chef Declan Horgan. Horgan, originally based in Ireland, has led a series of award-winning and renowned restaurants in Paris, Dublin, and the Washington, D.C., metro area. He also placed as a finalist in season 19 of the competitive cooking show Hell’s Kitchen and also competed in Guy’s Grocery Games.

“Declan is doing well so far and taking in the food scene here. We think we have a unique offering people will enjoy with a regularly changing menu,” Griffin said.

Rebellion is open Sunday to Thursday 11:30 a.m. to midnight, Friday and Saturday 11:30 a.m. to 2 a.m. Reservations are accepted. The restaurant will also be available for private party rentals. For more information, visit www.eatatrebellion.com.