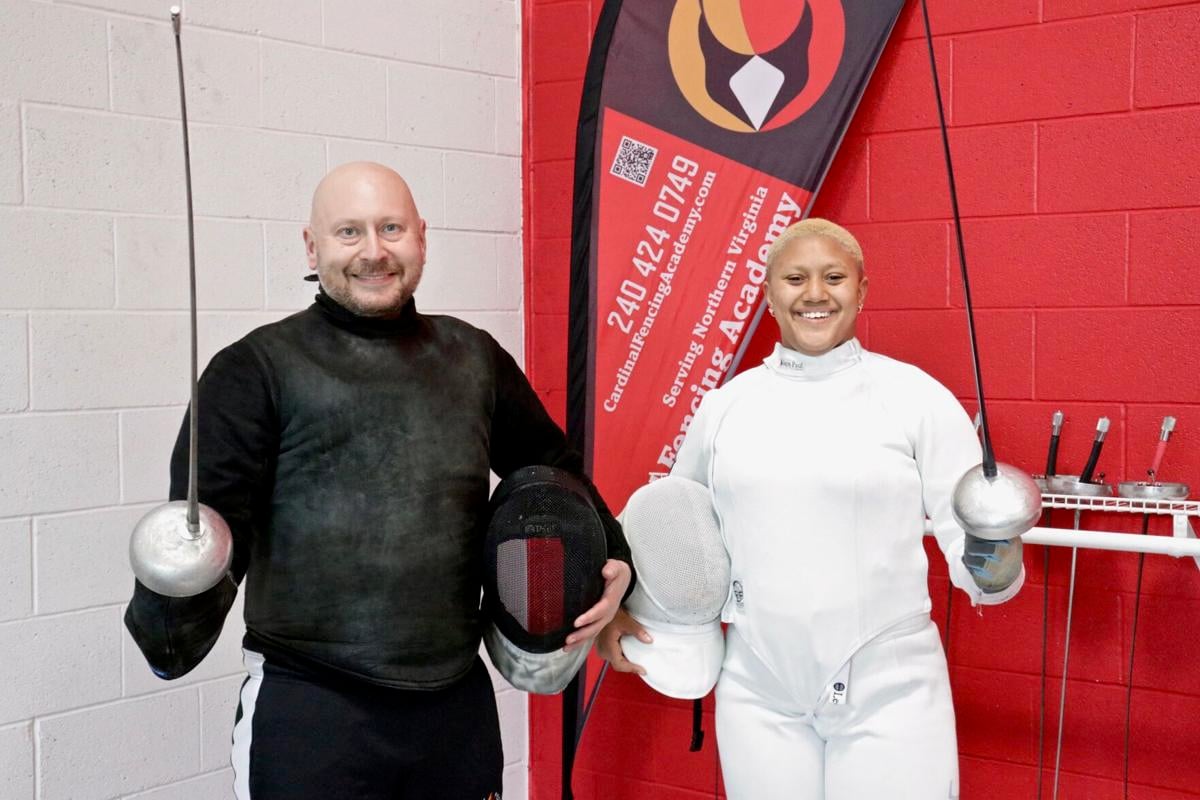 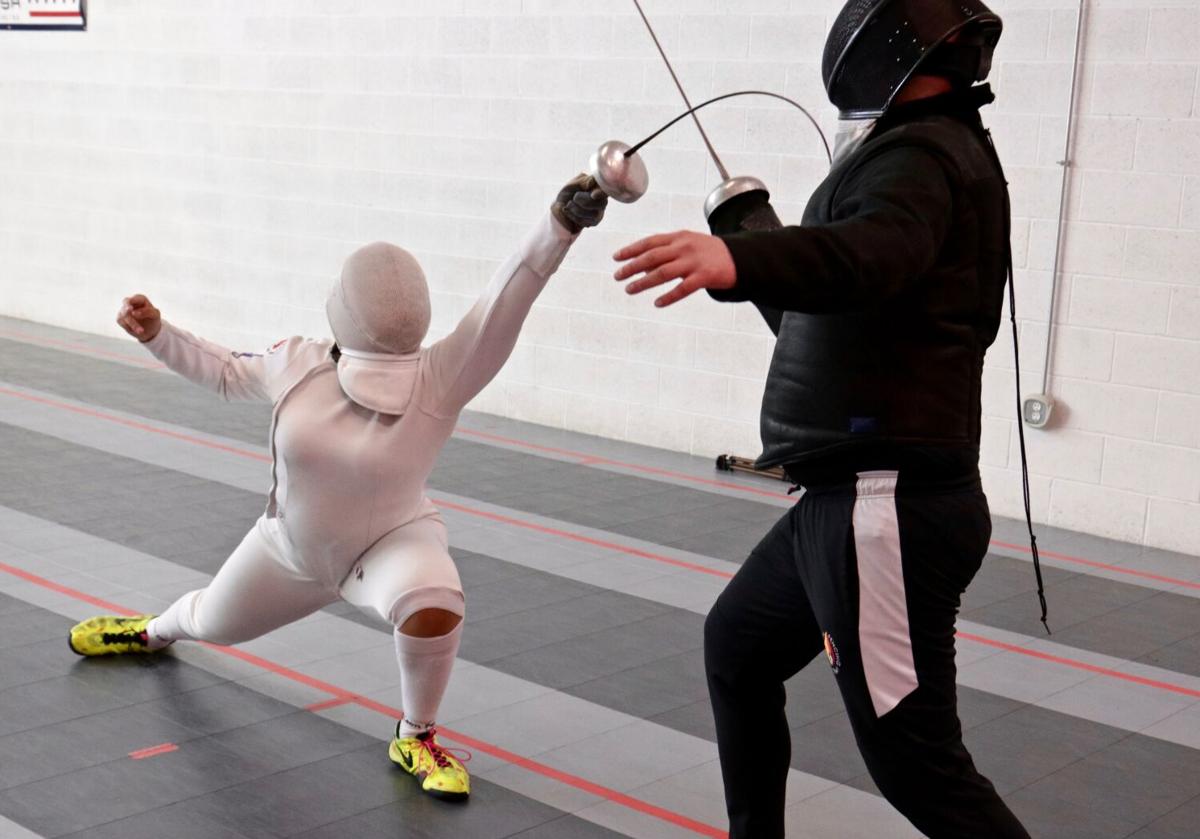 Lobanenkov has been training Joyce for the last five years and has competed internationally for the last three. 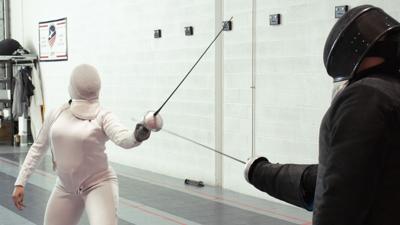 As a pre-teen, few sports truly appealed to Sterling’s Michaela Joyce — that is, until she found fencing.

Now, having just recently turned 17, she is an internationally-ranked fencer scheduled to compete at the Junior and Cadet Fencing World Championships in Cairo, Egypt, with matches on Friday, Saturday and Sunday.

Joyce — now ranked 10th in the world at the junior fencing level, according to USA Fencing — simply did not take to the various sports offered at school when she was younger.

“I took yoga, basketball — I basically tried every sport you could imagine and I was good at them, but it just didn’t click for me,” Joyce told the Times-Mirror.

Joyce was first introduced to the centuries-old art of fencing at her school’s International Day when Ilya Lobanenkov, head coach and founder of Cardinal Fencing Academy in Sterling, visited to perform a demonstration.

She was instantly hooked and took a brochure home to her mother after school.

When her mother finally relented, Joyce attended camp at Cardinal and “had a great time,” leading her to once again beg to be signed up for regular classes.

Through years of hard work and dedication, Joyce has come a long way from her very first competition when she took second-to-last place, according to Lobanenkov, who has personally trained the Loudoun teen for about five years.

Lobanenkov, who is originally from Russia, said multiple traits have made Joyce stand out among her peers over the years, including her “straightforward communication style” and her “joyfully disciplined” approach to the craft.

“A lot of kids will not enjoy exerting themselves, but you were really connected to the fact that you have to try hard [for] the results that you wanted,” he told Joyce.

She attributed her early enamoredness of the sport to Lobanenkov’s teaching method, in which he, in his words, lets kids “fight as soon as they can” instead of first harping on the minutiae of proper form and footwork.

“It really grows your love for the sport because you get to see if you really like the fencing part of it and not just the footwork,” Joyce said. “No one likes doing footwork — it’s necessary and it’s really important for training purposes, but that’s not the funnest part of fencing.”

“The funnest part of fencing is fencing!” Lobanenkov said.

She has relished the opportunity to participate in team events with other fencers she looked up to for years before representing the U.S. overseas.

“It was so cool just being around these girls that I had watched on YouTube,” she said.

“I had seen them online or at the big stages at North American cups, and to be able to be on a team with them and to sit down at team dinner with them and to kind of be on similar playing fields with them was just so cool,” she said.

Joyce finds the enjoyment she receives from competing well worth the rigorous training and preparation she goes through in order to succeed.

Other than spending Sundays resting and attending church with her family, she hits the ground running with a morning workout nearly every day and attends several fencing classes per week, as well as a one-on-one lesson with Lobanenkov every day — two a day if a competition is coming up.

That level of dedication aligns with Joyce’s belief that the best way to engage with fencing and get the most out of it is to “really dive into it” — her main bit of advice to aspiring fencers.

“Fencing is one of those sports— what you put into it you’ll get out, so if you put in 110 percent you’ll get 110 percent back, whether that’s in results or changes in your muscles and your body or just happiness,” she said.

“Never be scared to work hard, because the worst that can happen from that … is you not getting the results that you necessarily wanted,” she said. “But just the fact that you worked that hard — man, it’s one of the best feelings in the world, to be able to look back at what you did and say, ‘Whoa.’”

Atop her fencing and schooling, — she attends The Madeira School in McLean — Joyce is also a silver- and bronze-awarded Girl Scout, working on her gold award, having completed a recent project called “Conversation with the Cops,” in which Joyce said she met with local ethnic and racial community leaders and law enforcement officers to “[talk] about what policing in northern Virginia looks like, how it can be improved.”

She loves to spend whatever free time she has reading — her favorite books include “Ender’s Game,” “The Catcher in the Rye” and “A Little Life” — as well as another particularly quirky hobby, the video game, Guitar Hero.

She will also close out the junior women's epee team event on Sunday at 11 a.m., per Lobanenkov.

The individual events of the Junior and Cadet Fencing World Championships are available to live-stream at youtube.com/c/FIEvideo/featured.