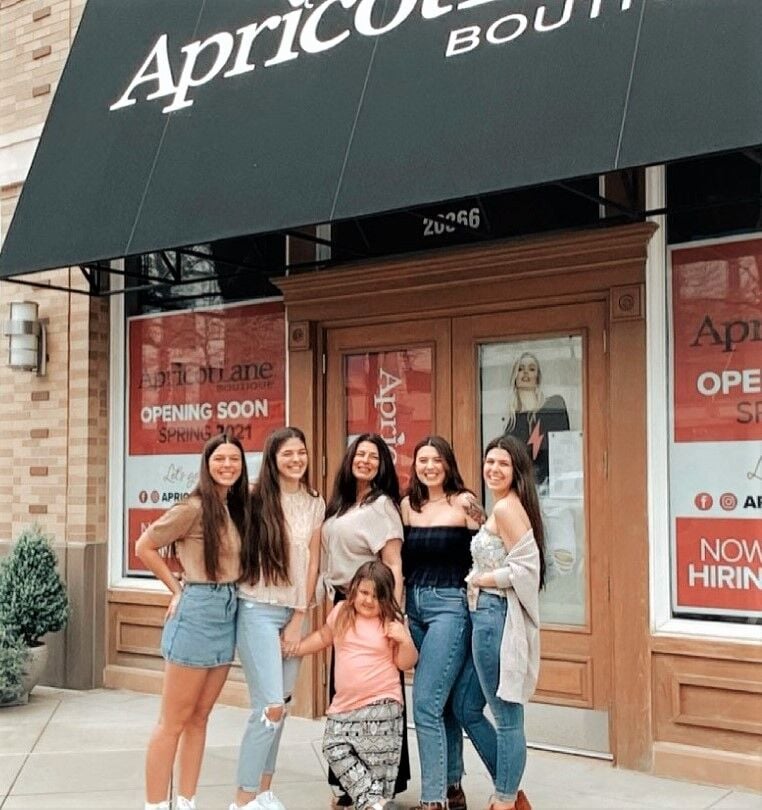 Katherine Wiegel, center, with her four daughters, Shelby, Tara, Jessica and Kelsey and her granddaughter Rae. 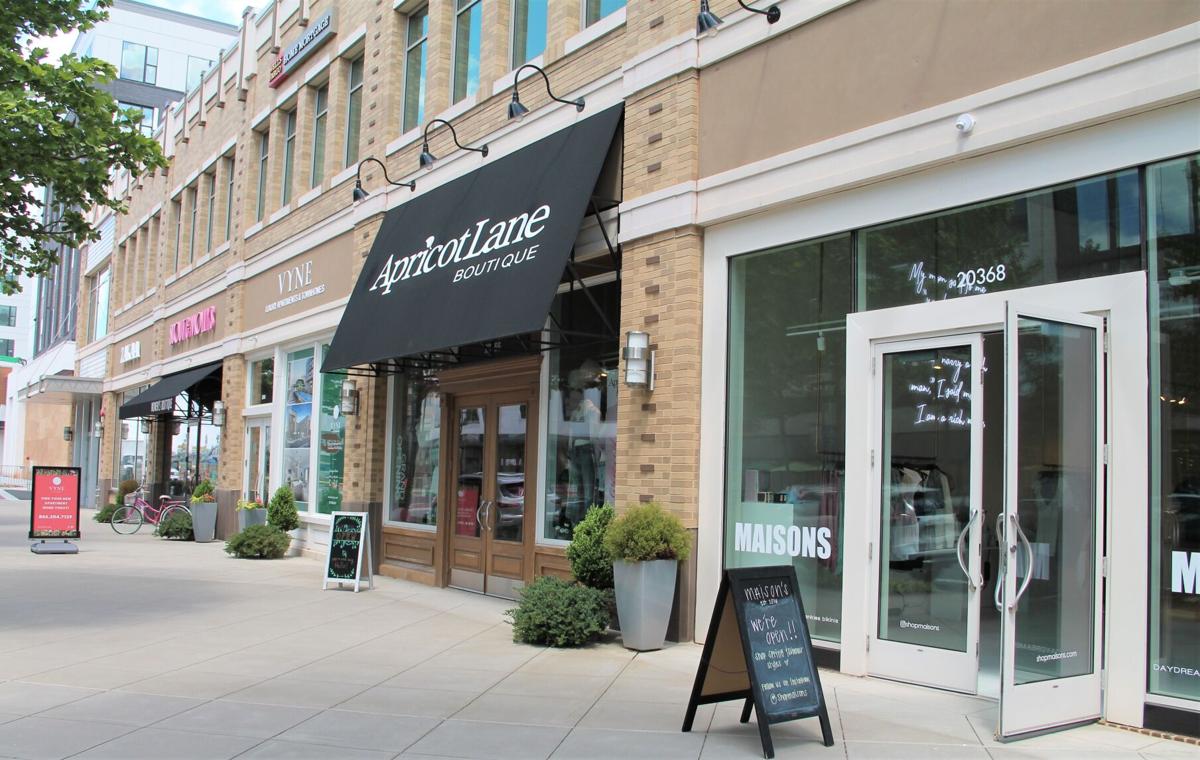 Apricot Lane and Maisons are located on Exchange Street in One Loudoun.

Katherine Wiegel, center, with her four daughters, Shelby, Tara, Jessica and Kelsey and her granddaughter Rae.

Apricot Lane and Maisons are located on Exchange Street in One Loudoun.

Two new women's clothing boutiques — Apricot Lane and Maisons — opened in One Loudoun this month, joining a row of existing businesses on Exchange Street alongside Scout & Molly's and Zakaa Bridal.

Apricot Lane is a franchise owned by Waterford resident Katherine Wiegel and her four daughters. The trendy fashion business is a national chain which launched in 1991 in California and now has 75 locations across the U.S.

About two years ago, Wiegel — a longtime resident of Loudoun County — began to research boutique franchises, wanting to open a shop with her daughters who also have an interest in the fashion industry.

After looking at several options, she found that Apricot Lane's business model and clothing lines were a good fit for the area.

With the help of Apricot Lane's location research assistance, they signed a lease at One Loudoun last December.

“I felt like the energy at One Loudoun was the place to be,” Wiegel said.

The company has provided help with the initial buying and merchandising, she said, however the company then provides the freedom to style each boutique to fit the community.

“We have about 70 vendors to work with — we can decide the sizes and brands we use based on the demographics so we can make it our own, which is what is so special about it,” Wiegel said.

The 1,600 square-foot store is filled with trendy boho-style clothing, jewelry and accessories with new shipments arriving every two weeks.

So far, Wiegel said business has been going well and she is grateful for the support she has received from One Loudoun.

“The support has been tremendous, and the people coming in to see us have been awesome. We are excited to be here,” Wiegel said.

At Maisons, next door, it is also a family affair, as the shop is owned by two sisters, Brianna and Colbi Hoover.

For the past few years, they operated Maisons in Stone Harbor, New Jersey on a seasonal basis.

When they moved back to Virginia, the sisters looked for another permanent location and found One Loudoun to be a good fit for their demographics.

There is a trendy, flirty vibe to the store, Brianna Hoover said, with a focus on jogger sets, bikinis, jewelry and other accessories.

“We are excited to be here,” she said.