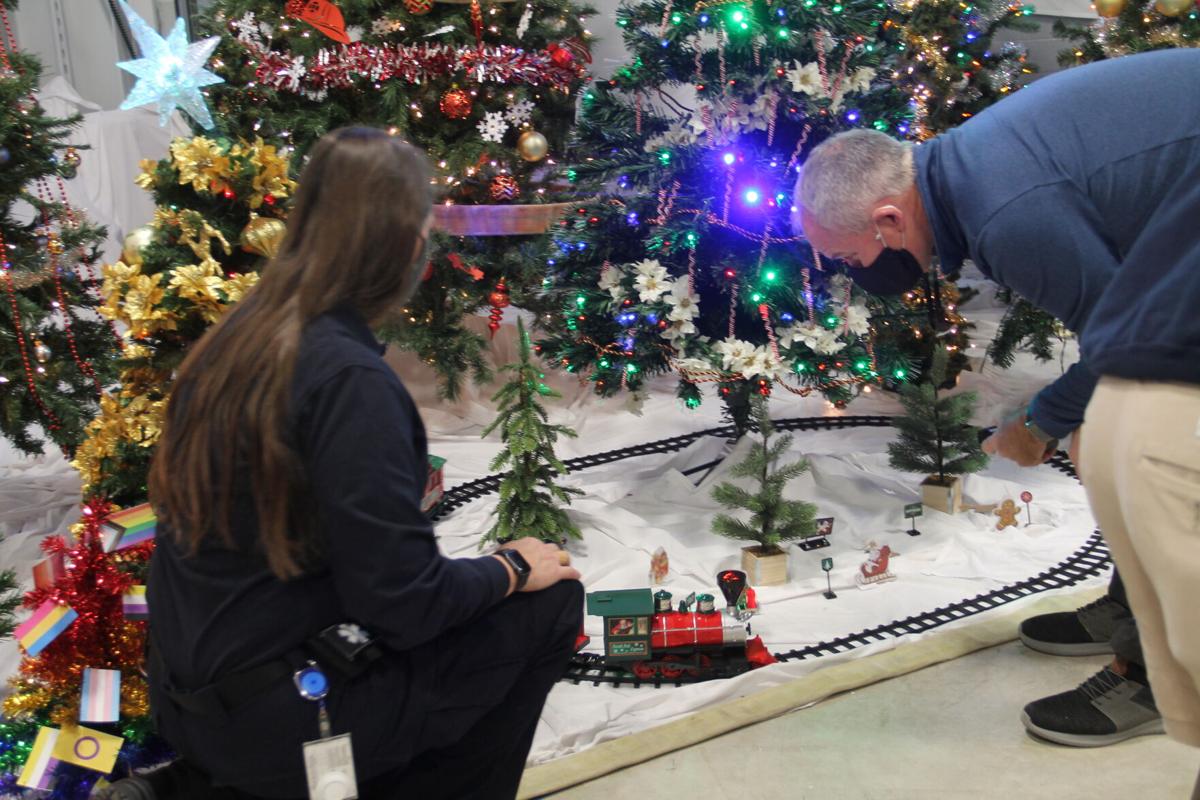 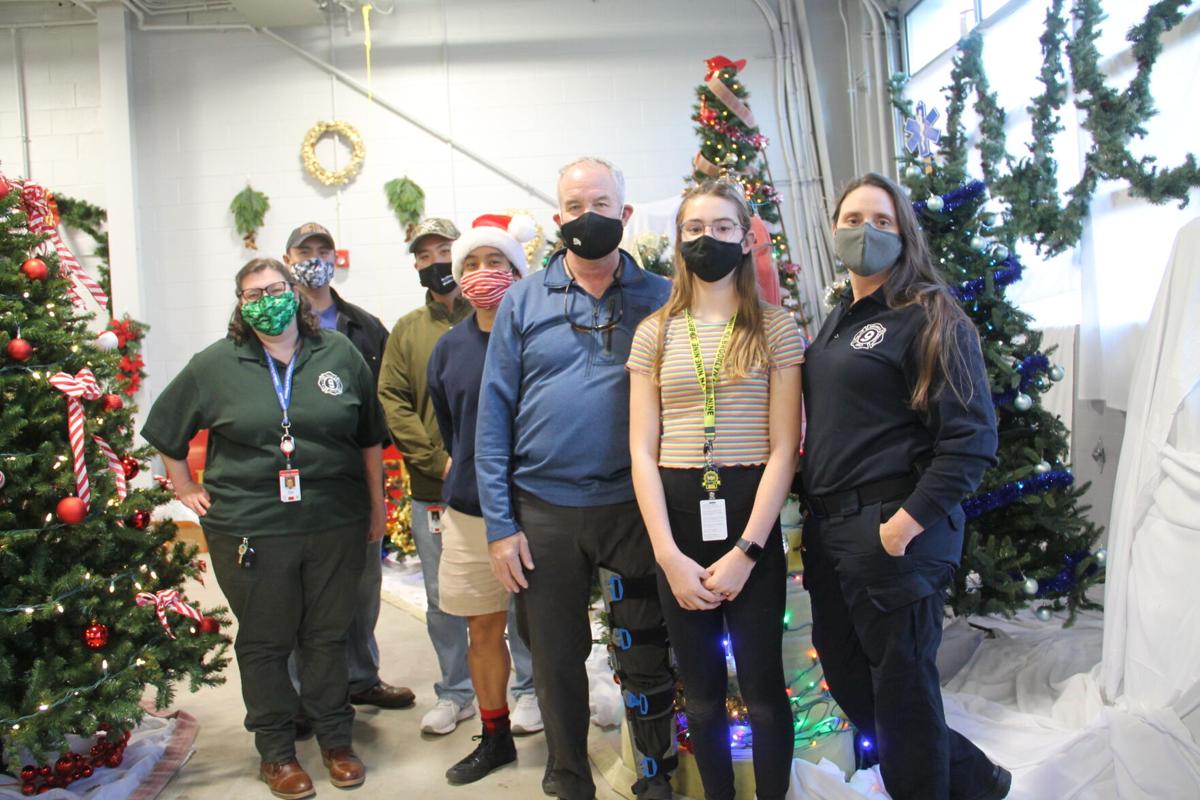 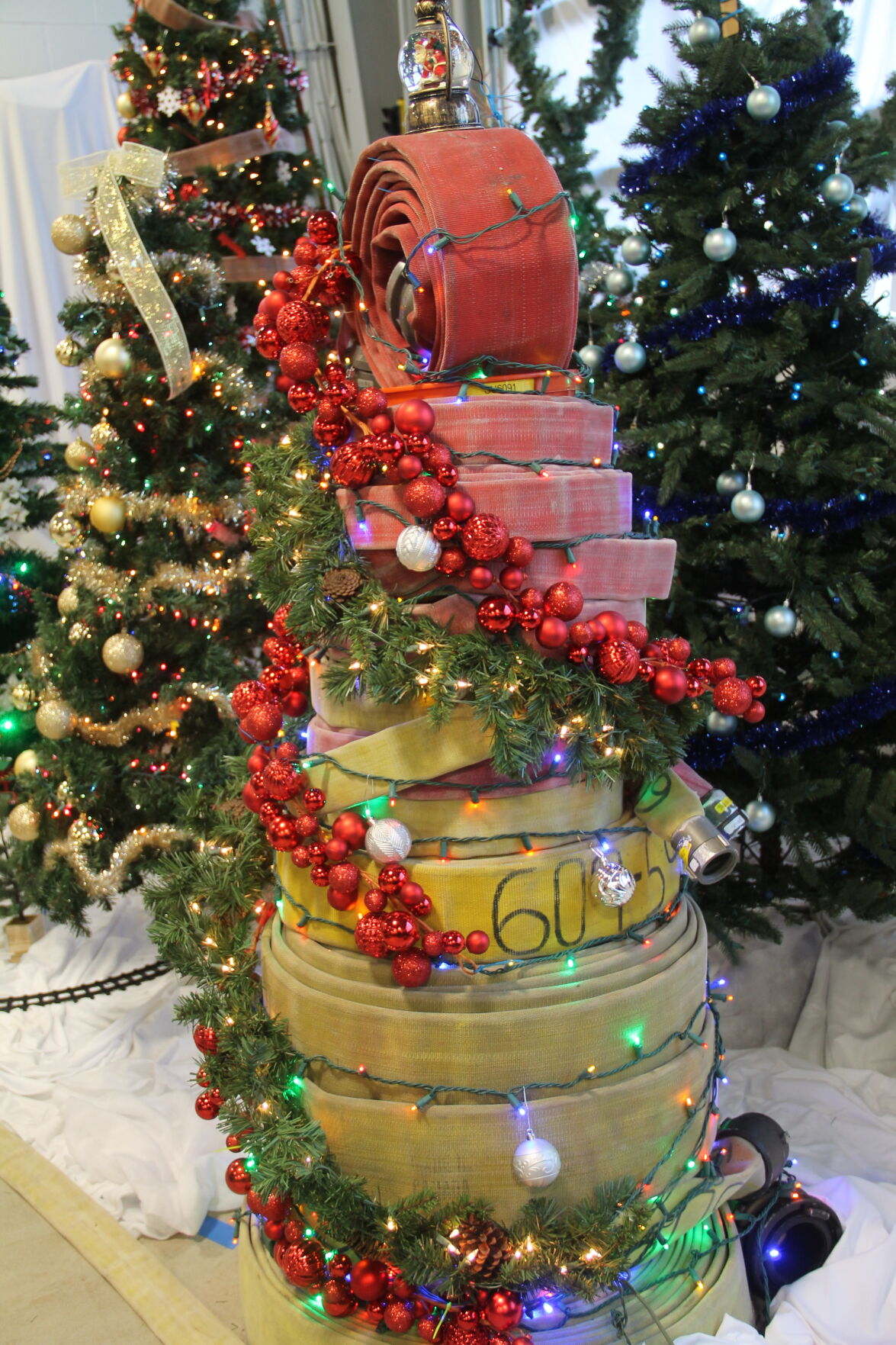 A Christmas tree made out of recycled fire hose. 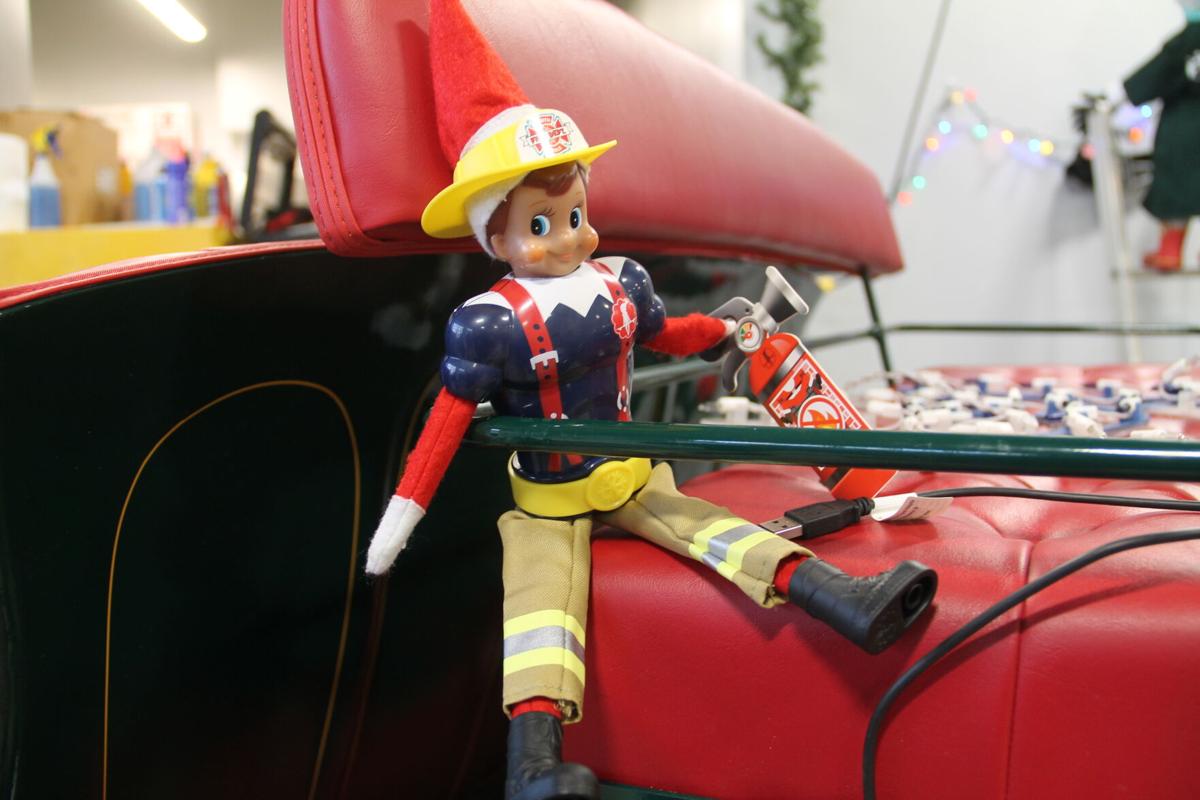 The fire station’s version of the “Elf on the Shelf.” 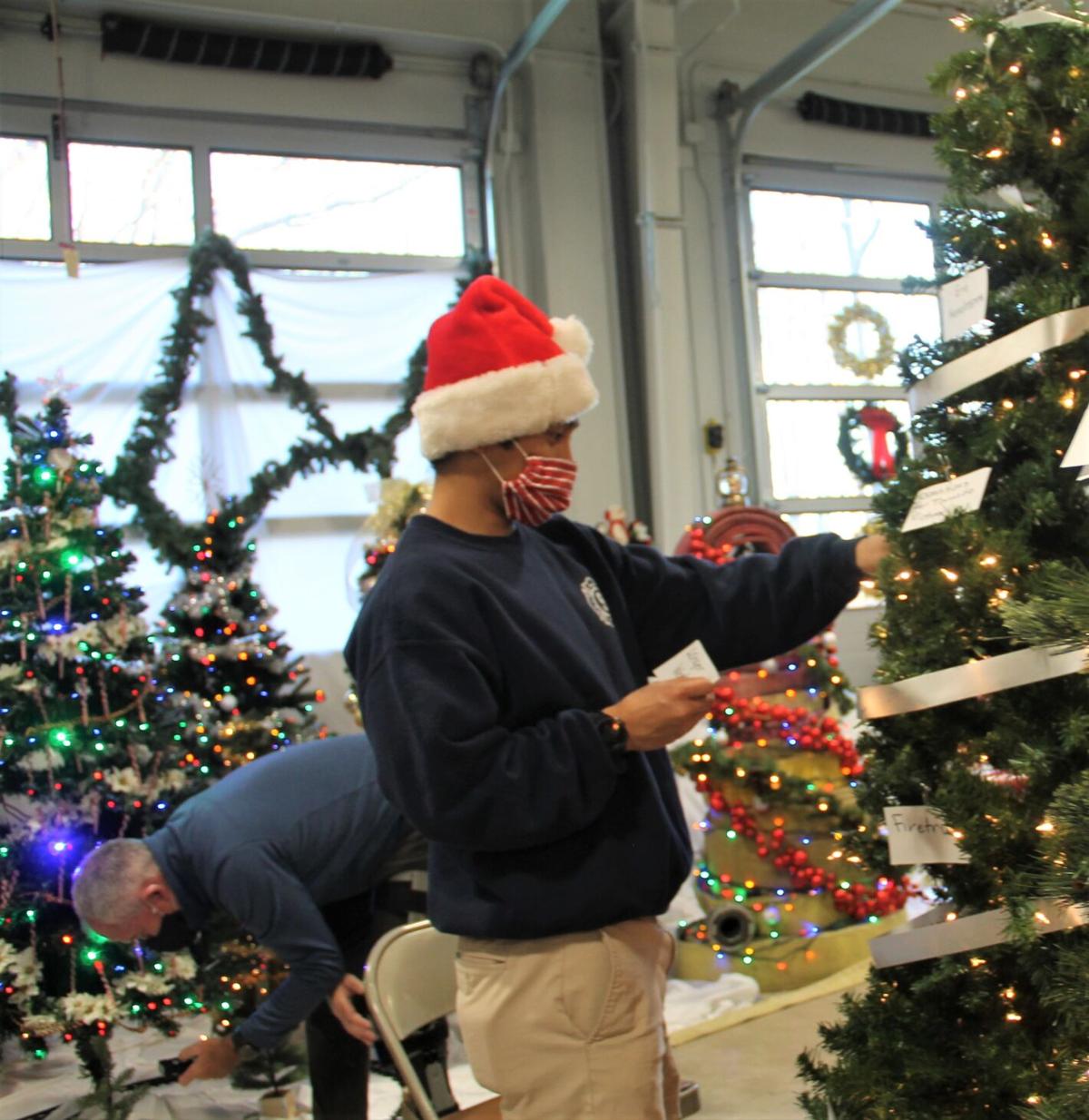 Volunteers helped decorate the Arcola Annex on Tuesday for a new event called “North Pole 9” which will be held on December 18 from 1-5 p.m.

A Christmas tree made out of recycled fire hose.

The fire station’s version of the “Elf on the Shelf.”

Volunteers helped decorate the Arcola Annex on Tuesday for a new event called “North Pole 9” which will be held on December 18 from 1-5 p.m.

Santa’s elves have been busy turning the Arcola Volunteer Fire Department Annex into a festive version of the North Pole this week to create the backdrop for new family event which will be held on December 18 from 1 to 5 p.m.

The idea came about after a decision was made to cancel the annual Santa Pancake Breakfast due to safety concerns during the pandemic. Volunteers, however, wanted to find a way to offer holiday excitement, yet in a safe environment, according to Rescue Chief Kymber Weese.

The volunteer firefighters reached out to the community for donations of decorations and received a tremendous response, Weese said, including at least 20 Christmas trees, lights and ornaments.

On Tuesday, seven volunteers were on hand at the station hanging decorations and preparing for the event.

The station — located on Stone Springs Boulevard — will offer selfie photo areas in a “Christmas Tree Grove” as well as a decorated sleigh and a toy workshop. Santa, who will be in attendance, will be sitting on top of one of the fire engines, Weese said.

“Families will be able to get a photo with Santa on the engine making it possible to say hi and still maintain social distance,” she said.

Another highlight, she said, is an “Elf Cafe” which will be serving cookies and warm to-go beverages.

Attendees can sign up for a specific time to come to the event in order to space out crowds and lines online via the Arcola Volunteer Fire Department Facebook page. The station will also be accepting donations for Mobile Hope and Dulles South Food Pantry.

Weese said the event will also allow the community to see the annex following a $2 million-renovation of the site. Arcola served as an emergency response location until 2014 when operations were moved to the county facility in Brambleton.

However, she says the location is “very much in use today,” with support services operations, training, membership meetings, and a space for community partners. It also plays host to Scout meetings and is home to a monthly blood drive.

Weese said the process has been a nice way to get to know fellow volunteers in a new way, as they show off their decorating abilities and interests outside of work.

“It has been truly magical the past two weeks getting so many donations from the community to make this happen. With a bit of luck, this will be the first of many years that we can host Firehouse Santa at NorthPole 9,” she said.