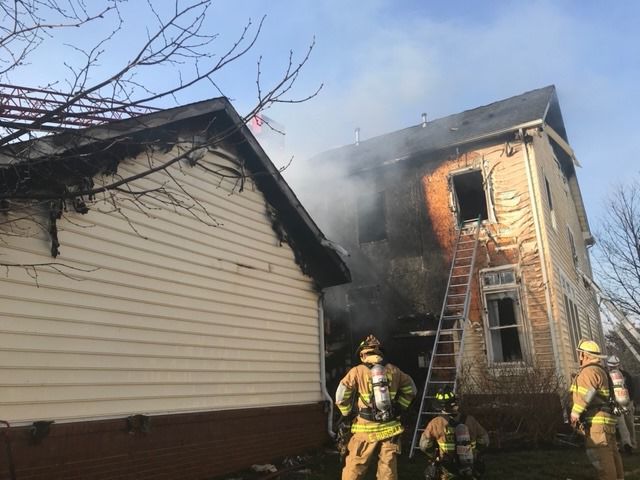 A fire caused major damage to a home in the 42000 block of Ringneck Place in Ashburn on Feb. 9. 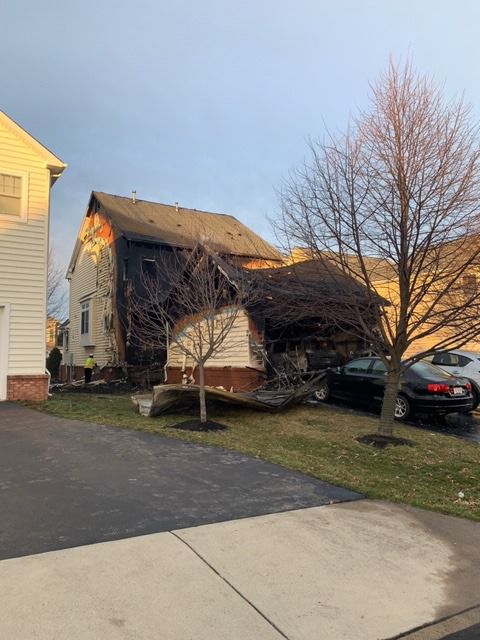 Numerous crews responded to a fire in Ashburn on Feb. 9.

A fire caused major damage to a home in the 42000 block of Ringneck Place in Ashburn on Feb. 9.

Numerous crews responded to a fire in Ashburn on Feb. 9.

A major house fire in Ashburn Sunday was caused by improperly discarded ashes in the garage, according to Loudoun County Fire and Rescue. The ashes were discarded from a cooking smoker.

No one was significantly injured in the blaze in the 42000 block of Ringneck Place, but the fire caused $736,000 in damages to the primary home, authorities said. An additional $50,000 in exterior damages were reported at two neighboring homes.

Several units responded to the two-story Brambleton home around 3:25 p.m. to calm the blaze.

Authorities say four residents were transported to a local hospital with minor injuries. The family has been displaced from their home and is reportedly staying locally with friends.

No first responders were injured during the response.

County officials on Monday offered tips to help avoid fires caused by misplaced ashes. "Residents must use caution when disposing of fireplace ashes or any hot materials in or around your home," they said. "It is critical to soak ashes thoroughly with water, in a metal container with a lid, and allow them to cool for 48 hours. The metal container should be kept outside, a safe distance away from your home or any other structure."

Although unsightly, ashes left in the fireplace cannot do anything other than burn out and be swept away days later. Same can be said for a firepit, just leave the ashes alone.