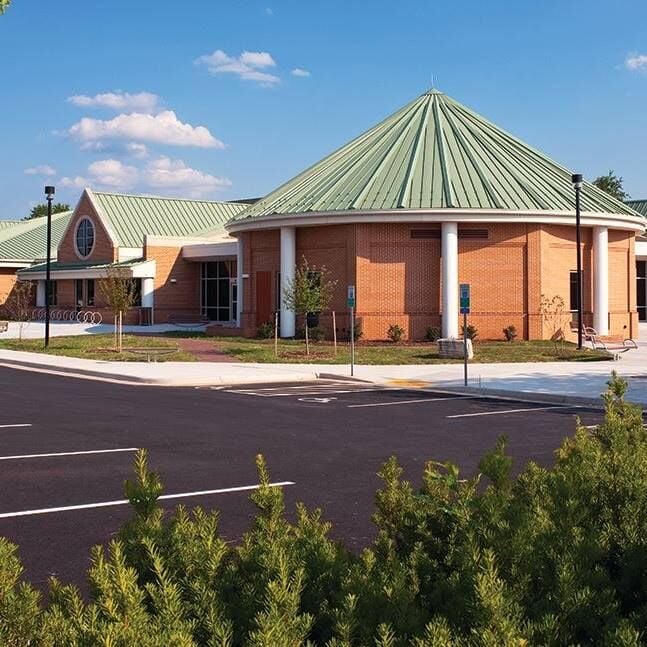 Rust Library is located in Leesburg. 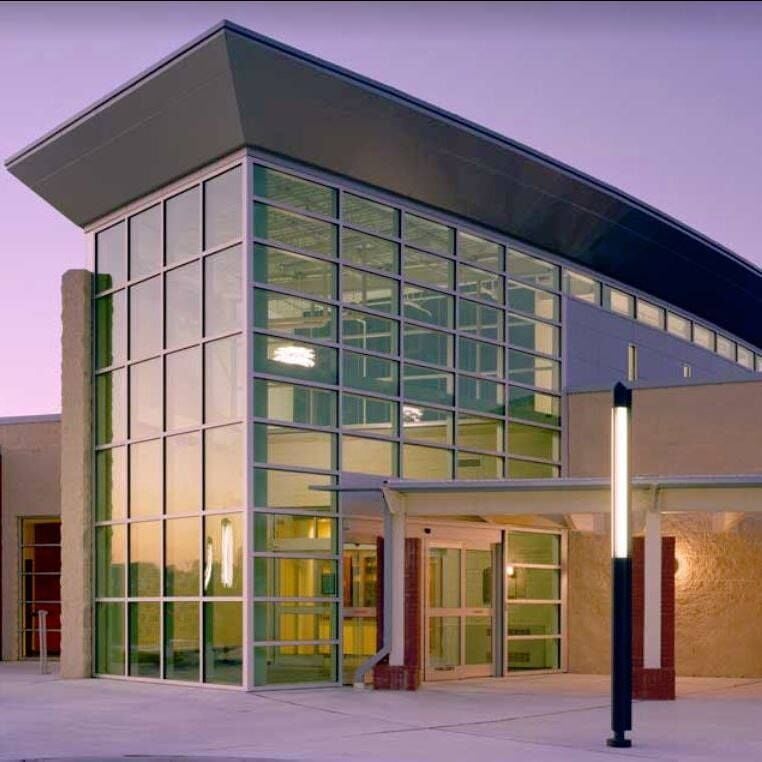 The Ashburn Library opened in 2003. 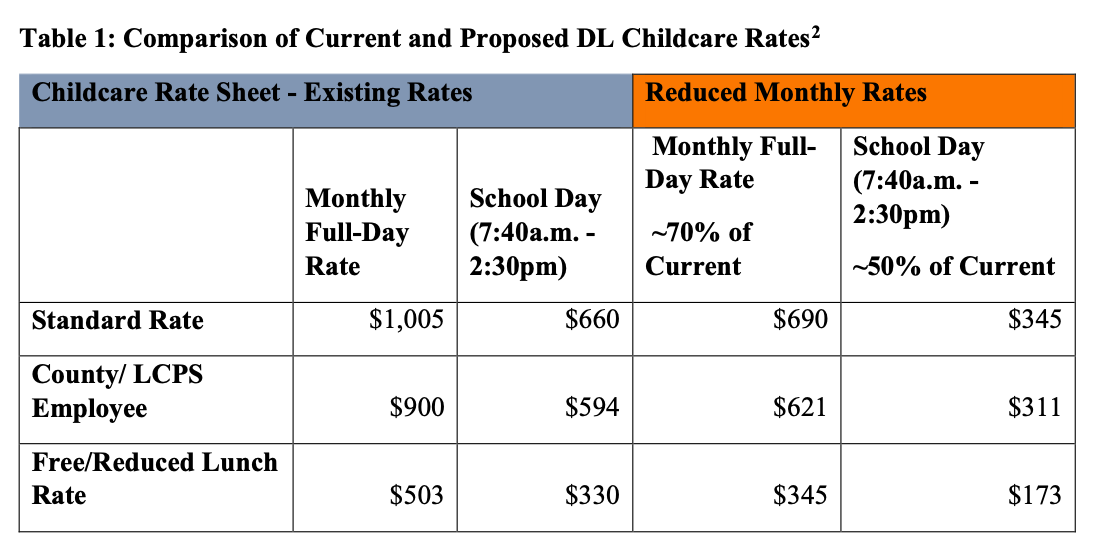 Comparison of current and proposed distance learning child care rates. The Board of Supervisors will consider this change and others at the Sept. 15 business meeting.

Rust Library is located in Leesburg.

The Ashburn Library opened in 2003.

Comparison of current and proposed distance learning child care rates. The Board of Supervisors will consider this change and others at the Sept. 15 business meeting.

The Ashburn and Rust libraries, part of the Loudoun County Public Library system, have reopened after the two branches were targeted to be used for the countywide K-6 Distance Learning Child Care Program.

The decision to reopen came due to several factors, including low enrollment in the program compared to early projections, community opposition and the library administration's ability to operate without interruption of the child care program.

“We are delighted to reopen Ashburn and Rust libraries,” Chang Liu, director for Loudoun County Public Library, said in a prepared statement on Thursday. “Today, staff is finishing work needed to reconfigure the branches so our customers can enjoy the libraries while adhering to social distancing standards.”

Loudoun County's Board of Supervisors move to include the libraries in its unveiling of the child care program followed the school system's decision to operate at 100 percent distance learning to start the 2020-2021 school year.

The board's vote led to an outpouring of opposition and the resignation of Denis Cotter as chairman of the Loudoun County Library Board of Trustees.

“I am not happy with this decision," local resident Courtnay Cozine said on Facebook. "Libraries are not childcare centers. I will be emailing the board.”

The Board of Supervisors will consider revisions to the child care program during its Sept. 15 business meeting.

On Sept. 1, the board approved the program to serve approximately 1,000 to 1,200 children at up to 22 sites throughout the county, including elementary schools, community and recreation centers, the Ashburn and Rust libraries and leased buildings.

The county’s plan was based on surveys of parents in the community who expressed a significant need for the service, according to county staff.

Following two meetings with county staff over the past week, the board is considering several changes due to the low enrollment to start the program:

-Capping the number of children in the program at 600. This would eliminate the need for the use of library and community and recreation center locations. (Because the Ashburn and Rust libraries are not needed for the program now, they are reopening Sept. 11.)

-Increasing the flexibility of the program by offering it for two or three days a week in addition to the current five-day program.

Registration for the child care program is continuing on a rolling basis. Parents who are interested in the service can find program details and a link to register at loudoun.gov/DLchildcare.

Erin McClellan, assistant county administrator, said at Tuesday’s finance committee meeting that a total of 196 students were enrolled at that time in the program.

She said 25 percent of the enrollees were children of county government and school system employees.

McClellan said anecdotally people are finding other alternatives for child care and waiting to see the progress of distance learning at LCPS. She said county staff has been working to connect with low-income communities and share information about the program.

Finance committee members said they would like to see outreach improved.

Randall said one of her concerns with schools being closed for in-person instruction is the lack of attention for abuse and neglect cases toward children.

Multiple supervisors at Tuesday’s and Wednesday’s public meetings encouraged staff to consider opening the libraries on an interim basis.

In response, county staff said the library administration would be able to open the two libraries without interrupting child care services.

“I would love to not use the libraries or the community centers for God’s sake,” Randall said. “I’d actually like to see the kids in school in the hybrid model as soon as possible, but until then what I can’t abide is that there may be kids struggling in many ways including hunger insecurities and others, but we’re not reaching them with the offer.”

McClellan said staff’s priority is to fill space in the schools and leased buildings before opening the two libraries for child care service. Currently, students are at 11 schools and two leased buildings across Loudoun. None are registered at any community and recreation center.

County staff estimated a standard full-day monthly rate is $1,006, and $660 for a school day. Fees are to offset costs, and federal CARES Act funding covers a portion of the program costs for approximately four months.

County staff said the goal of charging fees is to recover costs and ensure the program is affordable and relatively market competitive to not adversely affect the private daycare industry.

For more information on the county's libraries, go to library.loudoun.gov/reopening.

"Randall said one of her concerns with schools being closed for in-person instruction is the lack of attention for abuse and neglect cases toward children." She only showed this concern during the last BOS Meeting, when she learned there was a 50% drop in abuse cases being reported with schools closed. It's pretty much common knowledge that school staff report a large number of abuse cases and this is one of the many reasons several of us have stated that in person learning should have never been delayed. Chair Randall just like Eric Williams were only working to keep schools closed. This is obvious as they have worked together on using schools and libraries for day care. Since Williams was hired, he has pushed for more learning through technology and less student and teacher interaction. This supports his refusal to come up with a plan to open schools.