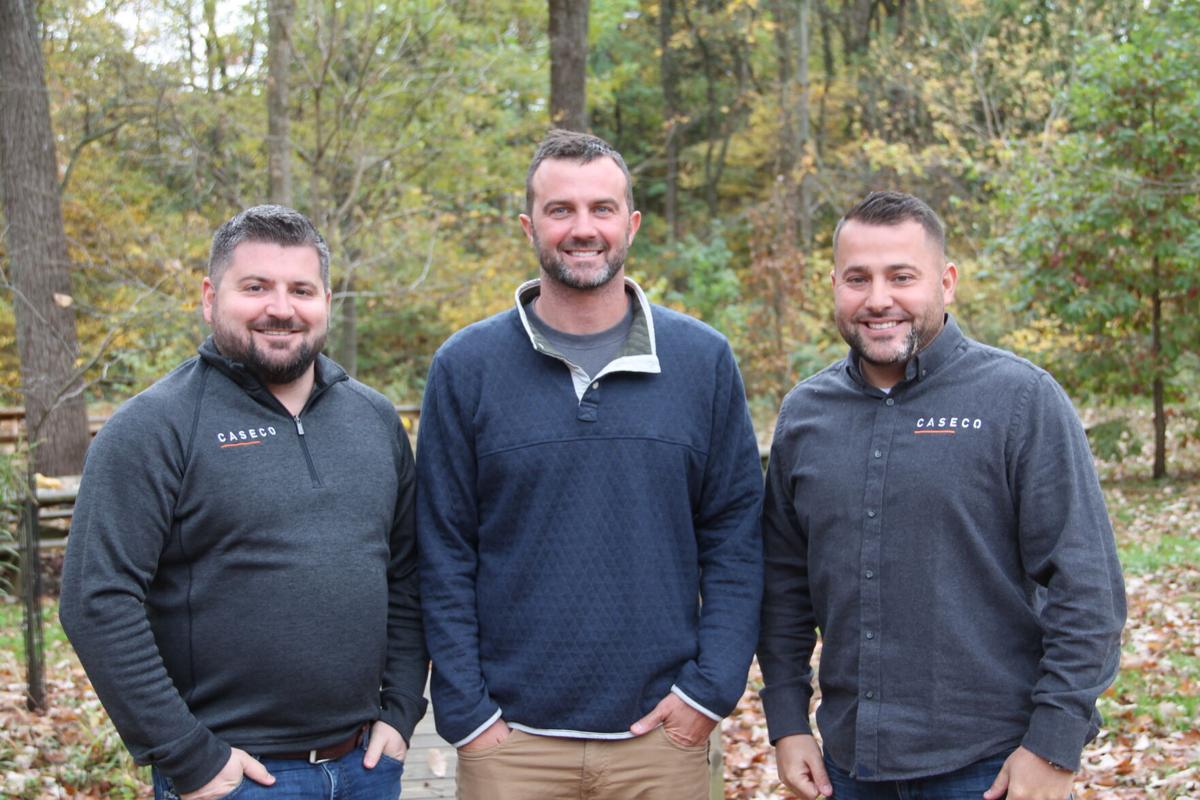 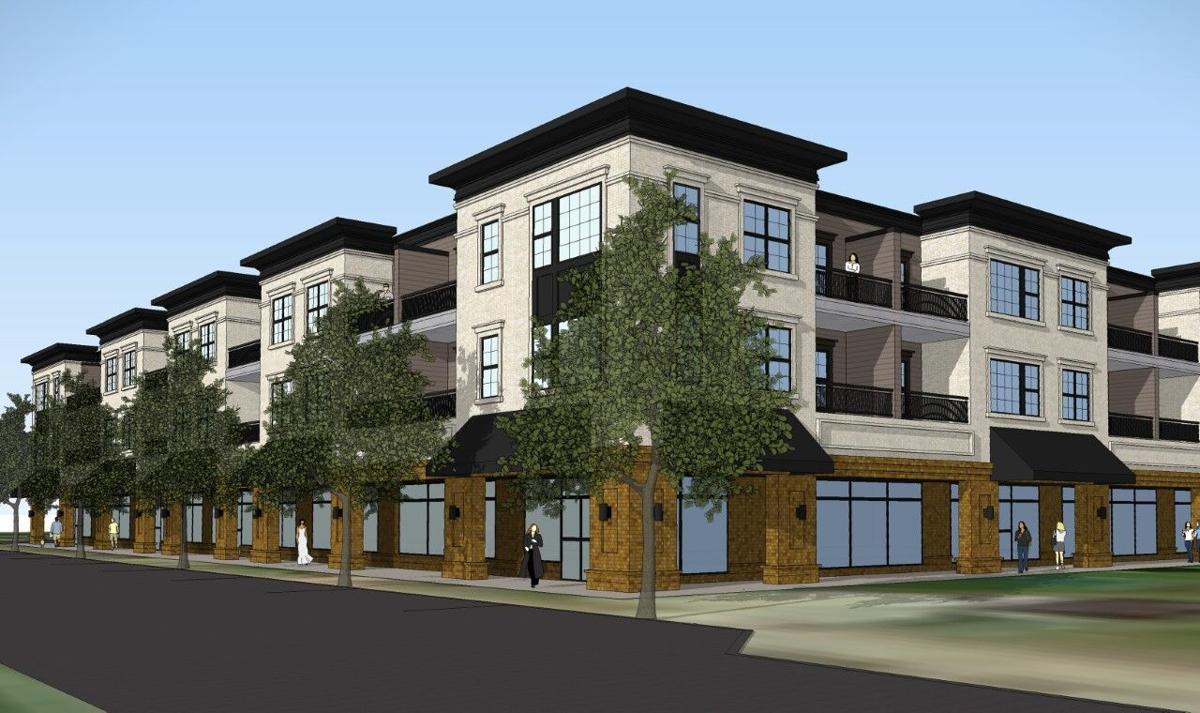 An artist rendering of Trail's End in Purcellville. 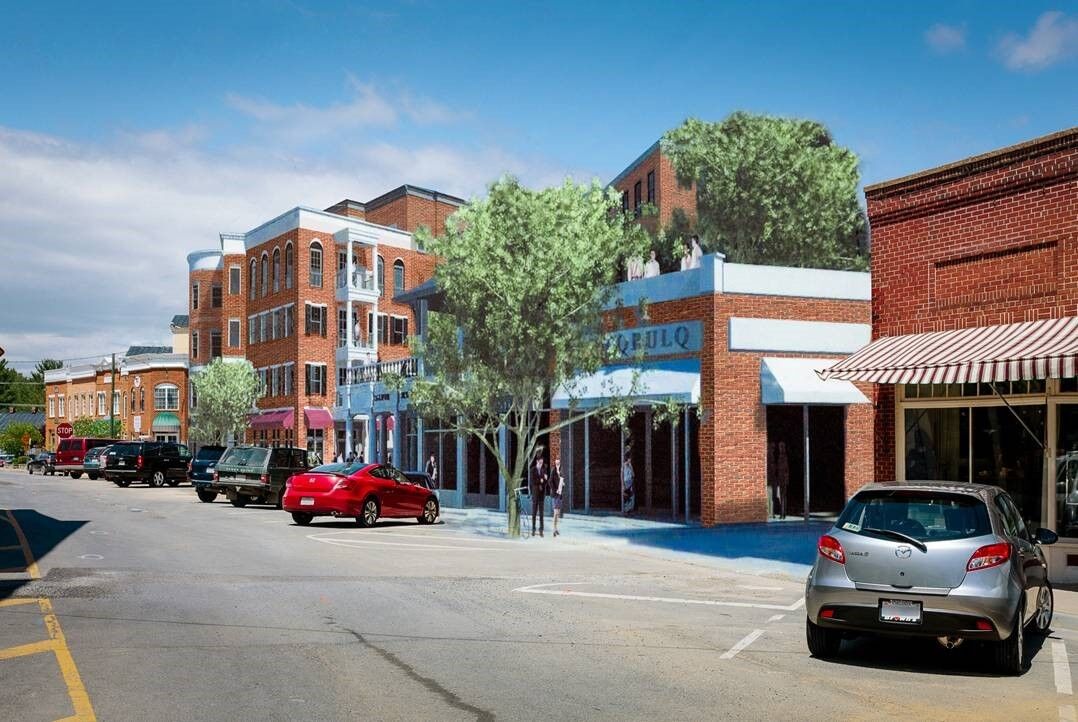 An artist rendering of Vineyard Square in Purcellville.

An artist rendering of Trail's End in Purcellville.

An artist rendering of Vineyard Square in Purcellville.

The Chapman family in Purcellville has long been known for its development projects, including buildings along Hirst Road and land donation for the Chapman DeMary Nature Trail.

Casey Chapman, his brother Sam Chapman and their friend and business partner Aaron McCleary grew up in the town. When they were starting their families, they said it was an easy decision to move back home where they could raise their children and launch a construction and development business, CaseCo, in Purcellville. They are the next generation to work on developments started by their father, John Chapman, and they’re also launching a few projects of their own.

Their latest undertaking, known as Trail’s End, is located on Hatcher Avenue. The town’s Board of Architectural Review recently approved the project’s design, and the next step is approval of a site plan.

The concept includes a multi-use building with 34 apartments and 16,000 square feet of commercial space to be used for offices, retail or restaurants.

Another CaseCo project, Vineyard Square, is located on North 21st Street. The developers are working to secure financing for that undertaking. Plans there call for a 150,000-square-foot mixed-use building for commercial and condominium space.

The brothers and McCleary told the Times-Mirror their focus is on infill development, which is the process of developing vacant or under-used parcels within areas that are already developed.

“We are working in the downtown area because we care about the town. We are not trying to buy land to annex in. It is a wonderful downtown, and it is under-utilized. That is why we are putting energy and focus on how to better utilize our already developed downtown to its full potential,” Sam Chapman said.

The partners said the area where Vineyard Square is planned, behind 21st Street, is in desperate need of a rebirth, with an old lumber yard and buildings that are falling apart currently sitting in the area.

“It is two acres not being utilized for anything right now,” said McCleary.

Vineyard Square is connected to Trail’s End by O Street, which they would like to extend to Hatcher Avenue.

Casey Chapman said they have been looking at opportunities to expand the housing options in town and to reshape the area using the current footprint.

“Both projects will be improving utilities in those areas and will be taking the power lines below ground,” he said.

They anticipate starting construction on Trail’s End in the fall of 2021 and the project taking 20 months to complete. The development will require the demolition of three buildings on Hatcher Avenue. Two are currently occupied by the Chapman brothers and do not have historic value.

The developers are waiting for demolition permits to be signed by town staff.

Sam Chapman said, “The mayor and the county have on record expressed support for more housing options similar to the project we are proposing. We are trying to be part of the solution.”

The developers also see the project as contributing to the agri-tourism industry in western Loudoun.

“We are creating a gathering place. Hopefully by doing these projects it creates a reason to come into downtown Purcellville and spend more time,” said Sam Chapman. “You have two options, you can either annex land into town, which is sprawl, or you can choose infill development. We chose very intentionally not to go out and buy farmland and to focus on infill development.”

While the developers are optimistic Trails End will move forward, Mayor Kwasi Fraser said he doesn’t support the project because it is “inconsistent with the vision of our citizens as presented in our adopted Comprehensive Plan.

“It is out of character with our town’s zoning ... Our attorney has made it clear that our current zoning does not support a use in excess of two apartment units on Hatcher Avenue,” the mayor said. “This proposed development is seeking a 34 unit apartment building. Yes, the county needs affordable housing, however as I stated on record, whatever is built in Purcellville to support such affordable housing needs must not compromise the character and charm of our town or be a burden to our infrastructure. In my view this design for Trails End is better placed in Ashburn to meet the affordable housing needs there.”