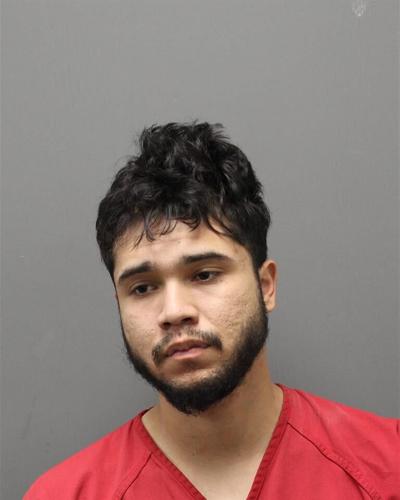 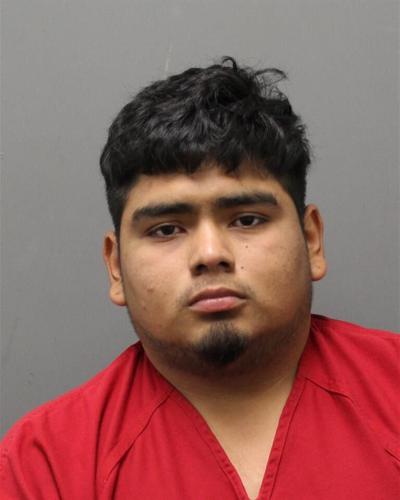 Two drivers have been charged over an alleged rolling gunfight on Nov. 17.

The Loudoun County Sheriff’s Office responded at 10:03 p.m. to the report of gunfire at the intersection of Riverside Parkway and River Creek Parkway, according to Deputy Lauren Nelson’s criminal complaint. She said the incident involved two drivers who initially drove west on Braddock Road from the Fairfax County border to state Route 7 in Leesburg and then to State Route 620.

Nelson said when she arrived at River Creek Parkway, she found an unoccupied disabled vehicle and two vehicles with their hazard lights on. In one of the vehicles, Nelson said she found driver Marlon Herrera Gutierrez who she said had bloodshot eyes, smelled of marijuana and didn’t follow her instructions.

Nelson said a semi-automatic rifle was on the floor of the vehicle by the back seat and she said Herrera Gutierrez admitted to having .22 caliber bullets in his right pocket. He said a driver in a vehicle unknown to him fired five or six bullets at his vehicle at the intersection of River Creek Parkway and Potomac Station Drive.

“Marlon advised he shot seven to eight rounds in the air and used a black in color handgun that was found by his vehicle,” Nelson wrote. “Multiple houses were in the area, putting people in danger from the numerous rounds fired. Marlon advised he was inside his vehicle when he fired his black in color handgun with the intention to create the risk of injury and cause fear to the other [driver].”

Nelson didn’t say in the complaint what the alleged motive was for the shooting. Herrera Gutierrez, 21, of Leesburg, was charged with shooting in a public place, shooting from a vehicle, shooting across a public road, discharging a weapon in the county, reckless handling of a firearm, and being drunk in public.

The second driver arrested was Gustavo Enrique Portillo Aguilar. A criminal complaint detailing the probable cause for his arrest was unavailable in Loudoun General District Court, but an LCSO incident report said he was involved in the shooting. The 21-year-old Leesburg resident was charged with carrying a concealed weapon and being drunk in public.

At a hearing in Loudoun Circuit Court on Monday, Herrera Gutierrez was denied bond over the objections of Ashi Mehrotra, a deputy public defender. He told Judge Matthew Parke Snow that that Herrera Gutierrez isn’t a danger to the community and his criminal record consists of a reckless driving conviction. He said Herrera Gutierrez was willing to have his home searched by police to check for guns and that if his client was shot at, that makes him a crime victim.

Eric S. Hammesfahr, an assistant commonwealth’s attorney, countered that Herrerra Gutierrez admitting to firing a gun in the air in a residential neighborhood was grounds to deny bond. “This was a very dangerous incident that did occur with people in home nearby,” he said.

Snow said he didn’t believe Herrera Gutierrez was a flight risk, but is a potential danger to the community.

“While the court may wish the criminal complaint had greater clarity that it does, the court has what it has and can only weigh what it states,” Snow said. “There is probable cause to believe his release would prove dangerous to himself or others.”

Herrera Gutierrez is due back in court for a preliminary hearing at 1 p.m. on Dec. 21. Information on Portillo Aguilar’s next court date was unavailable on Monday.