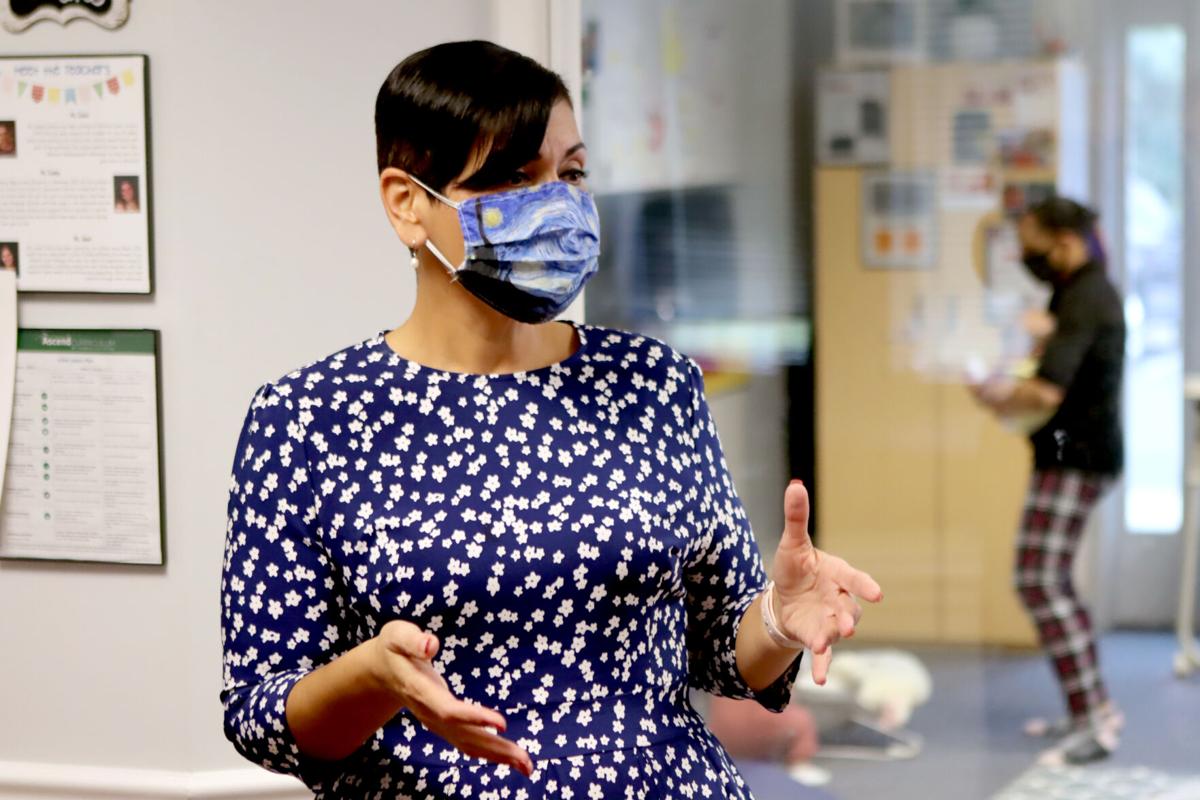 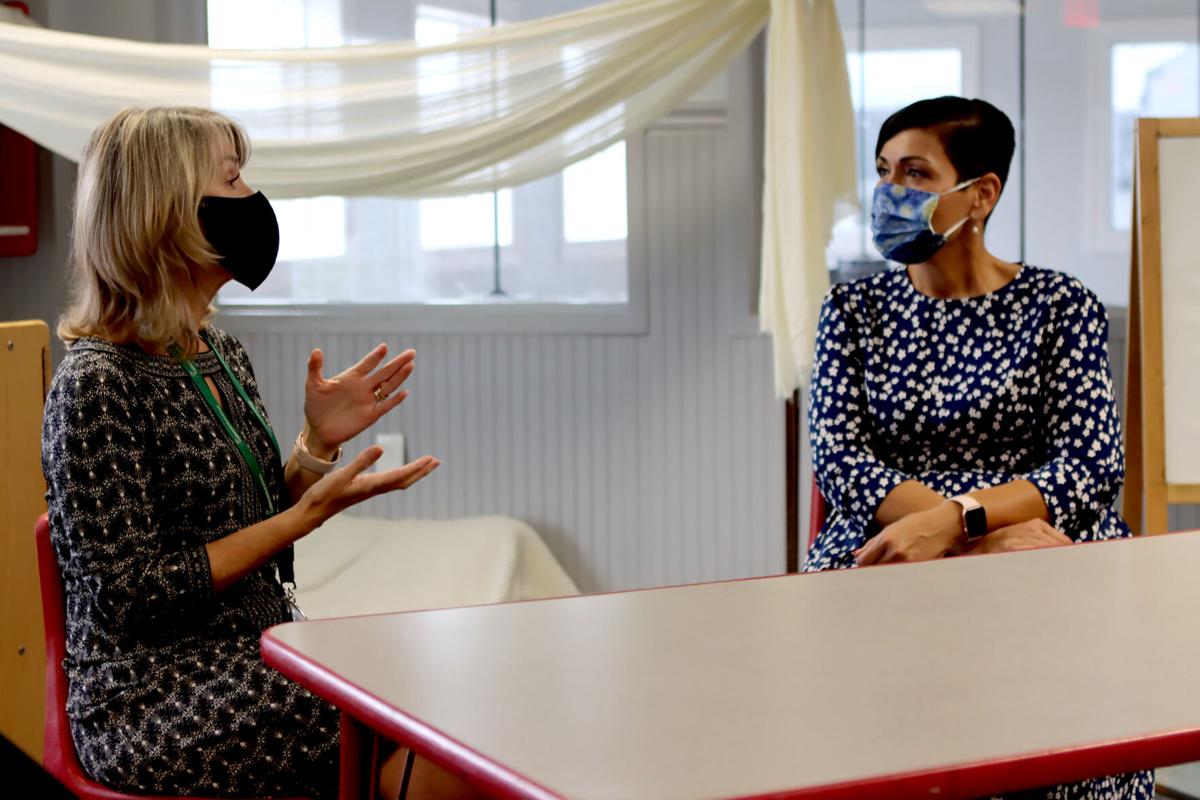 Pictured from left, Colleen Willson, regional director of Cadence Education, and Del. Hala Ayala, Democratic nominee for lieutenant governor, speaking with each other at the Winwood Children’s Center in Leesburg on Oct. 12.

Pictured from left, Colleen Willson, regional director of Cadence Education, and Del. Hala Ayala, Democratic nominee for lieutenant governor, speaking with each other at the Winwood Children’s Center in Leesburg on Oct. 12.

After listening to staff, Ayala said it’s been a rough time for America, but also for Virginia when it comes to the availability of childcare.

“It just resonated with me because we know the work and heart and soul that they pour into our children,” Ayala said during the stop at one of the seven Winwood Children’s Centers in Loudoun County.

Colleen Willson, regional director of Cadence Education which oversees Winwood Children’s Centers, said one purpose for the center is to be an extension of home and a bridge to public schools. She said 13 locations are in operation across the coun try, from to Washington and down to Florida.

Since its opening in 2008, Willson said the Leesburg location operated around 100% with a waiting list, but due to the staff shortage, the center is operating at 60%.

Staff said fatigue is a concern looking ahead to the future for caregivers. Willson added that it’s a challenge to pinpoint the reason for the applicant shortage.

“Ultimately, our goal is to set the children up for success,” Willson said.

“In order to do that, we have to set our teachers up for success, our managers up for success — so that is something that we’re always looking at, and we’re struggling to find the root cause outside of COVID,” she said.

“There’s other industries that are suffering, but when you’re talking about raising a child and caring for a child — the citizen that is going to be one day within the community and we have a power to impact their life and raise them in the most healthy way — I see so much unhealthy relationships in other centers because the caregivers just either aren’t there, or the ones that are there are exhausted,” McNaughton said.

Ayala said she believes putting women in positions of leadership will help contribute to the relief and help lead to caregivers and lawmakers collaborating to create solutions.

Ayala’s platform on education includes focusing on the commonwealth’s education system to expand pre-kindergarten, reduce overcrowding in classrooms, and invest in school infrastructure, according to her campaign officials.

She is running against former state Del. Winsome E. Sears, the Republican nominee for lieutenant governor.

As of Tuesday evening 7.69 %, of registered voters have already cast their ballots in Loudoun County for the 2021 General Election, according to Loudoun’s elections data dashboard. Most voters are mailing in ballots.Richard Keech, deputy director for the Loudoun County Office of Elections and Voter Registration, told the Times-Mirror that one of the reasons for the increase is recent changes in voting laws. He said voters could only vote early or by mail with an acceptable reason in 2017; now anyone who chooses to can vote early or by mail.

Loudoun has gained 378 more voters in the past 25 days, bringing the total of registered voters to 282,021, according to the dashboard.

Offices on the ballot for the November 2 general election in Loudoun County include governor, lieutenant governor, attorney general and seats in the Virginia House of Delegates.

Additionally, offices on the ballot will include mayor and town council in Middleburg and Round Hill, and a single town council seat in Purcellville.

Three county government bond questions will also be on the ballot.

More information about the November 2, 2021, general election, including links to sample ballots, is online at loudoun.gov/novemberelection.