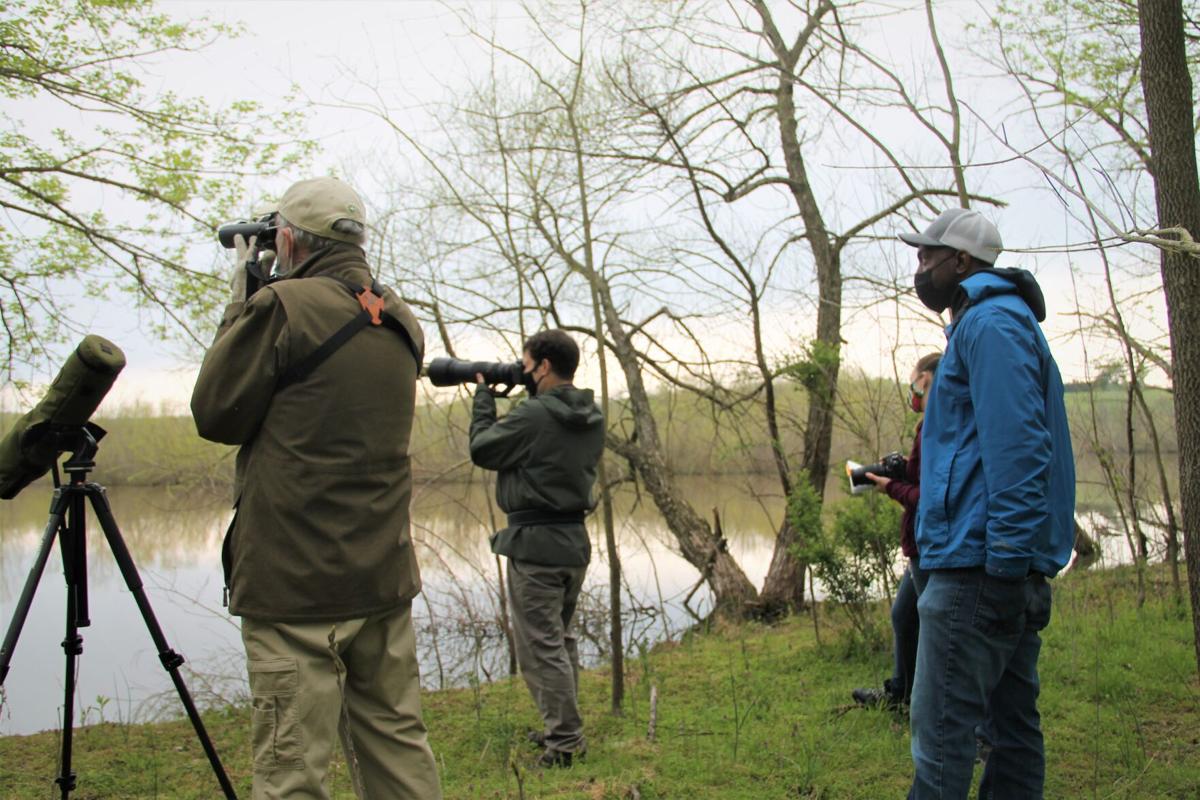 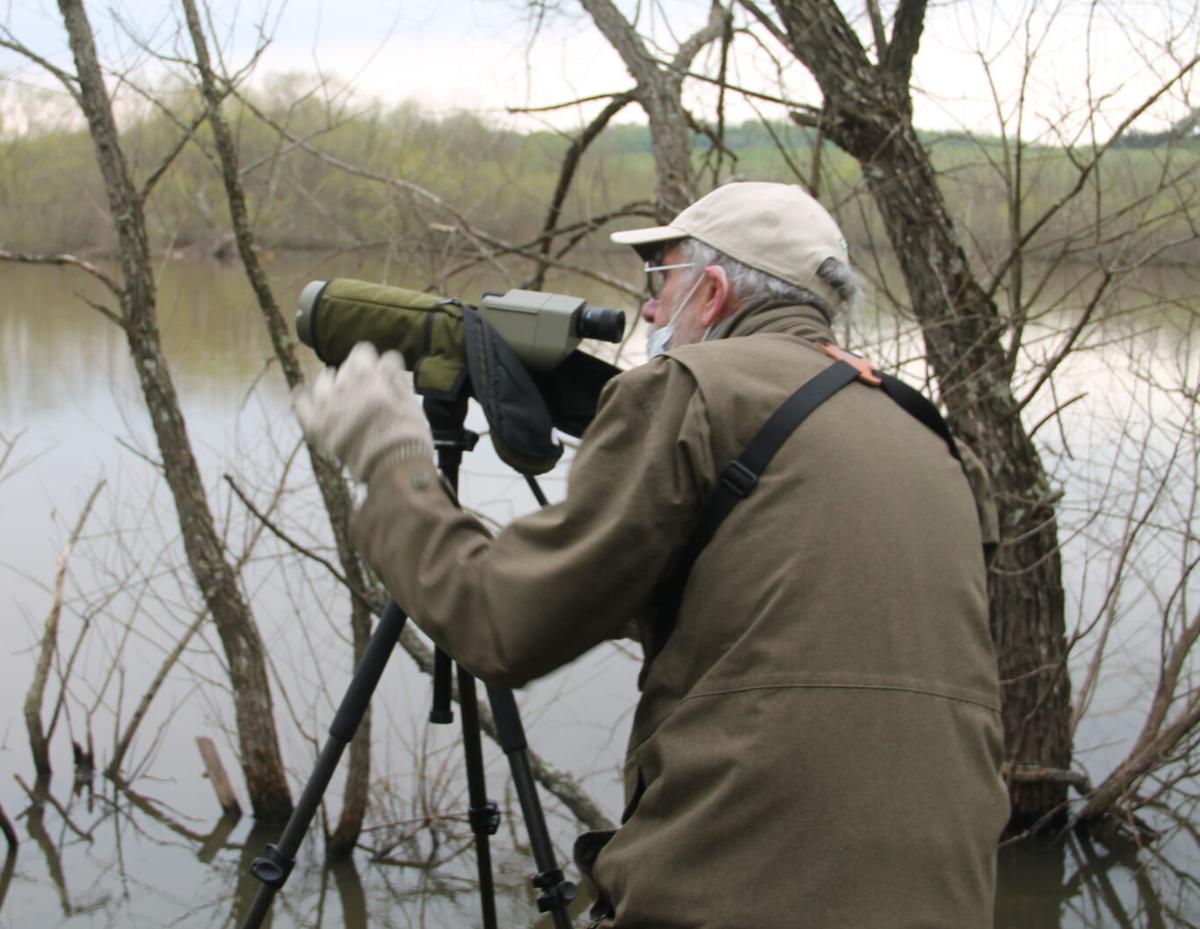 Joe Coleman of Loudoun Wildlife Conservancy at the Dulles Greenway Wetlands in Leesburg. 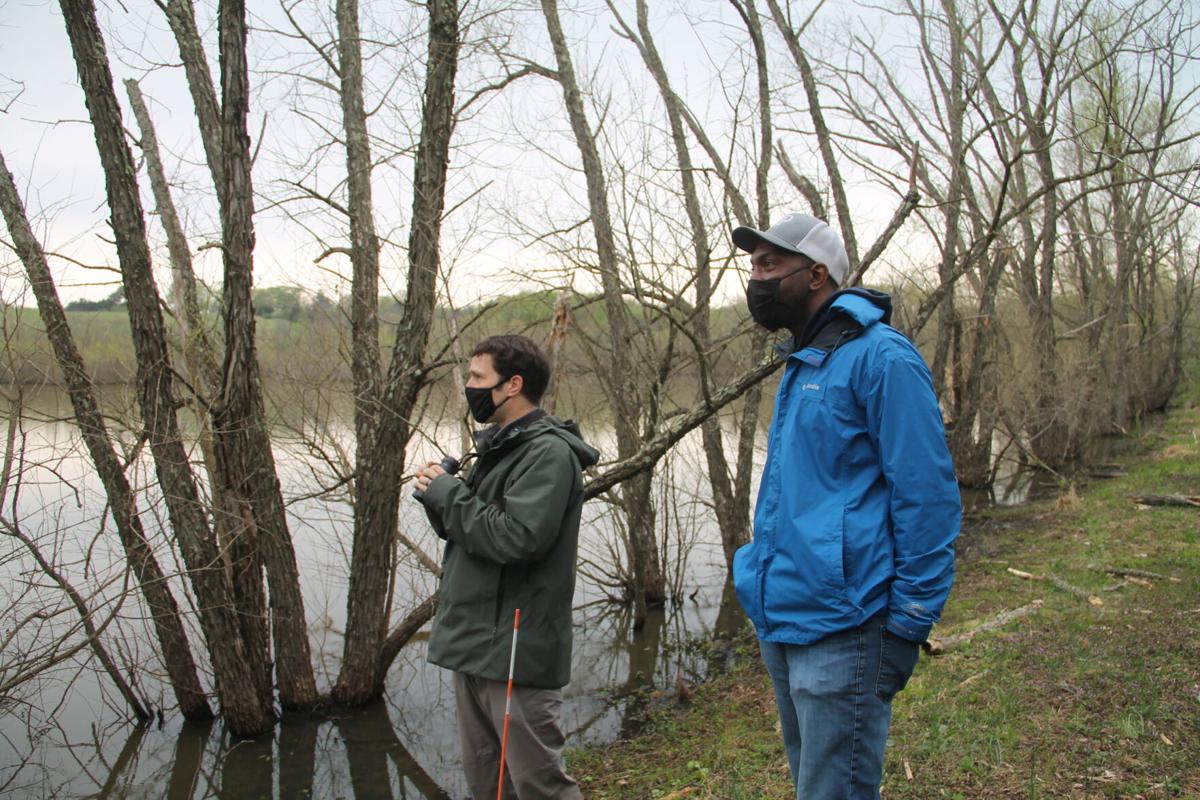 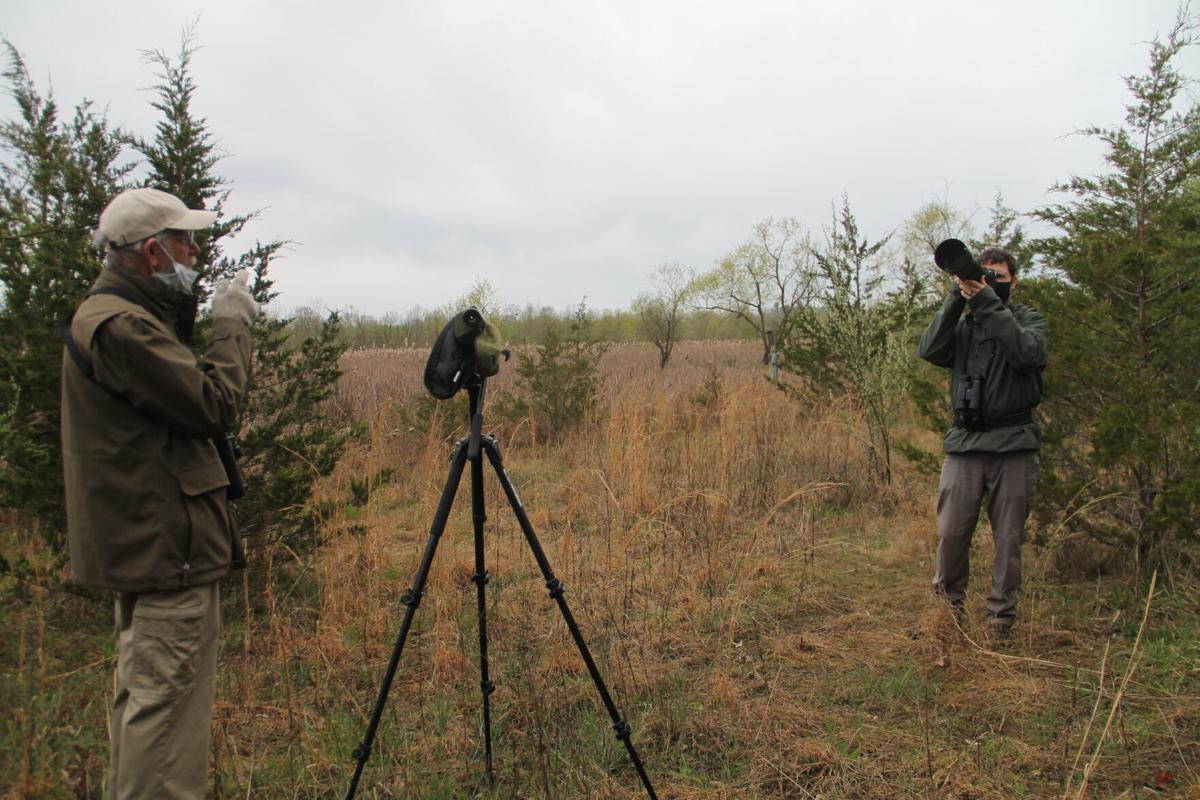 Joe Coleman, left, and Michael Myers of the Loudoun Wildlife Conservancy on a recent visit to the Dulles Greenway Wetlands in Leesburg.

Joe Coleman of Loudoun Wildlife Conservancy at the Dulles Greenway Wetlands in Leesburg.

Joe Coleman, left, and Michael Myers of the Loudoun Wildlife Conservancy on a recent visit to the Dulles Greenway Wetlands in Leesburg.

“What are you hearing, Joe?” he asked.

The two produce their binoculars and confirm the bird’s species — a process that happens frequently throughout the two-hour outing.

The walk through the wetlands continues to an area where there is an enormous bald eagle’s nest in the distance — an eagle sitting on a nearby tree.

Coleman explains that the nest weighs over a ton and has been there since around 2005. He said eagles begin working on the nest in December and then lay their eggs in February and March, with a 28-day gestation period.

Terry Hoffman, public relations manager for the Dulles Greenway, said the organization has been working with the American Eagle Foundation to install an eagle cam in a tree near the eagles’ nest later this year. The birds would then be able to be seen on Loudoun Wildlife’s and Greenway’s respective websites.

“We are working to gain an internet signal to the Wetlands, with the hopes of moving forward with installation this fall when the eagles are out of their nest,” Hoffman said.

“We are excited about the prospect of sharing the beauty of our resident bald eagles with our community.”

“This is an exciting remote learning opportunity,” Myers said. “There are so many things we can do with this, including a naming contest for the birds.”

The wetlands were established in 1996 during the construction of the Greenway as a way to mitigate the loss of roughly 64 acres of federally protected wetlands, according to Greenway officials.

Since 1996, the LWC has provided stewardship of the private 149-acre wetlands.

LWC monitors the wetlands to help protect its natural resources and also provides local wildlife education tours as well as studies the plant and wildlife that reside there.

Coleman said the area used to be an open meadow; however, it has been converted to a wooded wetlands.

“This is what the wetlands engineers were hoping would happen,” Coleman said.

“Our goal is to show people how cool it is — the diversity of the wildlife out here,” Myers said. “We have citizen scientists who regularly monitor the area and our bluebird nesting boxes.”

One of the last sights along the way before the group turned back was Goose Creek, where Virginia bluebells can be seen on the far bank of the creek. From the trail, Coleman points out the handiwork of some active beavers.

Renee Hamilton, Trip II CEO, said she is grateful for the partnership with LWC and the opportunity it provides to learn more about local wildlife and habitats.

“This is a hidden gem that most people don’t realize is here,” she said.

Nice story. How do I get here?