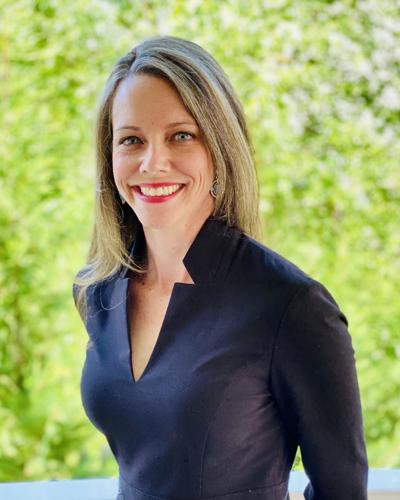 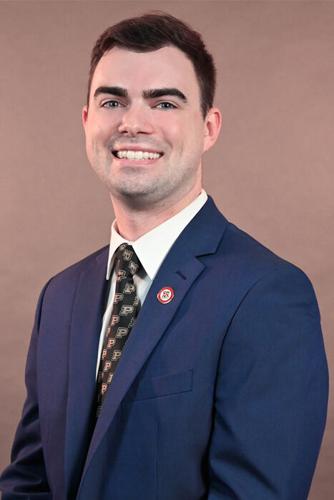 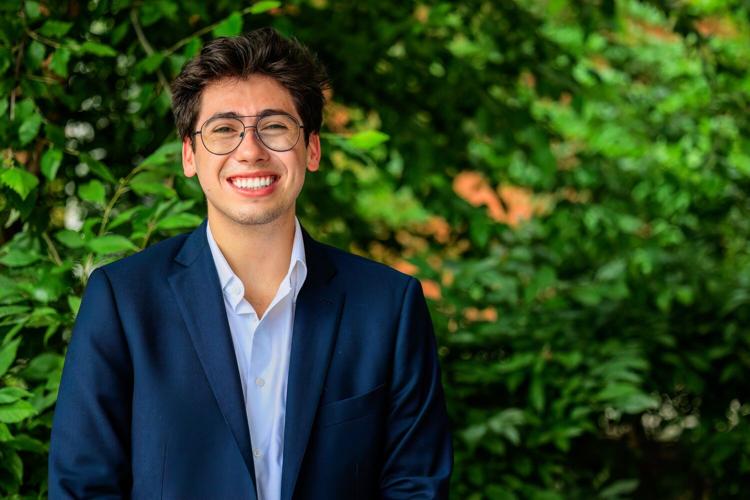 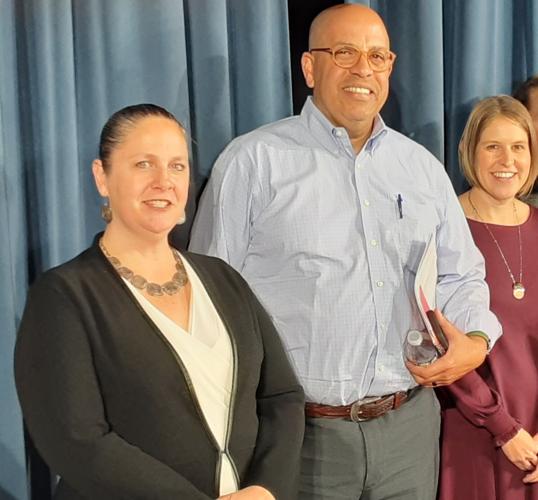 On Wednesday afternoon, Ogedegbe had received approximately 38% of the vote (6,185 votes) compared to 30% for Michael Anthony Rivera (4,819 votes) and 26% for Lauren Elizabeth Shernoff’s (4,286), according to the Loudoun County Board of Elections.

Ogedegbe, who takes office next week, didn’t return calls on Wednesday afternoon, but thanked supporters in a Facebook post.

“I look forward to working with all of you in the year ahead,” she said. “I will be a positive voice for all of our children! Next week I get to work!”

Polifko said through a spokeswoman on Wednesday that she wouldn’t comment until the race is settled. Gothard said he still has a chance to win. He said there are about 800 unreturned absentee ballots and 2,000 unreturned provisional ballots. He said all ballots are expected to be counted by Monday or Tuesday.

Polifko is a 40-year-old behavioral analyst for a company that works with autistic children. She promised in her campaign to be an advocate for the rights of parents and special education students.

Polifko is also vice president of the Parents Against Critical Theory group and a regular podcast guest of Steven K. Bannon, former chief strategist to ex-President Donald J. Trump. Polifko is critical of LCPS’ liberal policies on race and sex.

Polifko has called for the firing of Superintendent Scott A. Ziegler over his handling of a pair of sexual assaults of two LCPS students by a fellow student and she’s accused LCPS of pushing ”racially-biased and sexualized politics.” She supports removing books on race and sex that she believes are inappropriate for students.

Polifko supports the Virginia Department of Education’s restrictive transgender student “model policy” which would require schools to report to parents if their children seek counseling regarding their gender and require trans students to use the bathroom of the sex they were assigned at birth.The policy would also not require staff to use the students preferred pronouns even if parents give written consent.

“To cut a parent out of that equation is going to perpetuate a fractured relationship between parents and staff,” she previously said. “I do not support keeping parents in the dark.”

Gothard, a 22-year-old program manager for a nonprofit civic engagement group, is the first openly gay man to run for school board. He opposes banning books and sensitive curriculum materials and supports the current LCPS transgender policy which allows students to use their preferred pronouns and the bathroom of their chose and doesn’t require staff to inform parents if their child is gender non-conforming.

While Gothard said Polifko used his sexuality against him, an accusation she denied, he said he’s proud of running and humbled by the support he’s received. He said his run inspired many young people to vote for school board for the first time.

“By any standard of political reasoning, we should not have gotten this close,” said Gothard, adding that he believes he would’ve received more votes in a two-way race against Polifko. “We have made remarkable progress for LGBTQ individuals in this county.”

Hoyler was appointed to the board in October of last year to replace Leslee King, who died two months earlier. Hoyler, a 26-year-old commercial airline pilot, ran a centrist campaign. He didn’t return calls on Wednesday afternoon, but in a previous interview wouldn’t say if LCPS should comply or challenge the transgender policy saying only that they should comply with the law. He said he is anti-censorship, but voted to ban “Gender Queer,” a graphic novel that Hoyler said was too sexually explicit.

Ogdegbe is a 52-year-old chief data architect at American University. She has one child at LCPS and two who have graduated. Part of her campaign platform was improving communication with parents and in the Facebook post she said she is working on scheduling a community forum.

Ogedegbe ran on an anti-censorship platform and supports the current system in which parents who object to books or other materials in the curriculum are given substitutes for their children. She opposes efforts by conservative parents to ban books and censor discussions of controversial historical topics. “Discouraging freedom of thought undermines students’ ability to think for themselves,” she previously said.

Ogedegbe opposes the VDOE trans policy. She supports collective bargaining through the LEA which endorsed her.

Rivera said the current transgender student policy passed last year “completely disregarded parents’ rights” and he supports the VDOE model policy, which he said restores their rights. He noted non-binary or trans students comprise less than 1% of the roughly 82,000 LCPS students. Rivera also opposed collective bargaining through the LEA, but said he wasn’t opposed to the concept of collective bargaining.

Shernoff, a 38-year-old, part-time LCPS English literacy coach, said on Wednesday that she’ll continue to advocate for parents and students through her job.

Shernoff, who has two children at LCPS, favored the current opt-out system for parents who find materials objectionable for their children. She said said transgender students must be protected, but LCPS much comply with the model policy when it take effect and that parents have a right to be informed by staff about their child’s gender. She opposed collective bargaining through the LEA.

Shernoff raised nearly $54,000, compared to about $13,000 for Ogedegbe and nearly $10,000 for Rivera, according to the Virginia Public Access Project. Shernoff said she raised the money so she wouldn’t be beholden to either Democrats or Republicans. She said party politics and sample ballots have no place in school board elections.

“I’m very proud of how many people did vote for us and we did make good inroads as an independent,” she said. “But at the end of the day, politics prevailed.”

For the LCDC to endorse a candidate as completely unqualified for the school board as 22 year old, minimally employed, Nicolas Gothard is, and for him to receive the percentage of votes that he did, establishes beyond doubt that it’s no longer “about the children”. It’s about the agenda.