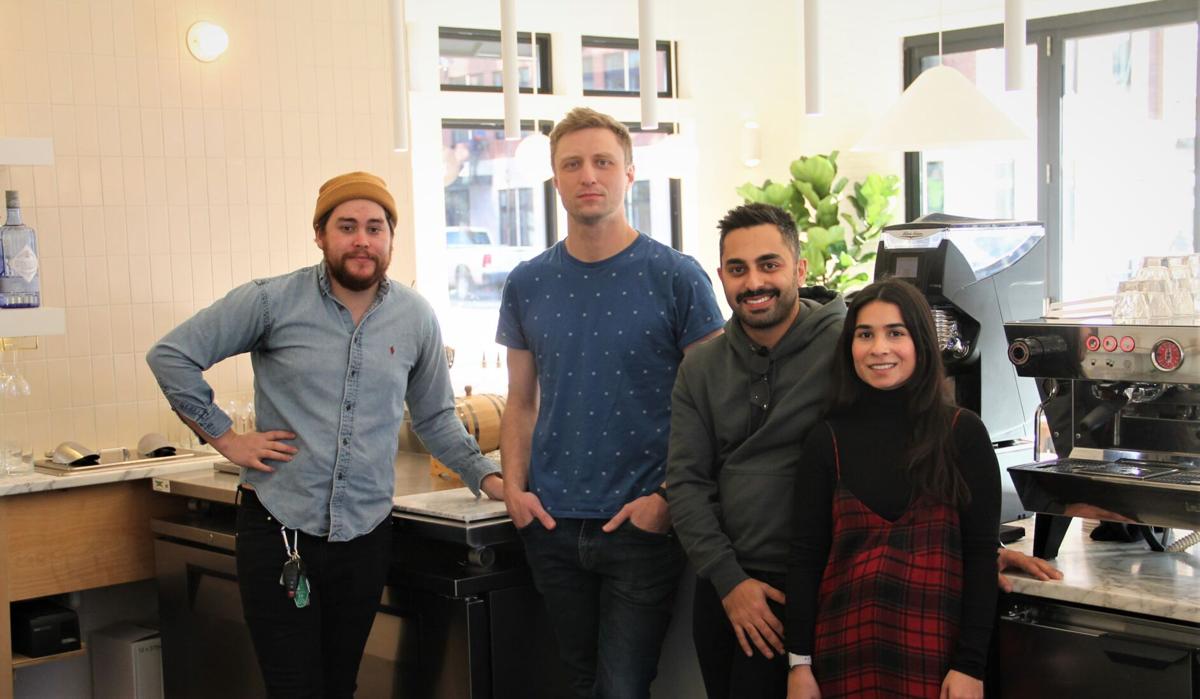 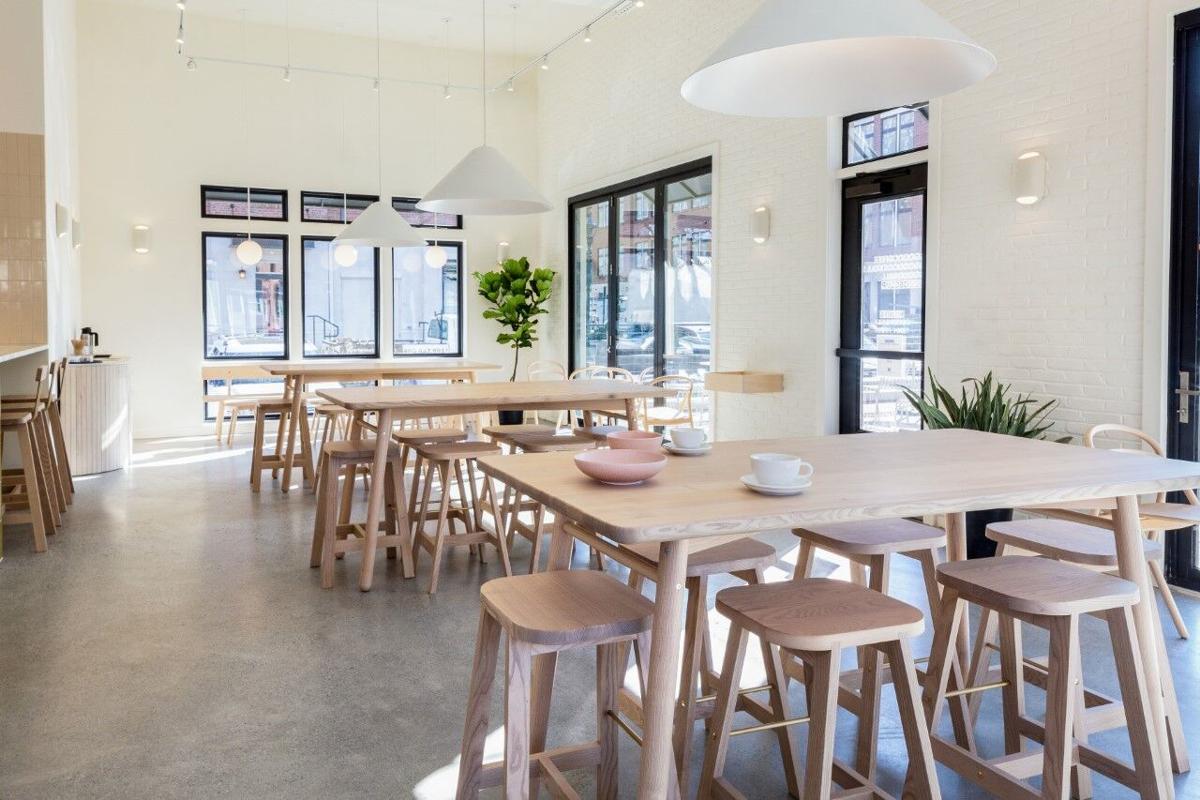 Goosecup is located on South King Street in Leesburg and opens for business Jan. 30. 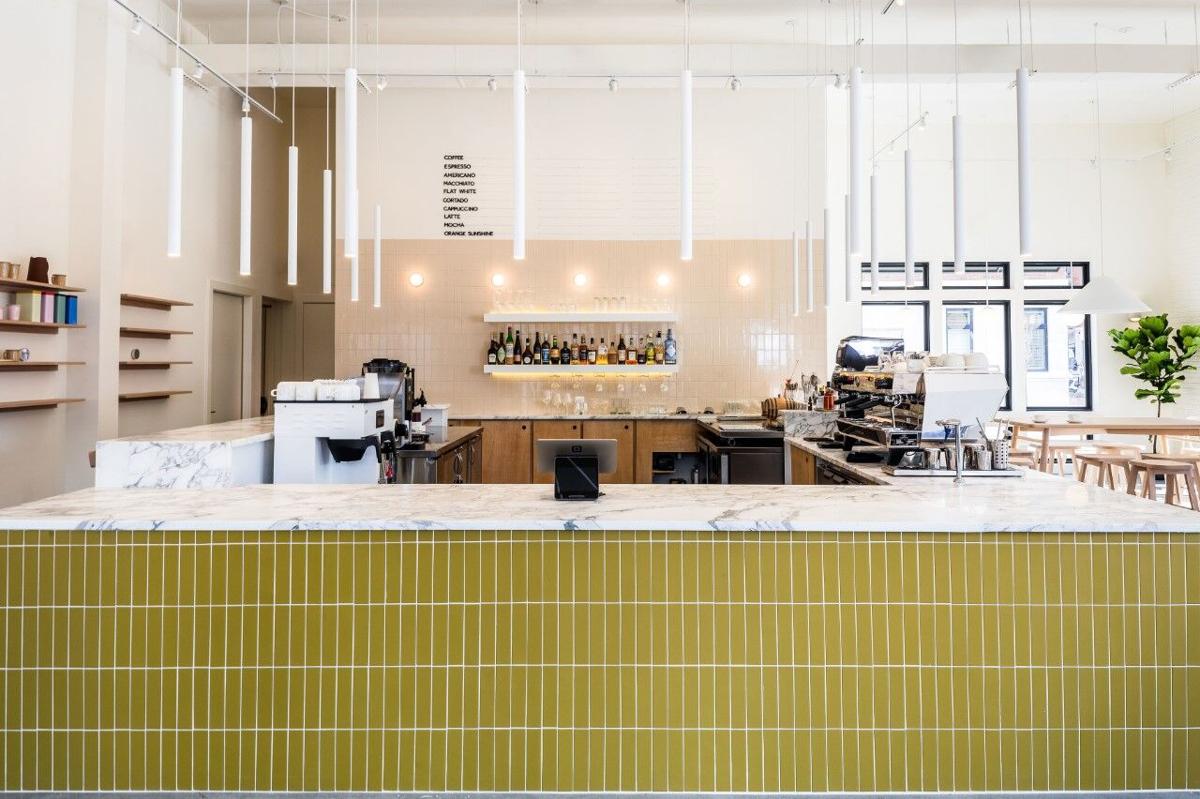 An interior image of Goosecup, a coffee and cocktails concept opening in downtown Leesburg.

Goosecup is located on South King Street in Leesburg and opens for business Jan. 30.

An interior image of Goosecup, a coffee and cocktails concept opening in downtown Leesburg.

Goosecup, a hip new coffee and cocktails destination adjacent to the new King Street Station development by the W&OD Trail in downtown Leesburg, is set to open Jan. 30.

When Ahad and Zaara Raza moved from Austin, Texas, to Ashburn about three years ago, they had a vision and a dream of opening a stylish coffee and cocktails hot spot.

“After my son was born, I had an epiphany that I wanted to pursue my dreams. I quit my job and we moved to Virginia,” Ahad Raza told the Times-Mirror.

After two years of planning and building out the perfect space, Goosecup is ready to welcome customers. “The downtown area is awesome, and this project has been meticulously planned out,” Ahad said.

Zaara, who previously worked as a nurse before giving birth to their two young children ages 3 and 1, is originally from Leesburg, where she attended middle and high school.

They own six other unrelated franchise businesses in Texas; however, this one is their own creation.

Ahad explained that this coffee and cocktails concept is popular in Austin, and they thought that it would work well in Leesburg.

“It’s a place to hang out and enjoy good coffee, good cocktails and good food. We hope everyone enjoys it,” he said.

They created the interior to feel elegant and casual. The 2,000-square-foot space has seating for 50 inside with an additional 1,200 square foot patio providing another 50 seats in warmer weather.

Their chef, Nuno Sousa, is from New York and helped craft the “eclectic and fun” menu.

“There is nice, but relaxed tapas. The style is small plates to share. Everything is simple with high quality ingredients — we are thinking quality over quantity here,” Ahad said.

The coffee program was designed by Joshua Henry, who is also the general manager at Goosecup. Henry moved from Northern California for this role. He previously owned two large coffee shops in Nevada City and has carefully studied and has gained an extensive knowledge of the coffee bean growing and roasting process.

Goosecup will be serving its own coffee beans, which the owners feel controls the process and freshness. “There is an optimum time when roasted beans should be served,” Zaara said.

Several of Henry’s signature drinks will be on the menu, including one called “orange sunshine” with a double shot of espresso, steamed half and half, cinnamon and candied orange. Another popular beverage is the lavender latte, he said.

Chris West, who was previously the bar manager at the Wine Kitchen, is managing the cocktail program.

He has developed 12 cocktails for the menu. West says eight of them are unique recipes and all are served with a beautiful presentation.

“We are focusing on executing modern technique, but fun and playful and not pretentious,” West said.

West, who grew up in Bermuda, has an affinity for rum drinks. One of his favorites on the menu is cherry colored funk, a rum-based drink with pineapple, cherry heering, campari and lime juice.

With long hours from 7 a.m. to 11 p.m., they hope that patrons will enjoy Goosecup multiple times throughout the day.

“You can start your day with us and end your night with us. The lighting and music will change throughout the day and it will feel more like a cocktail lounge at night,” Ahad said.

“But it’s not pretentious. We want people to feel comfortable here and ask questions and proactively engage,” he added.

Sorry, there are no recent results for popular articles.

Sorry, there are no recent results for popular images.