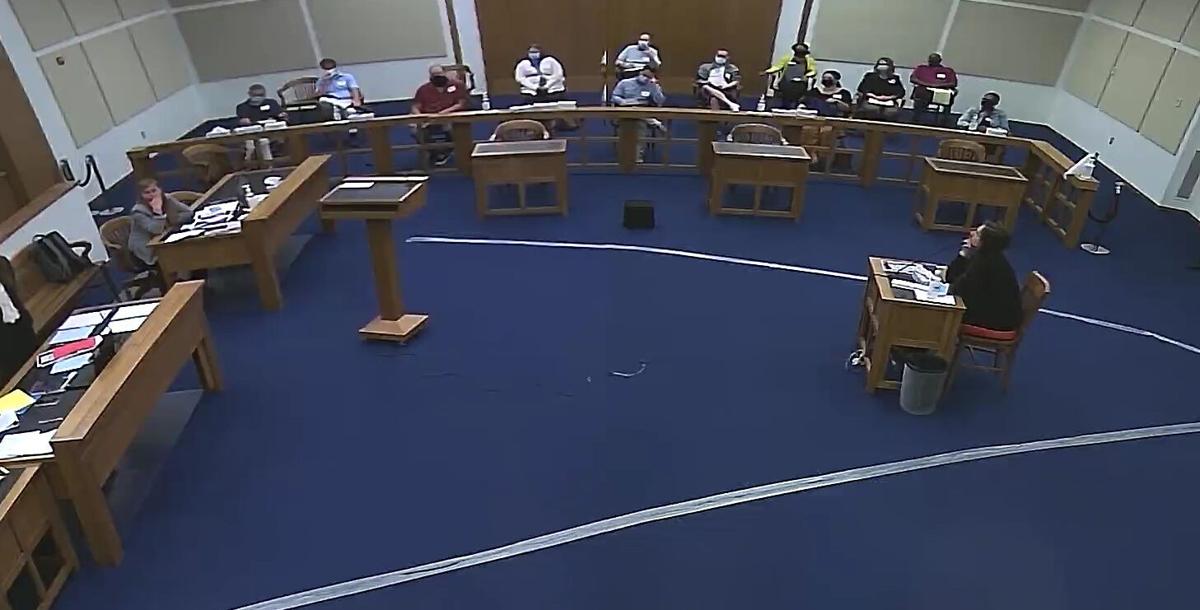 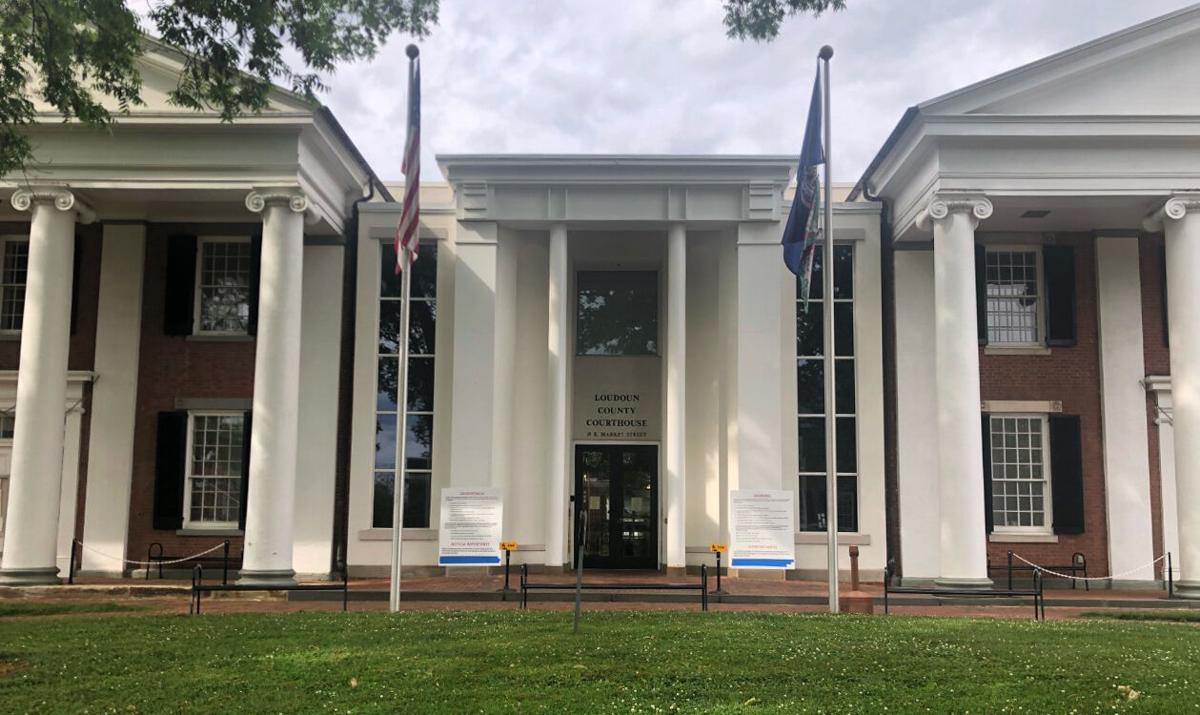 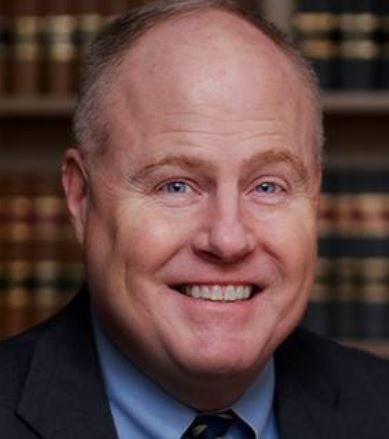 After ordering a woman jailed for summary contempt while she was testifying against her alleged abuser, Loudoun County Circuit Court Judge James Fisher on Wednesday rejected a motion to vacate his judgement, which came after the woman told the judge she had smoked cannabis earlier in the day before coming to court.

“I think it’s fundamental due process that requires him to hear the motion,” said attorney Thomas Plofchan Jr., who is representing Orndoff.

“This is not a civil case. This is a criminal matter. It was on the docket properly scheduled and for him to prejudge the issue without considering the brief or argument is very troublesome. Nevertheless, the issues are preserved by the motion and its brief pursuant to statute and case precedent.”

The motion stated that the court violated and denied Orndoff’s constitutionally-guaranteed right to due process and engaged in an unconstitutional criminal investigation without providing the requisite warnings pursuant to the landmark U.S. Supreme Court case, Miranda v. Arizona.

Fisher said the motion is without merit because Orndoff was found guilty of direct summary criminal contempt.

Further, the judge argued, the motion was without merit because Orndoff has filed for an appeal to the Virginia Court of Appeals, bail pending appeal has been granted, and “citing rights that do not exist within the context of direct summary criminal contempt.”

“And accordingly, this court is not included to consider the matter further in the trial court as the matter is and has been final as of September 7, 2021,” he wrote.

On Sept. 7, Orndoff was scheduled to testify in a two-day jury trial against Phillips. She was anxious, visibly nervous about being in court, and articulated concerns about the defendant, Assistant Commonwealth’s Attorney Elena Ventura wrote in her brief.

Orndoff testified for an hour and half against Phillips, according to court records. The two were residing with each other and in an intimate relationship.

In the complaint, Orndoff said in self-defense she struck Phillips in the eye area.

Phillips was charged with felony assault and battery against a family member, third or subsequent offense.

Ventura said law enforcement and victim witness program members at the courthouse indicated that the 33-year-old was “coherent,” “appropriate” and did not appear to be intoxicated.

Fisher described Orndoff as “incoherent, circuitous, inattentive and refused to obey court orders” in his briefing. Further, he said her speech “was lethargic and rambling and at times was alternating unnaturally between high and low tones.”

During cross examination, Orndoff was subjected to “intense and assertive questioning focused on drug-addiction and infidelity,” Ventura’s brief stated.

After approximately 30 minutes of cross examination, Fisher released the jury for lunch and asked Orndoff whether she had taken narcotics earlier in the day.

Orndoff told the judge that she has been experiencing anxiety and nervousness after discontinuing various anti-anxiety and anti-depression medications that she had been prescribed for 10 years.

She then responded that she had smoked marijuana prior to arriving to court.

Orndoff was removed from the witness stand by multiple deputies, Ventura said. The action followed Fisher’s declaring her in contempt and ordered to jail for 10 days. He later declared a mistrial.

Fisher denied multiple requests for Ventura’s including that Orndoff’s behaviors were more consistent with anxiety, and not intoxication. The judge also denied the request to recess the case until the next day.

Further, the judge ordered the woman to be transported to an emergency room and compelled to provide a blood sample for a narcotics test.

Jenn Michelle Pedini, executive director for Virginia NORML, a nonprofit organization that advocates for the reform of marijuana laws, said although cannabis is legal for adult and medical use, the law does not immediately facilitate a change in attitudes surrounding cannabis use.

Pedini said there is science that related to the length of time one would be impaired if inhaling cannabis, but in Orndoff’s case, there was no demonstration of impairment, nor were officers allowed to testify about Orndoff.

“If someone inhaled cannabis in the morning, by that time in the afternoon, there’s no reason to believe that they would be impaired from cannabis,” Pedini said, calling into question the judge’s conclusion that Orndoff’s behavior was due to her use of the drug.

Plofchan said that he believes his client had smoked between 9 and 10 a.m., adding that the judge never inquired as to the time she used.

Advocates for and survivors of, domestic and sexual violence plan to gather Thursday in front of the Loudoun County Courthouse at noon to protest the judge’s actions.

Lisa Sales, who is organizing the event, is herself a survivor of sexual assault.

“In a time where we are trying to get women to report sexual and domestic violence, the message here is, if you report, you yourself could possibly be jailed,” Sales said to the Times-Mirror.

“That is not the message we want to send to women of all ages everywhere,” she said.

The court was scheduled to hear a motion to dismiss the case against Phillips Thursday afternoon, but it was also removed from the docket, according to Plofchan.

The Times-Mirror reached out to Fisher’s office for comment as well as to Chief Judge Douglas Fleming Jr. to see if a review of Fisher’s decision will be conducted.

Alejandra Rueda, chief of staff to the Loudoun County Circuit Court, said in an email to the Times-Mirror that the presiding judges are not ethically permitted to comment on pending cases.

“The judge sent me a clear message,” Orndoff said in a prepared statement through her attorney.

“I will never feel safe reporting abuse again because doing so does not protect me.”

Buta Biberaj, commonwealth’s attorney in Loudoun County, said a situation such as Orndoff’s has never happened, but it could happen again if it’s not addressed by the appropriate individuals who are responsible to address it.

“The criminal justice system is very imperfect and law enforcement, prosecutors and courts all do the best job that they can to make it work,” Biberaj said. “The only problem is ... when incidents like this happen, it just sets us back in the trust that we have established with our victims.”

Judy Hanley, Chief Executive Officer of Loudoun Abused Women’s Shelter (LAWS), said “It’s always sad when anything interferes with a domestic violence victim being willing to testify or be part of the case.”

“I also think that the system did not appear to support the victim in this situation and anytime that happens, what ends up happening is domestic violence victims are more reluctant to reach out to the system for protection,” she said.

Hanley encouraged people to contact LAWS through the 24-Hour Crisis Hotline at 703-777-6552. She said LAWS has many services for domestic violence victims, “but they don’t have to report to law enforcement, if they don’t want to.”

Hanley said everything is confidential and “we can help them even if they’re not comfortable reaching out to the system.”