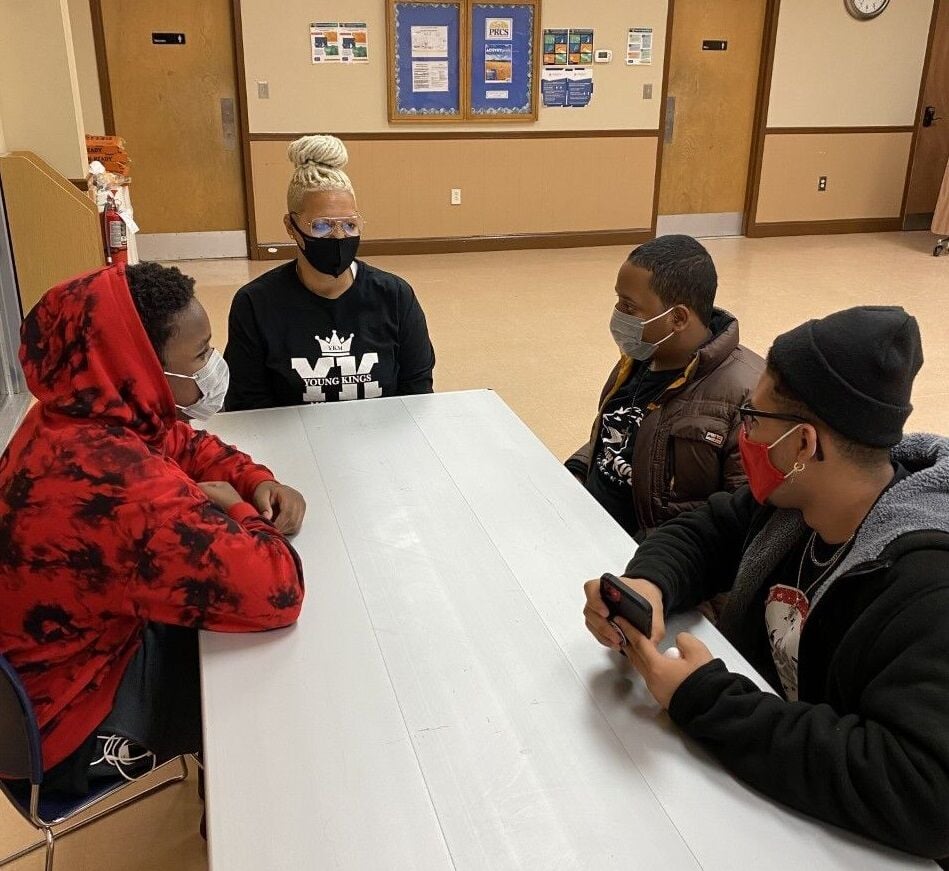 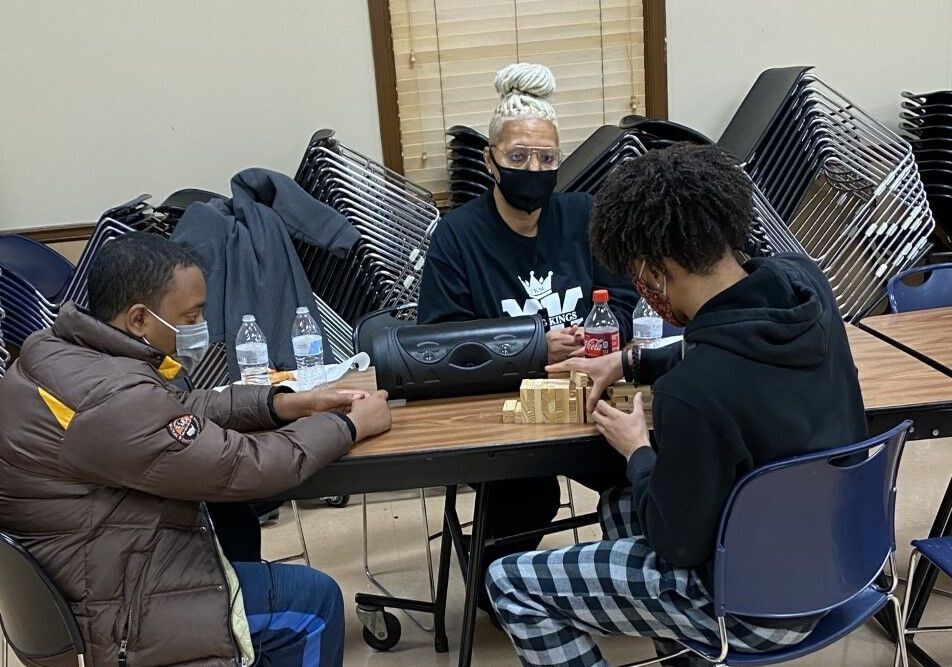 Doode Summers, center, meets with groups of boys twice a week at the Douglass Community Center to help encourage them and assist with tutoring and job placement.

Doode Summers, center, meets with groups of boys twice a week at the Douglass Community Center to help encourage them and assist with tutoring and job placement.

As a teacher at an alternative high school, Leesburg resident Doode Summers is well aware of the struggles facing at-risk teen boys.

She has always wanted to start her own nonprofit focusing on boys ages 13 through 18 to help guide them through the high school years and to ultimately reduce homelessness.

Last fall, after discussions with family and friends and local officials who encouraged her, including Leesburg Mayor Kelly Burk, she decided the time was right, and she pulled together a team to assist with the project. In November, Summers launched the Young Kings Movement, a group that meets twice a week at the Douglass Community Center on East Market Street in Leesburg.

At first, she didn’t know what kind of response the organization would receive, especially during a pandemic. However, the turnout at the meetings has already exceeded expectations, and the group has quickly grown from six to 25.

The boys come from all over Loudoun County and beyond.

“He never misses a meeting,” Summers said of one kid from Annandale. “His mother told me – he just needs something. He has depression and he wants to be here. We pick him up, we make it work.”

Summers has been inspired to give back to the community for many years. Twenty-two years ago, her sister saved her life through a kidney donation, and she has always wanted to do something to give back.

“These boys have a special place in my heart – they seem to get looked over. My main focus is working with troubled youth with behavior and mental health situations. I love it. They just have a bad rap and they are the greatest kids in the world,” she said.

Summers said she aims to help boys of all color – Black, Hispanic and whites. So far, there is a mix of cultures in the group, which is what she wanted.

“We are about brotherhood and we mix up the groups to communicate and get to know others. We always tell them to say something positive to each other,” she said.

Funding for the nonprofit thus far has come from her own pocket and donations and support from local businesses. She tearfully describes how the boys arrive hungry at each meeting.

“The first thing they say is do you have anything to eat. I can tell they’ve been out all day long – many with no coats. They ride their bikes to get here. I think they realize this is a safe space and they get to eat,” she said.

The group activities have evolved to meet the needs of the boys, who are looking for help in school as well as mentoring for jobs.

“The older boys do not have a job or a car or IDs – they need help. We have started looking for internships and community service projects for them,” she said.

Summers is planning an event in March to teach the boys about how to present themselves, especially in the workplace. She is collecting suits for everyone to wear and they will dress up and have a special dinner to learn about social etiquette.

“I want them to feel good about themselves,” she said.

Her goal is to help stop homelessness at an early age. She has been working with Mobile Hope, a nonprofit that has a similar mission for young adults.

“They are here because they want to be here. We want this to grow. Our goal is to do a summer project so they all have jobs or internships,” she said.

Summers says she is looking for financial donations as well as computers and businesses who may be interested in working together.

“Anything we can do to help them. They want it. They want to succeed,” she said.