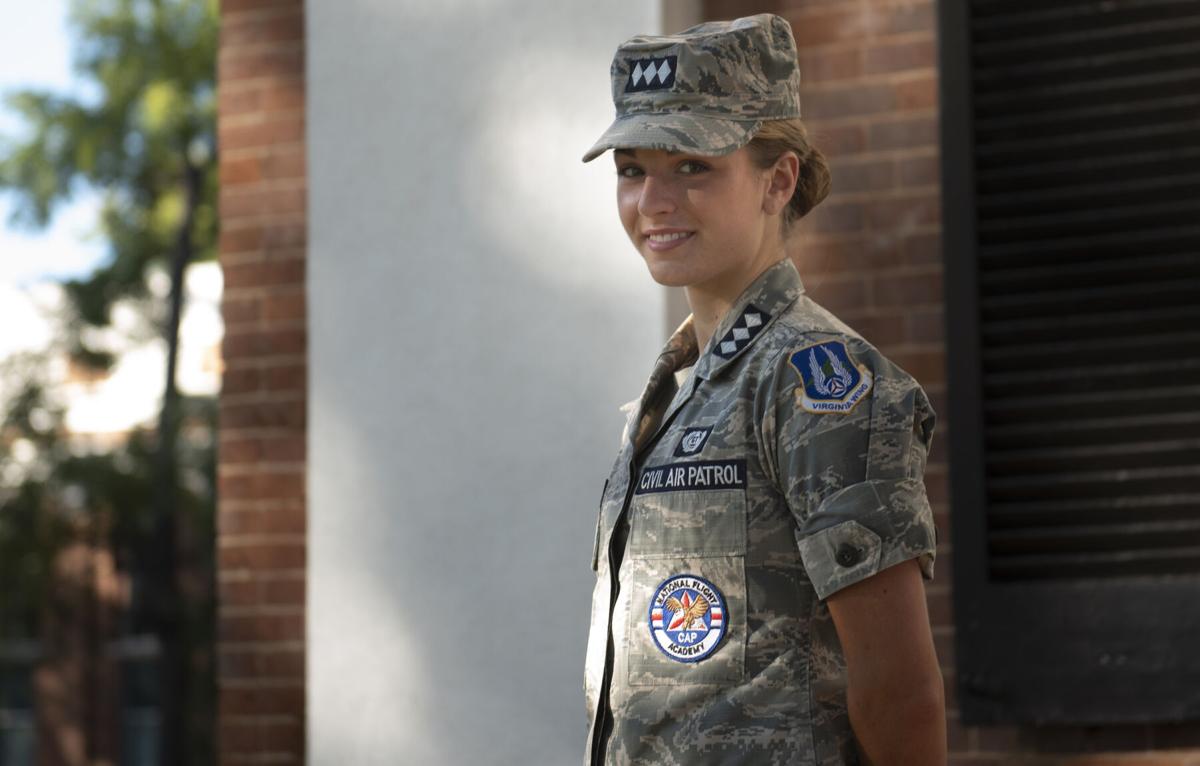 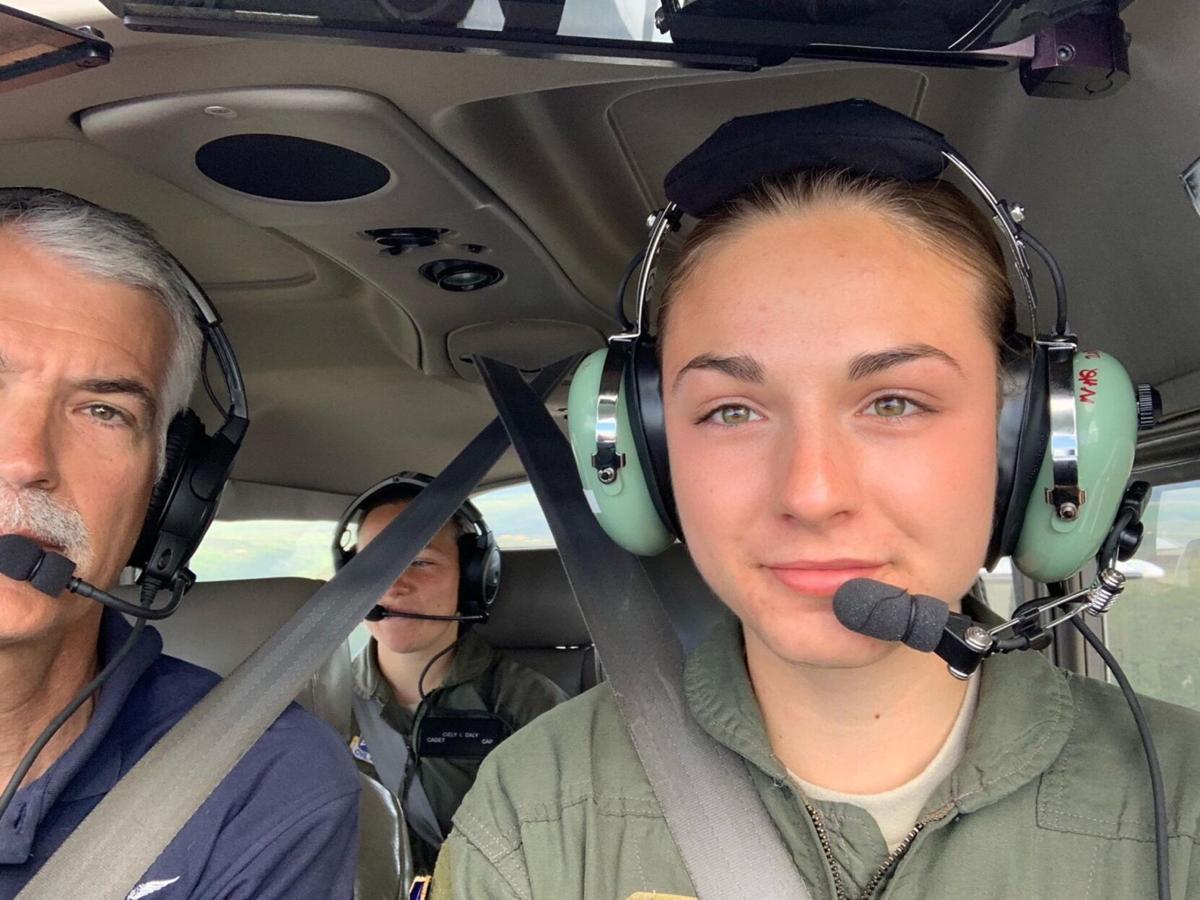 At only 16 years old, Leesburg resident Kathryn Homa has already served as a cadet in the Virginia Wing of the Civil Air Patrol (CAP) — a civilian auxiliary division of the U.S. Air Force — for nearly five years. During her time with the CAP, Homa has served as a leadership officer, flight commander, aerospace education officer, and is now serving as the cadet commander for the Virginia Wing’s Leesburg Composite Squadron.

She said she joined the CAP’s cadet corps three days before her 12th birthday. The cadet branch is typically open to teenagers between the ages of 12 and 18, whereas the senior division is open to individuals aged 18 or older.

Watching a helicopter with medevac personnel at the Leesburg Air Show piqued Homa’s interest in aviation at the time. “I fell in love with the program. I really like aviation, and I’m also an EMT.”

It would be “pretty cool,” she said, to become a flight medic in the future.

In the meantime, however, Homa has another feather to place in her cap: the cadet colonel and Loudoun County High School student was recently awarded the Gen. Carl A. Spaatz Award — the CAP’s highest honor for cadets. Only 0.5% of all participating cadets earn this honor, CAP officials said in a statement announcing the achievement.

Since the Spaatz award — named for the first chief of staff of the U.S. Air Force — was introduced in 1964, only 2,000 cadets had earned the distinction as of August 2015, according to the Spaatz Association. Homa said she is the 2,461st overall recipient of the award. The test to qualify for the award included an essay exam in addition to tests in fitness, leadership and aerospace aptitude.

Despite the overall satisfaction that comes with earning the CAP’s highest honor for a cadet, Homa said, “It’s [a] bittersweet experience to get the award. I’m super grateful for the opportunity to be able to test, and be a leader in my squadron, but it does kind of mark the end” of her promotion phase as a cadet.

Major David Thornton — commander of the senior division of the Leesburg Composite Squadron — said of her accomplishment that, “Cadet Homa is amongst the finest examples of how dedication and hard work to the CAP can result in success” in the CAP’s announcement.

“Earning the Spaatz Award is a testament to her steadfast determination and the members of our squadron are all proud to see her complete this achievement, and excited to see what Cadet Homa does in the future,” he continued.

Even though there are no higher achievements for her to seek as a cadet, Homa said she looks forward to continuing to share her love of the CAP with other cadets in her squadron, and participating in programs like the International Air Cadet Exchange, which allows young pilots to travel to other countries during the summer and spend time with the host nation’s cadets.

She recommends the CAP to “any student who wants to learn about leadership, and anyone, especially who’s interested in aviation.” Many of the cadets in Homa’s squadron have been able to earn scholarships to attend flight school with almost all their expenses paid, she said.

For her next educational endeavor, Homa said she has her sights set on the U.S. Air Force Academy in Colorado, or an ROTC program as a potential backup plan.

The CAP has “really changed my life for the better,” she said. “I’m super grateful to have the opportunity to be in this program.”