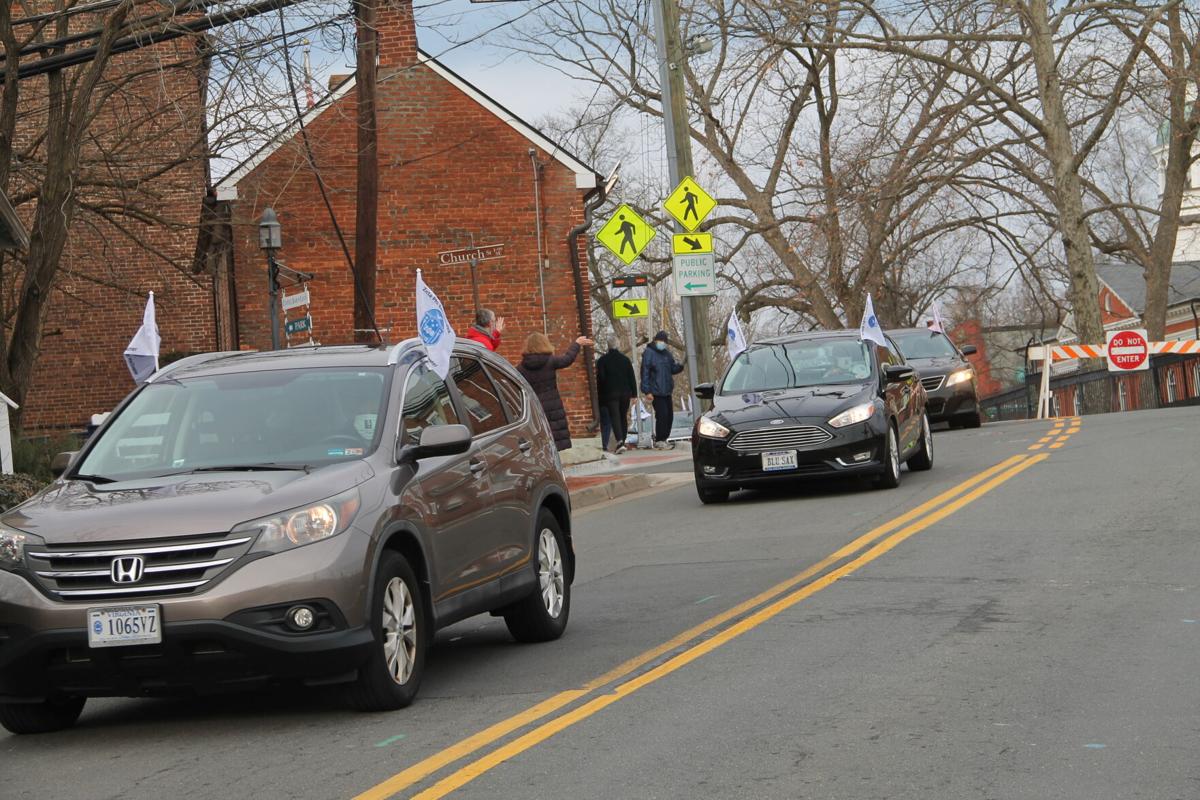 Cars proceed down East Market Street in Leesburg for the annual MLK Day procession to the Douglass Center. 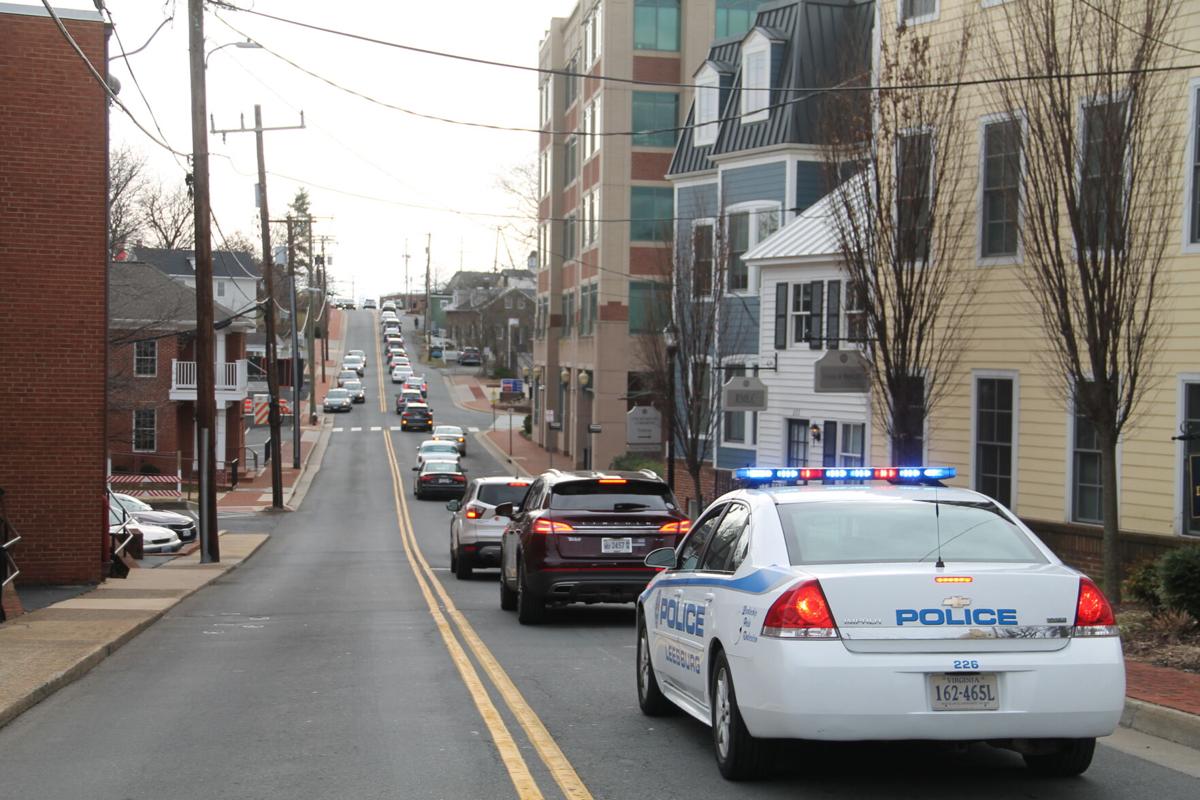 About 30 cars participated in the MLK Day procession down East Market Street in Leesburg. 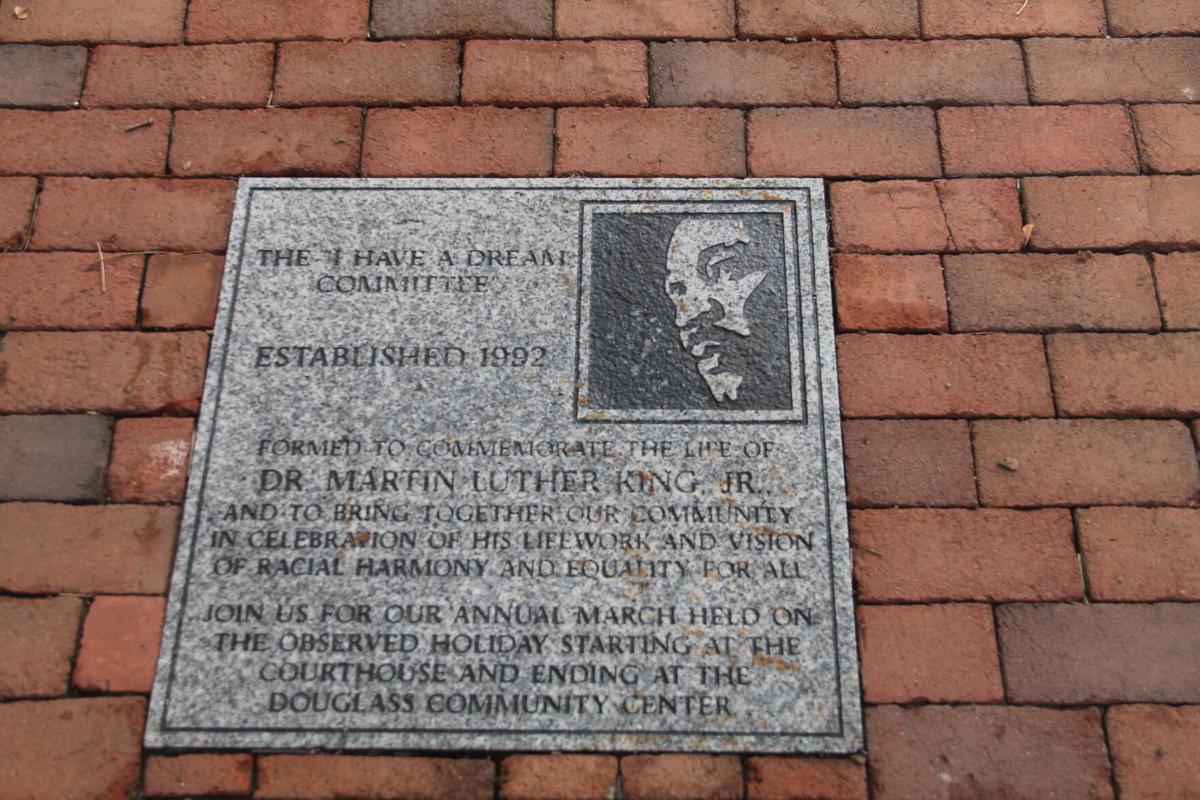 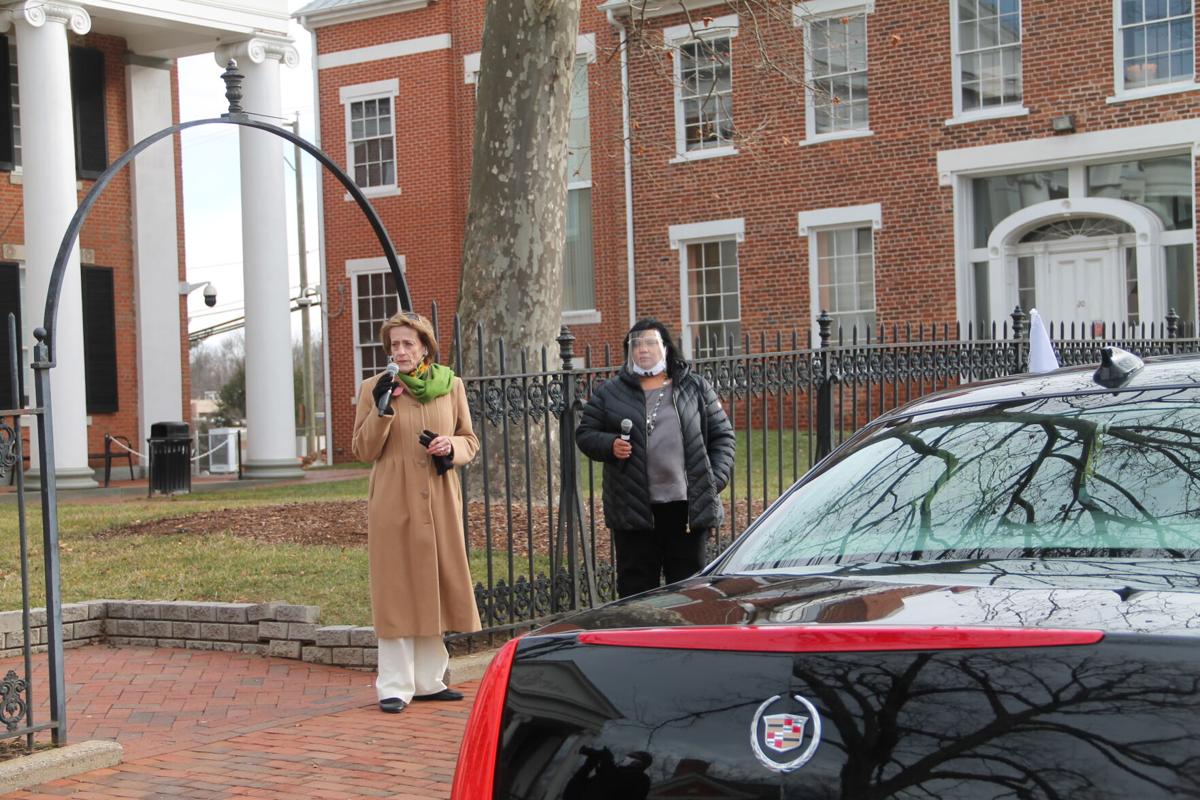 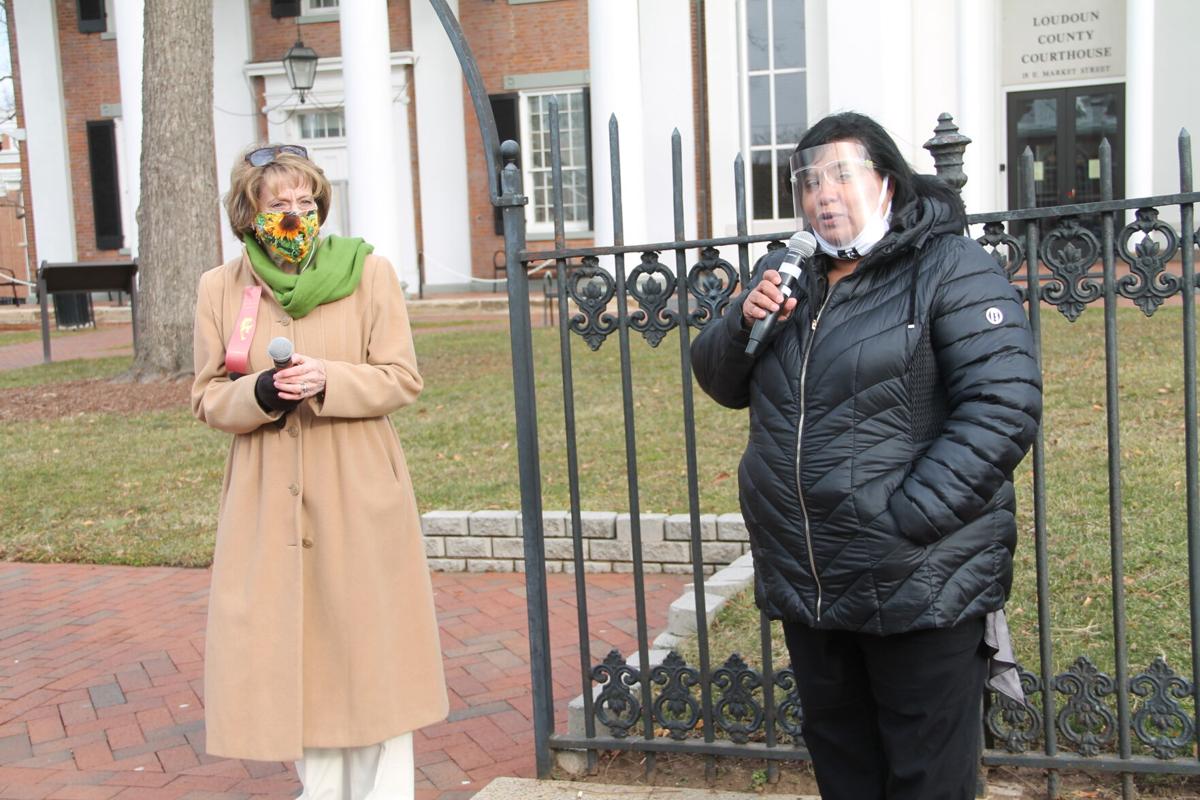 Leesburg Mayor Kelly Burk and event organizer Tammy Carter speak to drivers in the assembled cars before the procession on Monday morning. 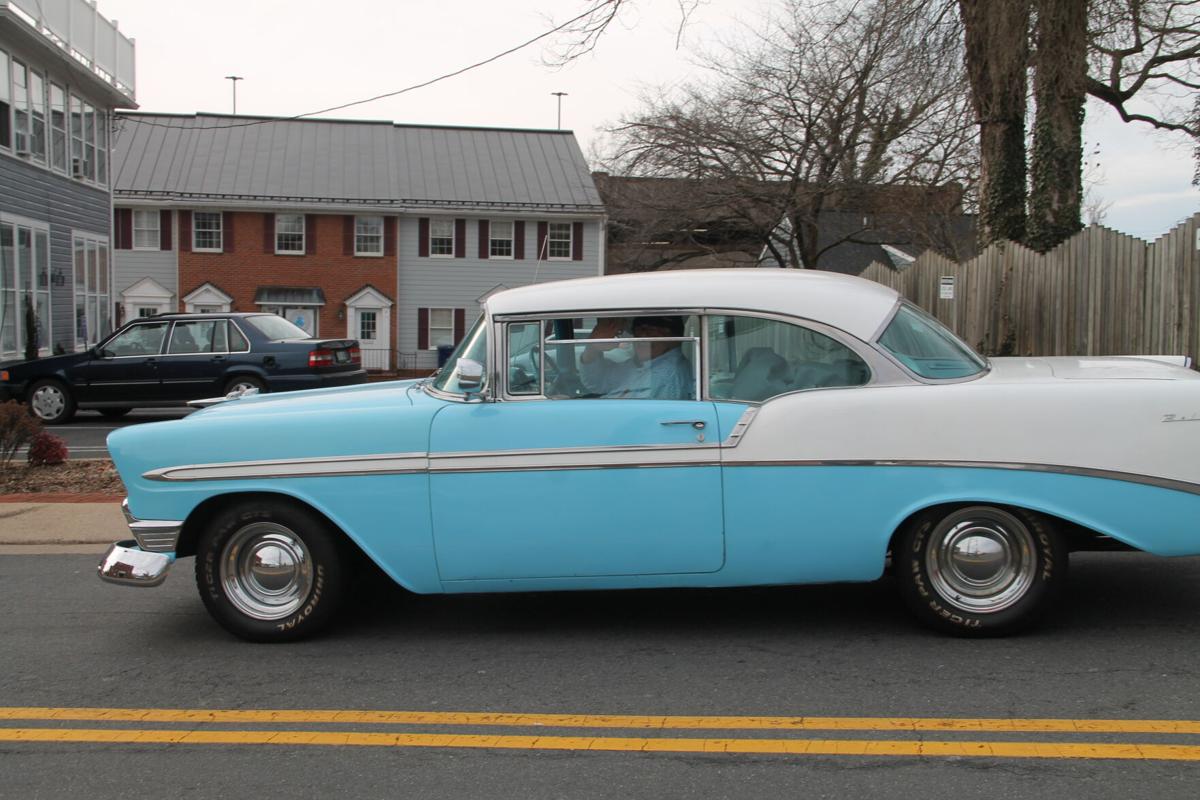 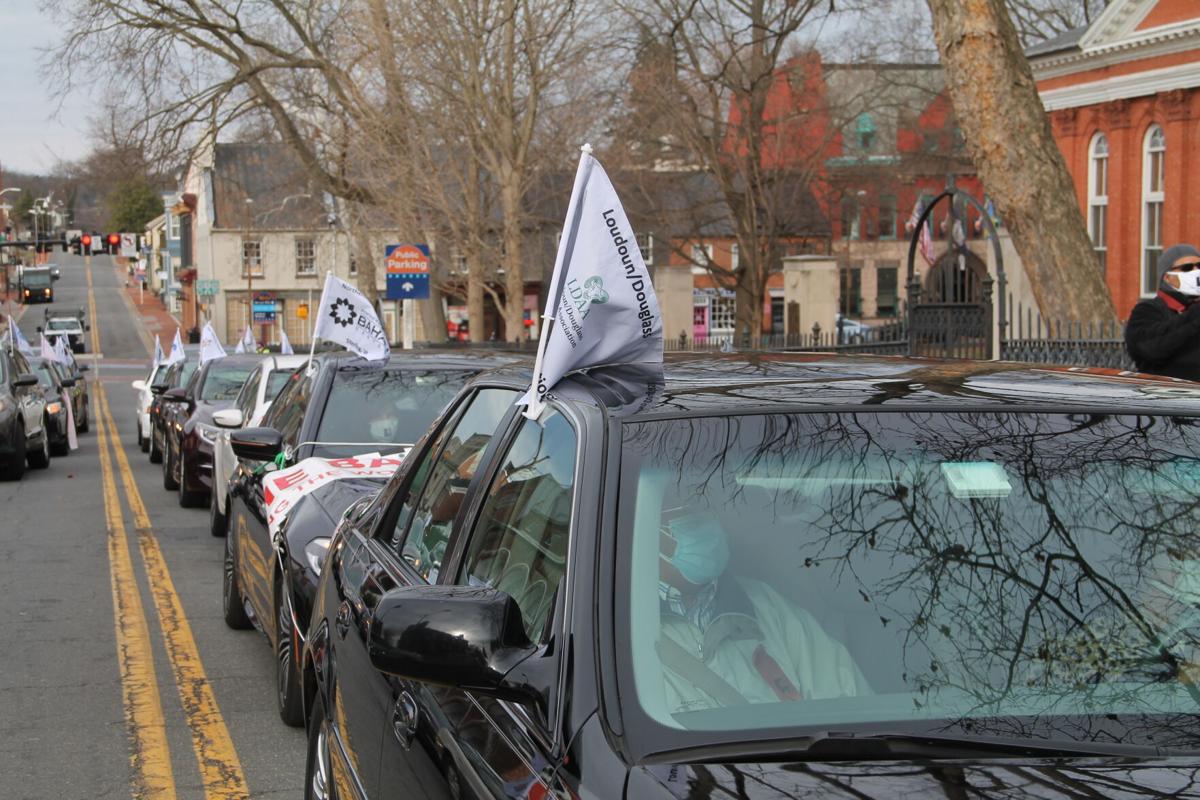 Cars proceed down East Market Street in Leesburg for the annual MLK Day procession to the Douglass Center.

About 30 cars participated in the MLK Day procession down East Market Street in Leesburg.

Leesburg Mayor Kelly Burk and event organizer Tammy Carter speak to drivers in the assembled cars before the procession on Monday morning.

Community leaders and local residents traveled in dozens of vehicles through the town of Leesburg on Monday to bring awareness to the many injustices and inequities that still need to be addressed as the nation celebrated the birthday of Dr. Martin Luther King Jr.

Along with remembering the work of the civil rights leader, the event’s participants honored the activism of the Leesburg-based MLK “I Have a Dream” Committee over the past 30 years.

On Monday, people watched a pre-recorded program — due to safety concerns from the COVID-19 pandemic — titled “Equality Above All: Overcoming Injustices & Inequities” and organized by the MLK committee. The event featured local leaders as well as Rev. Al Sharpton, founder of the National Action Network, as its keynote speaker.

“Fighting injustice and inequality is standing up for who and what you are,” Sharpton said. “If you allow things to be unfair and unjust by being uninvolved, you are a cosigner and responsible for it. Dr. King challenges all of us to come out of our comfort zone and stand up.”

The committee, inspired by the work of King, was established as a nonprofit in 1992 by the Loudoun Douglass Alumni Association, along with the Bahá’í Community of Loudoun, the NAACP Loudoun Branch and Bluemont Concert Series.

The Loudoun Douglass Alumni Association was formed primarily to raise funds for scholarships to award descendants of those who attended Loudoun Training and Douglass High School, the first high school built for Black students in Loudoun County.

Guests emphasized the importance of King’s efforts and urged others to get involved with fighting injustices and inequalities by reviewing hiring practices, addressing economic and health care inequalities, and providing equal education for all students.

Evan Belcher and Jason Nesmith, of All Ears Arranging, highlighted the list of performers on Monday. The Women of Praise, ADAMS Beat, Dance Academy of Loudoun, and Miroslav Lancor and Brian Morton from Park View High School also performed.

Gov. Ralph Northam (D) said in his recorded address that he has a responsibility to all Virginians, including those in need. During a difficult year, Virginia came together to navigate the health crisis and to address several “long overdue” priorities, including passing gun safety laws and criminal justice and police reforms, Northam said.

“We know there is more work to do,” Northam said. “This is about centuries of inequity and injustice and doing the hard work that is necessary to ensure a new future — one that is more equitable and inclusive, one that tells the true story of our past and learns from it.”

The speakers highlighted the work they are doing in their offices to address inequities and inequalities.

“No single bill is going to equalize economic opportunity, but if we are really going to make Dr. King’s dream of equality for all a reality we have got to make sure there is fairness in terms of access to capital,” Warner said.Kaine added, “Often the periods of the most significant progress occur after some of the periods where the challenges have been the most intense — we’ve been through an intense challenge, its not over — but let’s dedicate ourselves to making this year a year of great progress that we can come and reflect upon when we’re together again on Martin Luther King Day in 2022.”

Monday’s committee celebration started at the Loudoun County Courthouse where another civil rights leader, Charles Hamilton Houston, led the first all-Black legal team in the United States. Hamilton’s team defended George Crawford, who was accused of murdering a Middleburg socialite, during a trial in the historic courthouse.

Crawford was found guilty. But Houston and his legal team succeeded in getting Crawford a sentence of life in prison rather than the death penalty, which was considered a major accomplishment in a case where a Black man was tried by a white judge and jurors in a Southern courthouse.

“Just as the words ‘Equal Justice for All’ are enlaced on the courthouse steps of the United States Supreme Court, these courthouse grounds remind us that every day we strive for equal justice for all,” Sinclair Taylor said. “May we always remember the legacy of Dr. Martin Luther King Jr.”

The committee is urging people to participate in a self-guided walk of the symbolic Dr. Martin Luther King March route in Leesburg next month.