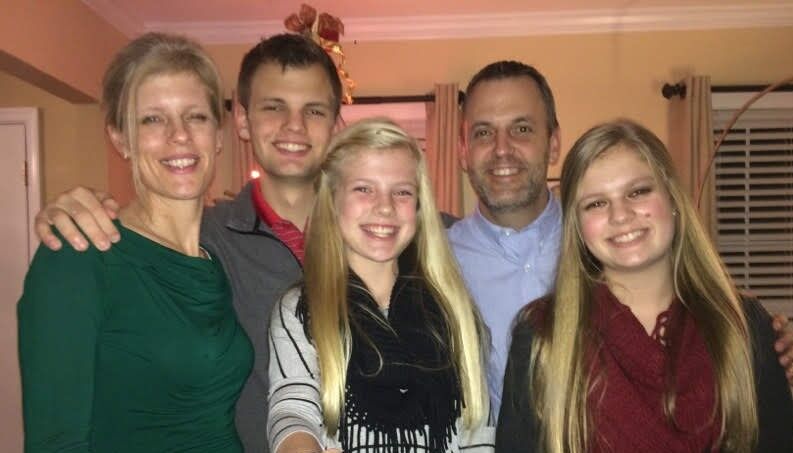 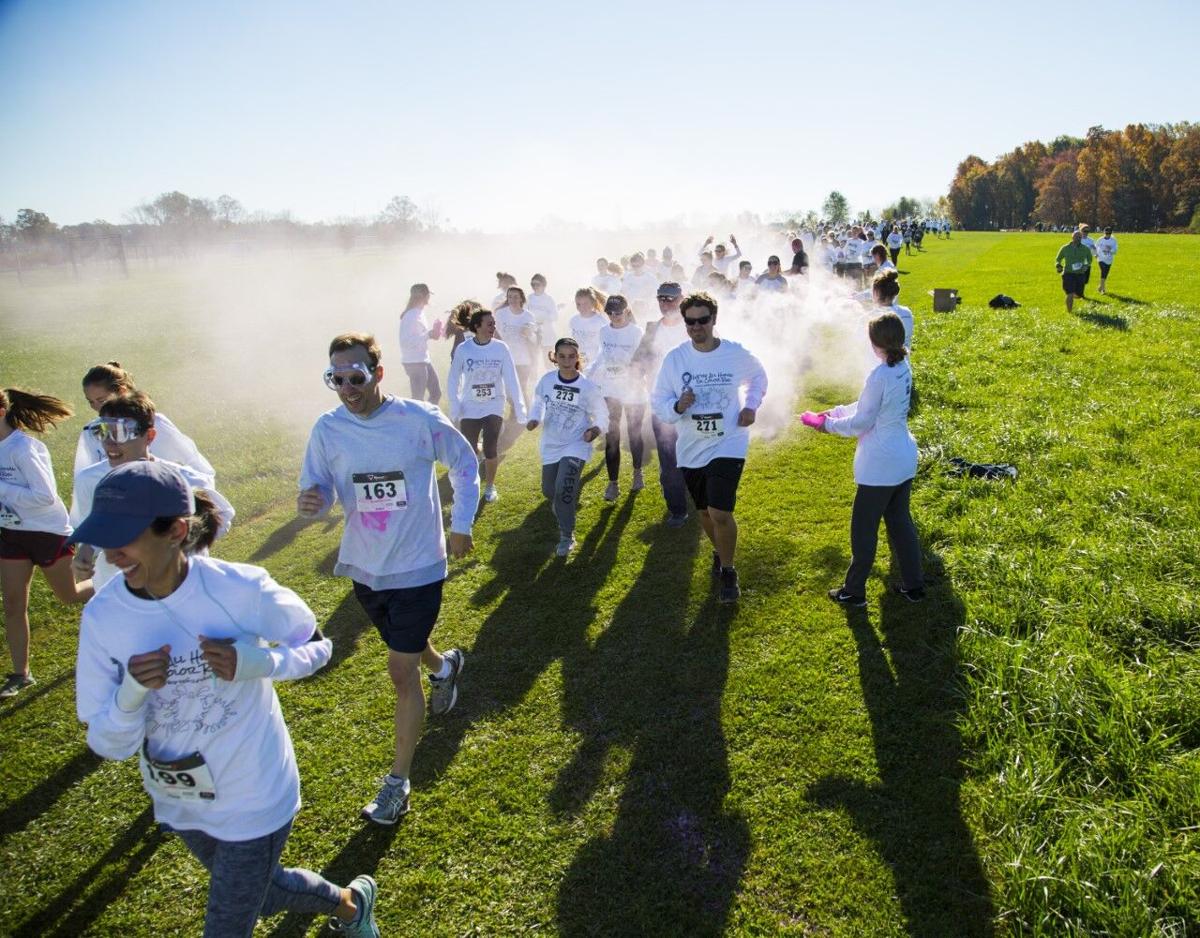 The Ryan Bartel Foundation will host the annual We’re All Human Color Run at Woodgrove High School on September 19.

The Ryan Bartel Foundation will host the annual We’re All Human Color Run at Woodgrove High School on September 19.

For Erin Gallagher, Suicide Prevention Awareness Month in September has a deeply personal significance for her family.

Gallagher’s son Jay was 18 years old and a student at Potomac Falls High School when he died by suicide in February, 2016.

As a result of the tragedy her family endured, she works to raise awareness about suicide prevention and mental health with the hope of saving lives.

Gallagher said her son Jay kept his mental health struggles a secret from his family until the end. The family, she said, were not notified when a school counselor met with Jay after a fellow student reported that Jay had expressed suicidal thoughts three weeks before his death.

The Gallagher family filed a wrongful death lawsuit against Loudoun County Public Schools in December, 2016, which has since been settled through mediation. The terms of the settlement were not disclosed.

“He was afraid about how his life would change if he expressed his darkest feelings and thoughts,” Gallagher said. “If people are dealing with a mental health issue and they are not in crisis, they hide it and pretend everything is okay.”

The mental health issues Jay faced are part of a widespread problem currently facing children and young adults, according to Dr. James Murphy, division chief of Child and Adolescent Psychiatry at Inova Health System. Murphy is raising concerns about an “acute mental health crisis” among ages 10 to 19, which is being seen in greater numbers than ever before.

Doctors are seeing an uptick in instances of children showing signs of anxiety, depression and suicidal thoughts, he said.

According to statistics from the Virginia Department of Health, emergency room visits for self-harm and suicide attempts among 10- to 19-year-olds in Loudoun County rose from 516 in 2019 to 546 in 2020. Through July of this year here have been 411 such visits to the ER.

According to the National Suicide Prevention Lifeline (NSPL), from March to May 2020 Virginia’s hotline saw increases in calls from children 12 years and under, as well as young adults aged 13-24.

Suicides among teens have also been on the rise in Virginia.

While the need for mental health care services has increased, parents seeking treatment for children with acute cases have found that their options are limited, Murphy said.

“In Virginia, we are seeing kids who are seeking higher levels of care and they are waiting for days or sometimes weeks to get into a psychiatric unit,” he said.

Inova Loudoun in Lansdowne does not have a dedicated child psychiatric team, so families are sent to Inova Fairfax hospital whose psychiatric units are continuously full, Murphy said.

The first line of treatment is the closest emergency room, he said.

“If you need help or if your kid is struggling with self-harm or suicide, call 911 or go to the emergency room. That is where a medical professional can provide an assessment and recommendations for help,” he said.

For outpatient care, Murphy suggested calling a primary care physician or pediatrician who are trained to listen and provide mental health care. School counselors and religious leaders, he said, have also helped fill the gap in support during the ongoing mental health crises.

As stated by Inova’s Dr. James Murphy, very often teachers and school counselors are the first to identify a child that is struggling with mental health issues.

According to Loudoun County Public Schools Assistant Superintendent Dr. Asia Jones, the school system is prepared to serve that role.

She said that Superintendent Scott Ziegler established a Mental Health Task Force which has developed a multi-tiered plan to address the short- and long-term mental health needs of students during the transition of back-to-school and beyond.

Jones said administration officials recognize the pandemic has caused challenges for many students, and as a result are working with multiple community partners and school leaders to create a cohesive environment.

“This means outreach on various fronts to address whatever those challenges have been. We need to reach those basic needs before students are ready to learn and actively engage,” she said.

District-wide staff development and training provided teachers and health staff with mental health first aid so they have the tools to recognize signs and symptoms related to anxiety or stress.

Jones said it is now the school’s policy to notify a parent if a student is in distress or expresses suicidal thoughts and the school has a partnership with Loudoun County Mental Health for crisis intervention.

“If a student is in distress, the parent is definitely at the table,” she said. “Our unified mental health team members are trained for suicide screening and referral.”

“We want to get the word out to our students and families that our students are our number one priority. Our teachers and staff are here to support our students and embrace them so they all feel affirmed, supported and they have a voice and we are excited and looking forward to the year ahead,” she said.

The Ryan Bartel Foundation, a Loudoun County-based nonprofit that works to raise awareness of mental health issues among youth and prevent teen suicide, has prepared a series of special programs and events for September.

Val Walters, the foundation’s executive director, said while the pandemic has created its own set of challenges for kids, re-engagement at school is expected to be difficult for many.

Prior to the pandemic, Walters said, if kids were having a hard time at school, they had the ability to talk with friends and school counselors. That access was lost during the pandemic, and instead kids tended to repress their feelings.

“Now we are flipping the switch and sending them back to school,” she said. “We will continue to see teens struggle with getting back [to school].”

“After sitting in their rooms for 18 months they were comfortable in that safe space. However, at some point it is too much for them,” she said. “We want to ensure teens know they are loved and accepted and there is hope.”

Events the group has planned for September aim to highlight several areas of focus which they hope will help both teens and parents.

The annual “We’re All Human” 5K Color Run will be held September 19 at Woodgrove High School in Purcellville.

Virtual suicide prevention training will be offered on September 14 and 28. The training focuses on three steps to help save a life from suicide: question, persuade and refer, according to a release from Loudoun County. All programs are free and registration is required.

Ashburn resident Jennifer Marshall launched the nonprofit This is My Brave in 2013 with a mission to empower people to discuss their mental health struggles in order to raise awareness and remove the stigma behind the illness.

Since then, Marshall — and dozens of other people — have since shared their stories as part of a multi-media show that has been performed on stages around the country.

In This is My Brave’s upcoming Teen Edition show on September 26 at 7 p.m. at Floris United Methodist Church in Herndon, teens will describe their mental health struggles through dance, songs and poetry followed by a panel discussion on teen mental health.

“We have teens who are willing to step forward and say ‘I’ve been there, it’s been hard, but I’ve been there and there is hope,’” said Gallagher, who is now program manager at This is My Brave. “Storytelling saves lives.”

“When you hear someone describe that they were in a dark and scary place, but they found a way out — and when they describe that it connects with somebody else who is struggling, it’s a game changer and grabs people, gets their attention. It’s really moving,” she said.

Gallagher said she wishes her son had addressed his struggles with them and acknowledged that he needed help.

“If people do not openly discuss their mental health, then there will never be any progress,” she said.