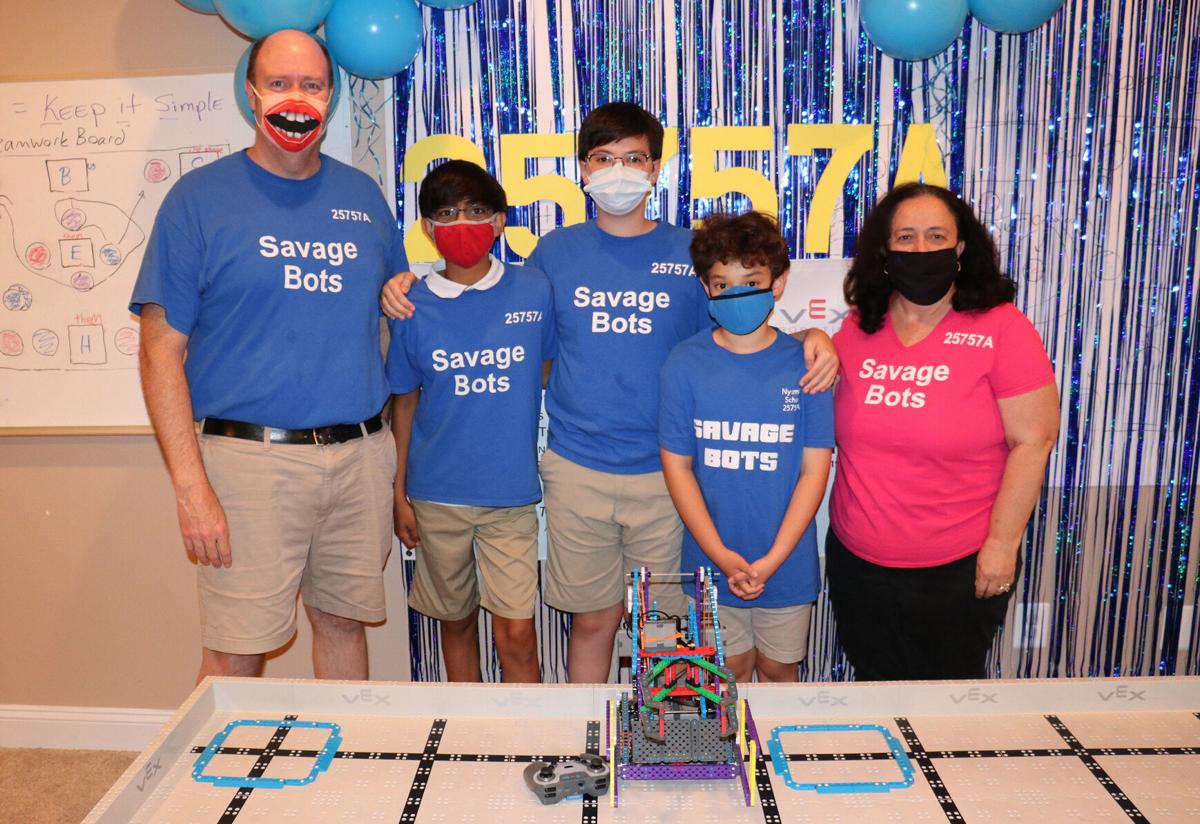 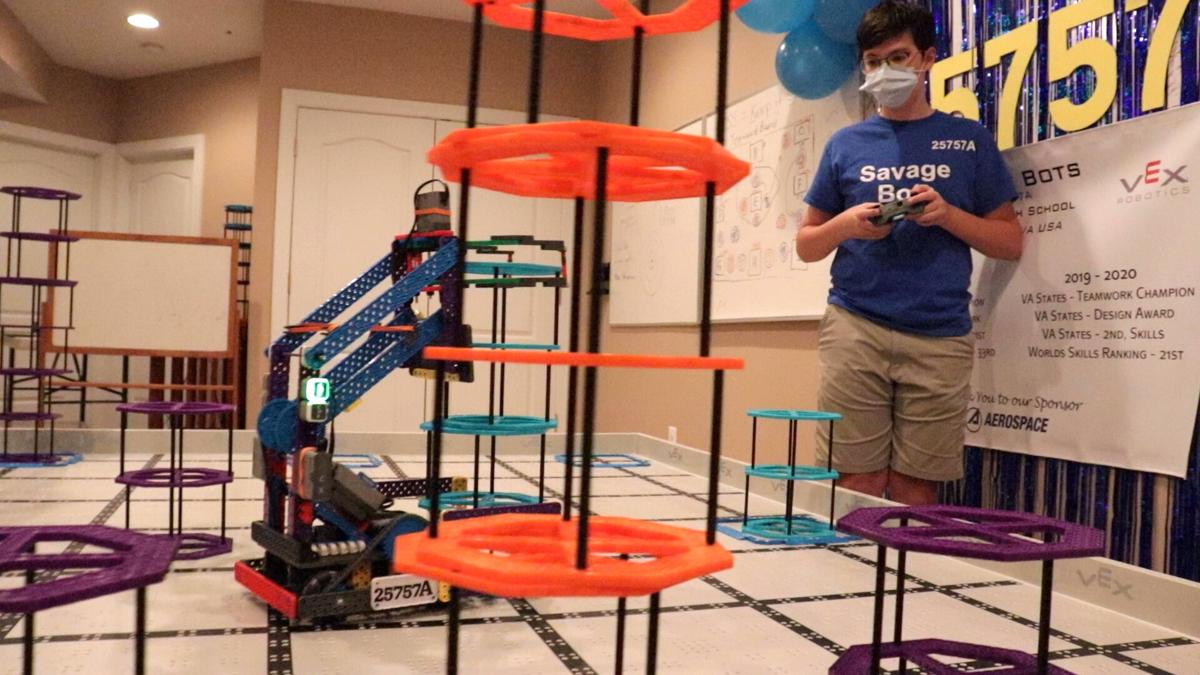 The Savage Bots, a three-person team of 12-year-olds from Ashburn and Herndon, spent the better part of the last year designing, building and testing a robot, they dubbed “Tom Tom 3.0.”

All that effort paid off last week when the trio finished fourth place in the Live Remote VEX Robotics World Championship, a real-time, online competition.

Giovanni Eastman and Arjun Nayyar, both of Ashburn, and Herndon’s Max Ritter competed against more than 8,600 other students from 30 countries.

The team represents Nysmith School for the Gifted, a private school in Herndon serving preschool through eighth grade. The trio have competed together at VEX competitions for three years and spent about nine months preparing for this year’s competition.

“We were famous around the school,” Arjun said of the response to their performance.

“All the second graders were congratulating us,” added Max.

The VEX Robotics World Championship is a collaboration of the Robotics Education & Competition (REC) Foundation and the Northrop Grumman Foundation. This year’s event was held virtually from May 17 to 29.

During the competition, the Savage Bots maneuvered their original robot on a gridded table, racing against the clock and other teams to stack colored cylinders in designated patterns.

“Tom Tom 3.0” is a small, motor-driven machine with a large claw on the front. It’s made entirely of VEX-provided parts, which are almost entirely plastic except for the motor and wiring.

Giovanni, Arjun and Max first competed in the elementary-level “Technology A” division of the VEX IQ Challenge on May 26.

The “Technology A” division finals weren’t free of challenges, though, as the Savage Bots’ partners, an Indiana-based team called the Short Circuits, began experiencing issues only an hour prior.

That was just the first obstacle to emerge during that leg of the competition. Not long after, the Savage Bots’ own robot started to malfunction.

“A motor was overheating, which was causing problems,” Giovanni said. “It would get really hot and then just stop working.”

The team thought on their feet and decided to leave the robot in an idle state and let it cool down for 20 minutes before the final competition.

“And then we all crossed our fingers,” said Curt Eastman, Giovanni’s father.

Ultimately, “Tom Tom 3.0” made it through the final, 60-second competition, earning the Savage Bots a win in the “Technology A” division.

After that victory, the team spent the next three days rewiring and modifying the robot before taking it to the championship finals on May 29. The team shared fourth place overall with the Short Circuits.

Giovanni, Arjun and Max will begin preparing for next year’s VEX Robotics World Championship in August, they said.

The Eastmans typically host a “mini-summer camp” in their basement when the boys start their preparations at the end of the summer.

“They can accomplish a lot in that time period, and then they get a good feel [for the next steps],” Margie Eastman, Giovanni’s mother, said.