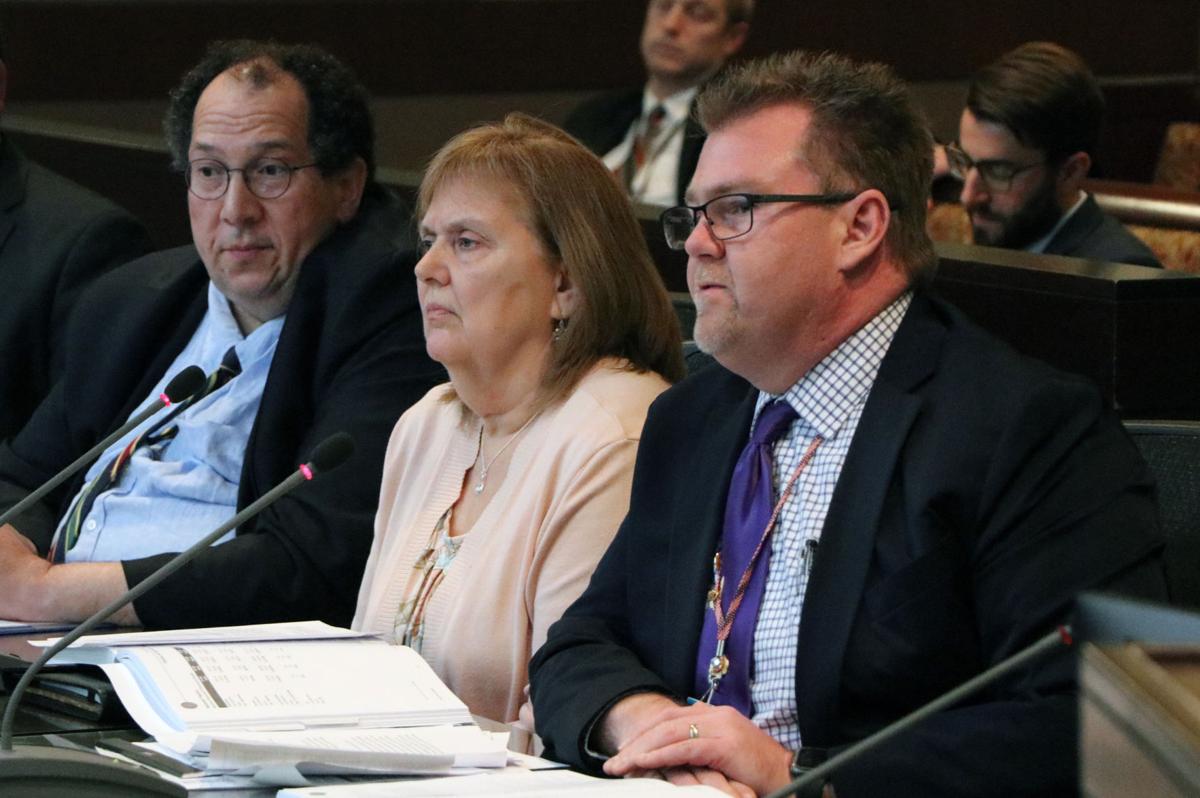 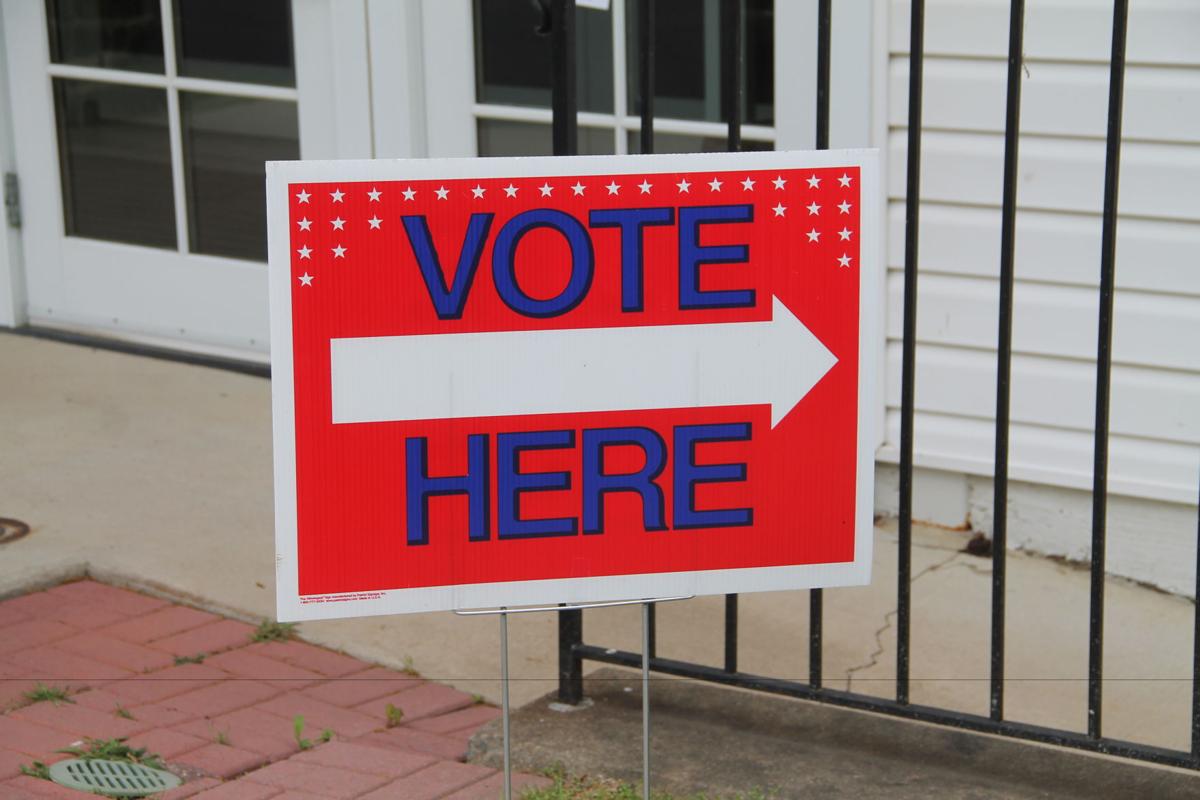 Election day signs at a Hamilton precinct on Tuesday.

Election day signs at a Hamilton precinct on Tuesday.

Workloads have increased for the Loudoun County Office of Elections as the general election on Nov. 3 draws closer.

On Tuesday, elections office staff provided an update on its preparations at the Loudoun County Board of Supervisors business meeting.

Some of the concerns locally and nationwide stem around safety measures amid the COVID-19 pandemic, mail-in ballots and foreign interference.

Offices on the Loudoun ballot will include president and vice president of the United States, members of the U.S. Senate and House of Representatives, Virginia constitutional amendments and Loudoun County bond questions. Some local ballots will also include offices for the mayor and town council seats in Leesburg and Hillsboro.

Judy Brown, general registrar in the Loudoun County Office of Elections, worked to assure supervisors Tuesday that her office is prepared for Election Day. Brown said they'll continue to monitor the impact COVID-19 is having on the county's mostly older set of election volunteers.

“I think that at this time, we feel that we have enough people in our database to meet our needs, and as we get to the point where we are not getting people to agree to serve, then we can reach out to make sure that people are aware that we're still looking for folks,” Brown said. “But with 2,500 in the database currently, we are expecting a lot of them to step up to the plate and agree to work on Election Day.”

Due to some changes in Virginia laws and the response to the COVID-19 pandemic, elections office staff estimates up to $200,000 in new costs to prepare for November.

The office will offset $175,055 with CARES Act funding provided by the state Department of Elections, and the remaining can be covered within the office's operating budget.

Office staff has requested a carryover of $193,000 to cover other unexpected costs that may arise during the course of conducting the election.

Staff anticipates that the initial absentee ballot mailout on Sept. 18 could exceed 50,000 ballots, with another potential 50,000 to 75,000 requests in the following weeks. In 2016, the initial mailing of ballots was 4,000 and the total number mailed for the election was approximately 17,500.

Staff is estimating a 10-percent turnout increase -- up to 85 percent -- based on voter interest so far.

Richard Keech, deputy director and deputy registrar for Loudoun County Office of Elections and Voter Registration, said during an August regional council meeting that workloads have increased for election officials after a third-party organization — Center for Voter Information — provided potential voters by mail absentee applications for the general election Nov. 3.

The issue was raised during the Aug. 12 Metropolitan Washington Council of Governments Board of Directors meeting as regional officials are calming down voters and sorting a significant amount of mail-in application forms.

Loudoun’s elections office has brought in four additional staff members to help with the increase of mail filled with absentee applications, according to Keech.

“We're getting through it,” Keech said in August. “We really obviously wish that groups that wish to help would consult us before they decide to help, but it does create an extra wrinkle. We've had to bring in a number of people this week just to deal with that and to deal with the phone calls.”

Keech, co-chair of the MWCOG election officials committee, spoke on behalf of the registrars in northern Virginia detailing frustrations for staff and voters.

As part of his report, the co-chair of election officials said Loudoun did not experience its applications going to the wrong address, though eight Virginia jurisdictions did experience that problem.

Keech said the third-party group used the state form, but a quarter of the applications had not been filled out, which led to a “processing nightmare” for staff.

"This, of course, puts voters off because they're very concerned about their private information and that becomes a logistical nightmare for the office because we're not only processing these applications, we're calming down voters all day,” Keech said.

If voters choose to vote in person, staff said all early voting centers and precincts will be supplied with a full array of face coverings, sanitizing wipes, social distancing markers and signage, disinfectant and more to ensure our polling places are as safe as possible. Volunteers from the Loudoun Medical Reserve Corps will be stationed at all early voting sites and polling places to assist with crowd control and best practice implementation.

The local postmaster said he feels confident in the postal service’s ability to deliver ballots, according to elections office staff. He’s also offered to provide special pickup and delivery services for absentee ballots being mailed and received.

Staff also said they are monitoring legislation from the General Assembly during special session.

Keech said the office has already ordered drop boxes in advance. They will be located at the office of elections, early voting sites and potentially county libraries. Pending legislation, voted ballots may also be dropped off at the voting precincts on Election Day.

Based on earlier statements from the county human resources and the governor’s office, approximately 43 percent of the election volunteers could be lost because they are 65 or older. Still, election officials are remaining optimistic and hoping that they will not see a cut in their support during the outbreak.

In the meantime, county officials are encouraging residents to vote absentee and encouraging to apply online.

Vote early in person and remove the post office from the equation.

Correct. There is no reason you can't vote early, it is simple and easy.