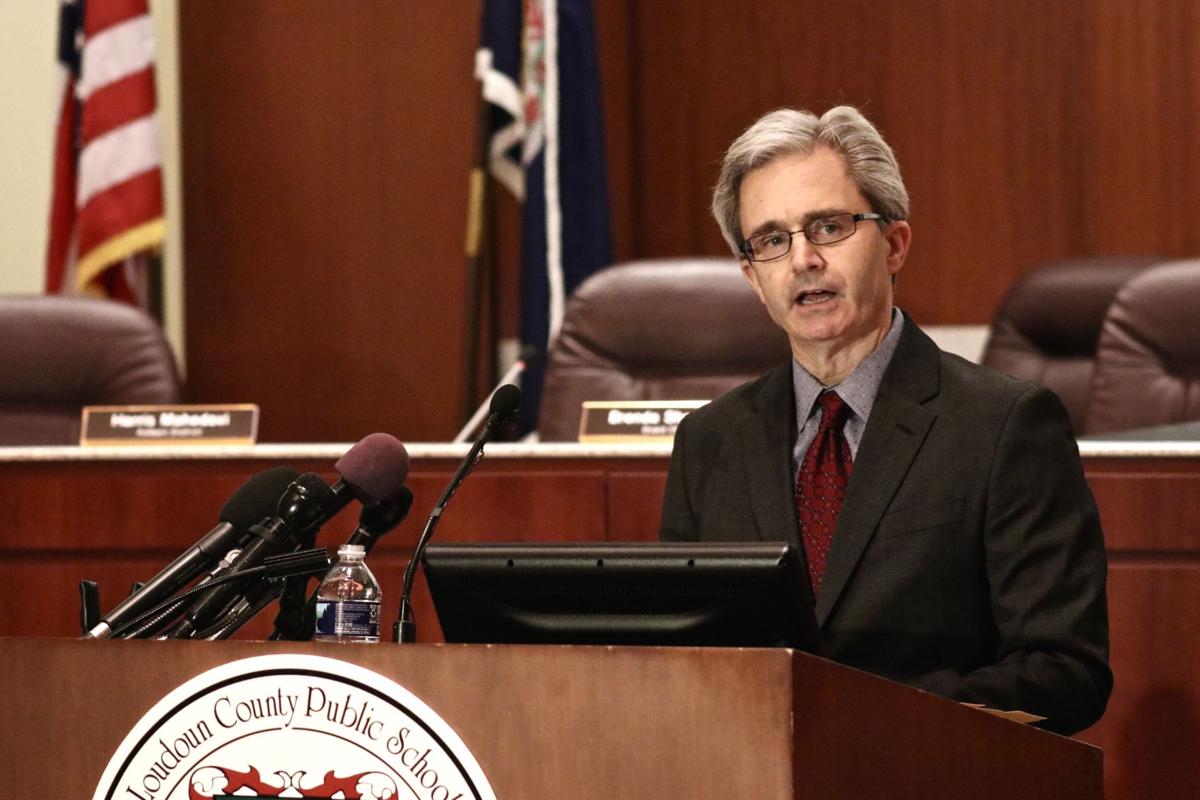 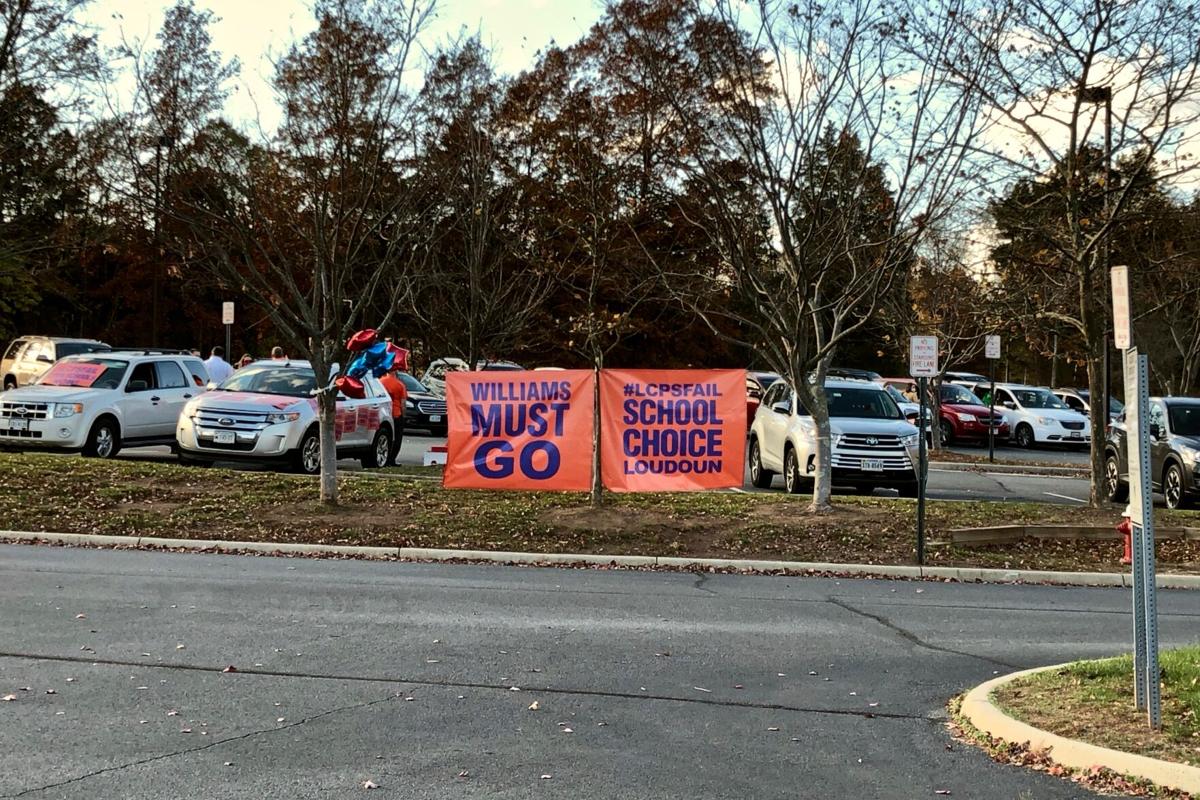 For the fourth Loudoun County School Board meeting in a row, an orange sign reading “Williams Must Go” hung between trees in the parking lot outside the Loudoun County Public Schools administrative building on Tuesday, as part of an assembly of local families petitioning officials for a back-to-school plan.

Unlike previous rallies, however, this week’s came on the heels of unexpected news regarding Superintendent Eric Williams: He has been named the sole finalist for the superintendent role in the Clear Creek Independent School District in the Houston metropolitan area, which school system officials announced Monday evening.

Eight months after LCPS ceased full-time in-person learning due to the worsening COVID-19 health crisis, many parents continue to roundly criticize Williams for his and the School Board’s perceived lack of sufficient progress in developing a plan to return students to an in-person classroom setting.

“We’ve lowered the bar so much that we consider a successful learning day being able to keep our 5-year-olds in front of a screen for three hours, and not the fact that they’re actually learning anything,” local parent Jonathan Buckley told the Times-Mirror in September.

Buckley — who is one of the organizers responsible for the “Honk for Back-to-School” protests outside the last four School Board meetings — was among the dozens of public commenters at Tuesday’s meeting, many of whom fired shots at Williams after his announced departure.

“My child is failing miserably because she’s stuck on the computer at home with no help. I now find out that you … have taken a new job in another county. What have you been doing for the last six months? Nothing,” Monica Hassen said from the podium, her eyes locked on the superintendent. “To the board, I hope that you know that he has thrown you under the bus.”

“Now is the perfect time to get something better than him,” Mike Biron added a few minutes later, pointing to Williams. “Someone that knows what they’re doing, somebody that has a plan. He does not have a plan. He hasn’t had a plan for nine months.”

Currently, LCPS is providing part-time in-person learning for students in grade 2 or lower, as well as select students with disabilities, English-learning students, preschoolers and students at the Academies of Loudoun’s Monroe Advanced Technical Academy. All LCPS families may have their children continue 100 percent distance learning if so desired.

Later in the evening, the School Board approved a plan to begin hybrid learning for grades 3 through 5 on Dec. 1, while middle- and high-schoolers will enter a hybrid model Jan. 21. Per Ian Serotkin’s (Blue Ridge District) base motion, the board will also direct LCPS staff to — if necessary — design classroom layouts for the spring semester to include six feet of space between the center of adjacent desks.

Several speakers Tuesday noted that various school systems around the country, including CCISD — which, with roughly 42,000 students, is about half the size of LCPS — have progressed to full-time in-person learning. Unlike Virginia, Texas has ordered its schools to provide daily, on-campus learning opportunities, according to CNN.

A small number of school systems in the commonwealth, such as those in Frederick and Spotsylvania counties — which are both less than a third the size of LCPS at approximately 16,000 and 24,000 students, respectively — have offered hybrid in-person plans for all students as early as September, WUSA9 reports.

“The good news is, for Dr. Williams, you won’t be getting letters like this at your new school district where they have a 100 percent in-school option,” former School Board member Debbie Rose said after reading the words of an unnamed student claiming to consider suicide due to the isolated nature of virtual learning.

After nearly an hour and a half of public comment, Williams addressed the news of his planned departure from LCPS for the first time. Williams said he himself did not release a quote Monday “in order to keep the focus on LCPS and its needs,” and to avoid “coming across as presumptuous in terms of the requirement in Texas that a sole finalist be announced three weeks before an official vote.”

“I am grateful for my tenure as superintendent of Loudoun County Public Schools. We have an amazing staff in Loudoun County, as well as students, parents and a broader community that supports and values education. It has been an honor to serve here,” Williams said before apologizing to community members who would have wished to receive a statement directly from him regarding his move to CCISD.

“I also want to acknowledge that diverse opinions exist within the community regarding the timing of implementation of the hybrid model in stages,” he added in response to parents and students openly frustrated with back-to-school plans at LCPS. “We understand the strength with which opinions are held, given the importance of education.”

As of earlier this year, Williams earns an annual base salary of $306,204 in LCPS, as well as $30,000 a year in deferred compensation, $12,000 a year in car allowance and $5,300 for supplemental life insurance. School system officials confirmed Tuesday that Williams also accepted a $20,000 longevity bonus this summer, having worked for LCPS since July 2014.

No start date has been announced for Williams’s forthcoming Texas job.

Tuesday’s Loudoun County School Board meeting is available to view in full at vimeo.com/477565608.

It would be nice if the School Board Representatives would respond to emails, or on their Facebook pages. This is especially true of Ms. Corbo and Mr. Mahadevi who refuse to acknowledge any constituent input.

good riddance to this ineffective leftist....condolences to his next victims.

Now the school board A$$hats!