$4.99 for 7 days
Get Started
You are the owner of this article.
Edit Article Add New Article
You have permission to edit this article.
Edit
Home
News
Opinion
Sports
Business
Entertainment
Best of Loudoun
ePages
Special Sections
Obituaries
Jobs
Classifieds

Algonkian Supervisor Juli Briskman (D) said in a Tuesday letter to the school board that she supports Loudoun County Public Schools’ effort to implement equitable policies for students, staff members and their families.

“I want to make it equally clear that affirming and supporting students should not be controversial,” Briskman said of the School Board’s reaffirmation of its 2019 Equity Resolution.

“Despite this, instituting equitable policies, encouraging tolerance, and changing attitudes is a considerable challenge," she said. “Being on the right side of history isn’t always easy.”

Briskman spoke out to bring awareness to the county’s "ugly history of discriminating against students of color,” including the “massive resistance” to school integration and the long-term impact of discriminatory policies, according to the release.

Last November, The Office of the Virginia Attorney General’s Division of Human Rights determined that the school system had a discriminatory impact on Black/African American and Latinx/Hispanic students who applied to the Academies of Loudoun in 2018.

The school system was requested to engage in a post-determination conciliation process to resolve the matter, according to a 61-page determination signed on Nov. 18 by Virginia Attorney General Mark Herring (D).

On June 1, the School Board hosted a workshop called “A Path Forward Together” focusing on the school system’s equity work into staff training, instruction, hiring and student outreach with overall student and racial populations growing over the past 25 years. 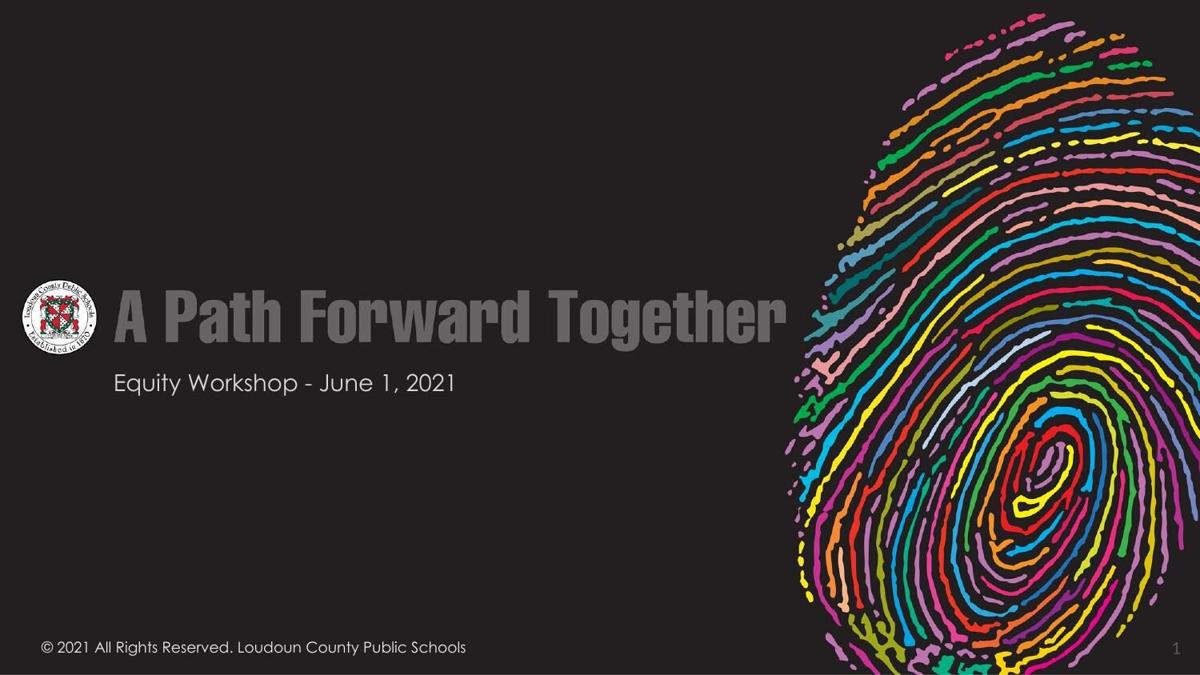 Despite efforts from the division, school site staff, specifically principals and teachers, indicated a low level of racial consciousness and racial literacy, according to the school system’s Equity Assessment 2019.

Economic diversity across the county and division complicates the discussions about race, leading many people to steer the conversation away from race to focus on poverty, the assessment states.

“LCPS is committed to providing a safe, empathetic, respectful and supportive learning environment in order to empower every student to make meaningful contributions to the world," the school system’s equity statement reads. “When students and staff experience racial insults, slurs, and/or other hate speech, we lack the positive culture and climate that supports students’ growth.”

The school system created a webpage of content dedicated to its equity work at lcps.org/equityoverview