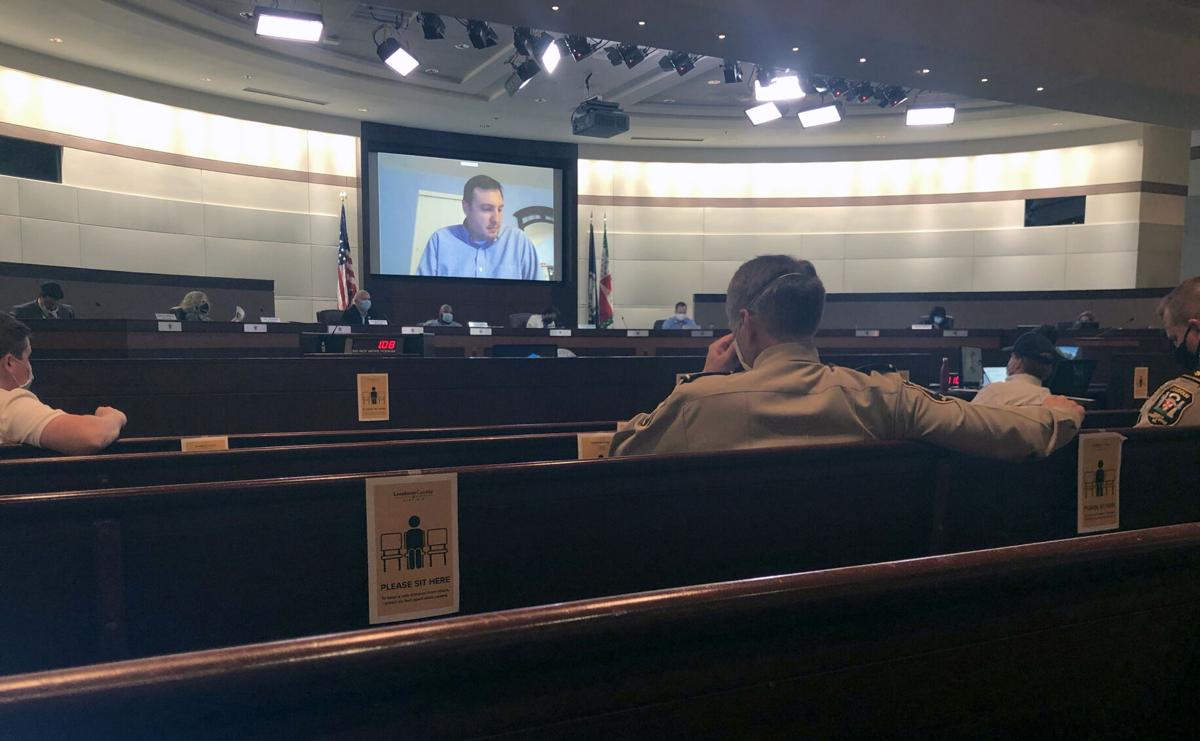 Loudoun County Sheriff Mike Chapman (R) watches the Board of Supervisors deliberate on July 21 over studying changing the county’s form of government. 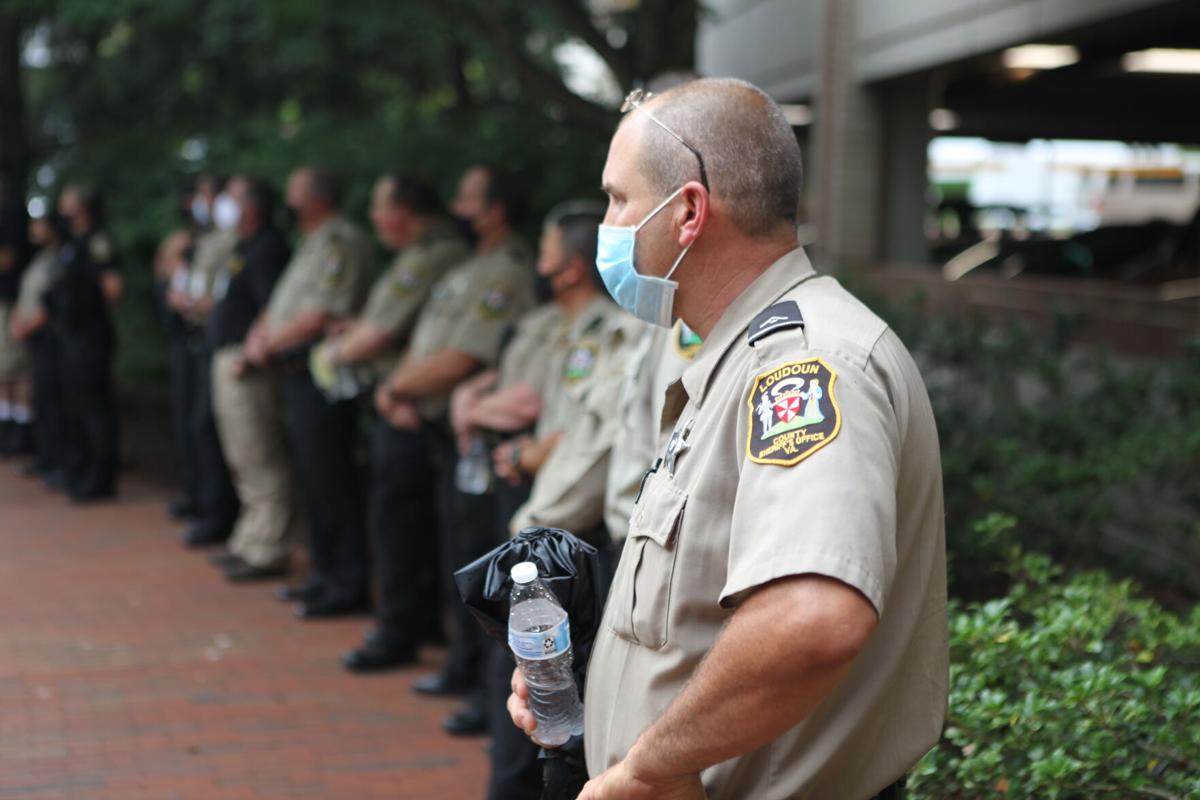 Loudoun County Sheriff Mike Chapman (R) watches the Board of Supervisors deliberate on July 21 over studying changing the county’s form of government.

The Loudoun County Board of Supervisors is backing legislative efforts that would require localities in Virginia to establish law-enforcement civilian review boards.

The legislation, which has been passed in the House of Delegates, is aimed at enhancing the accountability and transparency of local law enforcement agencies using guidelines developed by the Department of Criminal Justice Services.

“I think everybody here would agree we have a lot of really good law enforcement officers in this county, and whatever position the board takes, I know that we will acknowledge that,” Umstattd said.

Under Democratic Del. Charniele Herring’s bill, HB 5055, localities can determine the duties of the civilian review board examining law enforcement agencies, which include sheriff’s offices, according to county staff. Those duties can be authorized by the county and include different investigative powers.

The bill would also allow the civilian review boards to have subpoena power and the ability to retain council paid for by the locality. Any person subpoenaed may apply to the court to quash it.

“I do not like the fact that it would be another unfunded mandate at a time when I believe the state continues to cut the 599 forms to law enforcement and are not offering to pay for any of this,” Umstattd said. “So, I am on the edge on this one. I understand the arguments for it. I don’t think our officers have shown a need for it.”

Buffington said he is concerned that a review board would be filled with anti-police voices. He also said review board members should have to complete law enforcement investigative training if they are going to be authorized to conduct investigations.

Supervisors would be responsible for selecting members of the review board.

Kershner said, “I think oversight in terms of making recommendations, things like that are helpful, certainly — it may even provide some accountability. But beyond that you really open up Pandora’s box and you create a lot of danger.”

Letourneau, who is also a member of the Board of Directors for the Washington Metropolitan Area Transit Authority (Metro), said similar conversations about review boards are being had about Metro Transit Police. While he is in favor of localities having the ability to set up review boards, he’s concerned with how Virginia lawmakers say it should operate.

“I don’t think it’s coming from a matter of trying to hide anything, but we’ve just got to be very careful on how these are put together and the way that this General Assembly session is going and the speed at which it’s going in,” Letourneau said. “I don’t have a great deal of confidence that all of those considerations are being made.”

As currently written, county staff said, the legislation does not include provisions that outline an enforcement mechanism or remedy should law enforcement (sheriff’s offices or police departments) choose not to participate per the code language.

If directed by the board, the board’s legislative team would work to add an amendment to the bill that outlines an enforcement mechanism by the state for compliance by law enforcement.

County staff said the commonwealth’s attorney has expressed support for the legislation, while the Loudoun County Sheriff’s Office has expressed opposition.

Chairwoman Phyllis Randall (D-At Large) said many supervisors are considering the civilian review board “as a negative thing.” She recommended supervisors craft a review board that is supportive of law enforcement.

“We’ve gotten to this notion that it has to be negative or it has to be punitive,” Randall said. “I see it just the opposite. I think it should be supportive. So, I’m actually going to support this.”

Supervisors opposed legislation for automatic expungement of criminal records and dismissal of criminal charges on the commonwealth’s motion with a vote of 8-1 each. Supervisor Juli Briskman (D-Algonkian) opposed both votes.

The board also voted 8-1 to support legislation requiring law enforcement officers to render aid to people suffering from bodily injury or a life-threatening injury and to report wrongdoings by another officer.

Kershner opposed the legislation, and county staff said the Loudoun County Sheriff’s Office already requires this by its deputies.