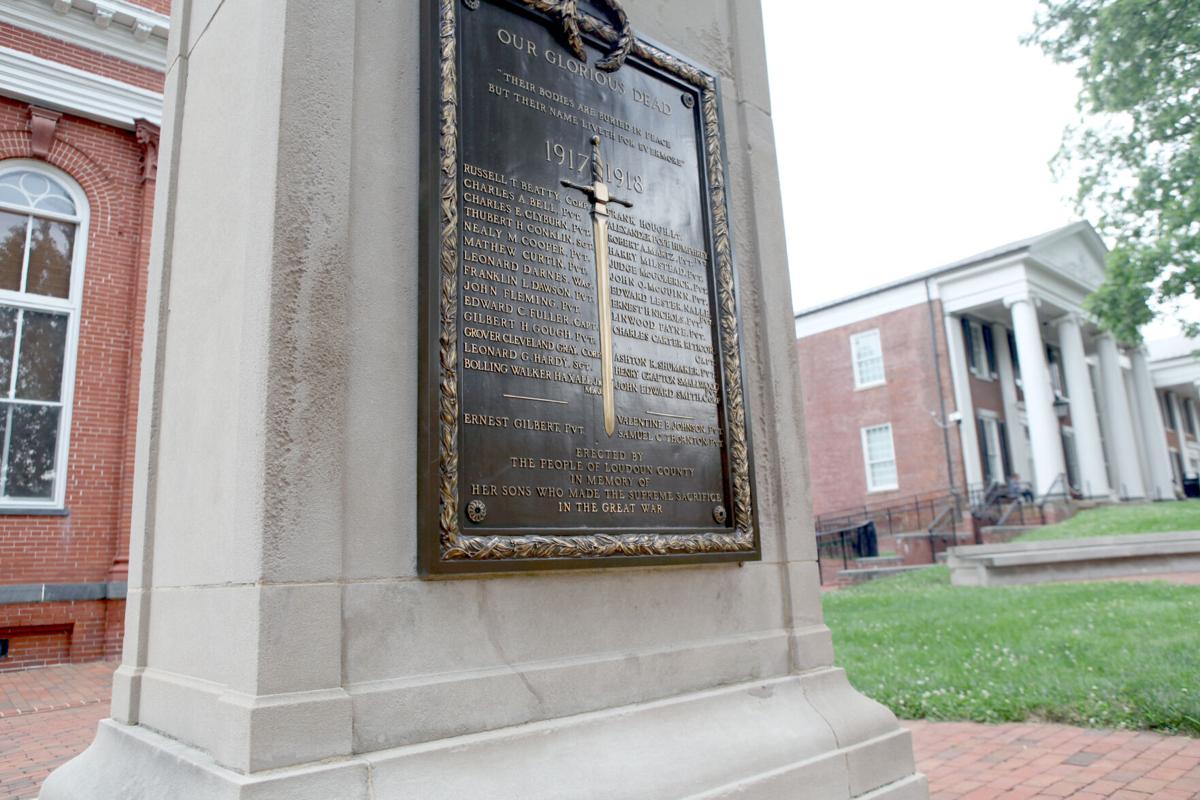 The World War I memorial plaque on the grounds of the Loudoun County Courthouse in Leesburg. 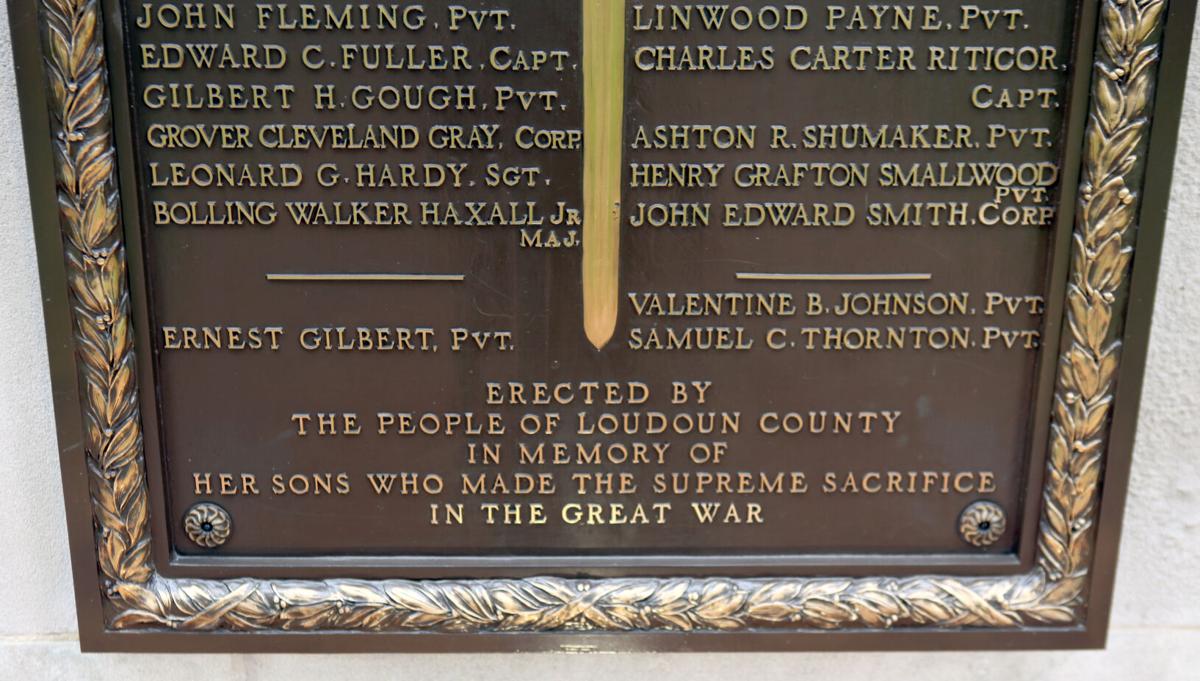 A closer look at the World War I monument on the Loudoun County Courthouse grounds shows the names of Black fallen service members divided from white service members. 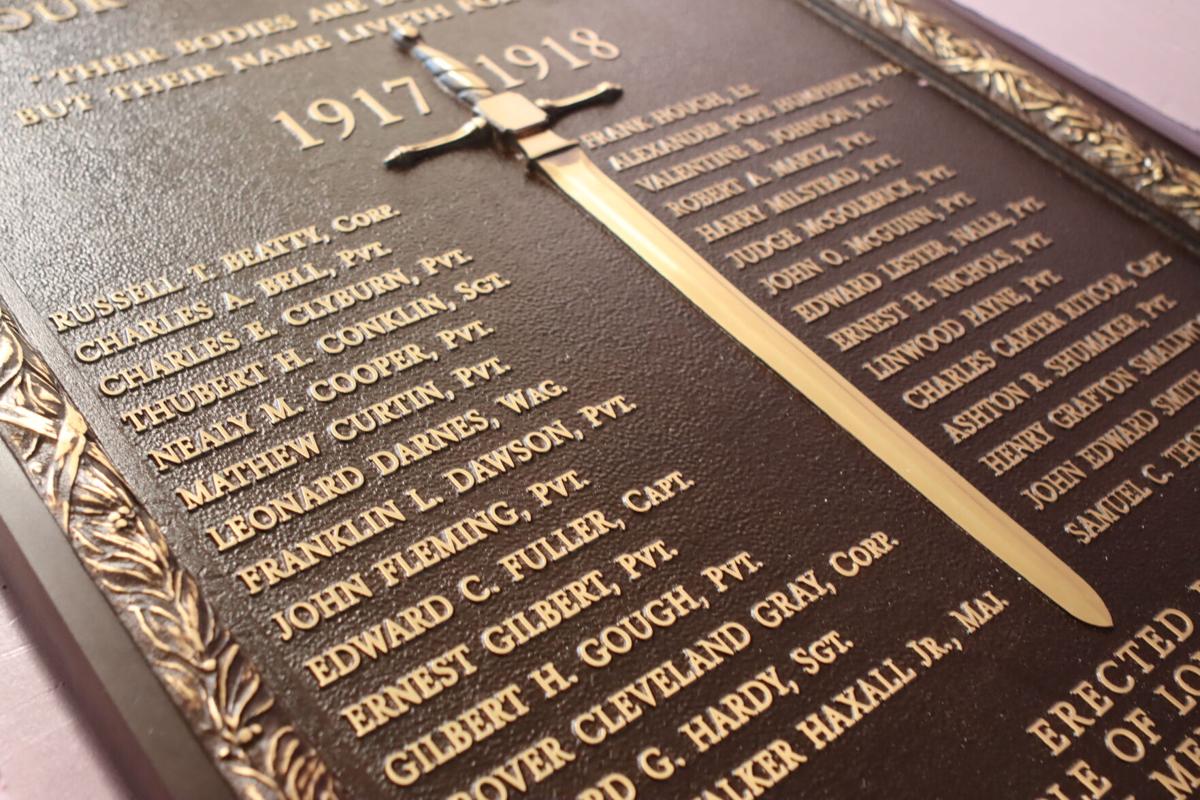 The new, updated World War I plaque which will be placed on the Loudoun County Courthouse Grounds on Nov. 11. 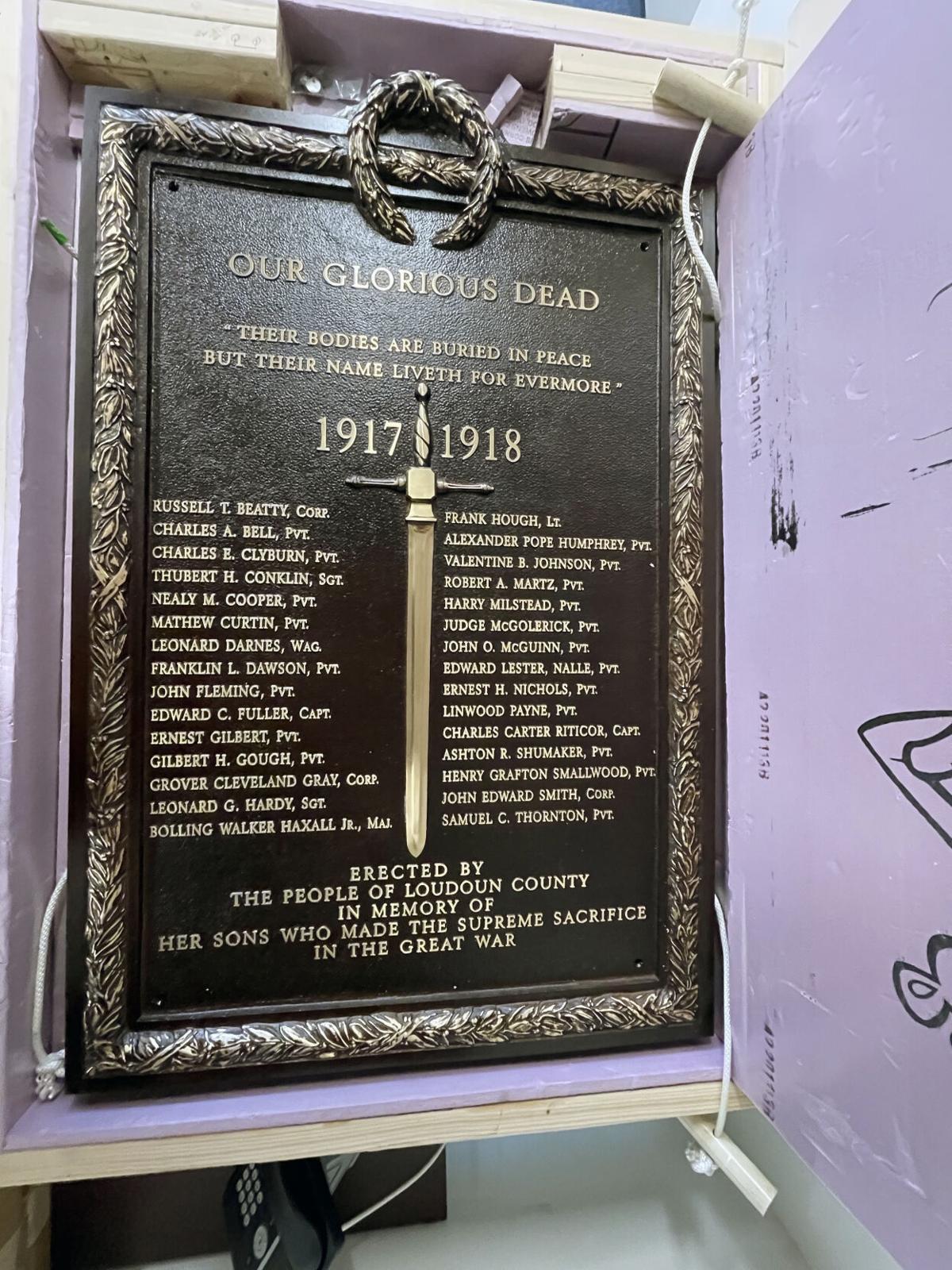 The new World War I plaque which will be placed on the Loudoun County Courthouse Grounds on Nov. 11.

The World War I memorial plaque on the grounds of the Loudoun County Courthouse in Leesburg.

The new World War I plaque which will be placed on the Loudoun County Courthouse Grounds on Nov. 11.

The World War I memorial plaque in Leesburg, which racially segregated the names of 30 black and white service members, will be replaced with an updated version Thursday on Veterans Day, according to Loudoun County officials.

As previously reported, the Loudoun County Board of Supervisors voted to move forward with the replacement of the plaque located on the courthouse grounds.

Loudoun County Supervisor Mike Turner (D-Ashburn), who authored the initiative, said the project is one of many across the country that is “substantive and meaningful” and “long overdue.” Turner received support from the veterans community, including the Loudoun County VFW Post 1177, the American Legion Post 34 and Loudoun County Foreign War Memorial Trust Fund Advisory Committee last year.

“It is a fact that the World War I Memorial plaque had evidence of segregation and had segregated names on it — that’s a fact and it’s wrong — and everybody that has come in contact with this project, [including] the American Legion, first and foremost, they were appalled that was segregated,” he said. “People just didn’t know it. So as soon as they became aware of it within the modern context, they realized this is wrong, and it needs to be corrected. That’s really what’s going on in this country right now.”

Funds for the replacement plaque came from veterans groups, and has been collected by the county into the War Memorial Trust Fund launched in 1986, county staff told the Times-Mirror.

The bronze plaque on the Loudoun County World War I Memorial stood in the heart of Leesburg for nearly 100 years. Located on the county courthouse grounds, the plaque listed the names of 30 service members from Loudoun who died during the war. Segregated by two engraved lines, on top are the names of 27 white service members, and below are those three Black service members.

Ahead of the rededication ceremony on Veterans Day, the plaque was removed and covered with a print out of the new version which will take its place.

“I’m looking forward to it,” Thornton said. “I think it’s admirable that [Turner] took the extra steps to make this happen.”

Johnson, who has been working on his family tree for a number of years, said it was sad when he learned about the plaque’s listing, but not surprised, given the nation’s history of segregation.

He said he believes the attendance of descendants of those veterans will provide a tangible connection at the ceremony.

“Me being a descendant of Valentine Johnson shows that this is real, [and] that the racism that we had is not too far removed,” Johnson said.

Loudoun County and other localities across Virginia were given the authority by state lawmakers to “remove, relocate or contextualize” war memorials in this year’s General Assembly session. The law went into effect in July 2020.

Since that time, the Confederate monument in Leesburg, which stood on the courthouse grounds since 1908, was removed. The statue was claimed by its owner, the Loudoun Chapter of the United Daughters of the Confederacy, after the board signaled its intent to remove the monument.

Recently, the joint committee of the Loudoun County School Board and Board of Supervisors is considering its next step in studying the operation of segregated schools and the sale of the Douglass School property.

In September, the board voted to approve a short list of recommended roadway names for Route 7 and Route 50, known as Harry Byrd Highway and John Mosby Highway, respectively.

Route 7 extends across the entire county and connects with Clarke County to the west and Fairfax County to the east. Harry F. Byrd Sr. was the governor of Virginia from 1926 to 1930 and a U.S. senator from 1933 to 1965. A proponent of Virginia’s highway system, he was an opponent of school desegregation. The State Highway Commission named Route 7 in memory of Harry Byrd on November 21, 1968.

Further, Briskman brought an initiative forward to review the inventory of confederate and segregationist symbols.

The rededication ceremony of the World War I plaque will take place on the Loudoun County Courthouse Grounds at 5:30 p.m.

Their military unit was most likely all black I bet they went to black churches and they are probably in a black cemetery this is pure evil by Turner and Randall and tears us apart. The sooner they are gone the sooner the healing of our county can begin!