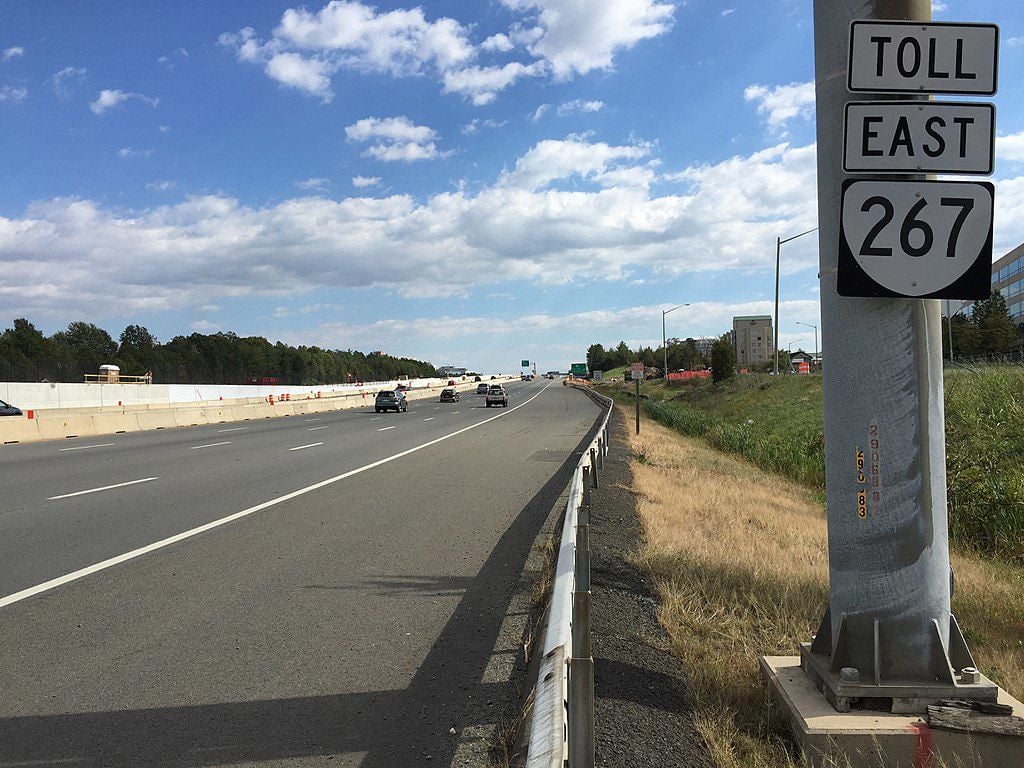 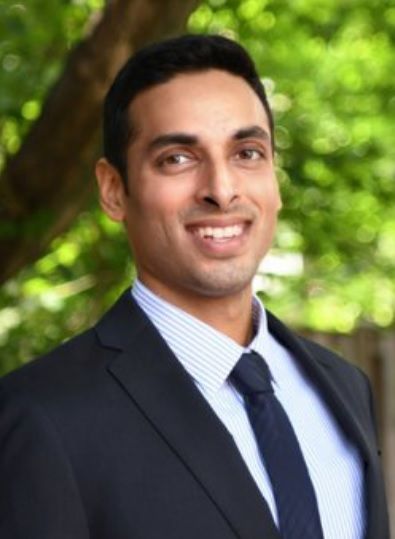 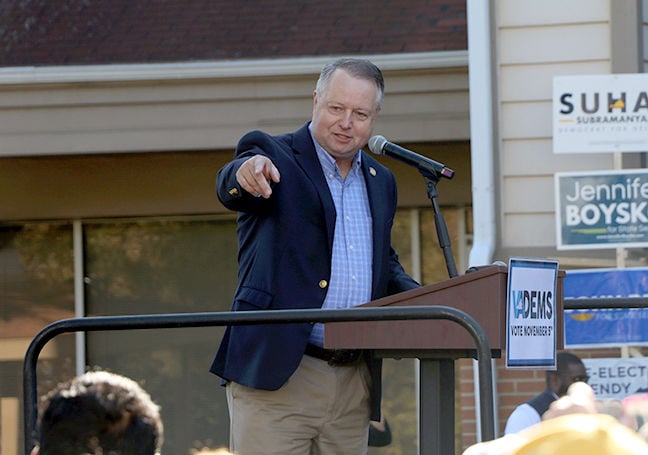 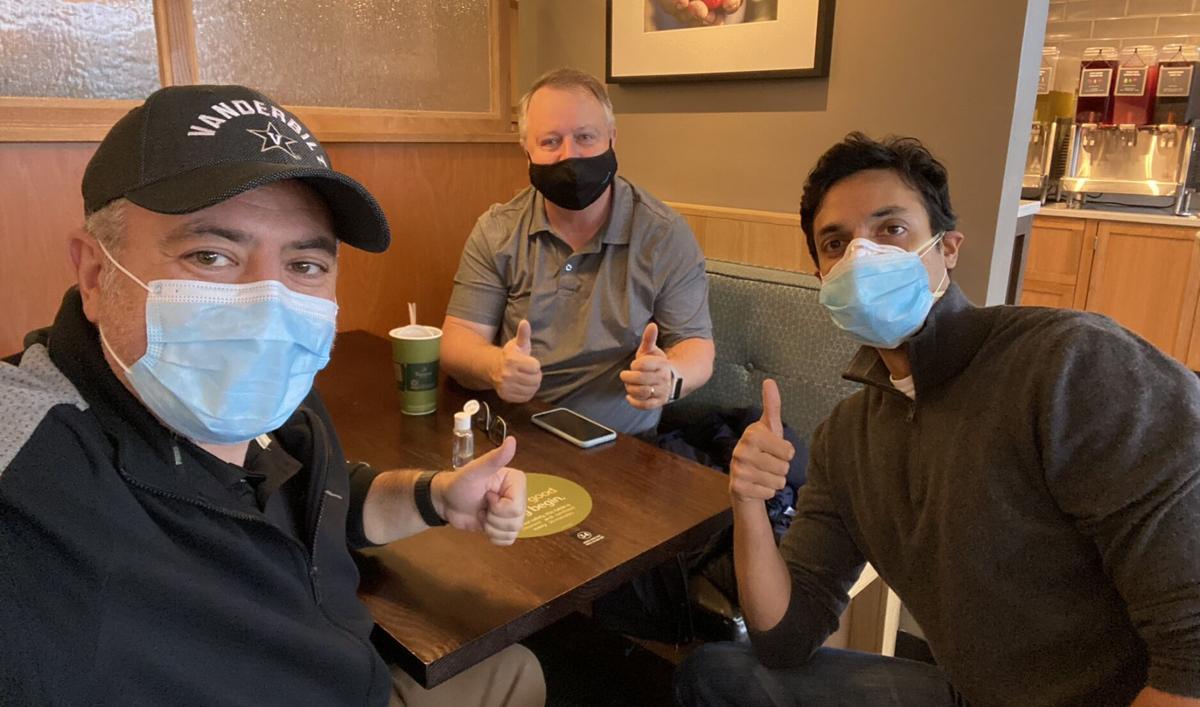 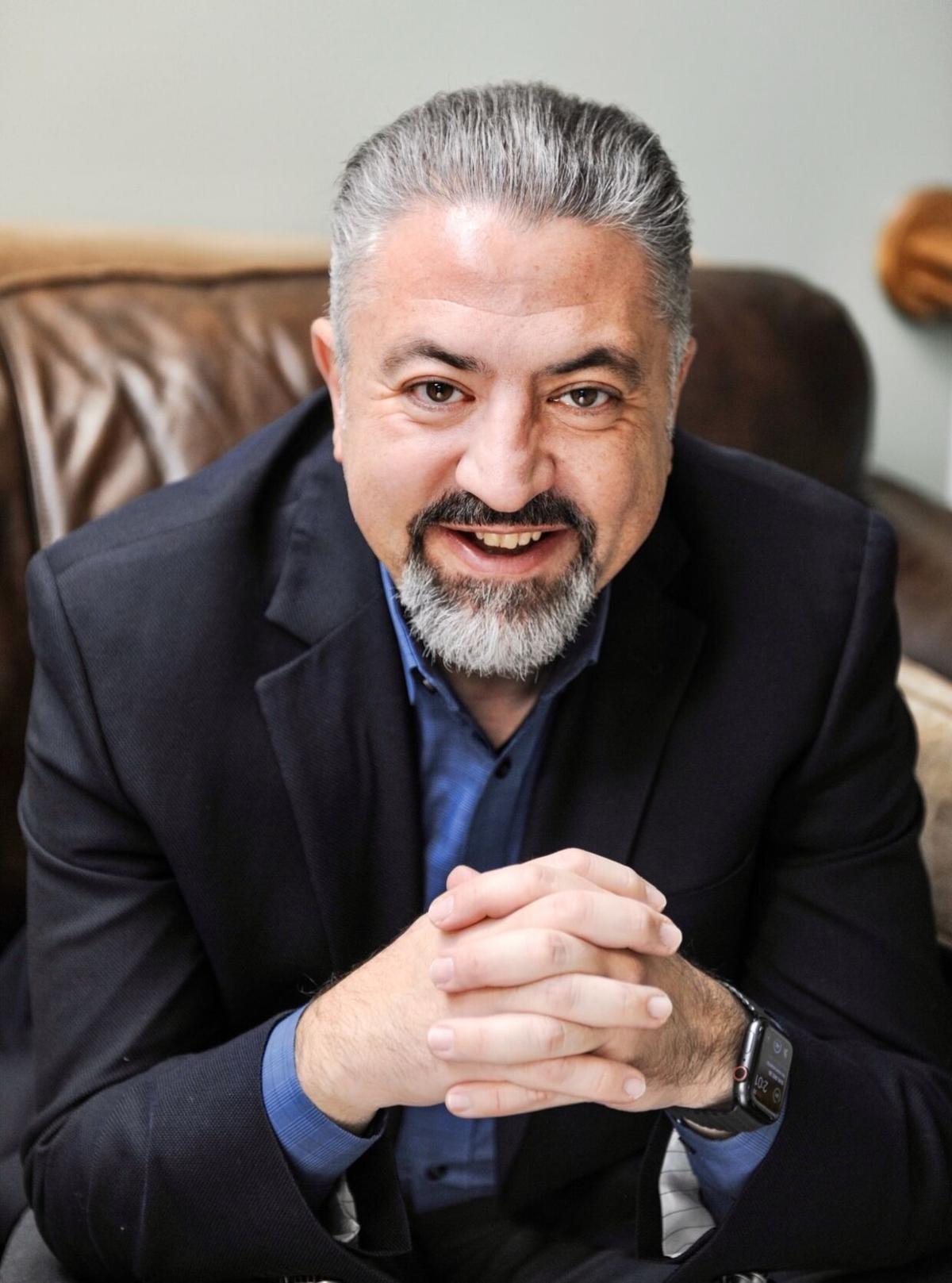 Armed with a new bill, Virginia state lawmakers and local leaders are proposing new measures to strengthen the powers and duties of the Virginia State Corporation Commission (SCC) and to address concerns about rising toll rates on the 14-mile Dulles Greenway.

The first step is introducing legislation in the General Assembly that would amend how the Greenway is regulated. The applicable provisions are Virginia Codes 56-539 and 56-542.

If the bill were to pass, it would protect Greenway users by increasing certain financial security requirements for the private highway’s operator and enhancing public protections in toll rate cases before the SCC.

“Enough is enough. Toll prices are at record highs on the Greenway, and there has been very little transparency and accountability to justify the burden on Loudoun families,” Del. Suhas Subramanyam (D-87th) told the Times-Mirror. “This has to end, and it starts with this legislation that enjoys broad support from the Board of Supervisors, the business community, and working families across Northern Virginia.”

Subramanyam said the legislation will help to protect “working families and small businesses across Northern Virginia from high tolls, especially during this global crisis.”

Subramanyam said the bill, which has bipartisan support, also solves issues with the operator putting additional debt on the road.

Two of Subramanyam’s predecessors in the 87th District, former Republican Del. David Ramadan and state Sen. John Bell (D-13th), have been supportive of finding a resolution to the toll issue. Bell said he plans to carry the bill in the Senate.

“I’m proud that the Loudoun delegation and Loudoun Board of Supervisors have been able to come together to find a legislative solution that will create a transparent process for future toll rate hikes on the Dulles Greenway,” Bell said.

“I’ve been focused on this issue since I was elected to the House of Delegates and have continued the work in the Senate, and I believe we have found the solution that will move us in the right direction.”

“This is a bipartisan victory that will benefit Loudoun County residents and commuters,” he said.

How the bill impacts the Greenway

The bill would create several measures should Toll Road Investors Partnership II, or TRIP II, choose to modify or transfer operations of the toll road.

For any changes to the certificate of authority to operate the Greenway, TRIP II or a new operator would have to share its financial plan to operate the roadway and provide evidence of its creditworthiness, such as a minimum bond rating of at least “BBB-”.

Getting approval from the SCC to refinance existing debt would require the operator to have the financial capability to pay off the debt incurred in the refinancing over the term of the loan.

Any proposed toll rates must be reasonable to the users in relation to the benefit obtained, not materially discourage use of the roadway, and provide the operator no more than a reasonable rate of return, the bill reads.

If any toll rates fail to satisfy these criteria, they would be considered as not in the public interest and may not be approved by the SCC.

The Dulles Greenway bill also requires that analyses submitted in support of an application to increase toll rates must include reasonable projections of anticipated traffic levels, including the impact of expected social and economic conditions among drivers.

The Virginia Department of Transportation (VDOT) must independently review the traffic-related analyses submitted by the applicant, the bill reads, and the SCC would be precluded from approving any increase unless VDOT concludes that the proposed toll rates are reasonable to the user in relation to the benefit obtained and will not materially discourage use of the roadway.

The commission would not be allowed to approve more than one year of toll increases in a single proceeding.Background

The rising costs for the toll road have led to roadway congestion around Loudoun County. The toll road is the only highway in the state owned and operated by a private company under the Virginia Highway Corporation Act of 1988.

A year ago, Virginia’s House Labor and Commerce Committee killed a bill introduced by Subramanyam aimed at addressing toll price concerns on the Dulles Greenway. The proposal would have added criteria to how the State Corporation Commission reviews rate increases on the toll road.

Del. Dave LaRock (R-33rd), who worked with Subramanyam on the measure, was critical of the Loudoun delegation for not uniting behind the measure.

The current tolls for a two-axle vehicle are $5.80 during peak periods and $4.75 during off-peak periods on the 14-mile roadway between Washington Dulles International Airport and Leesburg, according to the SCC.

In October, an SCC hearing examiner’s report was completed following an extensive hearing on a proposed toll rate increase for the Dulles Greenway.

TRIP II was seeking a 6 to 6.8 percent toll rate increase each year over the next five years, equating to annual increases that would result in the maximum tolls by Jan. 1, 2025, of $7.90 for peak traffic and $6.15 for off-peak and weekend traffic.

The examiner’s report recommended no increases to peak tolls but supported off-peak toll increases for the next three years.

The toll road has been in operation since 1995.

What is TRIP II saying?

The proposed toll increase would allow TRIP II to continue to provide a safer, more efficient, and well-maintained alternative travel route for drivers, according to TRIP’s application to the SCC.

“TRIP II continues to stand behind the evidence presented in its application before the State Corporation Commission and maintains that there is ample evidence to show that the proposed tolls are reasonable and meet the regulatory criteria set out in the [Virginia Highway Corporation] Act,” Hamilton said in a prepared statement. “This is the case even when factoring in the most extreme impacts of COVID-19.”

She added, “Over the past 10 months, the Greenway has continued to experience good ridership, demonstrating the positive benefit of the roadway to its users and the pivotal role the roadway plays and will continue to play, in optimizing the regional transportation network. We look forward to hearing the Commission’s decision.”

What are supporters of the bill saying?

Loudoun County residents and leaders have expressed their frustrations with the high tolls and have urged state lawmakers for years to push legislation forward that would limit toll increases.

Lawmakers are receiving support from local groups and leaders, including former state Del. Ramadan — who investigated the toll road in 2013 — and members of the Loudoun County Board of Supervisors, including Supervisor Matt Letourneau (R-Dulles) and Chairwoman Phyllis Randall (D-At Large).

Del. David Reid (D-32nd) said, “This solution provides the framework for a resolution to reduce the burden of tolls on the families of Loudoun County.”

Former Del. David Ramadan: “Dulles Greenway toll rates are literally highway robbery. During my time in the General Assembly, I personally invested a great deal of time and effort to challenge the Greenway’s toll increases, and I drafted legislation that would fix the regulatory process to give Loudoun residents a fair chance. That legislation is the backbone of the bill being introduced in the 2021 session. I very much appreciate the leadership of Senator Bell and Delegate Subramanyam along with the willingness of the rest of the Loudoun delegation to pick up this effort and work closely with the county on this important issue. I look forward to doing everything I can with my former General Assembly colleagues to help get this bill passed.”

Chairwoman Phyllis Randall: “The Loudoun Board of Supervisors has consistently and unanimously supported legislation that protects our citizens from the unfair and egregious toll increases on the Dulles Greenway. We continue to support increased accountability and additional regulations that do not allow TRIP II to circumvent fairness at the expense of Loudoun commuters. I am pleased that our board supported the legislative language in the Virginia General Assembly, and I will continue to work with my elected colleagues in both bodies to ensure its passage.”

Supervisor Matt Letourneau: “Bringing relief to Dulles Greenway drivers has always been one of my top priorities. The Board of Supervisors’ legal efforts to challenge Greenway toll increases have yielded encouraging developments with the State Corporation Commission for the first time. The next step is to help define the process for future toll rate cases with common-sense regulations that create a more level playing field. While it has been difficult to get traction in the General Assembly in the past, I am very pleased that our Loudoun delegation, led by Senator Bell and Delegate Subramanyam, are now unified with the county on legislative language and an approach to benefit our residents. The county will be heavily engaged and working closely with them during this year’s session to gain passage of this bill.”

Leaders will discuss the legislation Monday during a Facebook Live call beginning at 11 a.m. Both parties said they are unsure exactly when the SCC will make its determination regarding TRIP II’s request to increase tolls.

Lawmakers will be in a time crunch with the General Assembly’s session starting Wednesday and lasting for 30 days. Republicans exercised procedural methods to limit the 2021 session after the 2020 session lasted 65 days and the special session spanned to 84 days.