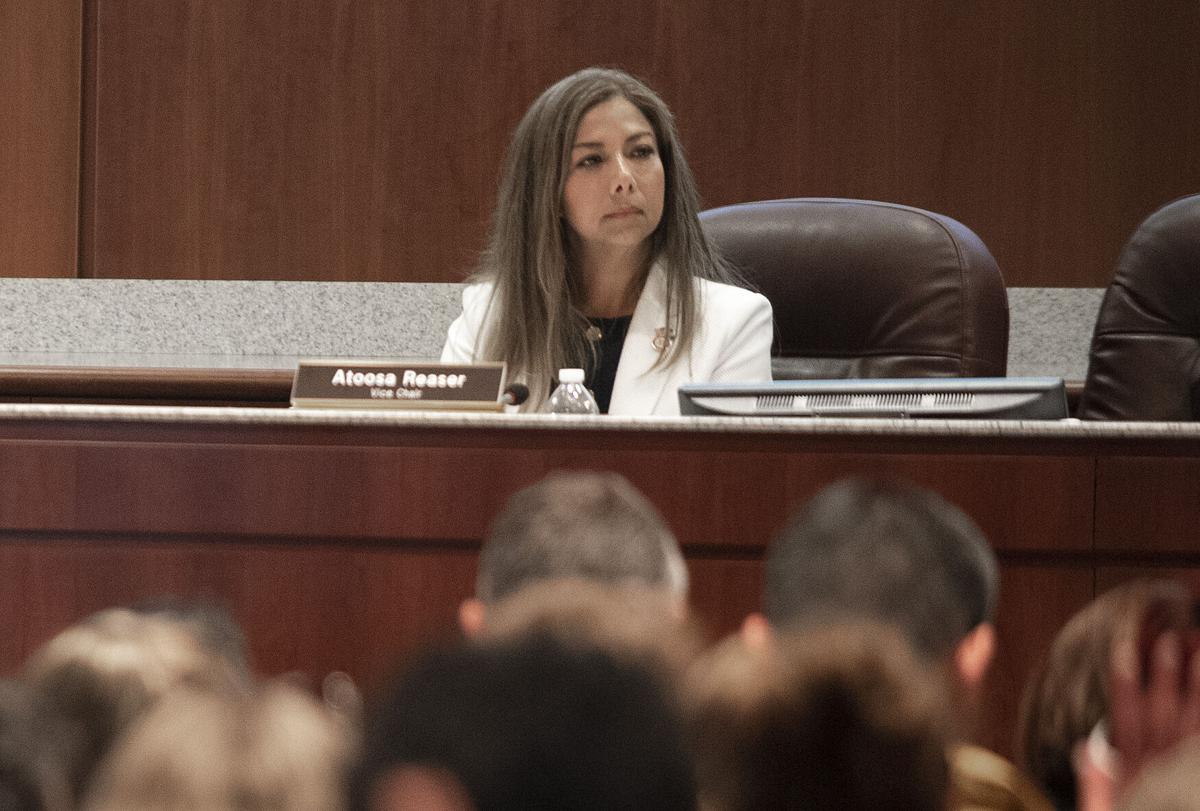 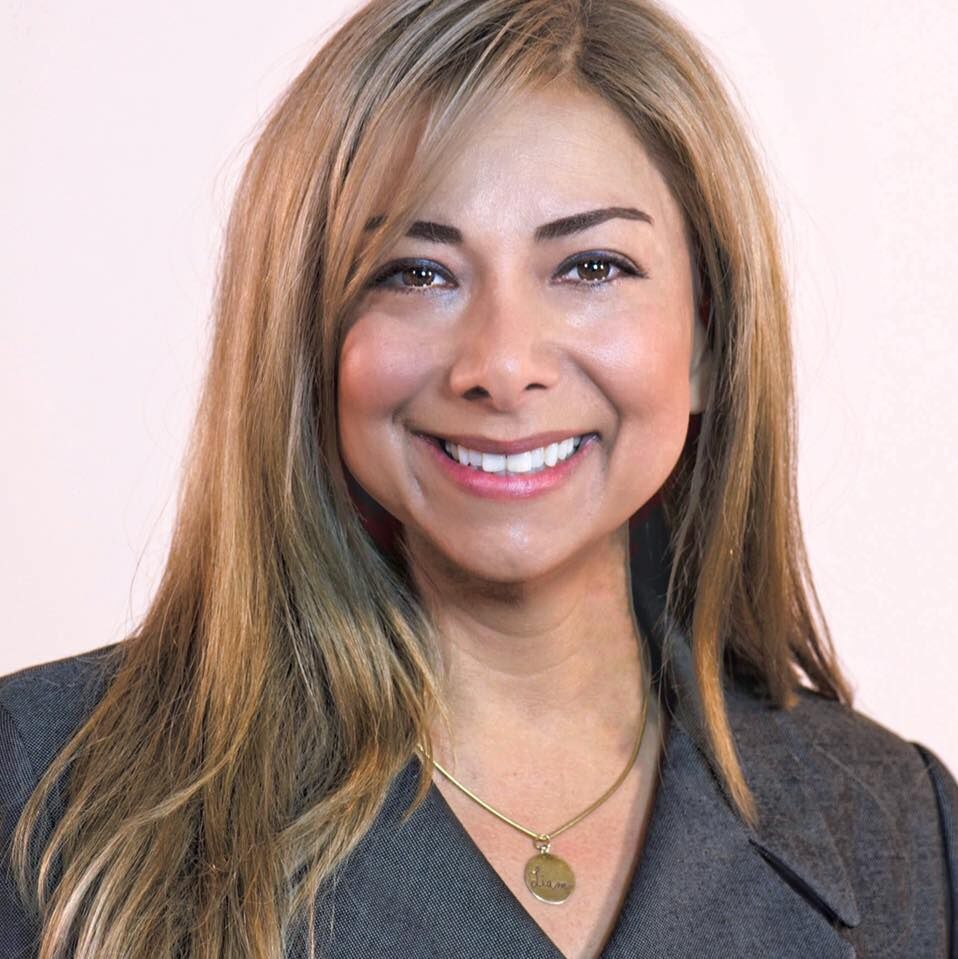 This story has been updated to include remarks from Vice Chair Attosa Reaser (Algonkian District) and Ian Prior, executive director of Fight for Schools.

A group of Loudoun residents seeking the ouster of five school board members filed a petition with the Loudoun County Circuit Court on Thursday to have Vice Chair Atoosa Reaser of the Algonkian District removed from office.

The Washington Post was first to report the filing.

It is the second petition filed in the past two weeks by Fight for Schools, the organization behind the effort. The previous petition was to remove Chair Brenda Sheridan of the Sterling District for what they said was “neglect of duty, misuse of office and incompetence in the performance of her duties,” according to court records.

The petition to recall Reaser received at least 1,859 signatures, according to a Nov. 9 email to the Times-Mirror.

“I was chosen by the voters of the Algonkian District to represent them on the Loudoun County School Board for four years,” Reaser said in an email to the Times-Mirror. “Unfortunately, a small fraction of residents have filed a petition to silence their voices.”

Reaser said the matter is not about removing one elected official, but to take away the rights of “thousands of citizens” who chose her as their representative using a process that is intended to remove elected officials for neglect of duty, misuse of office, conviction of certain crimes, or incompetence in the performance of duties.

“None of which are remotely applicable to me,” Reaser said.

“Our democracy is at stake, as is the well-being of thousands Loudoun County Public Schools families,” she said. “I look forward to fighting for them and the voters who chose me, while serving out the rest of my term. My commitment to my community is stronger than ever.”

As previously reported, Fight for Schools is also seeking the removal of Ian Serotkin of the Blue Ridge District and At-Large member Denise Corbo.

The Loudoun County Democratic Committee (LCDC) described the efforts as a “campaign of lies” in a Nov. 20 release, adding that school board members have been threatened and harassed.

“Chair Sheridan and Vice Chair Reaser received a clear mandate from the citizens of Loudoun County with their electoral victories two years ago,” said LCDC Chair Lissa Savaglio. “These recall petitions aren’t worth the paper they’re printed on. We expect these efforts to fail.”

Ian Prior, executive director of Fight for Schools, said Reaser has been part of a team that has overseen and contributed to a breakdown of trust between the community and the School Board.

The filing includes allegations that Reaser routinely limited the First Amendment rights of speakers, did not leave The Anti-Racist Parents of Loudoun County private Facebook group, and had general knowledge of the May 28 teen assault case and the teenager’s transfer to a different school while awaiting trial where he committed an assault on a second student.

“From violating open meetings law, to ignoring the school board’s code of conduct, to neglecting to keep our children safe, all in the name of politics, Reaser has failed to lead and collaborate with parents and teachers that want a quality, safe education that respects the diversity of thought and viewpoint of the parents and students in her district,” Prior said in a prepared statement.

“Parents in Loudoun County are done with the disrespect and dishonesty that has come from this school board, administration, and their small cadre of activist allies that seek to silence all opposing points of view,” he said. “Our children deserve a non-partisan school board that will focus on building future leaders that can deal with the challenges of the future, not one that neglects its duty, misuses its power, and fails to engage in the representative democracy that is the source of its power.”

Loudoun 4 All said Fight for Schools’ intention to recall Reaser is “a combination of misinformation and outright lies,” according to a Nov. 19 statement.

The group said Reaser being part of a Facebook group does not constitute a violation of open meeting laws. Further, the group said that “one would be hard pressed to find anyone in any elected office who is not a member of any moderated Facebook groups.”

“Recalls are being initiated not just against school board members but against other elected officials as well, including local health officials and our own commonwealth’s attorney, officials that do not align with the alt-right’s ideologies,” the organization states. “Recalls are intended to be used in cases of serious malfeasance. Instead, they are being used to circumvent elections, since the January 6th insurrection failed to subvert the Democratic Process. Elections, not the abuse of the recall procedure, should choose our leaders.”

Best Of Virginia by the

Does Reaser work to protect our children at school, nope

She is symptom of the disease called the Loudoun County school Board!

Ms. Reaser, it’s irresponsible of you to say that our democracy is stake because the parents and grandparents and other good citizens of Loudoun County have proceeded with an orderly process to remove you from office.

A recall is not undemocratic.

There is a process to remove elected officials who fail in their responsibilities. You have broadly failed the families of Loudoun and in particular the families of the Algonkian district, of which I belong to.

Let’s count the ways that you have failed in your responsibilities:

- You support the placing of pornographic books in school libraries.

- You support the instruction of our teachers in the practice of critical race theory so that they can teach our children and grandchildren to judge one another by the color of their skin.

- You support the elimination of advanced math classes in the belief that minorities cannot be expected to excel in math at the same rate as white students so the standards must be lowered. What a racist thing to believe!

- You violated state open meetings laws by joining closed Facebook groups where issues involving our schools were discussed with other school board members.

- You have failed to protect the dignity and modesty of our daughters and granddaughters by supporting the use of girl’s restrooms and locker rooms by those born male.

- Knowing the truth about a sexual assault on May 28th by a student identifying as trans on a female student in the girl’s bathroom at Stonebridge High School, you remained silent when Superintendent Ziegler falsely proclaimed at the June 22nd School Board meeting that “the school board did not have any records of assaults in our restrooms…the predator transgender student or person simply does not exist.”

- Your silence on the matter above makes you complicit in Superintendent Ziegler’s cover-up of an egregious criminal offense and complicit in the subsequent assault by the same student on another female student when he was “quietly” transferred to Broad Run High School.

You have recklessly violated the trust of parents in the Algonkian District and across Loudoun County. Your actions are such that our trust in you cannot be regained. In addition, you, as a part of the school board, may be legally liable for what happened to the sexual assault victim at Broad Run.

Your continued presence on the board is not in the best interests of our school children and grandchildren in Loudoun County. A more honorable person, who sincerely put students first instead of their own ambition, would resign.

But as you have not resigned, the orderly process to remove you from office will continue. The next steps will be in the court room. I don’t expect the judge will tolerate arguments that the process is putting “our democracy at stake.”