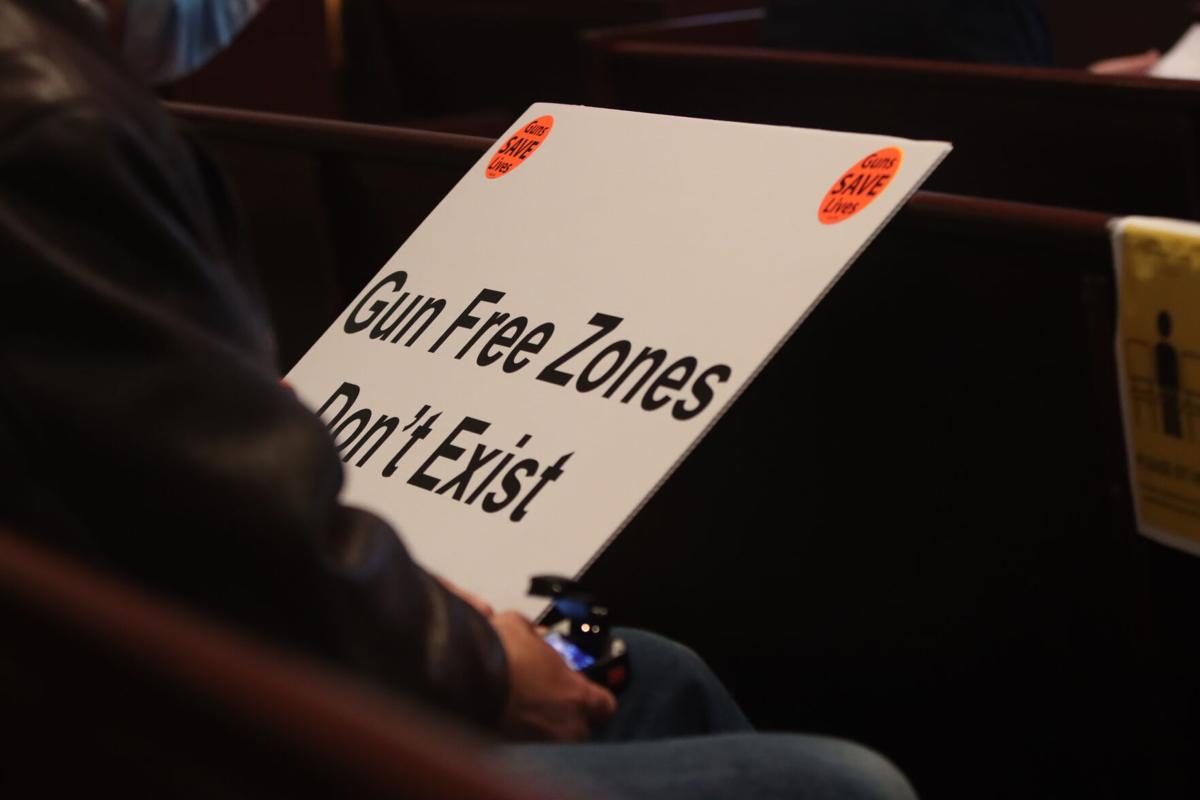 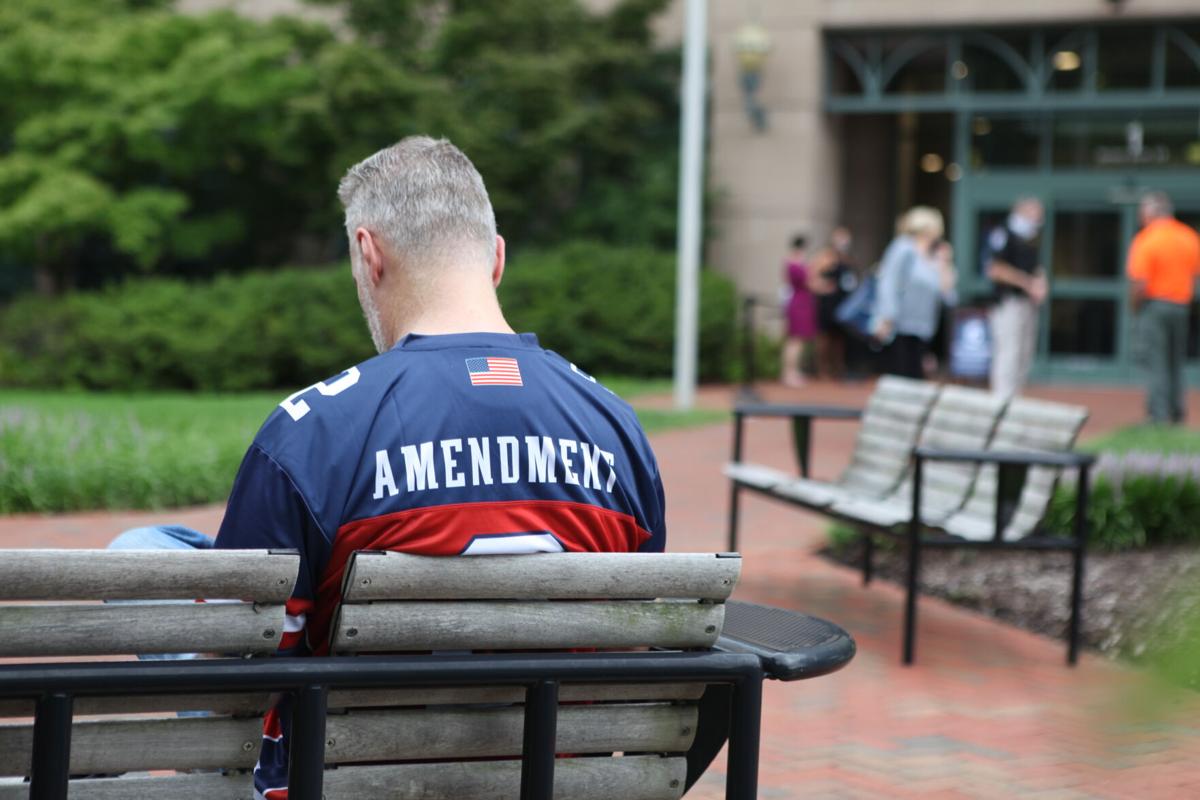 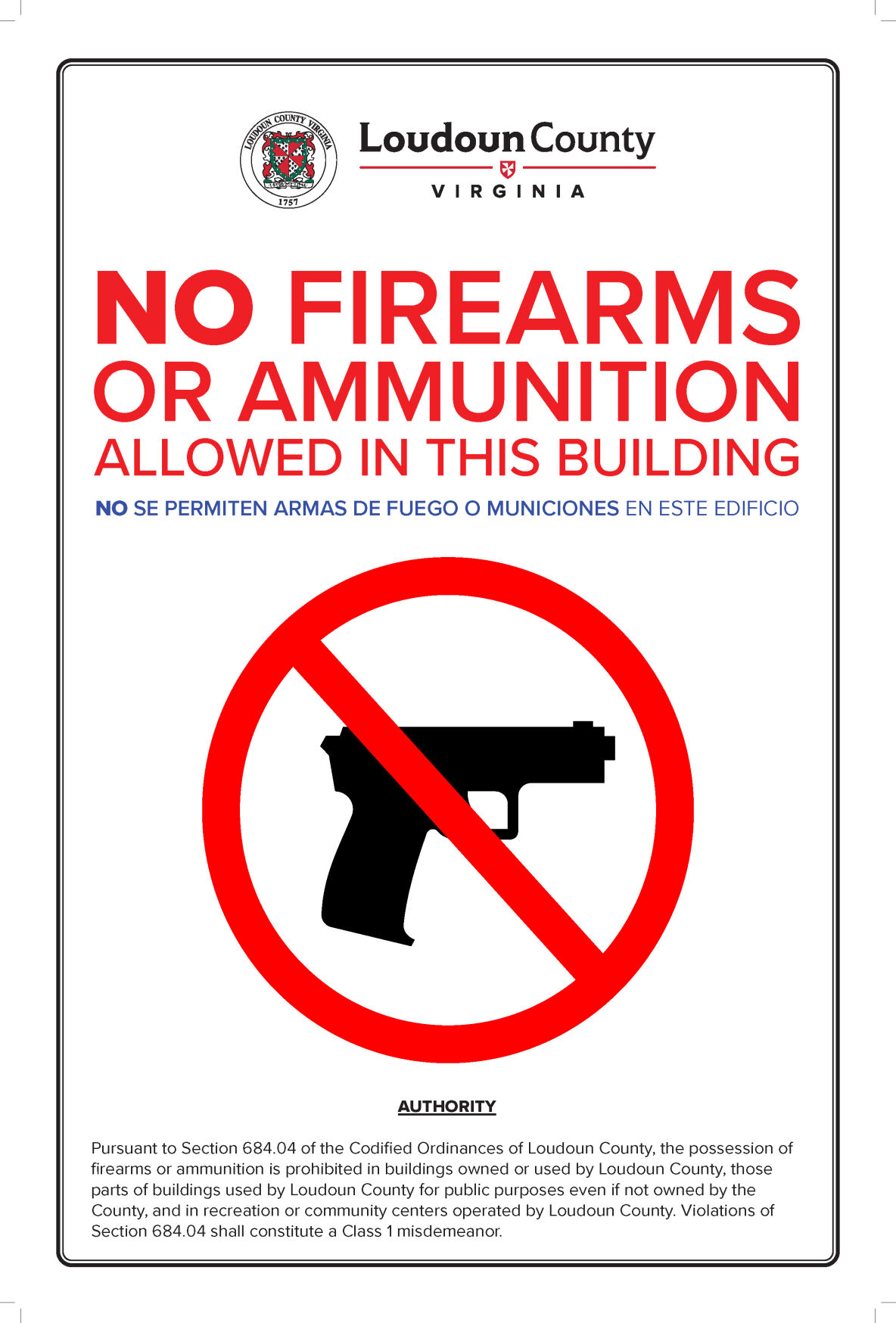 An example of the signs to be posted on County buildings and County-operated parks.

Loudoun County is taking steps to begin enforcing a recently amended ordinance, which generally prohibits guns in county buildings, including community and recreation centers, and county-operated parks, according to a Tuesday press release.

Enforcement begins once signage has been posted, according to Mary Frances Forcier, deputy public affairs & communications officer for Loudoun County.

Forcier said signage explaining the new rule is being placed at the entrances to Loudoun County facilities over the coming days, with work being completed by Friday.

The new section, 684.04 Possession of Firearms on County Property, was adopted by the Board of Supervisors on March 2, the Times-Mirror reported. Security screening stations will be installed at the Loudoun County Government Center and the Shenandoah Building in Leesburg and at the county government’s services center located on Ridgetop Circle in Sterling.

Signs prohibiting the carrying of weapons are already in place at preschools operated by the Department of Parks, Recreation and Community Services in compliance with Section 18.2-308.1 of the Code of Virginia.

The ordinance now prohibits the possession, carrying or transportation of any firearm or ammunition in:

- Any part of a building used by Loudoun County for public purposes even if not owned by the county;

Exceptions to the new ordinance include:

- Private security personnel contracted by the county or hired for a county-permitted event;

- Lawfully possessed firearms that are stored out of sight in a locked private vehicle.

The board adopted changes to Chapter 684 earlier this year after several months of consideration. In September 2020, the board directed staff to prepare a draft ordinance to implement Section 15.2-915 E of the Code of Virginia, which authorizes localities to prohibit the possession of firearms and ammunition in their facilities.

More information about the new ordinance and enforcement can be found at loudoun.gov/firearmsordinance.

thereby making those places most susceptible to a mass shooting. See, the bad guys couldn't care less about those laws.