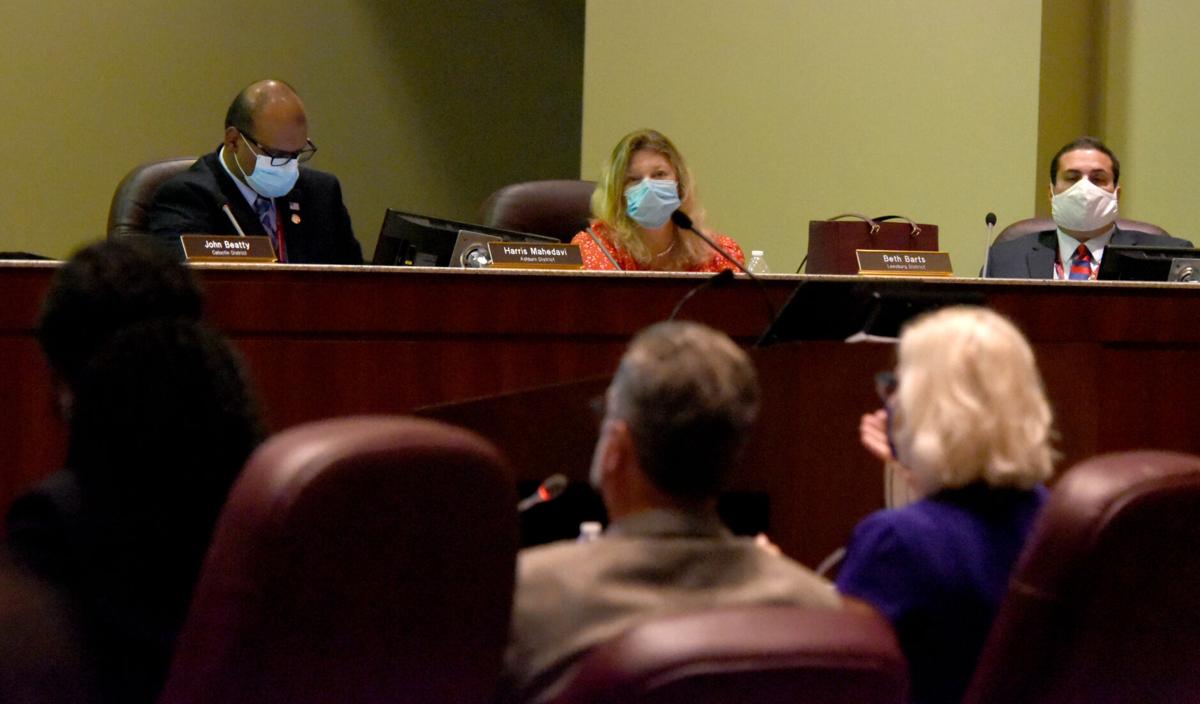 Loudoun County School Board members listen as candidates for a vacant seat participate in interviews during a public meeting Tuesday at the Loudoun County Public Schools Administration Building in Ashburn. 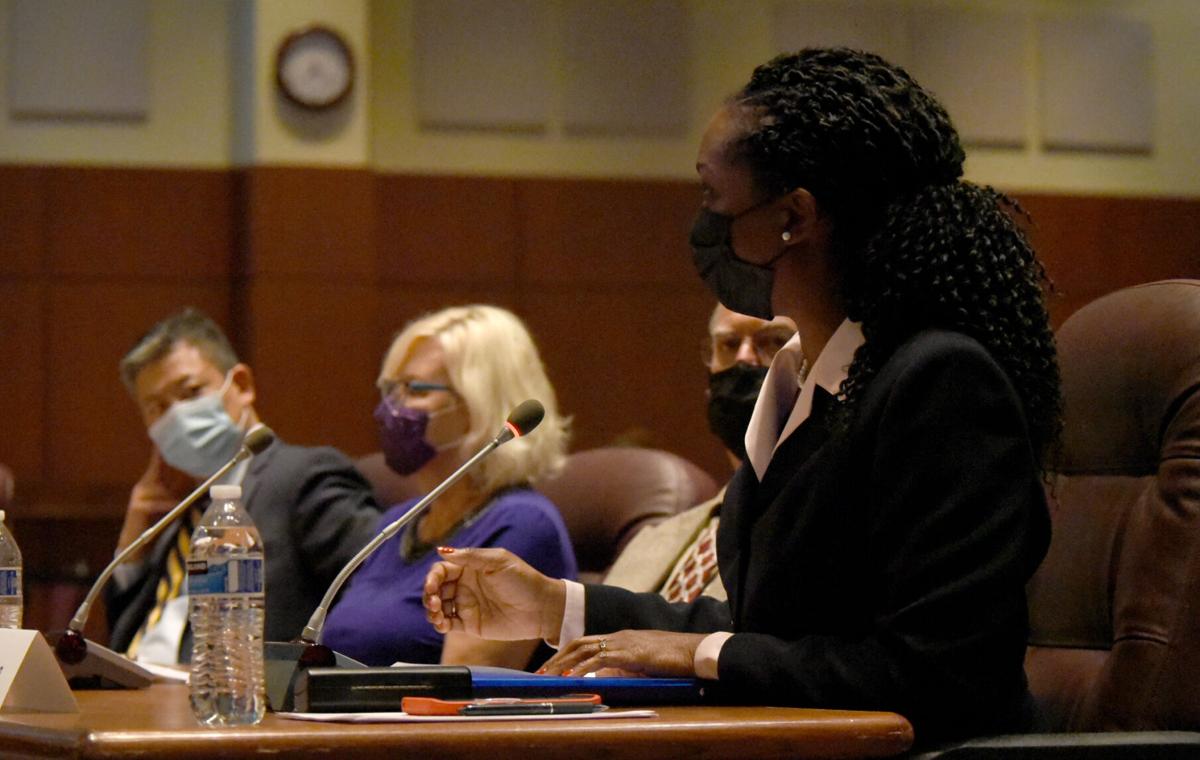 Loudoun County School Board members listen as candidates for a vacant seat participate in interviews during a public meeting Tuesday at the Loudoun County Public Schools Administration Building in Ashburn.

Loudoun County School Board members on Tuesday interviewed the seven candidates vying for the seat left vacant following the death of board member Leslee King in August.

Candidates Paul Chen, Daniel Eisert, Andrew Hoyler, Cliff Keirce, Marjo Mitsutomi, Katrecia Nolen and Samuel Yan took turns fielding questions about their backgrounds and experience, and why they seek a position on the board.

As laid out by Loudoun County Public Schools candidacy guidelines, applicants for the seat must have demonstrated proof of eligible voter status and residency in the Broad Run District, as well as provided a resume and statement of interest in the seat with the school board by a Sept. 24 deadline.

The candidate appointed by the board will represent Broad Run on the body until Dec. 31, 2022.

Mitsutomi — a native of Finland with a Ph.D. in applied linguistics who has held professorships in Japan and California — said in her statement that her research interests have “always attempted to interpret learners’ experiences to both help them and inform my own teaching.”

“I come here with the intention to listen — to listen, really, really well with my ear down to the ground,” she said, aiming to discern what the district’s needs are.

“I believe in the importance of extracting key insights from data,” he said.

Chen introduced himself as “a no-nonsense, concerned and committed parent that wants to make a difference in getting our schools back on track.” He said Loudoun schools should be focused on three primary objectives: providing students with excellent instruction in math, science, history, English, foreign language, the arts and technology; an environment to have free thought and exchange ideals; and keeping students safe.

“We have seen some members on this board conspire among themselves to silence parents who express any thoughts, contrary to their own,” Chen added.

Kierce spent decades as an air traffic controller in the Federal Aviation Administration. In his remarks, he touted his “more than 20 years of experience in elected and appointed positions at Loudoun County and the Broad Run District, and an established record of nonpartisan and bipartisan accomplishments for our district.”

“The school board needs to be able to get back to the people’s business,” Kierce said. “The divisiveness and chaos needs to end.”

Hoyler — a pilot at PSA Airlines and former lecturer at Purdue University’s School of Aviation and Transportation Technology — highlighted his 12 years of education at LCPS schools and close ties to the community in his statement of intent.

He said that while campaigning unsuccessfully for the Broad Run seat in 2019, Hoyler was able to “build a sizeable social media following of Broad Run District citizens ... If appointed, I will start with a leg up when it comes to community communications as I am already a familiar face within the district.”

Hoyler said the job of a school board member is to "act as a liaison to as many constituents as possible," while inviting them to be open and honest with board members.

In his letter indicating interest in an appointment to the open school board seat, Yan touted his perspective as potentially “the first east Asian, non-native English-speaking member in the Loudoun School Board’s history.”

"You all know me," Yan said to the board members. "You know I'm a problem solver. I hope ... you'll select me for this position," he said, promising to bring his heart and passion to the role.

Nolen’s statement stresses her deep roots in the Broad Run District — she and her husband have spent 19 years and raised three children there, Nolen wrote in her letter. “My background as an engineer, business owner, and parent of two current LCPS students provide me with unique skills, perspective, and insight to help move our community forward,” she said.

During a personal statement portion of Tuesday’s hearing, Nolen also went into detail about how she was diagnosed with an inflammatory form of breast cancer just before her 38th birthday in 2013. Nolen then described how neighbors brought her family groceries, her children’s daycare center offered to provide transportation, and her church community offered prayers and comfort during her illness.

“It’s when we were at our lowest point,” Nolen said, referring to her family, “that our community provided much hope and keys to survival. It is with this same energy that I have given back to our community in various ways.”

The school board is expected to take action to fill the vacant Broad Run seat during its next scheduled meeting on Tuesday, Oct. 12, an LCPS spokesperson said via email.

A previous version of this article mischaracterized a quote by Samuel Yan. The article has been updated with the corrected quote.

The article also incorrectly spelled Daniel Eisert's last name and misstated the age at which Katrecia Nolen was diagnosed with breast cancer.

The school board will pick the least qualified and the most woke person out of the group.