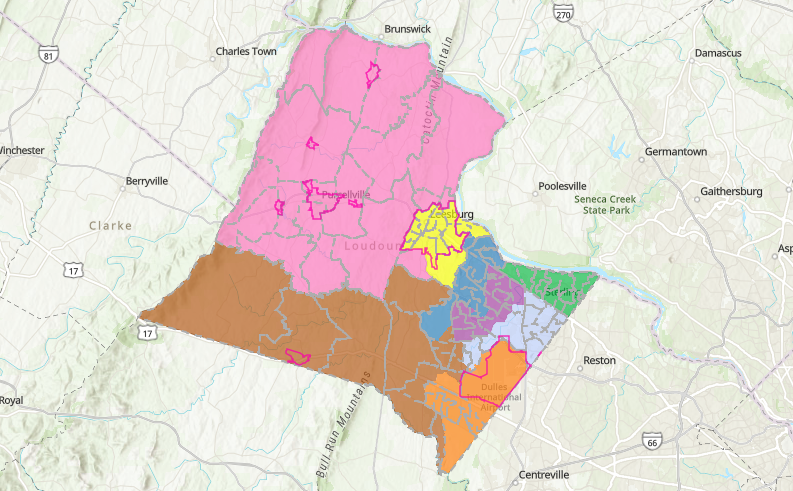 A screenshot of LT-Revised 1 Plan map. 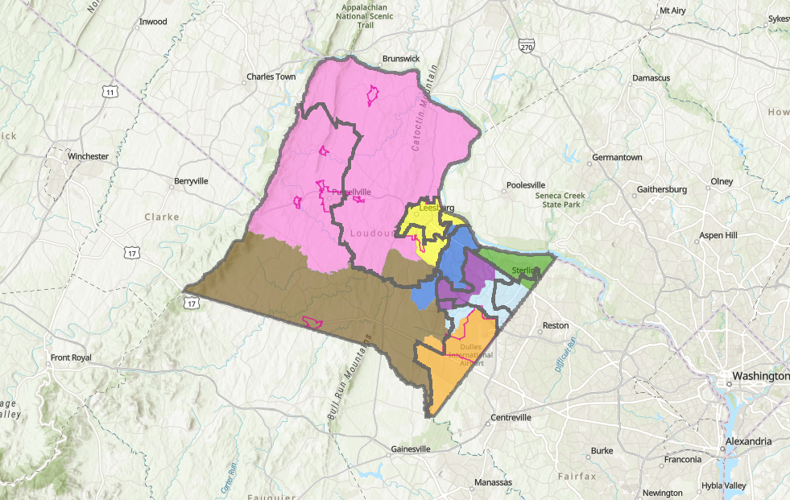 An outline of the current electoral districts.

A screenshot of LT-Revised 1 Plan map.

An outline of the current electoral districts.

The Loudoun County Board of Supervisors will consider approving a list of amendments to the county’s codified ordinances to pave the way for adopting its redistricting plan at its June 7 business meeting.

As part of the unanimous vote taken on Tuesday to consider accepting the redistricting plan, LT-Revised 1, the board is expected to adopt Little River as the name for District 7, which includes such areas as the Aldie, Brambleton, Middleburg, St. Louis and Willowsford.

Shortly before the board forwarded the plan for a vote to June, two speakers urged the board to delay the vote and claimed that if the election lines were not adjusted, the Asian American and Pacific Islander community would not have any representation on the board.

Chairwoman Phyllis Randall, D-At Large, said she was offended by the remarks and refuted the claims.

Supervisor Matt Letourneau, R-Dulles, who joined the meeting electronically, said the Asian community is “well-represented,” according to the plan’s population summary report based on the 2020 Census.

On May 11, the board hosted a public hearing on the proposed local electoral district plan. The board has been working through the redistricting process since January 2021.

The plan, which is commonly known as the Letourneau–Turner Plan, originated from a collaborative effort between Supervisors Matt Letourneau, R-Dulles, and Mike Turner, D-Ashburn.

The LT-Revised 1 Plan includes refinements that primarily focus on the goal of keeping communities of interest together while balancing the requirement to distribute the population equally in the eight districts based on the 2020 Census, according to staff.

The plan includes locating all of Ashburn Farm, Ashburn Village, Birchwood at Brambleton and Broadlands in one election district.

The board also addressed emailed remarks from residents concerned with the proposed election district line adjustments. Some residents expressed concern with their communities moving specifically into District 2 (Sterling).

Residents claimed that their property values would drop, and others said that they do not have the same “social, cultural, racial, economic, and geographic make up of members of the Sterling district.”

He said, after growing up in Loudoun, it was hurtful to see some of the comments and he said he disagrees that some of the potential new residents to join the district don’t have anything in common with the current district.

He also confirmed with staff that there is no correlation to the redrawing of election district lines and property values.

The Office of Elections and Voter Registration can accommodate the plan, according to an April 7 announcement. Staff said the plan also adheres to the 10 guidelines established by the board last June for the county’s local redistricting process.

The board’s guidelines required that all districts have equal representation, comply with the Voting Rights Act and must be “compact and contiguous,” the board’s process states.

The districts were also required to avoid splitting up incorporated communities and use geographical features as borders.Redistricting requires the redrawing of district boundaries for representatives elected to represent specific geographic areas, according to county officials. The process occurs every 10 years following the United States decennial census. Loudoun County underwent its last local redistricting process in 2011.The board voted to retain eight local election districts, during its meeting last June. The ideal district would have to have a population of 52,641 given the total population recorded in 2020 is 421,129, according to county staff.Supervisors also voted in to maintain their current size, which consists of a chair at large and eight supervisors elected to represent single-member districts.The release of the federal census data, which was necessary for planning, was delayed due to the COVID-19 pandemic.If the board approves the final plan and name for District 7, staff said the map of updated boundaries is expected to be completed by August.List of DistrictsDistrict 1 – Algonkian DistrictDistrict 2 – Sterling DistrictDistrict 3 – Ashburn DistrictDistrict 4 – Broad RunDistrict 5 – Dulles DistrictDistrict 6 – Leesburg DistrictDistrict 7 – Blue Ridge District (soon to be renamed Little River)District 8 – Catoctin District