$4.99 for 7 days
Get Started
You are the owner of this article.
Edit Article Add New Article
You have permission to edit this article.
Edit
Home
News
Opinion
Sports
Business
Entertainment
Best of Loudoun
ePages
Special Sections
Obituaries
Classifieds
1 of 9 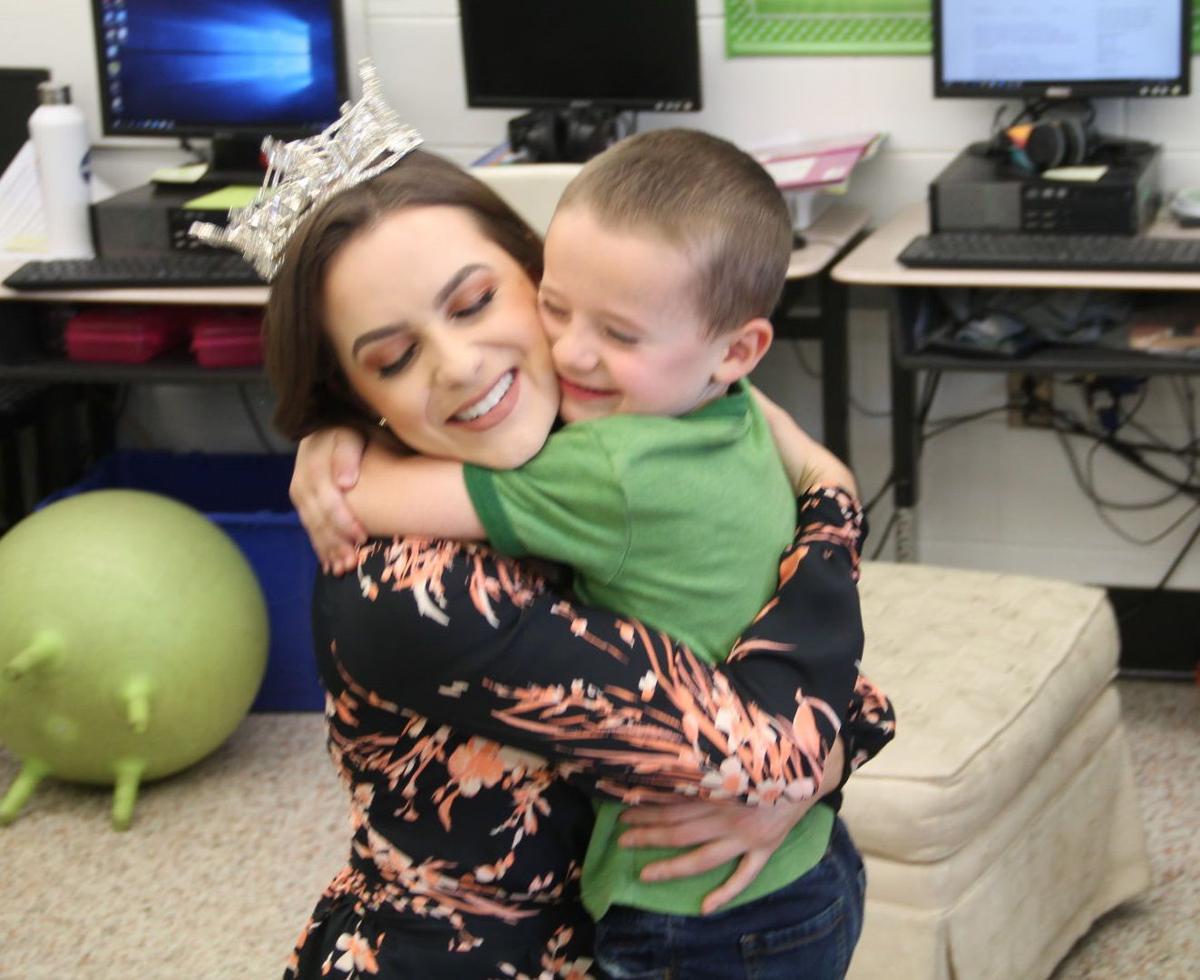 Miss America Camille Schrier gets a hug from a Hillsboro Charter Academy student. 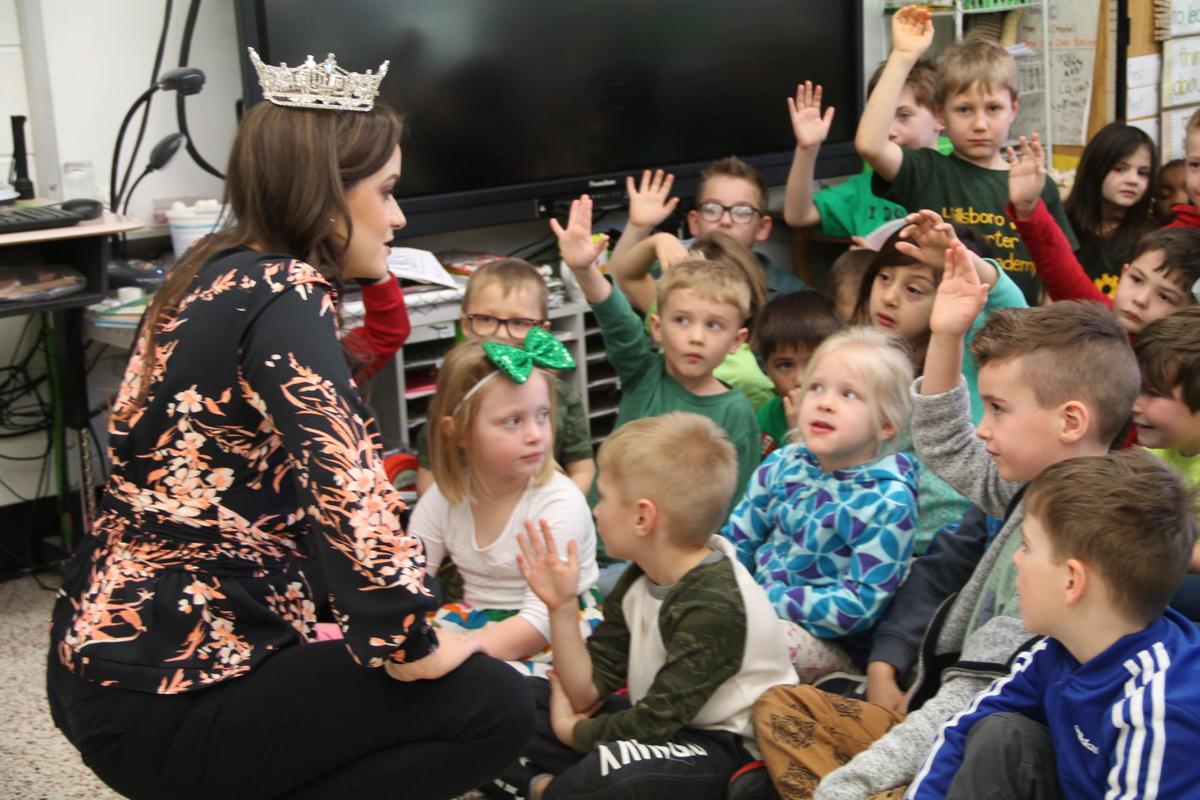 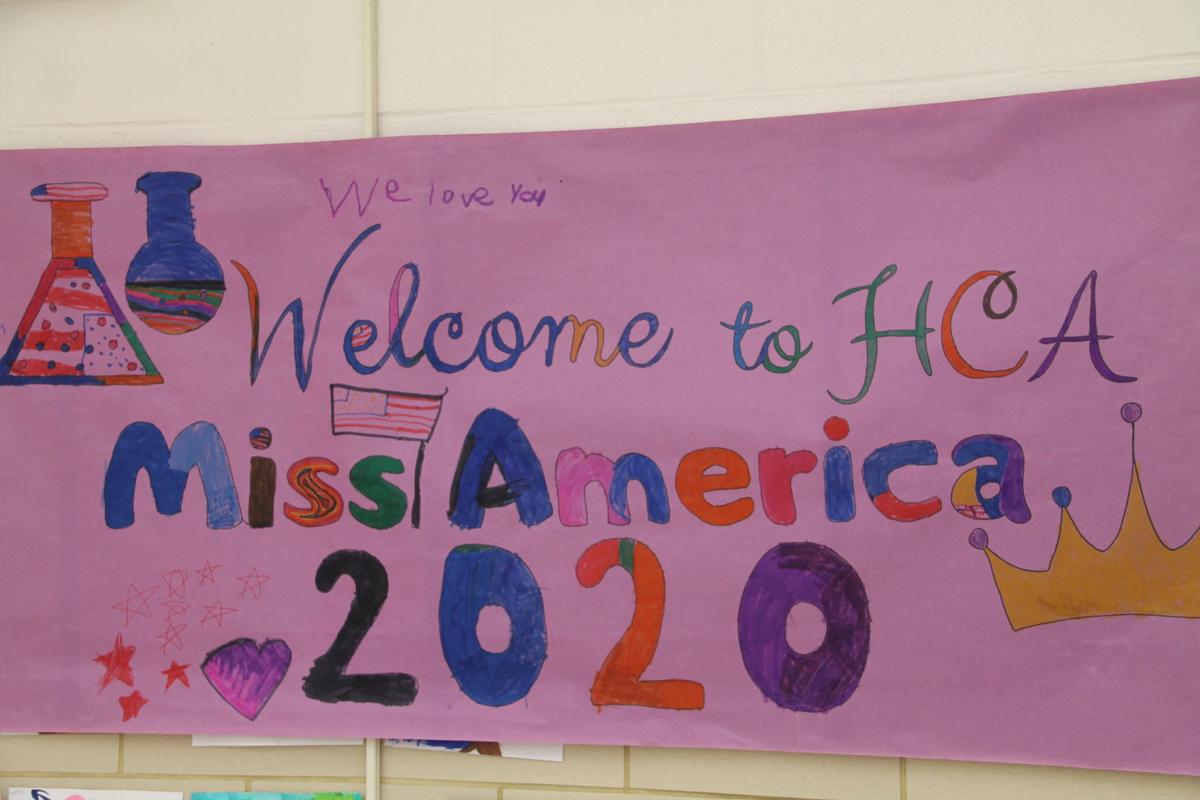 A sign greeted Miss America, Camille Schrier, as she arrived at Hillsboro Charter Academy on March 6. 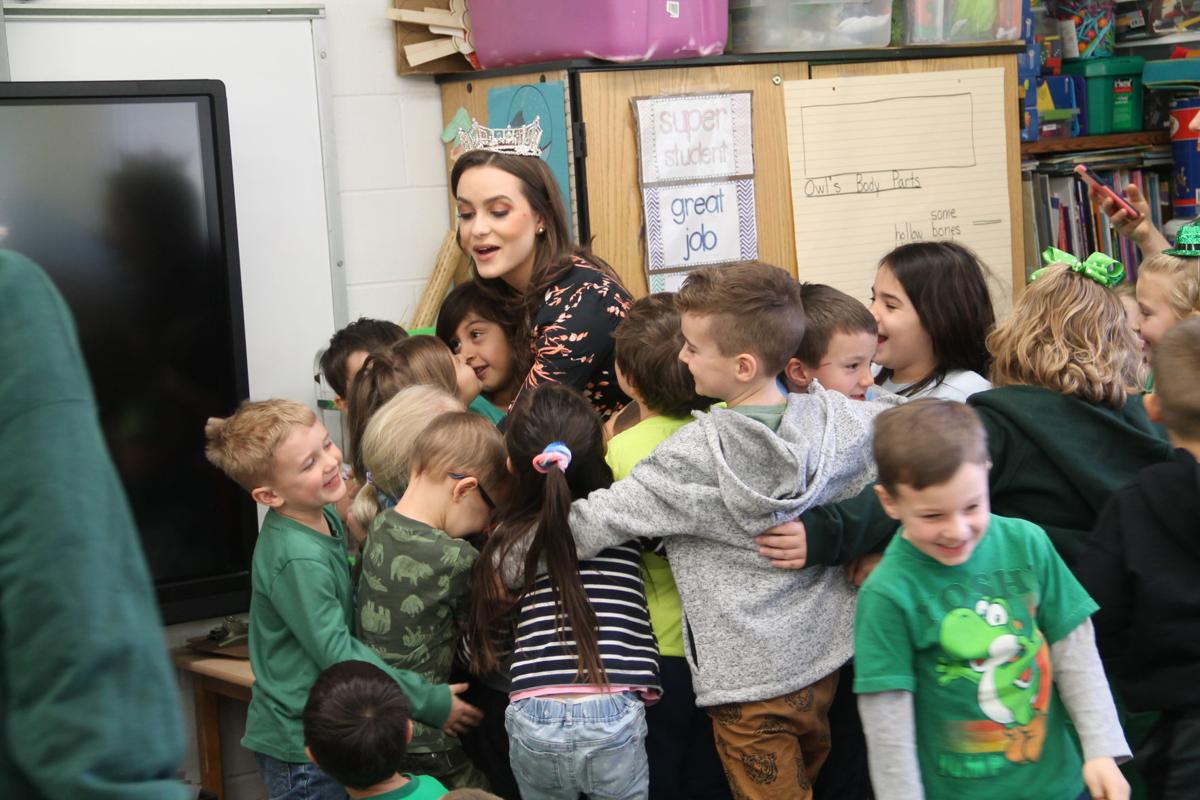 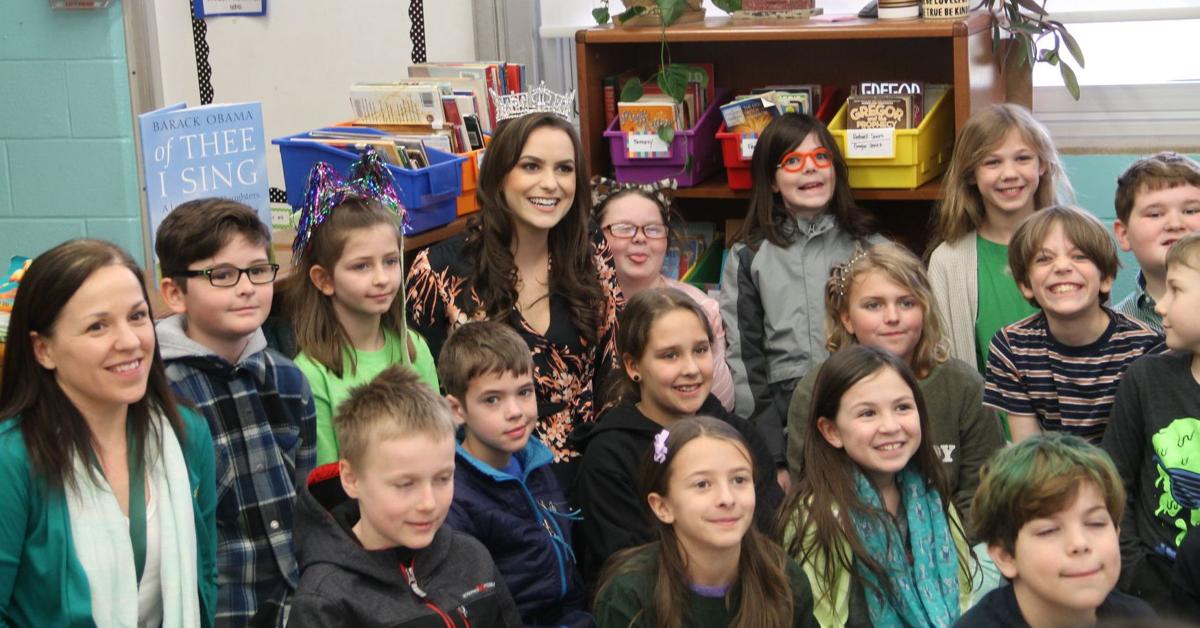 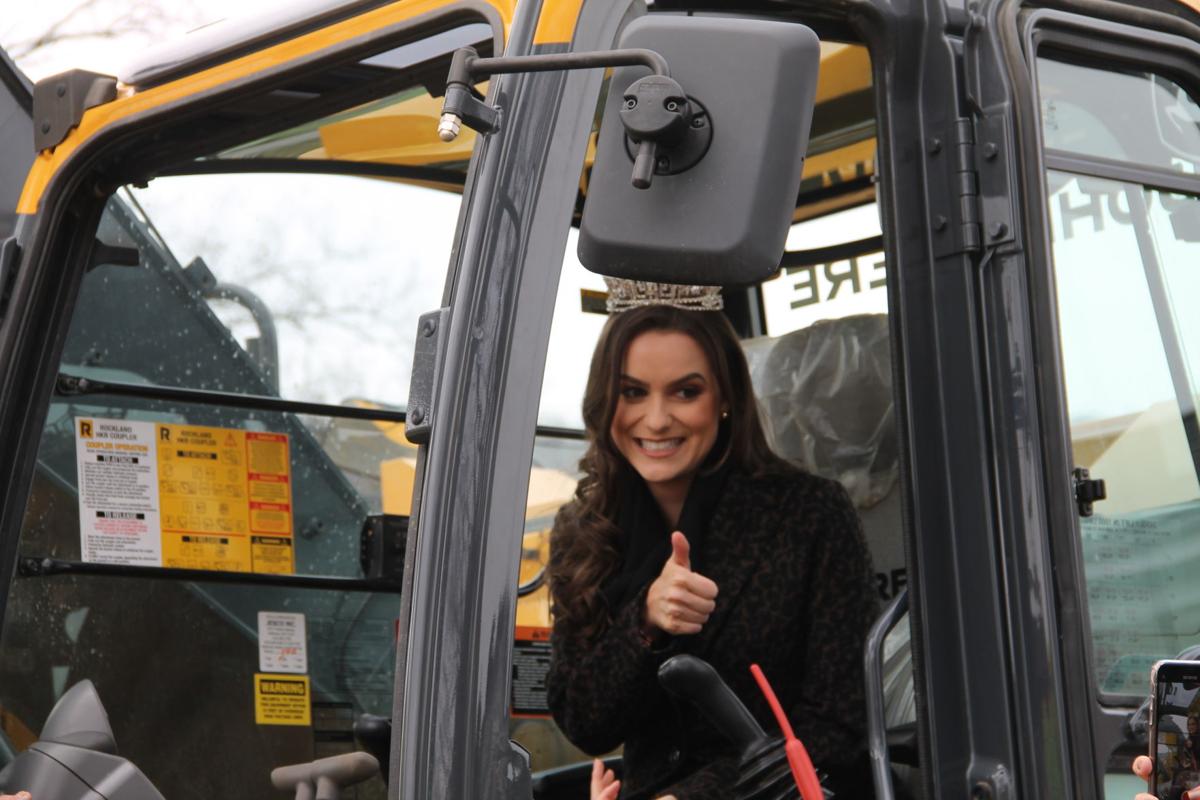 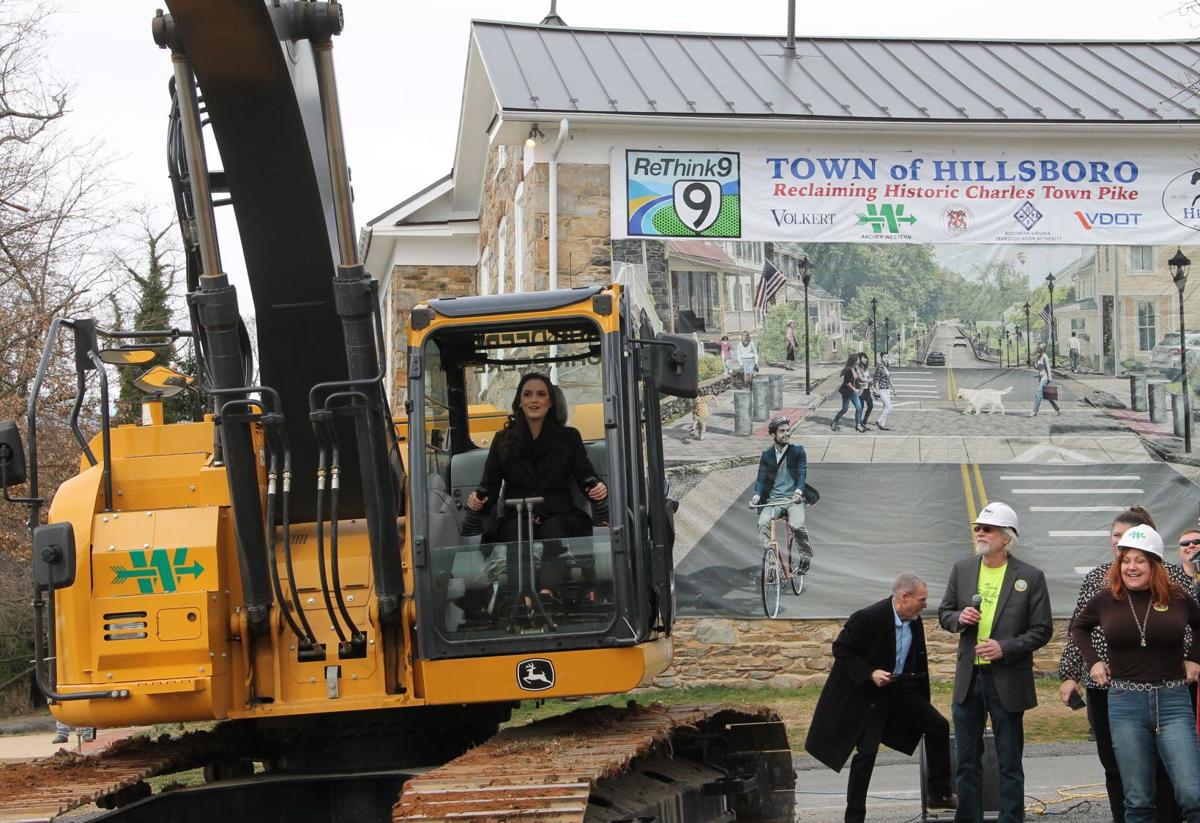 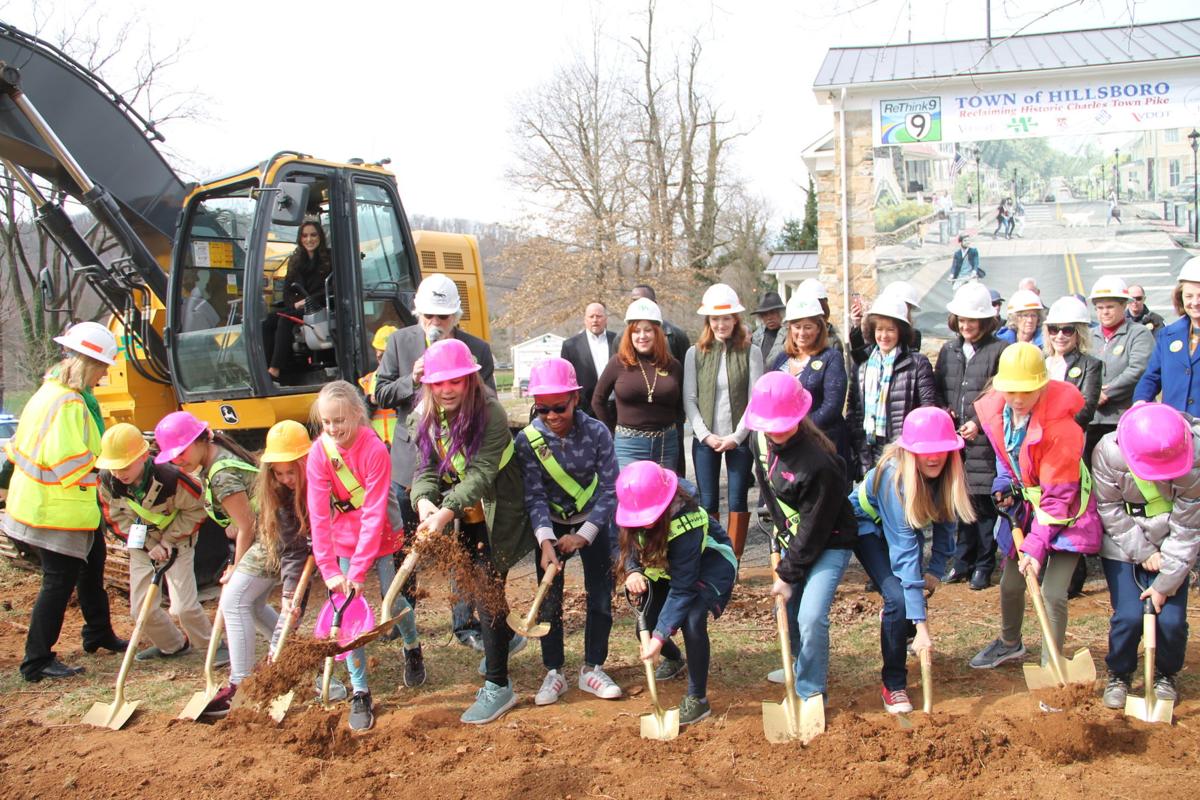 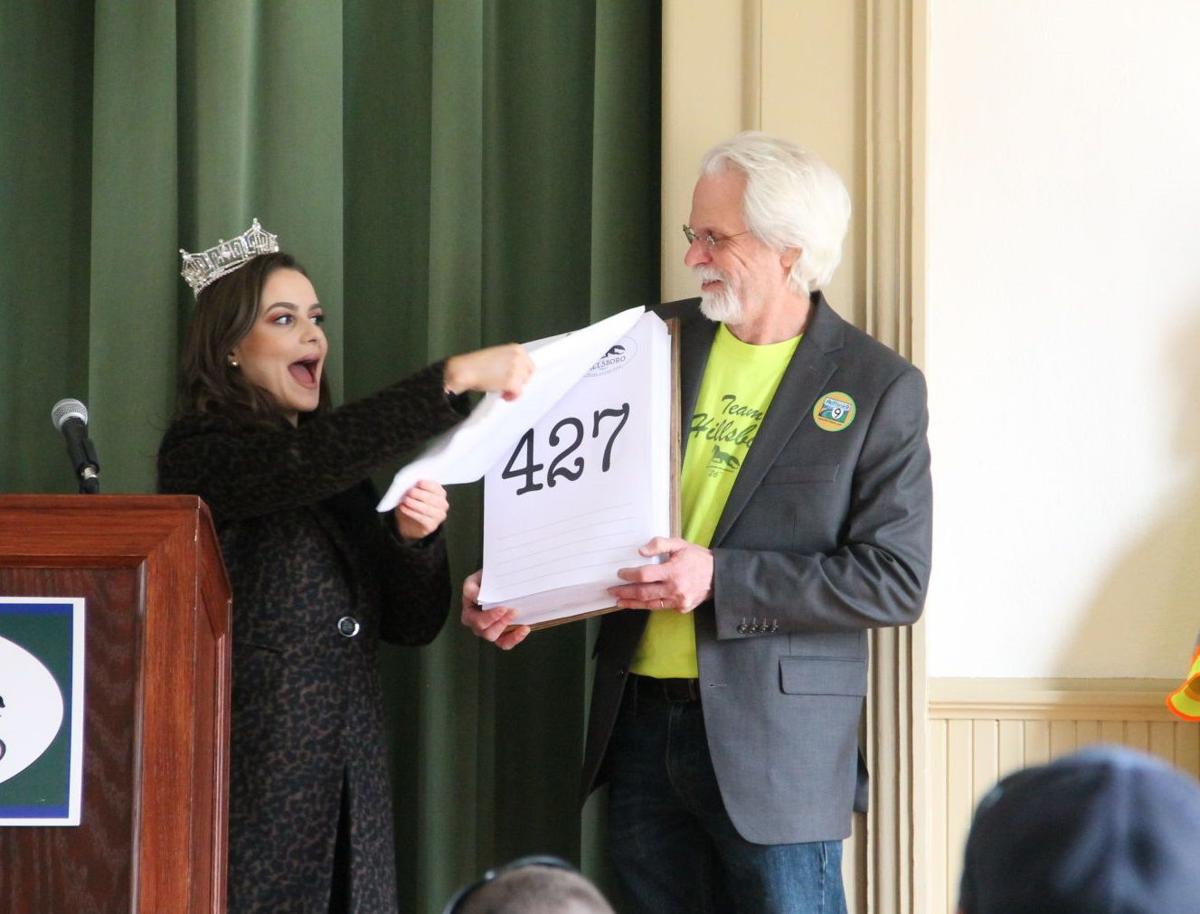 Miss America Camille Schrier gets a hug from a Hillsboro Charter Academy student.

A sign greeted Miss America, Camille Schrier, as she arrived at Hillsboro Charter Academy on March 6.

Reigning Miss America Camille Schrier spent the day in Hillsboro on Friday, first visiting with students at Hillsboro Charter Academy and then kicking off the Route 9 road construction project outside the Old Stone School.

Schrier, 24, is a graduate of Virginia Tech who became Miss Virginia last June and won the Miss America crown in December. She advocates a platform of the power of science, specifically medication safety and drug abuse prevention. She is currently a pharmaceutical student at Virginia Commonwealth University in Richmond.

After greeting students during the morning meeting, Schrier performed her famous exploding science experiment. She then went to individual classrooms for photos and questions.

Students were interested to hear what type of pets she has and their names.

Schrier said she "loves animals" and has two cats -- named Cappuccino and Latte because she loves to drink coffee. She hopes to get a dog after she is done traveling this year for her role as Miss America.

Other students were curious about her crown and whether she wears it "all the time."

"I wear it at public events, but not when I'm having quiet time or asleep," she said.

Another student asked, "Why did you say science is all around us?"

"Because science touches everything we do. The power of science is so cool to me, and I want to study it," she said.

Tucker said she sent the email to Schrier at midnight on a Friday night and heard back the next morning.

“It is so amazing to be a part of a teaching team and a community where everyone exemplifies the ‘growth mindset’ necessary for the innovation that we teach daily to our scholars. Receiving the ITEEA STEM School of Excellence Award proves that high-quality STEAM education can literally take learning to levels we never thought possible, and Miss America coming to our little public charter school in Hillsboro, Virginia, today was the perfect example of that," Tucker said.

Schrier next headed over to the Old Stone School to sit in a large excavator for a "move the dirt" groundbreaking ceremony to usher in the 428-day Route 9 road construction project.

The ReThink 9 Traffic Calming project will bring the town a safe drinking water source, a new wastewater system, sidewalks, roundabouts on both ends of town and utility lines buried underground.

"We will transform this town with a road that has connected our region and now sees 17,000 daily motorists in one of the world's most robust regions," Hillsboro Mayor Roger Vance said.

In planning the project -- which has been in the works for at least 15 years -- Vance said: "It only happened because we never gave up."

"All of us together led the way, and I could not be prouder of reaching this milestone," Vance said.

What a sweet photo.....my only question is shouldn't we have a Mr. America these days and a Them America to represent for those confused over their gender identity...

The Trumpers make everything political. I actually know Camille and worked with her on Interview, and she's great.