$4.99 for 7 days
Get Started
You are the owner of this article.
Edit Article Add New Article
You have permission to edit this article.
Edit
Home
News
Opinion
Sports
Business
Entertainment
Best of Loudoun
ePages
Special Sections
Obituaries
Jobs
Classifieds
1 of 8 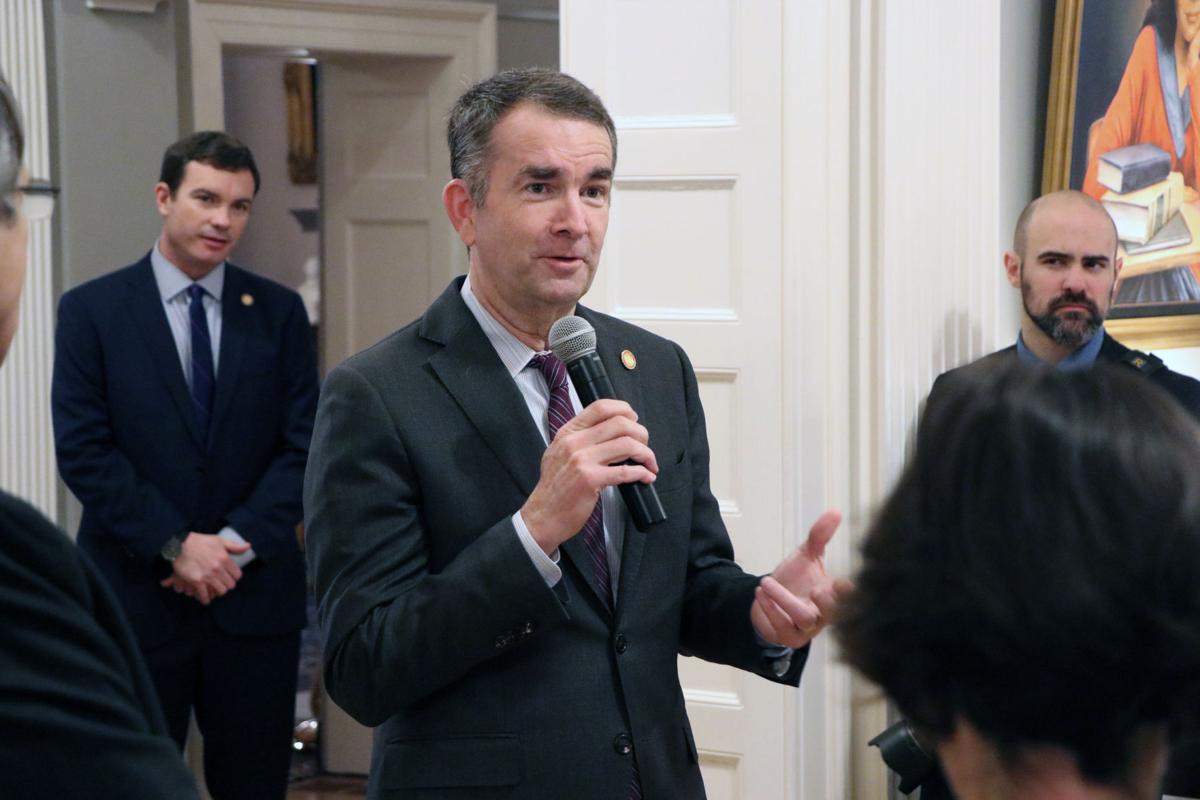 Virginia Gov. Ralph Northam (D) in February 2020 welcomes guests to the executive mansion at the kickoff for the pilot exchange program between Loudoun County and Danville. 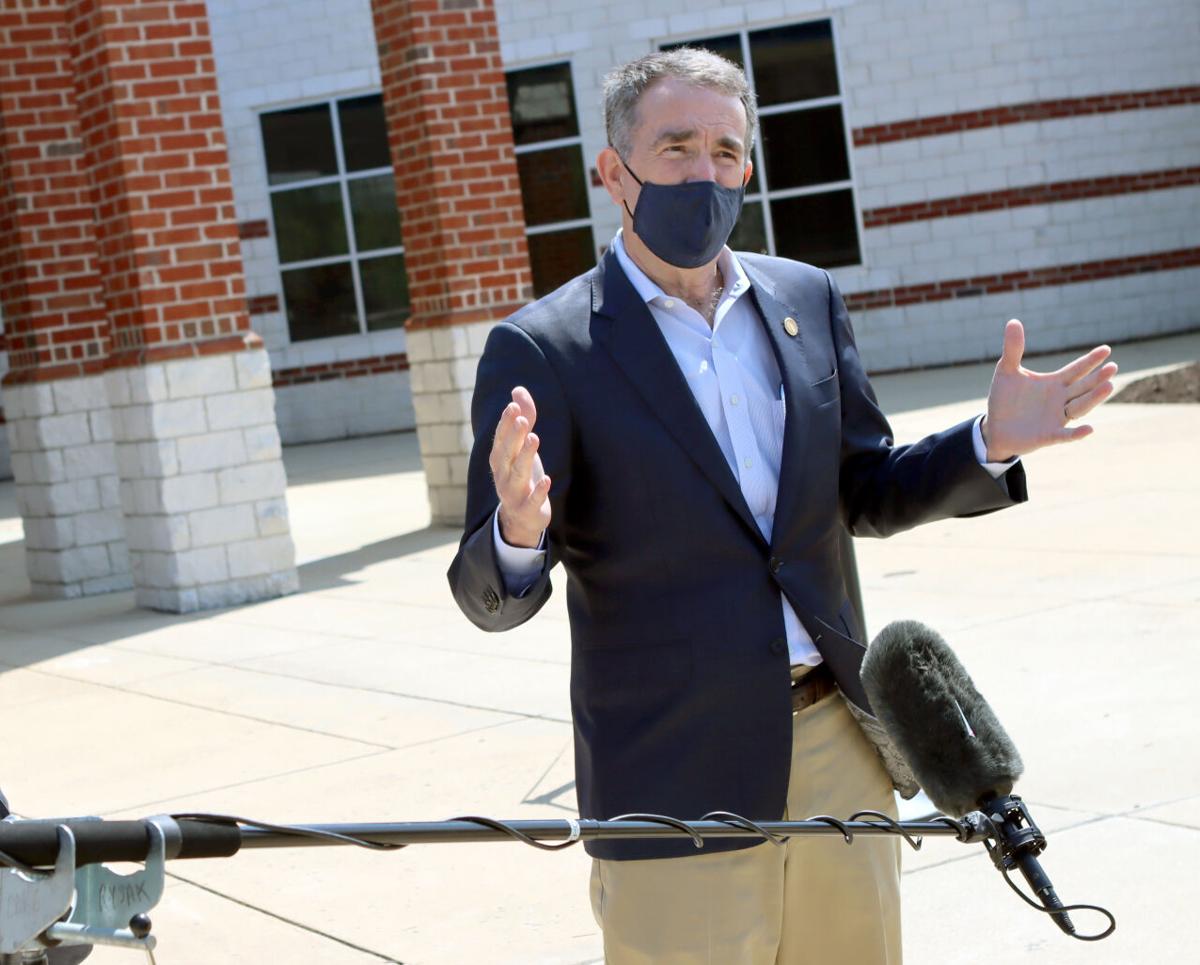 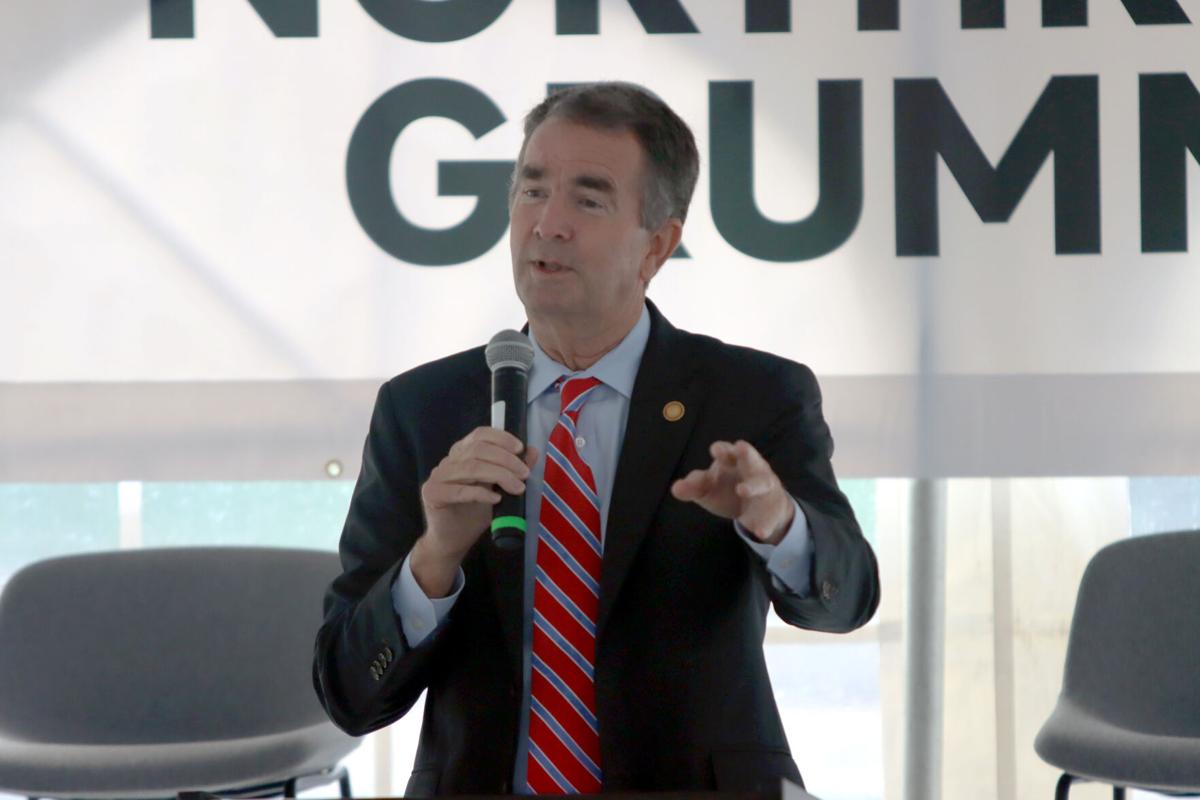 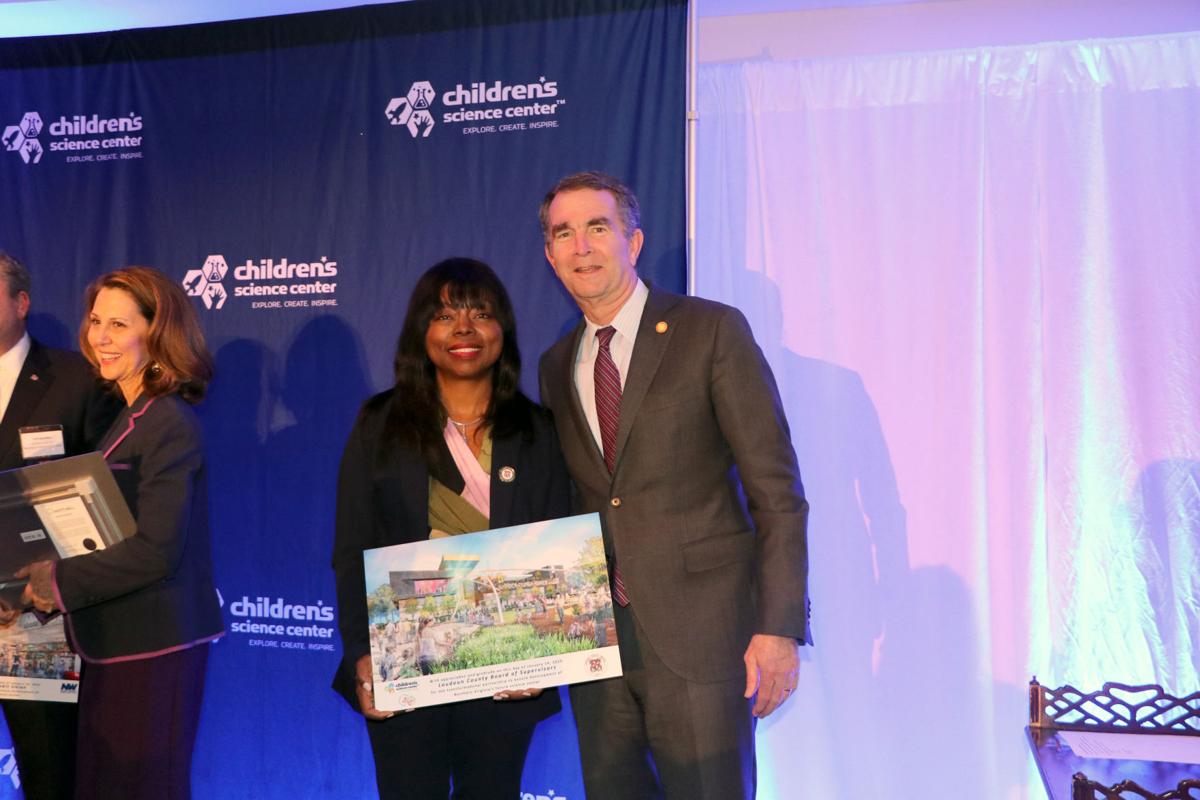 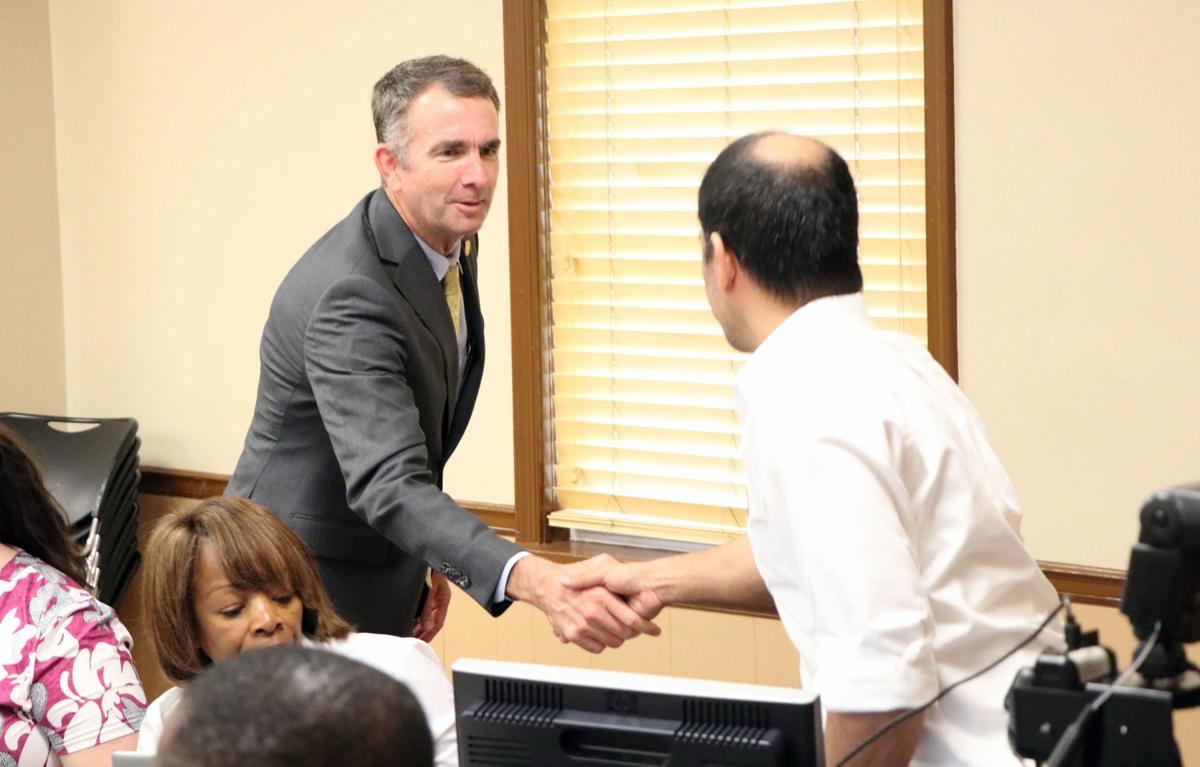 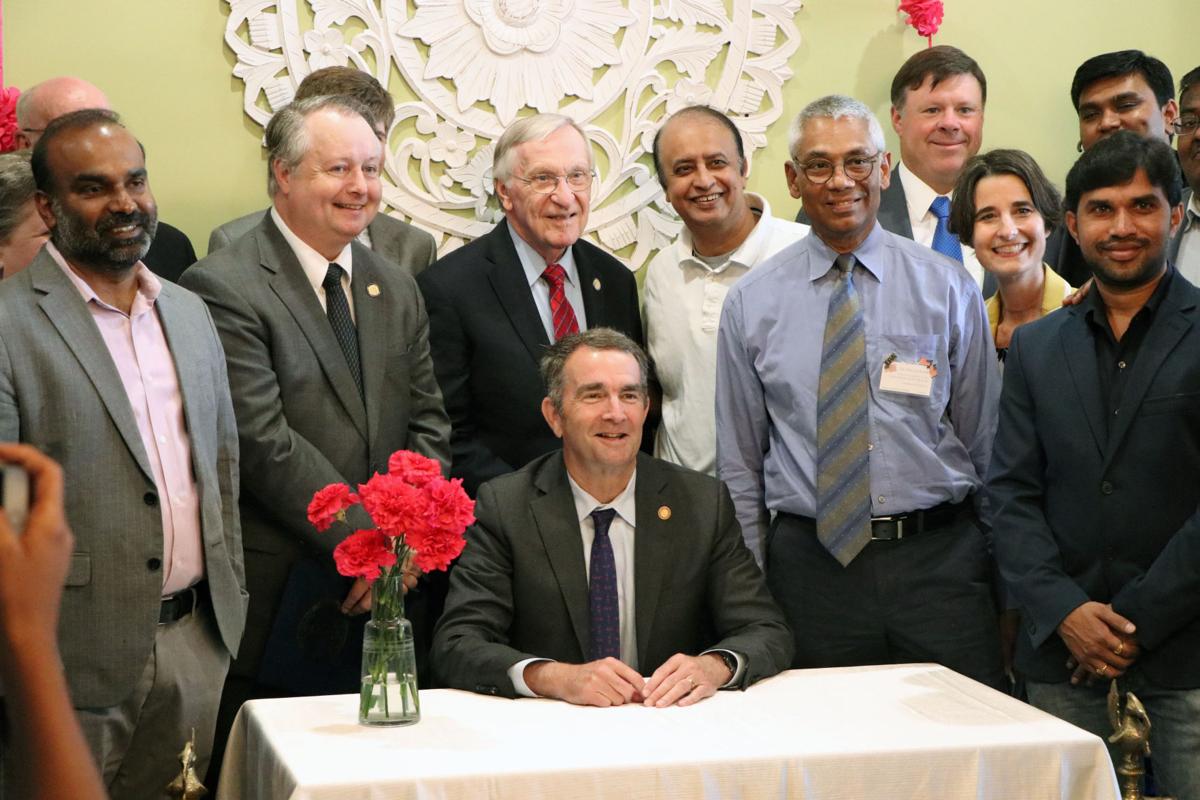 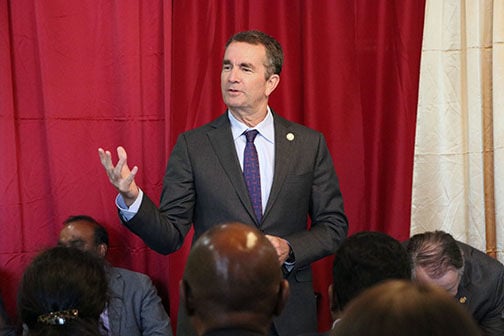 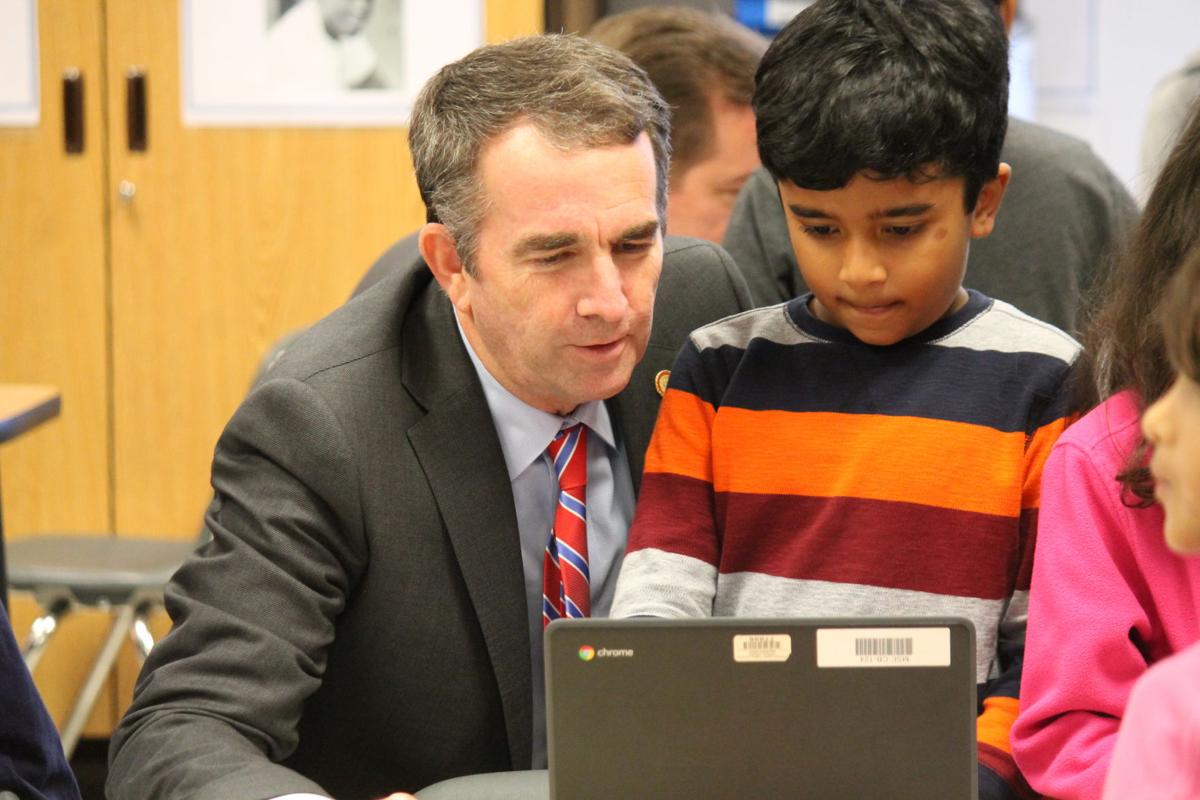 Virginia Gov. Ralph Northam (D) in February 2020 welcomes guests to the executive mansion at the kickoff for the pilot exchange program between Loudoun County and Danville.

Gov. Ralph Northam (D), the 73rd governor of Virginia, will end his term next month highlighted by a tenure in which his administration and lawmakers expanded Medicaid for Virginians, abolished the death penalty, legalized the recreational use of marijuana for most adults, and was named the best state in country in which to do business.

Glenn Youngkin (R) will succeed the outgoing governor when he takes office next month.

Here are several takeaways from Northam’s interview with the Times-Mirror earlier this month.

Education: CRT is a “dog whistle”Northam said he has been following news coverage out of Loudoun, specifically the debate around critical race theory (CRT) and described it in stark terms.

“Critical Race Theory and the dialogue regarding it is a dog whistle,” Northam said.

Northam said CRT is not part of the K-12 curriculum in Virginia and it was used as a tool to scare people during the election in November.

Parent groups, however, have said CRT is being taught in the local school system and across the country.

Northam said in order for Virginians to move forward, “we need to know our history, and that needs to be accurate and adequate and we need to have it truthfully.”

“That’s not asking too much and that’s what we’ve supported all along and we’ll continue to support that,” he said, “but our children at an age-appropriate developmental level need to know our history. That’s what we advocated for and I believe that’s the right thing to do for Virginia.”

Blackface scandal, social issuesDespite an image of a man in blackface and another in a Ku Klux Klan hood and robe appearing on his 1984 college yearbook page, Northam resisted calls for his resignation.

Investigators with a law firm hired by the school failed to determine whether Northam is pictured in the photo, according to the Associated Press. Further, the investigators couldn’t conclusively establish the identities or how the photo was published on his page.

Confusion grew among Virginians after he acknowledged and apologized for being in the photo, but then recanting his statement, saying he was not in the photo the following day.

Northam said it was a difficult time for the commonwealth.

Northam said he and his administration engaged with a number of people — including those in Loudoun — to take action, make Virginia “a more welcoming, more inclusive state,” and address a number of the disparities and inequities.

“Obviously, there’s work still to be done, but Virginia is a much different state today than it was four years ago,” Northam said. “I’m pleased Virginia stuck with me and we’ve been able to deliver on the promises we made.”

The administration also brought awareness to harassment targeting Asian Americans and Pacific Islanders as a string of violence actions across the country increased during the COVID-19 pandemic.

“One of the things that historians will see about our administration is that we’ve shown that you can make real progressive change and that’s support working people, we can embrace diversity, we give everyone a fair shot, and while building a booming economy in the best state for business,” Northam said.

“I think years from now I hope we’ve proven that you don’t have to choose between progress and economic prosperity — you can have both,” he said.

“Broadband is a necessity”Northam said he did not speak with Youngkin about the demand for high-speed internet across the commonwealth, including such places as western Loudoun.

However, Northam said the matter has been a top priority for his administration as more children have turned to virtual learning and Virginians to telehealth. Northam said he hopes Viginia will have universal broadband by 2024.

The outgoing governor said less than $4 million was invested into broadband when he started his term in 2018. This year, $2 billion has been invested from state and federal funding, he said.

“Broadband is a necessity now and that was really brought into a better focus during COVID-19, along with our disparities,” Northam said.

Earlier this month, Loudoun County received a grant worth more than $17.5 million to help fund the construction of a fiber optic network that will bring broadband internet service to approximately 8,600 residents and businesses in western Loudoun, according to a Dec. 14 announcement.

The grant from the Virginia Telecommunication Initiative (VATI), which operates under the Northam administration, will support the construction of fiber-to-the-home connections in areas that are currently not served by a wired provider.

Transportation: “We need to look at other modes of transportation”The Metropolitan Washington Airports Authority (MWAA) announced in early November it has reached substantial completion for work on Phase 2 of the Metrorail Silver Line extension project into Loudoun County.

The railway is expected to open in the spring of 2022.

Northam said Metro’s expansion has been a coordinated effort among leaders from Maryland, Virginia and Washington D.C.

“We can’t pave our way out of congestion, and we certainly want to maintain our interstates and roads, but we need to look at other modes of transportation,” Northam said.

“So, rail and transit are extremely important and particularly from an equity issue,” he said. “Not everybody has access to an automobile, not everybody can afford an Uber or Lyft, so we need to make sure that all Virginians can move from ‘Point A’ to ‘Point B’ and that they can do it equitably, and that’s why we’ve been focused on supporting Metro and other transit specialists out there in Northern Virginia.”

The Metrorail project was built in two phases. Phase 1 opened in 2014 extending Metrorail service from East Falls Church to Wiehle Avenue in Reston. Phase 2, along the Dulles Corridor, includes Metrorail stations at Reston, Herndon and Ashburn, as well as at Dulles International Airport.

The upcoming stations in Fairfax will include Innovation Center, Herndon and Reston Town Center.

“I think there’s been a lot of good input from the leadership in Loudoun, and we’ve been able to get a lot of good things done,” Northam said.

65 — Loudoun residents approximately have served on the administration’s boards and commissions over the past four years.

6,000 — Approximate number of jobs were created in Loudoun County by the Northam administration.

13,000 — Approximate number of Loudouners who are estimated to have received Medicaid after the Virginia General Assembly approved a budget bill to expand coverage to approximately 400,000 low-income Virginians.

Hey Ralph there is traffic jam you might want to apply some resources too.

December 29, 2021, Metro has once again been ordered to take every single 7000-series train off the tracks.

The Washington Metrorail Safety Commission made the decision after it says Metro was not following its own plan to return the cars to service after they were pulled following an October derailment. If you value your life stay away from these rolling deathtraps. The taxpayer money for Broadband comes to about 7000 per household, thank a taxpayer western Loudoun as they foot the bill for you!

Didn't Randall and Reaser call for his resignation, follow the money.