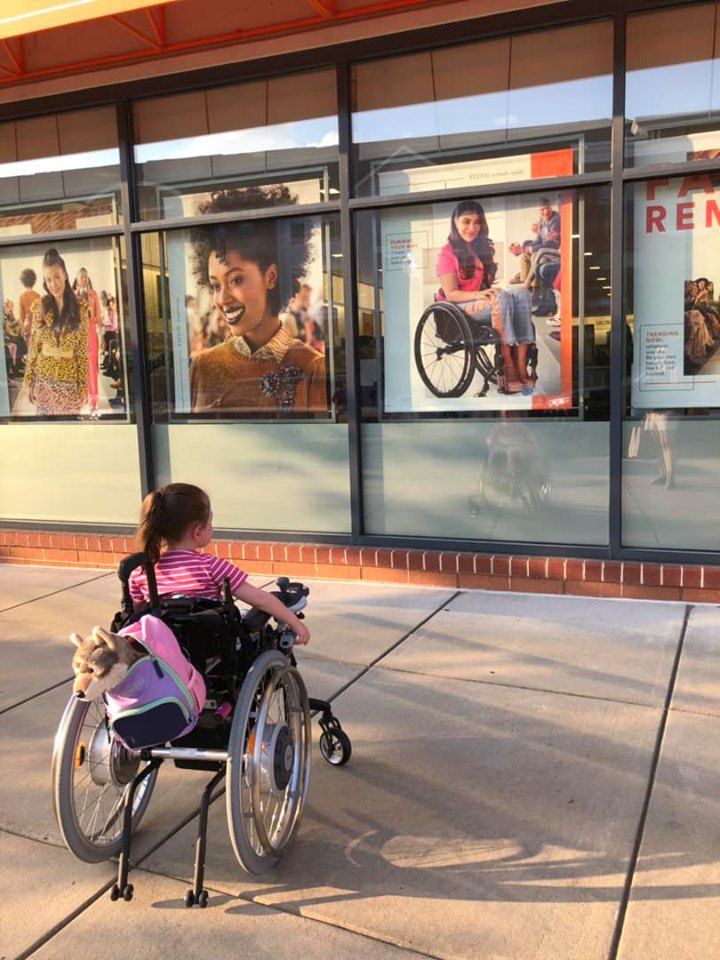 Maren Anderson admires an Ulta advertisement at Village at Leesburg. 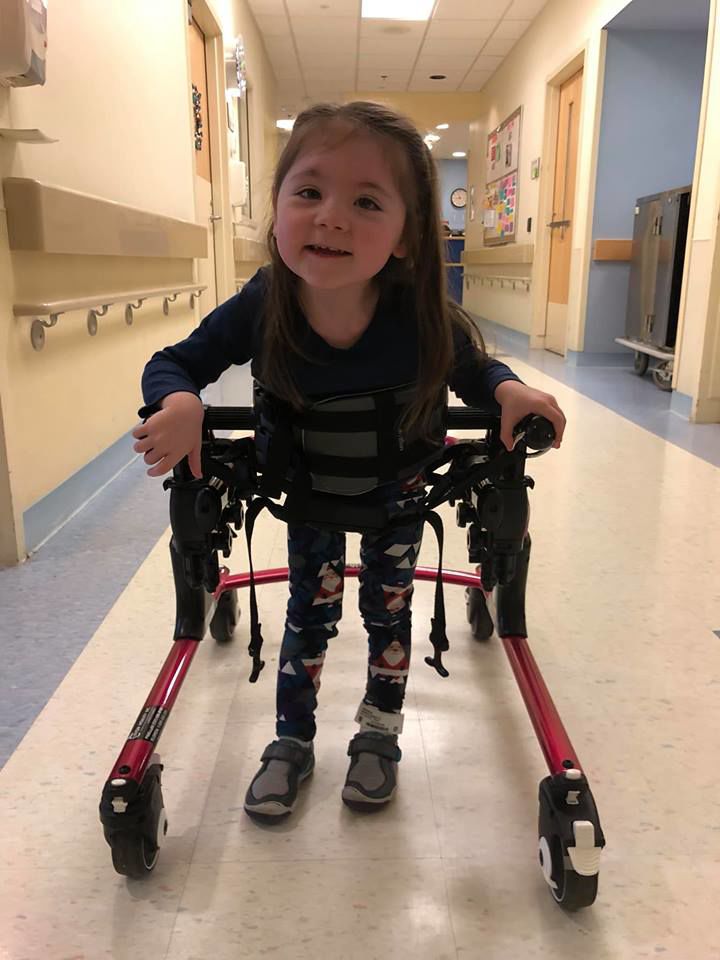 A touching photo of a young girl admiring someone like her – a girl in a wheelchair – in a beauty advertisement at Ulta in Village at Leesburg has captured thousands of hearts over the past week, racking up tens of thousands of views and shares on Facebook.

“Well Ulta, you absolutely stopped my girl in her tracks this evening,” Leesburg resident Carolyn Kovacs Anderson captioned the picture on Aug. 14. “It was mesmerizing to watch her stop, turn and gaze at this poster. So thank you.”

Anderson's four-year-old daughter Maren, featured in the photo, has Pontocerebellar Hypoplasia, a group of related conditions that affect the development of the brain. She mostly uses non-verbal communication to interact with her parents.

Her mother said watching Maren appreciate the ad was soul-stirring.

“This was the first time we saw her stop and really connect with an image of a wheelchair user, like herself,” Anderson said in an email to the Times-Mirror. “She got to see herself in this picture, and that planted a seed for her to see that there is a place for kids like her in this world. She was included ... Maren is a dance-loving, baby doll-toting, bike-riding little girl with the most infectious giggle and smile. Since day one, she’s shown great motivation and tenacity and worked hard to overcome the challenges of her rare disease. All she wants is to be accepted for who she is and represented like everyone else.

“We love that this family shared such an amazing moment and were touched to see Maren looking at the image in our window – it makes us incredibly proud,” an Ulta Beauty spokeswoman told NBC 4's Shomari Stone. “We feel even more inspired to continue to feature amazing people that help us shape how the world sees beauty.”

"It is our hope that families who see images like the one at Ulta will have open and continued dialogue with their children about inclusion,” Anderson said. “Our wish is that one day it won’t be newsworthy to see our daughter and other people with disabilities represented, it will be commonplace."