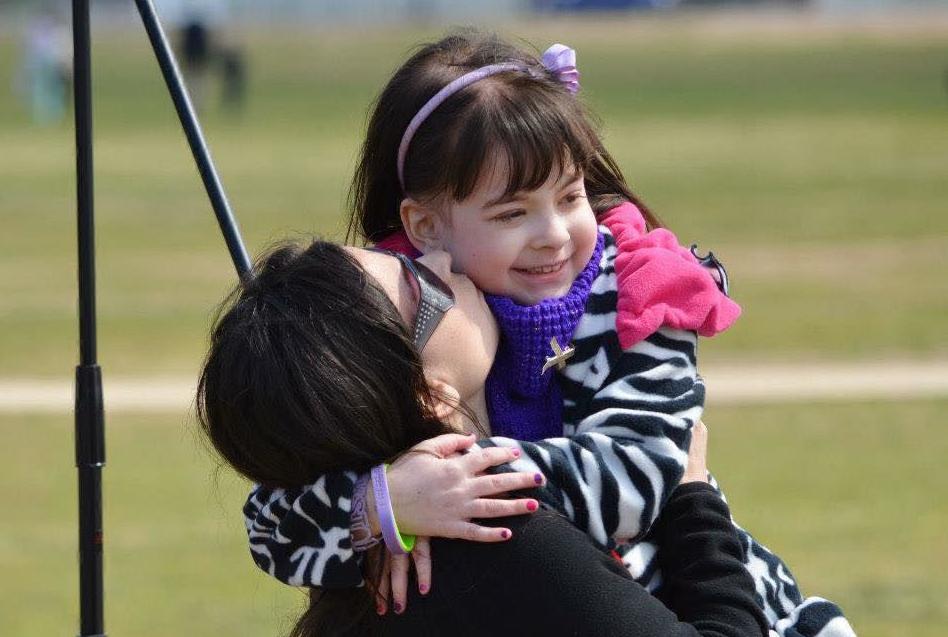 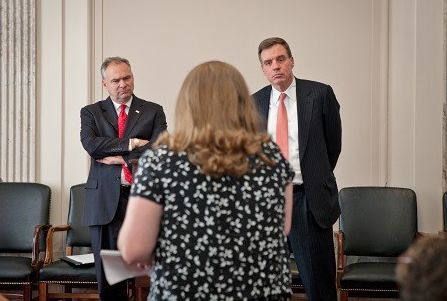 The bill is named in honor of Gabriella Miller, a Leesburg resident who died from a rare form of brain cancer at the age of 10. Miller was an activist and worked to raise support for research into childhood diseases like cancer until her death in October of 2013.

“Gabriella Miller was a passionate activist and fighter,” Kaine said in a prepared statement. “We honor her memory by continuing her work in making sure pediatric disease research is a priority.”

“This bipartisan legislation would provide a critical source of funding to improve research in pediatric cancer and diseases,” he said.

The legislation would provide a new source of funding for the National Institutes of Health’s (NIH) Gabriella Miller Kids First Pediatric Research Program (Kids First) by redirecting penalties collected from pharmaceutical, cosmetic, supplement, and medical device companies that break the law to pediatric and childhood cancer research, according to congressional officials.

In January, Congresswoman Jennifer Wexton (D-Va.-10th) introduced a version of the legislation in the House of Representatives. The bill is in the House subcommittee on health.

Since President Barack Obama signed the original bill in 2014, $88.2 million has been directed to pediatric cancer research at the NIH through the Kids First Research program.

“We owe it to Gabriella, her family, and all the children who’ve lost their lives too soon to find a cure for these rare pediatric diseases,” Warner said. “I’m proud to be joining my colleagues on this bill that would provide an additional funding stream for critical research that could save lives.”

The lawmakers said that while cancer is the leading cause of death by disease among children past infancy, childhood cancer and other rare pediatric diseases remain poorly understood.

An estimated 15,590 children and adolescents under the age of 19 will be diagnosed with cancer, and 1,780 will die of the disease in the United States in 2021, according to the National Cancer Institute. Further, 4% of the institute’s $6.56 billion budget is specifically allocated to the development of treatments and cures for childhood cancer and other rare diseases.

Loudoun County resident Ellyn Miller, Gabriella’s mother, applauded the efforts of the lawmakers. Miller and her husband, Mark, founded Smashing Walnuts, a 501©3 nonprofit foundation in 2013 to advocate and raise awareness about childhood cancer.

“In 2013, my 10-year-old daughter died from the same terminal brain cancer that Neil Armstong’s daughter, Karen, died from in 1962,” Ellyn Miller said. “The fact that we can get astronauts to the moon and back but cannot cure something just a few inches under our skin is heartbreaking to me. Senator Kaine’s championship of the Gabriella Miller Kids First 2.0 Act is that one giant leap towards better therapies for seriously ill children.”

Correction: An earlier version of the story it was stated that The Kids First Research Act was first signed into law in 2014 under Wexton’s predecessor, former Congresswoman Barbara Comstock (R). House Majority Leader Eric Cantor (R-Va.-7th) introduced the legislation in 2014.