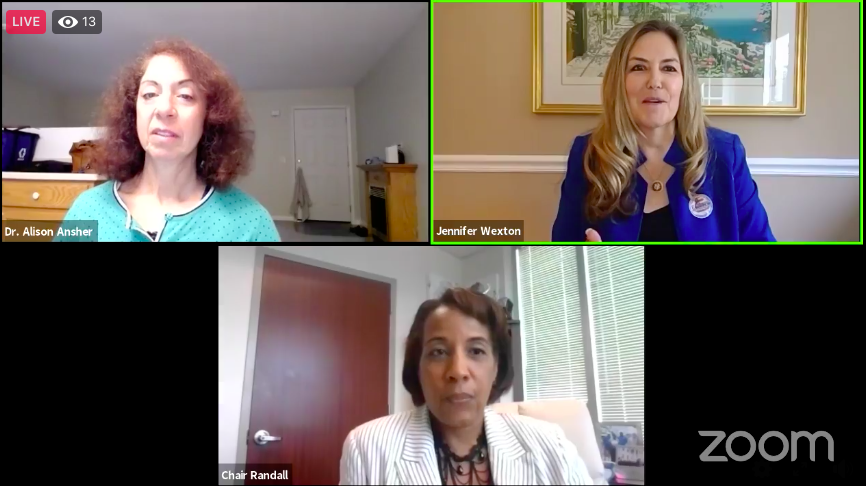 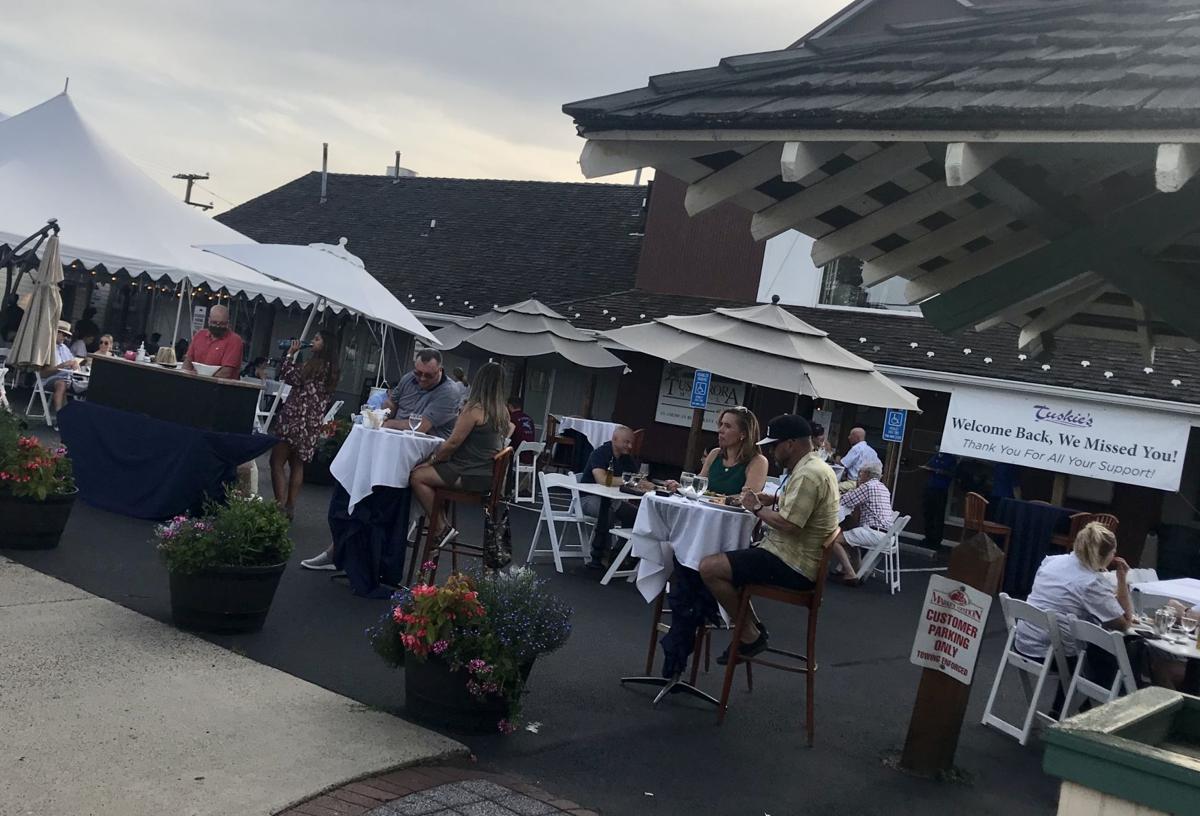 Tuscarora Mill Restaurant in downtown Leesburg has transformed its parking lot into an outdoor dining space. 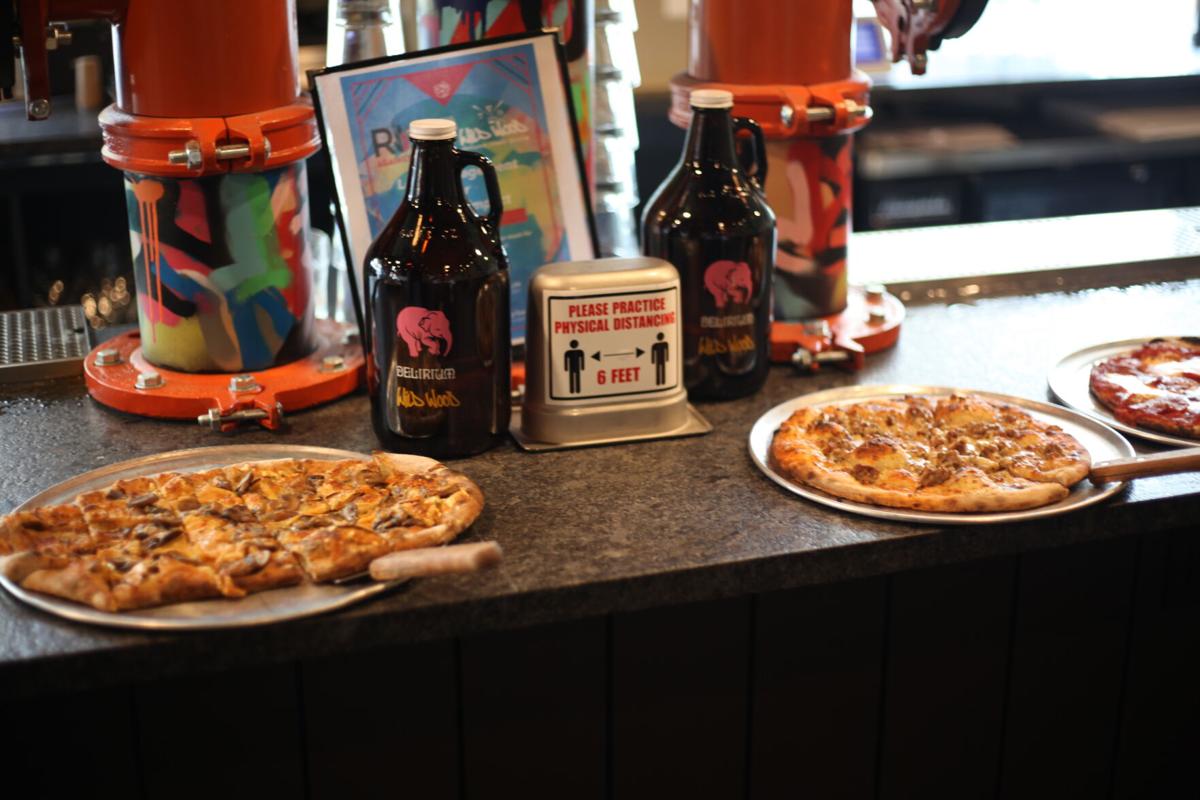 Tuscarora Mill Restaurant in downtown Leesburg has transformed its parking lot into an outdoor dining space.

Americans are watching Congress and the Trump administration closely as many feel the need for further federal assistance is heightening with the coronavirus pandemic about to enter its eighth month.

The first-term congresswoman said she is working for securing approval for another round of relief funds, but there is pushback from the Republican-controlled Senate and the Trump administration.

“The [Trump] administration and the Senate are dead set against the second round, and we know that you guys are in desperate need of that,” Wexton said during the town hall. “The state and localities can’t engage in deficit spending the way we do at the federal government level, and at some point, you’re going to have to start laying people off.”

Randall said about 85 percent of businesses in Loudoun County are doing “pretty well,” noting the big tech and defense footprint in northern Virginia. But the “touch” industry — hotels, restaurants and retail, for example — are still struggling.

Some small businesses have received assistance through the county’s Business Interruption Fund, with more than $8 million being dished out, according to Randall.

“What we know is that it’s not going to be what the businesses would have normally made, but we hope it’s enough to carry over,” Randall said.

Wexton said the House of Representatives made provisions to relief measures during the second round to make sure small banks and lenders receive funding to assist small businesses.

Two other concerns Randall brought up is lack of funding for mass transit and how colder temperatures will impact restaurants using outdoor seating.

“As the colder months come, you can’t do that outdoor seating anymore,” Randall said. “We’re very concerned, and we are anxiously waiting, hoping, encouraging some more federal stimulus money comes, because the truth is when you have a national emergency, you need a national response.”

One constituent expressed her concerns with the COVID-19 testing. She asked if people should be tested if they are asymptomatic, why people need a physician’s order and a status update on rapid testing.

Ansher said the rapid, or antigen, test is not recommended due to accuracy concerns.

“When the federal government has provided this type of test to long-term care facilities, the recommendation is if somebody is negative, go ahead and do the more accurate test or what we call the PCR,” Ansher said. “And so, the antigen or the rapid test is not necessarily recommended if somebody does not have symptoms.”

Ansher said doctors’ notes are required at some sites and not at others, and she suggested checking with the provider ahead of time.

Some constituents questioned the need for face masks. Small business owners shared their fears over customers and employees suing them over their COVID-19 regulations and practices aimed at limiting the spread.

“We wear masks because masks save lives,” Wexton said. “That is undisputed. It is the single most important thing that we can do to cut down on the transmission of COVID. I don’t wear a mask so much to protect myself as I do to protect my friends, my colleagues and my neighbors. And I hope that they will have the same courtesy for everyone. And if everybody wears a mask, we could knock COVID down in no time.”

Ansher added, “We know it’s difficult. Even the thought of Halloween being virtual is devastating for a lot of families for who that’s a great holiday. But yet we have to think about those that are at greater risk.”

Wexton said she’s also working to allow federal workers to carry over their annual leave to 2021, getting students back into classrooms and encouraging small business owners to have clearly defined workplace protections to avoid lawsuits by customers and employees.

The congresswoman touched on medication costs and fighting price gouging.

“We shouldn’t let drug companies and medication companies jack up the prices because the need is so great,” Wexton said. “So absolutely I look forward to looking into it more if we have a bill number. I will take a look at it and see about supporting it.”

Randall and Ansher noted the relatively high percent positivity rates in Loudoun and Prince William, both of which have rates higher than the statewide average. The two localities have targeted more vulnerable areas and residents with limited or no access to health care. As a result, they saw an uptick in positivity rates, the two officials said.Randall said the percent positivity rate in Loudoun was 8.4 percent as of Sept. 18. “We’d like to get that number down,” she said. “We always want that number to be lower than 5 percent.”

-$4 million in federal funds and $50,000 in county funds for emergency housing assistance

Once again Wexton is being very free and lose with the facts. If the Senate and White House are pushing back on relief measures it is because the Democrats have loaded a whole lot of non-Covid related items to their bills. Maybe if Nancy and the House Dems would have proposed pointed specific legislation only related to the impact of COVID and prioritized need their would have been a bill that could have had bi-partisan support.

Please be specific. I wish that the Senate would worry more about aid for those of us whose businesses and families are drowning than a replacement for RBG. I also wish the GOP in the Senate would show her more respect (and in the case of some respect in general). She served this country long before she was on the Court. She deserves better than the fight over her seat over what she has done.

She deserves respect absolutely, but that doesn't mean one person's wishes supersede what is constitutionally mandated, or why bother having laws and government? We could just do things based on whims. There will be a fight over seating the next justice regardless of when hearings are held or who is selected as a nominee.