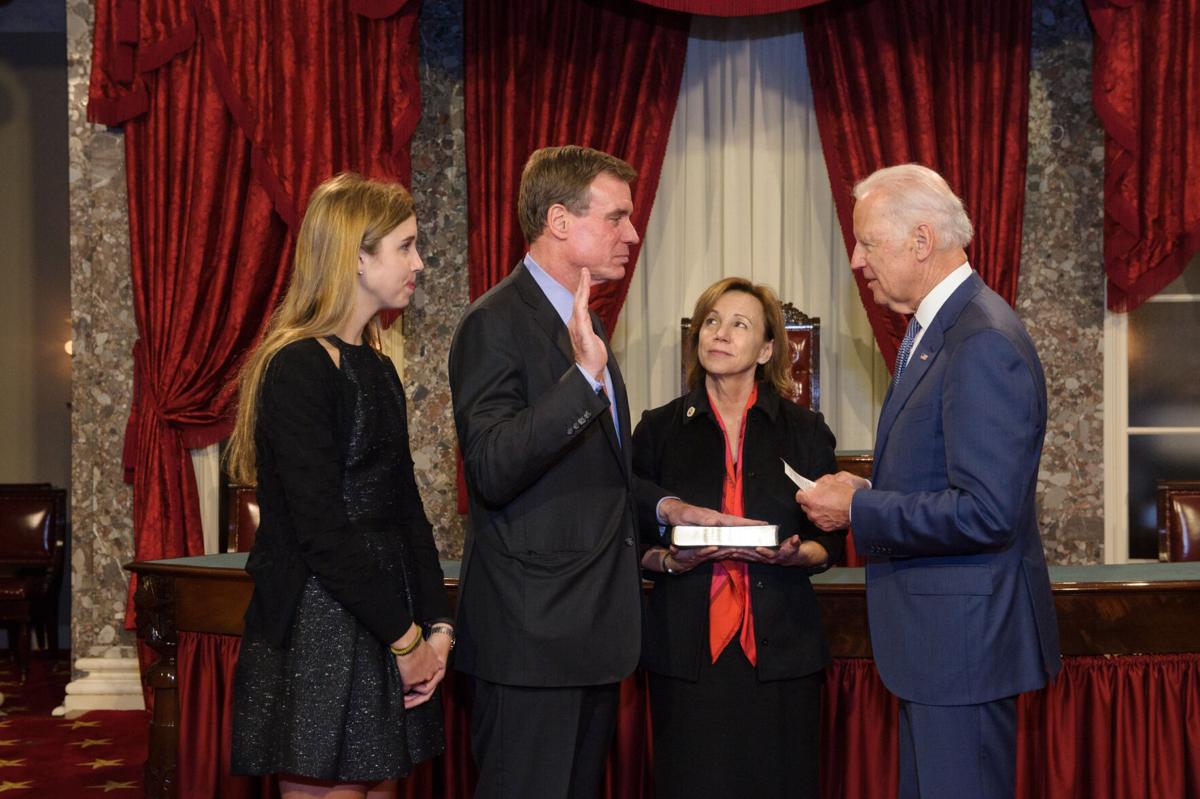 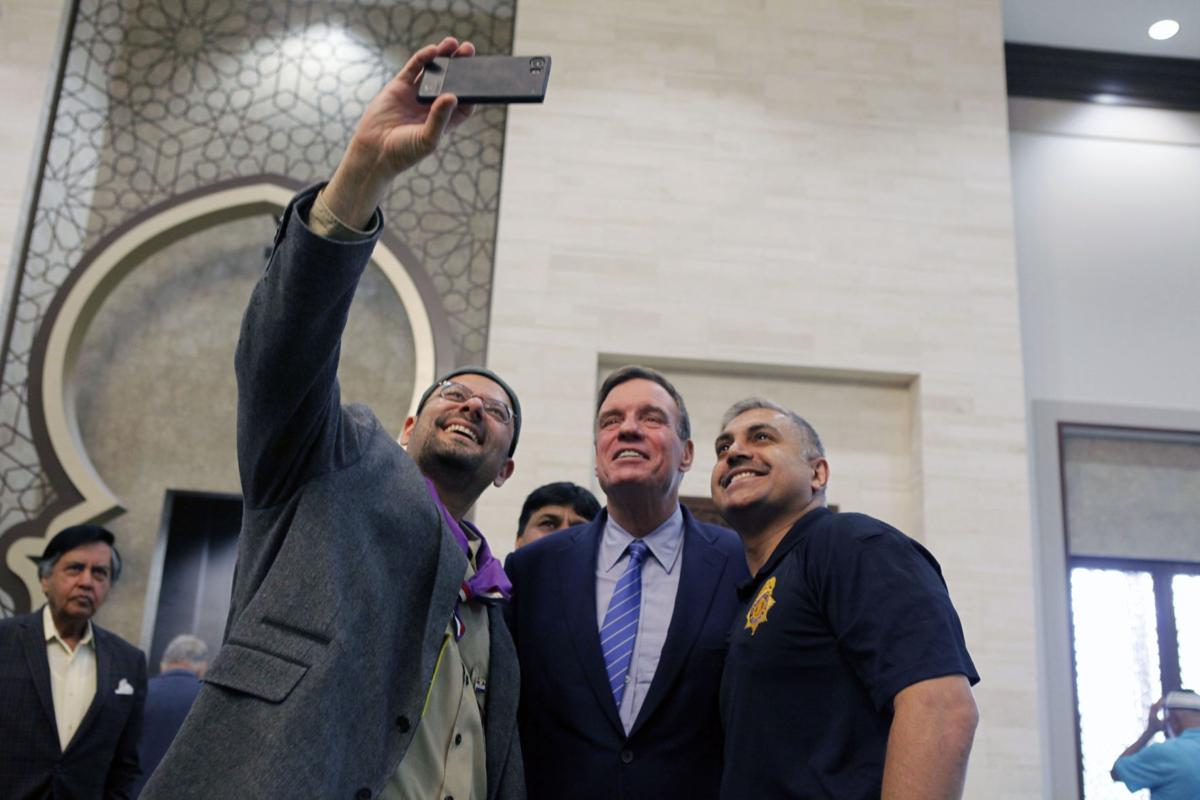 U.S. Sen. Mark Warner (D-Va.), center, posed for photos at the All Dulles Area Muslim Society Center in Sterling May 17. 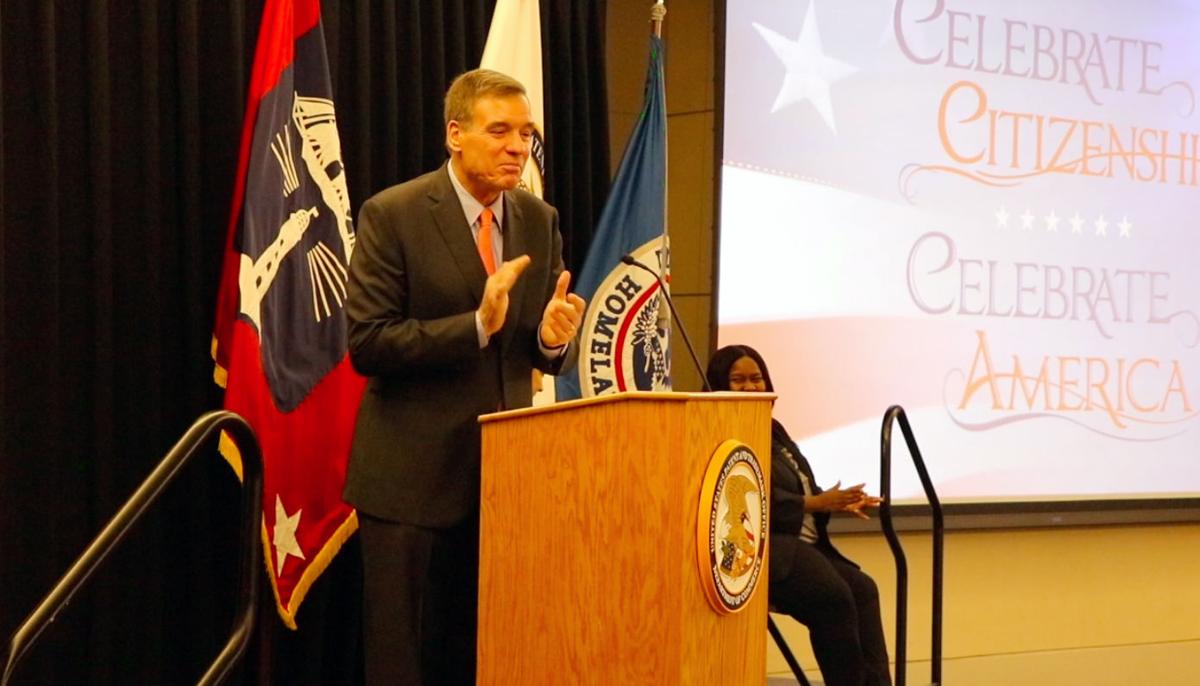 U.S. Sen. Mark Warner (D-Va.), center, posed for photos at the All Dulles Area Muslim Society Center in Sterling May 17.

U.S. Sen Mark Warner (D-Va.), as he shifts from vice chairman to chairman of the Senate Select Committee on Intelligence, said the panel is ready to get back to a sense of normalcy after the “horrific” attack on the U.S. Capitol two weeks ago.

Warner spoke with the Times-Mirror on the eve of Joe Biden’s inauguration and as his intelligence committee met to question Avril Haines, nominated to be director of national intelligence in the Biden administration.

Warner said the images from the U.S. Capitol being attacked were invaluable to Russian President Vladimir Putin, and the leadership in China, North Korea and Iran.

He said the intelligence committee understands the challenges facing the nation, including cyber threats, the rise of right-wing nationalism, and the rise of China.

Before Wednesday’s inauguration, then-President-elect Biden (D) shared his 100-day plan, including increasing the COVID-19 vaccination process, rejoining the Paris Climate Agreement, and creating a federal task force to reunite children with their parents who were separated at the border.

Warner attended Biden’s inauguration at the U.S. Capitol, tweeting that the nation is sending a message of hope across the world and is starting the healing of the nation. His hope is that Biden will engage with everyone.

He said Trump only engaged with his supporters and never made any effort to reach out to people who didn’t support him. Warner said he believes Biden will be different.

One area of Biden’s 100-day plan that may impact Loudoun County is revoking Trump’s travel ban to the U.S. from mostly Muslim-majority countries. About 33 percent of the county’s population is non-white based on 2019 Census data.

“Some of my most vivid memories of those first couple of weeks when Trump put that in place was a lot of folks from Loudon County coming out to Dulles to say, ‘Hey, we still welcome immigrants’ and looking at Loudoun County’s demography, that is something that I think makes a lot of sense, as well as the whole focus on immigration reform,” Warner said.

In the days leading to the inauguration, Biden also shared his proposed $1.9 trillion economic rescue package.

Warner said he is still reviewing Biden’s economic plans but feels confident a deal will get done in Congress. In the last relief bill, Warner was a prominent figure of a bipartisan group of lawmakers negotiating the $900 billion relief package.

Biden will lean on both the House of Representatives, where Democrats hold a slim majority, and the Senate, where Democrats will move into leadership positions after Democrats won the two Senate elections in Georgia earlier this month, he said.

“Bills still have to get 60 votes,” Warner said. “It’s going to take a willingness to work together, and I’ve never been more excited about the job than I am right now.”

If Trump runs for the House and wins in Florida and he is made speaker he could impeach Biden.

Warner is a loyal apparatchik and party follower. Biden will not reach out to anyone but his leftist handlers. There will be no unifying and only more hatred coming from the left wing against those who don't buy in 100% to their agenda.

Gas went up 14 cents since Wednesday I do not like your trajectory nor your version of normal.